Is the Axe About to Fall on American Apparel? 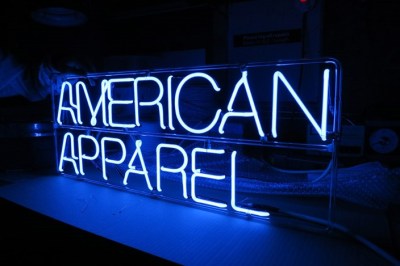 Source: courtesy of American Apparel image
A fabric supplier to American Apparel Inc. (NYSEMKT: APP) has filed suit against the clothing maker for non-payment of bills, likely in an effort to secure a place at the head of the line for what may be the company’s bankruptcy. The Knit House is seeking an unpaid balance of nearly $81,000 on a total bill of about $135,000.

While the amount involved is relatively small, the implications are not. American Apparel said in a filing with the U.S. Securities and Exchange Commission last month that it needs to raise more money and that it may not be able to do so.

According to a report at the New York Post, sources said The Knit House claims “there is growing concern among the retailer’s vendors that it will file for bankruptcy protection, which would leave them out in the cold.”

Raising the necessary cash is problematic. Shareholders have already rejected a management proposal to issue more shares. The company has been sued by founder and former CEO Dov Charney and the legal costs are eating into cash as well. Standard General, which has backed American Apparel with loans, accused the former CEO in a countersuit against Charney filed in July of campaigning to reduce the value of the shares he ceded control to.

Charney is the company’s largest shareholder, but voting control of the shares was passed to Standard General last year. Again according to a previous report in the Post, Charney is trying to round-up investors to help him buy back the company if it should fall into bankruptcy.