The Six Best States to Flip a House 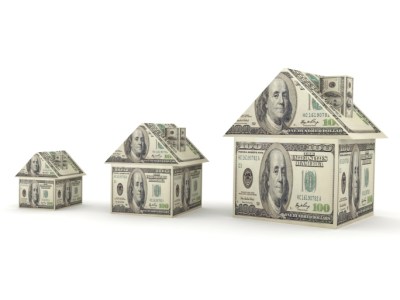 Source: Thinkstock
In 2013, investors bought more than 156,000 homes, only to fix them up and quickly resell them for an average profit of $58,081. Home flipping became increasingly popular as the housing market began to recover. However, While the number of U.S. home flips increased in 2013 compared to 2012, home flips as a proportion of all home sales declined from 7.1% of sales in the fourth quarter of 2012 to just 3.8% of sales in the fourth quarter of 2013.

Daren Blomquist, vice president at home data site RealtyTrac, explained, “We saw this surge in flipping that corresponded with the market bouncing off the bottom. And now that home prices are beginning to moderate, flippers are beginning to pull back on their activity. I think another thing causing flippers to pull back is there’s not as much inventory available, particularly distressed inventory at a discounted price.”

Where homes are available, however, substantial profits can still be made. In six states, home flippers made an average profit of considerably more than $80,000 in 2013. In Massachusetts, the gross profit on a flipped home was more than $100,000. 24/7 Wall St. examined the six states where home flipping was most lucrative in 2013.

Buying homes to flip when market prices are relatively high may mean more overhead, but the fact remains that the states and metro areas with the largest average profits on home flips were the more expensive housing markets. All of the six most profitable states to flip a home in 2013 had among the highest average purchase prices that year. For example, California homes intended to be fixed up and resold for a profit cost an average of $284,650, nearly $100,000 more than similar houses across the U.S. Of course, they were then resold for an average price of $381,221. “High prices result in higher profits,” confirmed Blomquist. “These states are basically the highest-priced markets in the country.”

Two of the markets on this list, New York and New Jersey, may be lucrative and popular because a large number of properties became available to flip when the region was struck by superstorm Sandy in October, 2012. Notably, the second-most lucrative housing market to flip last year was Ocean City, New Jersey, where several hundred homes were flipped for an average profit of more than $158,000. “I would suspect Sandy had some impact.”

Blomquist added. “We saw a big increase in foreclosure activity in these areas, and some of that is related to properties homeowners were walking away from. Those homes are prime candidates for flippers. They probably have some damage that other buyers would shy away from, but a flipper would be willing to take on.”

24/7 Wall St. examined the six states with an average gross home flip profit of at least $80,000 in 2013, based on data from RealtyTrac. RealtyTrac also provided average flip price, average gross profit, and the proportion of all home sales that were flips for 2011 and 2012, and Q4 2013 for States and U.S. Metro areas. We also reviewed RealtyTrac’s foreclosure rates for 2013.

These are the six best states to flip a house.