North Carolina’s economy grew at a 2.7% pace in 2015, the 10th fastest growing state economy. This was an improvement from 2014, when the state’s economy grew by 2.1%, which was 21st in the country that year. This economic growth pushed the state from the 10th largest economy in the country to the ninth, replacing Georgia. The finance, insurance, and real estate as well as the professional and business services industries contributed significantly to the state’s economic growth — expanding by 3.5% and 6.3%, respectively, in 2015. The state’s professional industry has recorded a 4% or higher growth rate in five of the past six years.

Nevada’s economy grew at a 2.8% pace in 2015, slightly faster than the national 2.4% growth rate. Growth was largely driven by the 7.4% expansion of the finance, insurance and real estate industry, the largest in the state by economic output. The mining industry, which contracted by 13.8%, was one of the biggest drags on the state’s economy. Like all states with rapid economic growth, the number of people who call Nevada home is going up. The state’s population increased by 53,000 in 2015, a 1.9% increase.

Despite relatively rapid economic expansion, Nevada’s economy remains relatively weak. The state’s 6.7% 2015 unemployment rate is the highest in the country and far higher than the 5.3% nationwide rate.

Washington’s economy grew at a 2.9% pace last year, surpassing the 2.4% national growth rate. One of the biggest contributions to the state’s economy came from its retail sector, which expanded by 9.4%. According to the National Retail Federation, a retail trade association, the retail industry is Washington’s largest private sector employer, directly supporting about one in every five jobs in the state. Other major contributions to Washington’s economic growth came from its information sector and its finance, insurance, real estate, rental, and leasing industries. 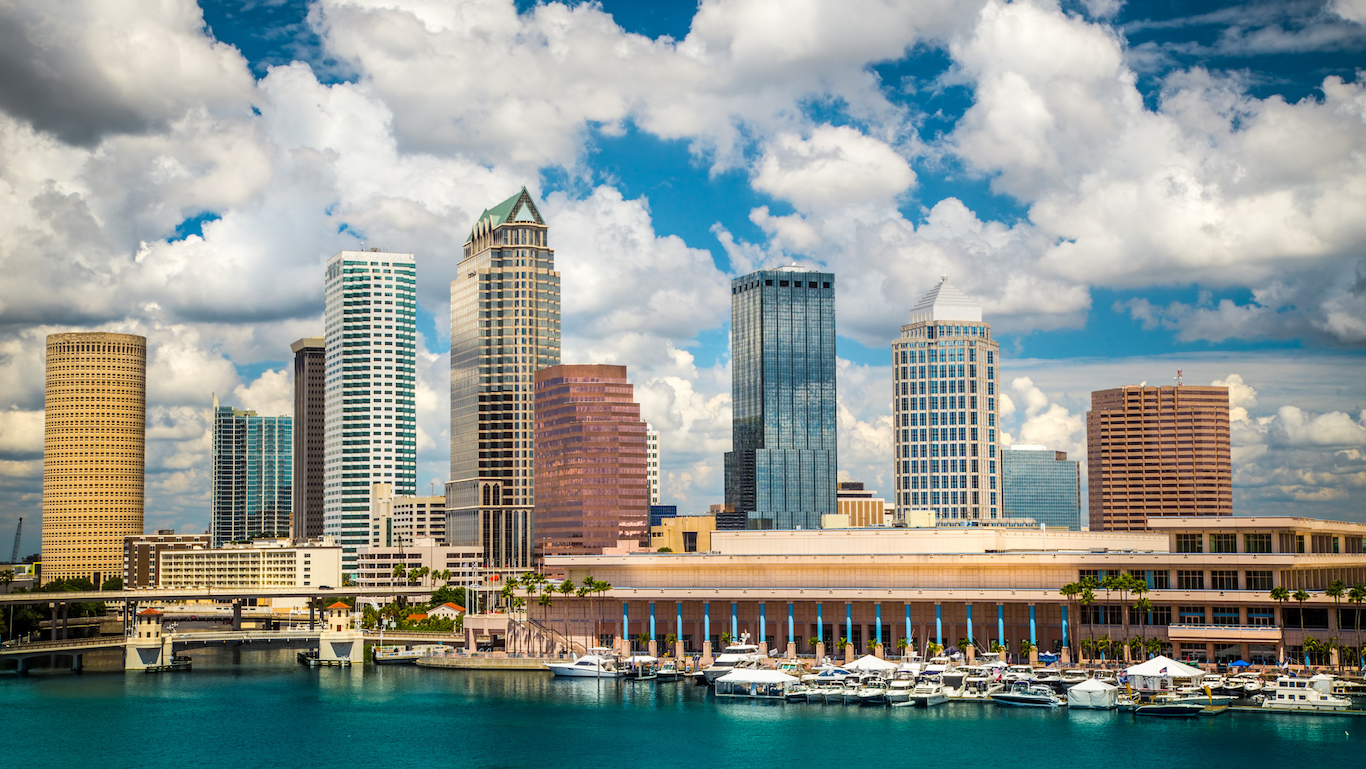 Florida is one of just seven states where GDP grew by at least 3% in 2015. The Sunshine State’s GDP, which remains the fourth largest in the country, increased to approximately $790 billion. Population tends to increase more rapidly in states with more robust economic growth, and Florida is no exception. The state’s population increased by 1.8% in 2015, the fourth largest growth in the country.

Utah’s economy grew at a 3.3% pace in 2015, faster than all but five other states. One of the largest contributions to the state’s GDP came from its finance, insurance, real estate, rental, and leasing sector, which expanded by 4.5% over the year. Nationwide, the sector expanded by a much slower 1.8%.

Utah’s rapid economic growth may have helped maintain low unemployment in the state. Just 3.5% of Utah’s workforce is unemployed, much less than the 5.3% national 2015 unemployment rate.