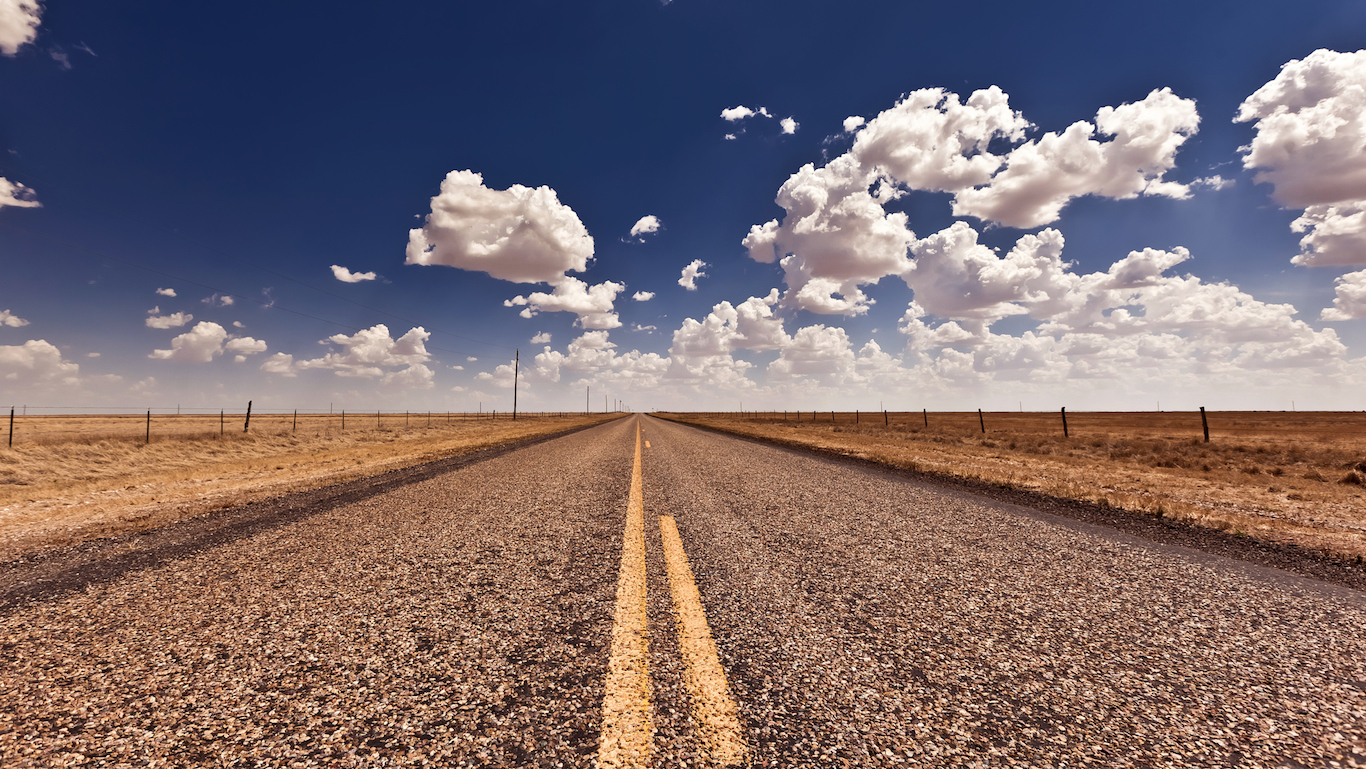 Formerly a contested territory between U.S. and Mexico, violence has a uniquely substantial role in Texas history — even by American standards. Today, the state is still among the most violent in the country. There are 406 violent crimes a year in Texas for every 100,000 residents, considerably more than the national rate of 366 incidents per 100,000 people. Texas’s incarceration rate of 616 prisoners for every 100,000 people is one of the highest in the country.

Incarceration rates are one way to approximate the level of violence of a given society. Though the U.S. locks up more of its citizens than any other country in the world, the incarceration rate in Georgia is even higher than the country’s as a whole. For every 100,000 state residents, 524 are serving sentences of at least a year in state prisons compared to a national incarceration rate of 490 per 100,000 people.

Maryland is one of the most violent states in the country, with a violent crime rate of 446 for every 100,000 residents. The incidence of violence, however, appears to be concentrated in some parts of the state. The Baltimore metropolitan area, for example, has a violent crime rate of 588.5 incidents for every 100,000 residents. Maryland spends more of its resources dealing with violence than most states. The state spends $230 per capita on its correctional institutions, the fourth highest expenditure of all states. Maryland has nearly 350 law enforcement officials per 100,000 residents, the sixth largest proportion in the country. 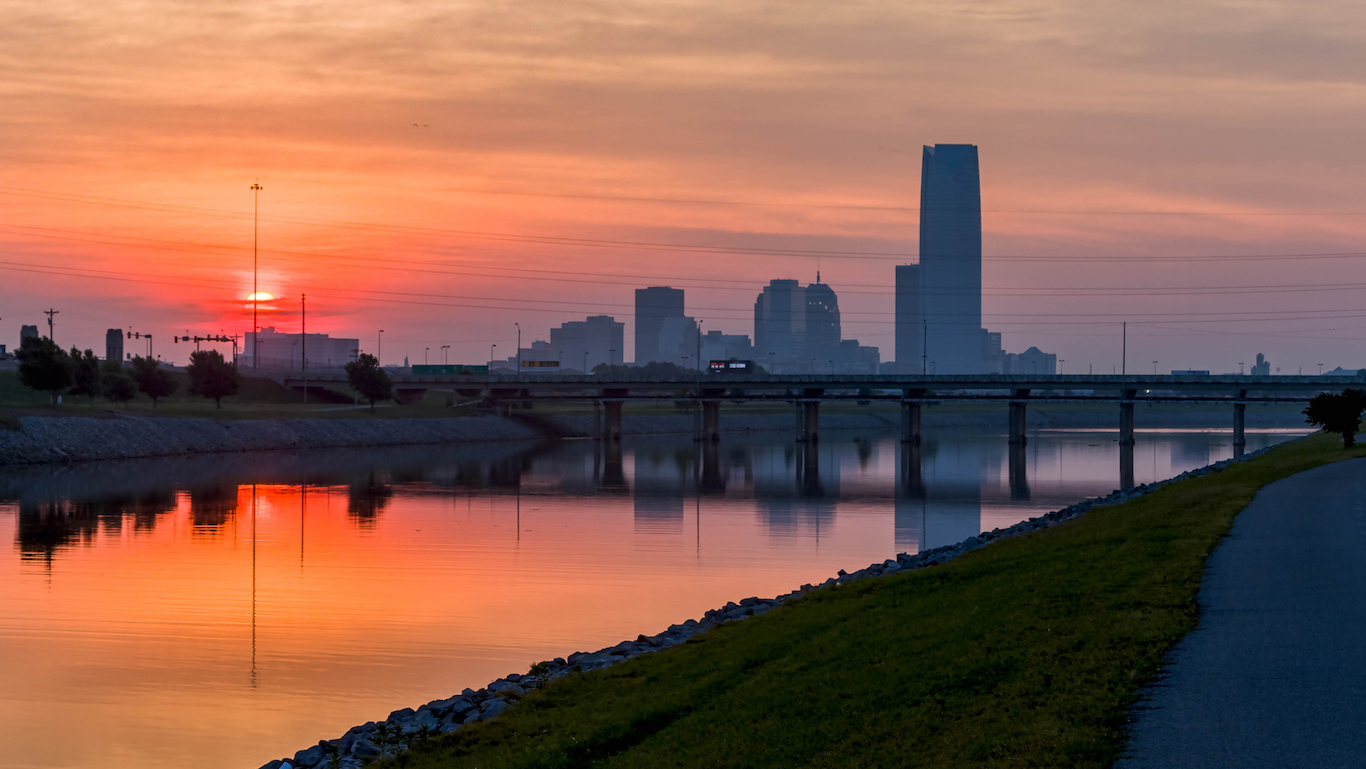 Oklahoma has one of the higher violent crime rates in the country, at 406 incidents for every 100,000 residents. Cases rape and aggravated assault, which fall under the umbrella of violent crime, are more common in the state than in the nation as a whole.

Even for a place where crime is relatively common, Oklahoma incarcerates a disproportionately large share of its residents. For every 100,000 residents, there are 713 inmates of state correctional facilities in Oklahoma, a higher share than in all but two states. 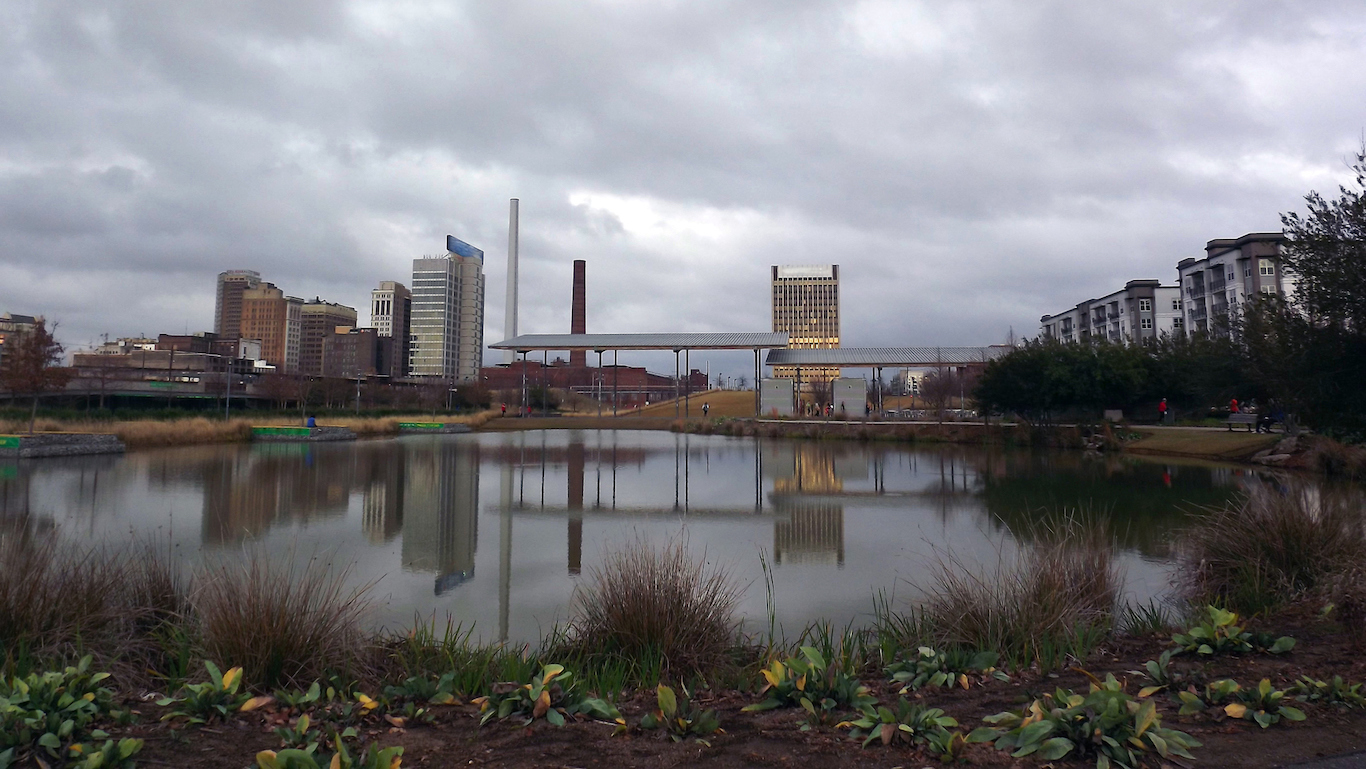 Many of the most violent states, including Alabama, are in the South. In a perfectly peaceful society, no one would own a gun. Handguns are primarily purchased for self defense, and a disproportionate number of suicides involving a firearm suggests a higher than average handgun ownership rate. In Alabama, 68.4% of all suicides involved a firearm, the second highest rate of any state in the country.

Yet another indication that Alabama is an especially violent state is the high incarceration rate. For every 100,000 state residents, 655 are serving a sentence of at least a year in a state prison, the fifth highest incarceration rate in the country.