Cities With the Highest Poverty Rates 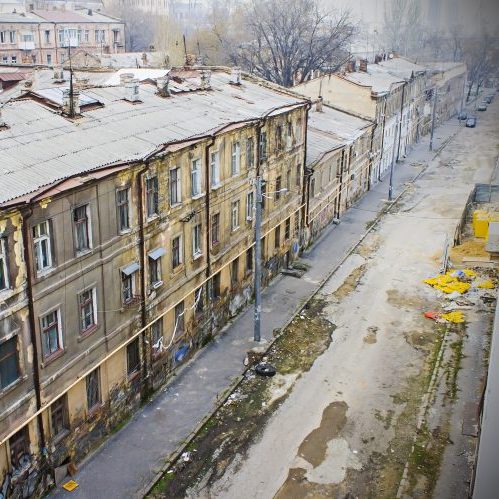 Source: Thinkstock
The number of Americans living in poverty fell by 3.5 million to 13.5% of the population in 2015. While the poverty rate is the lowest since 2008, it is still higher than pre-recession levels.

More than 43 million Americans still live in poverty. And while financial hardship exists in every city, some areas have much higher poverty rates than others.

24/7 Wall St. reviewed data from the U.S. Census Bureau to determine the cities with the highest poverty rates. The 56-city list consists of every U.S. metro area where more than one in five residents lives in poverty. The metro area with the highest poverty rate is Brownsville-Harlingen, Texas, with 32.4% of residents living below the poverty line.

Click here to see the cities with the highest poverty rates.

The income threshold that determines the poverty line for a family is determined by family size and composition. For example, the threshold for a family of four consisting of two adults and two children is $24,036 a year — if the household’s total income is below that threshold, it is considered to be living in poverty. For an individual younger than 65 years of age living alone, the poverty threshold drops to $12,331.

The poverty threshold does not account for factors like cost of living and is based on income levels before subsidies are received from government assistance programs like SNAP. Because it is cheaper to live in 54 of the 56 cities on this list than it is on average across the nation, the low incomes may be slightly more manageable. Programs like SNAP can provide further assistance by securing basic needs for low income individuals and families.

To determine the cities with the highest poverty rates, 24/7 Wall St. reviewed data from the U.S. Census Bureau. The national poverty rate is from the Current Population Survey, and data for metropolitan statistical areas is from the American Community Survey. Household and family composition figures are also from the ACS. Single mother family refers to a single, female householder raising her own children. All data from the Census Bureau is from 2015. Unemployment rates are from July 2016 and are from the Bureau of Labor Statistics. Regional price parities (cost of living) in each metro area came from the Bureau of Economic Analysis and are as of 2014. All data is as of the most recently available period.

These are the cities with the highest poverty rates.