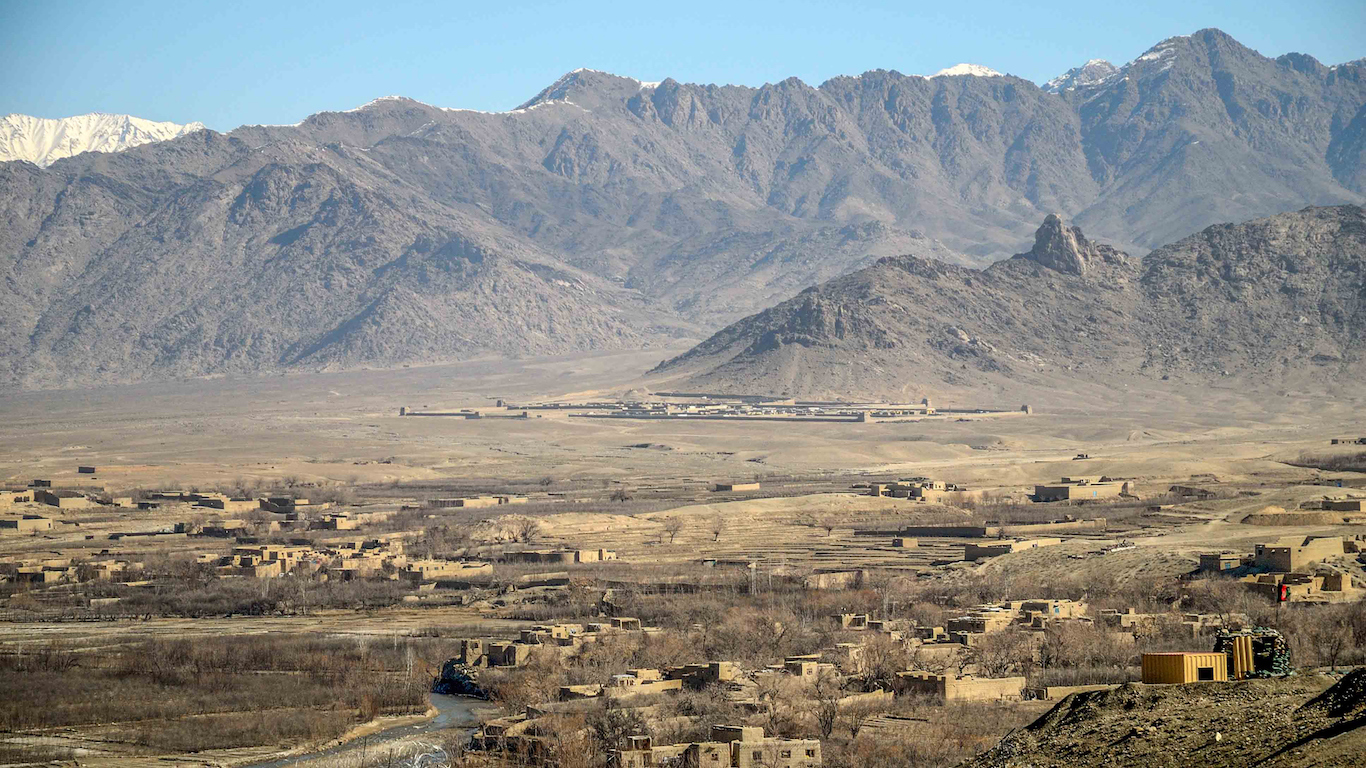 Environmental conservation efforts are often undertaken at the national level, usually requiring an organized system of government with the authority to enact and enforce such policies. In Afghanistan, which has been in the midst of destabilizing conflict for years, violence and factionalization have likely made environmental protection both a non-priority and a logistical impossibility. For example, just 0.46% of the area is protected for environmental reasons under law, and according to the EPI, the country’s ecosystem as a whole is in the worst shape of nearly any country on earth. 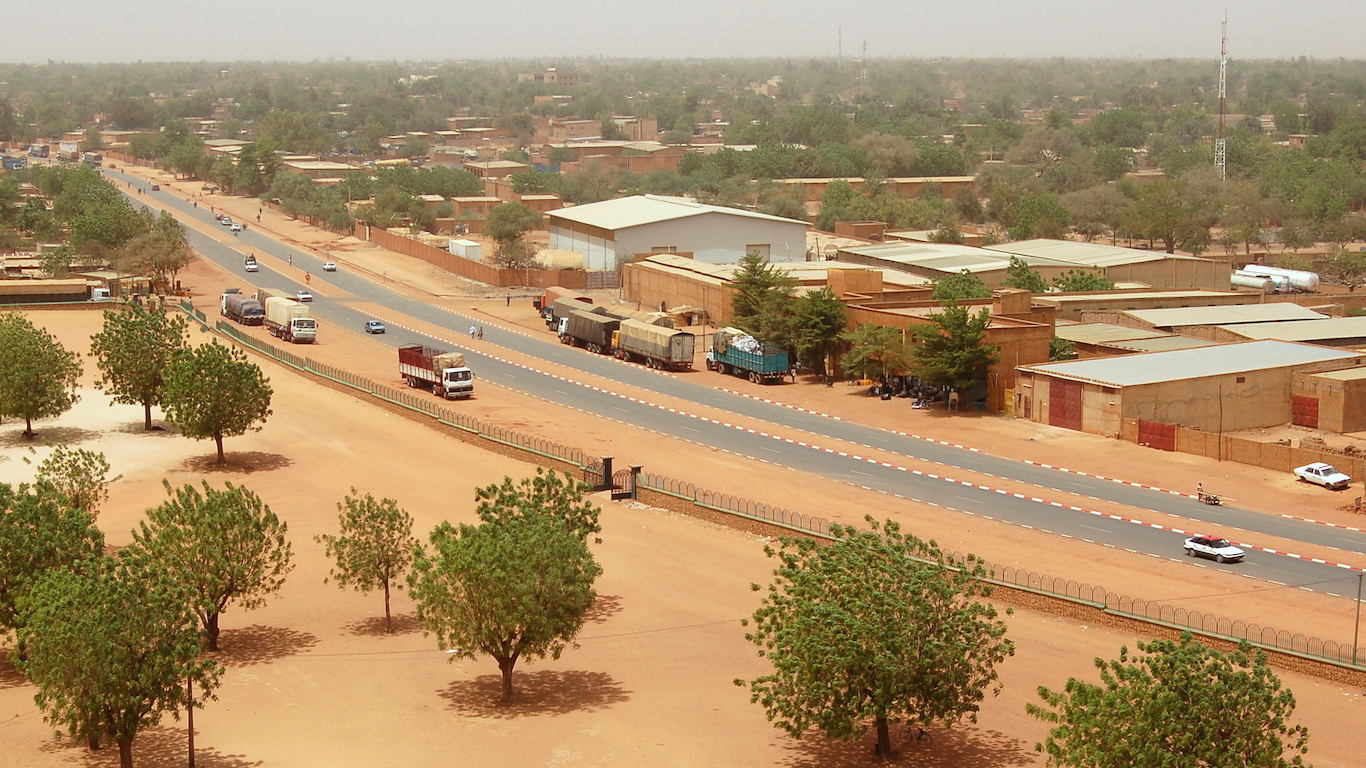 Stable government is a prerequisite of environmental stewardship. In Niger, sustainable development has taken a backseat to the violence, poverty, and numerous other problems that have plagued the country for most of its independent history. Only 3.1% of Niger residents have cooking fuels and technology that allows them to prepare food without emitting harmful pollutants, compared to 100% of U.S. citizens. Niger has some of the worst pollution in the world overall, and the Institute for Health Metrics and Evaluation estimates that the entire country’s population is exposed to levels of air pollution beyond global health guidelines.

24/7 Wall St.
Countries With the Fastest Growing and Shrinking Militaries 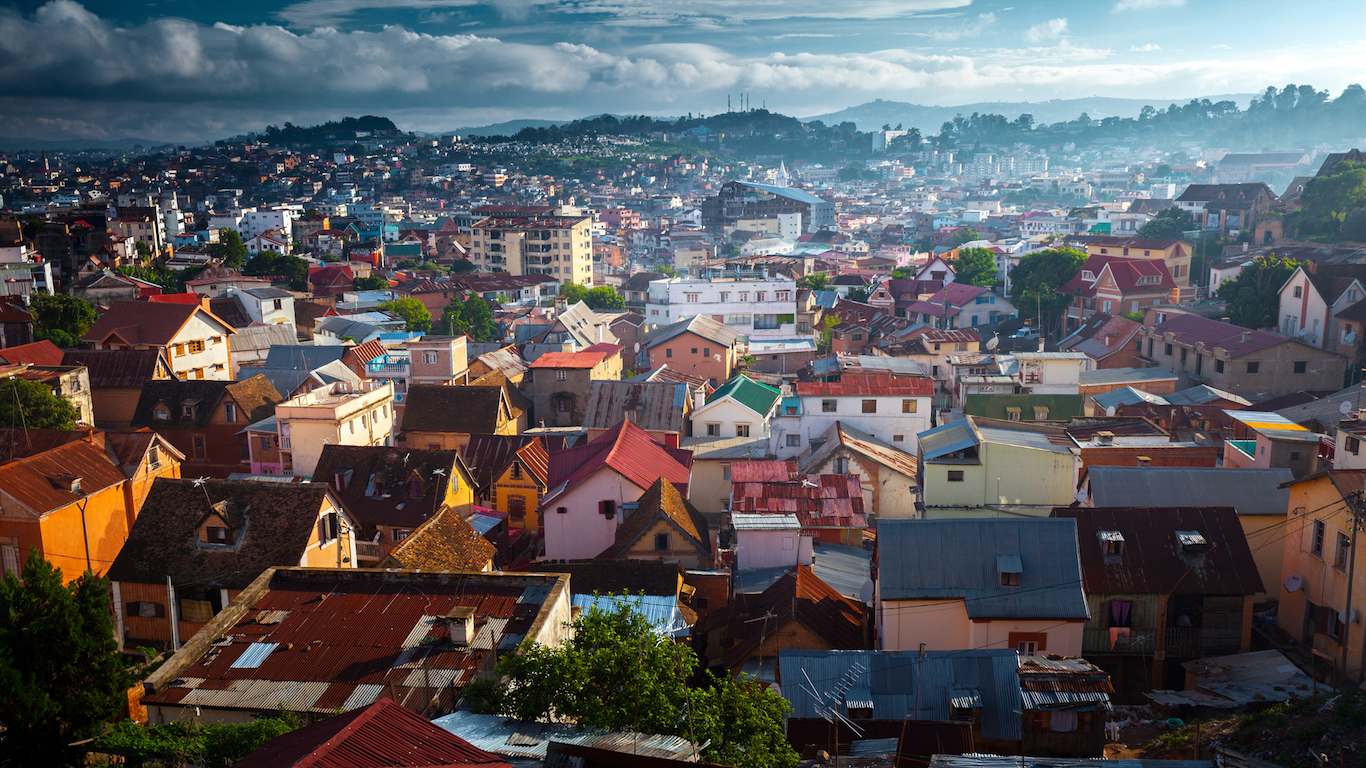 According to the World Wildlife Fund, widespread deforestation and illegal trade of Madagascar’s rich wildlife has put many species at risk. There are 120 threatened species on the island nation, the second most after Indonesia. The nation’s government appears to do relatively little to protect its endangered flora and fauna. Less than 2% of Madagascar’s total area is protected.

Like many of the less environmentally-friendly countries on this list, Madagascar is extremely poor, likely resulting in a lack of prioritization for environmental protection seen in more affluent nations. 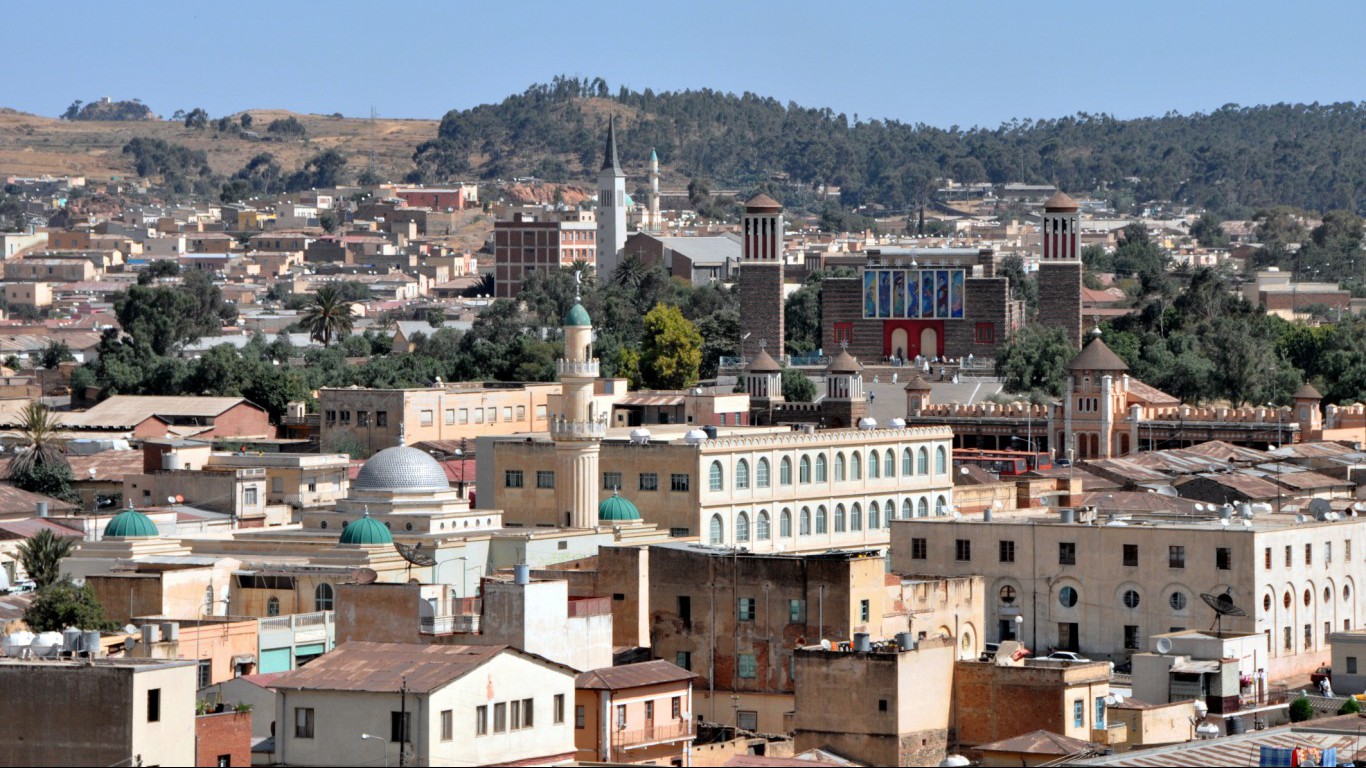 Sound environmental policy can only be developed and implemented by a well-functioning government, and like many other countries at the bottom of this list, Eritrea has serious governance problems. Only about 3% of the country’s territory, both land and water, is protected. Eritrea has some of the worst pollution in the world overall, and the Institute for Health Metrics and Evaluation estimates that the entire country’s population is exposed to levels of air pollution beyond global health guidelines. Poor environmental conditions extend further as only about one in four people in the country have adequate access to clean drinking water. 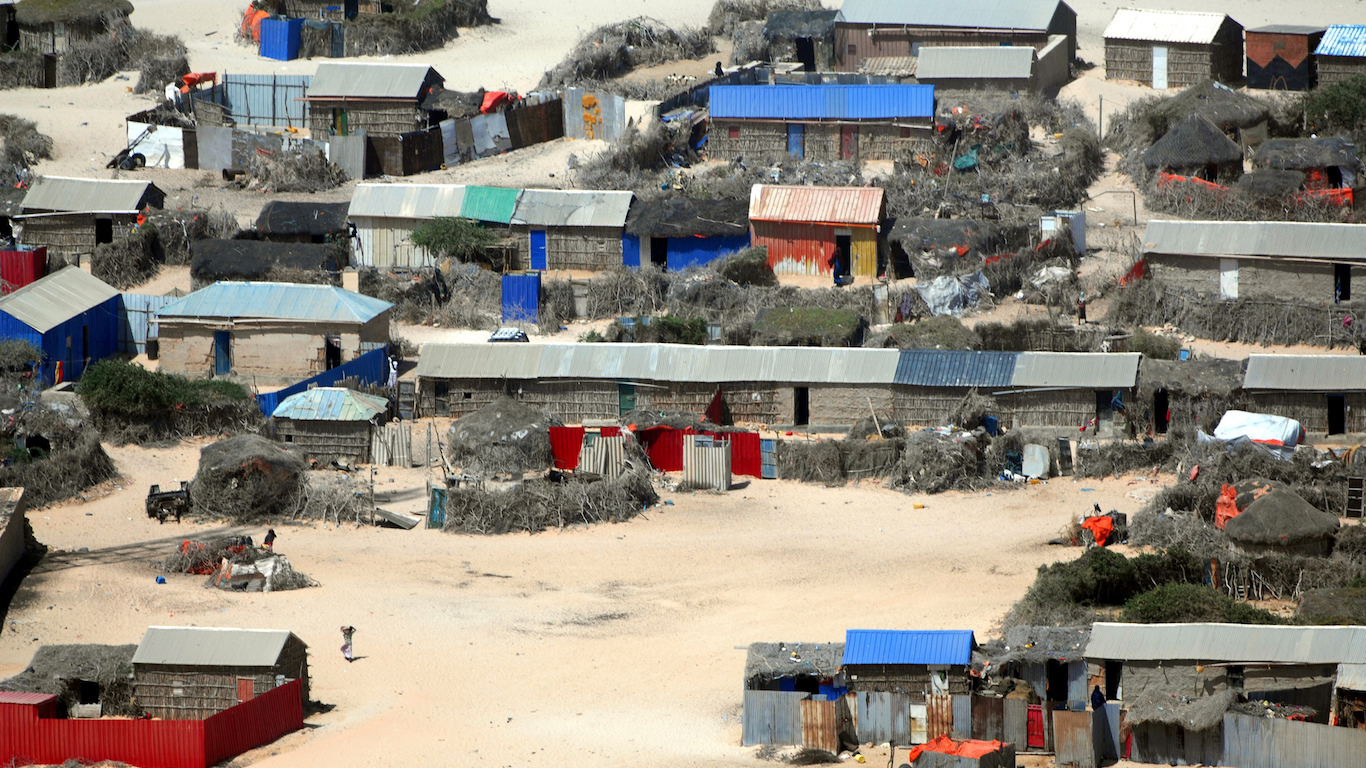 The EPI ranks Somalia as the least environmentally conscious nation in the world. In its discussion of its findings, the organization writes that most of the poor ranking countries are part of a “list of struggling states whose problems extend beyond their inability to sustain environmental and human health.” War-torn, destitute Somalia, which has a 73% poverty rate, certainly falls into this category as well. Less than 1% of Somali territory is protected for purposes of environmental conservation by law. As is the case with many developing nations, while the nation has a minimal carbon footprint, Somalia’s water sanitation system is abysmal. The EPI estimates that clean drinking water is unavailable to practically all of the the country’s 11.3 million residents.