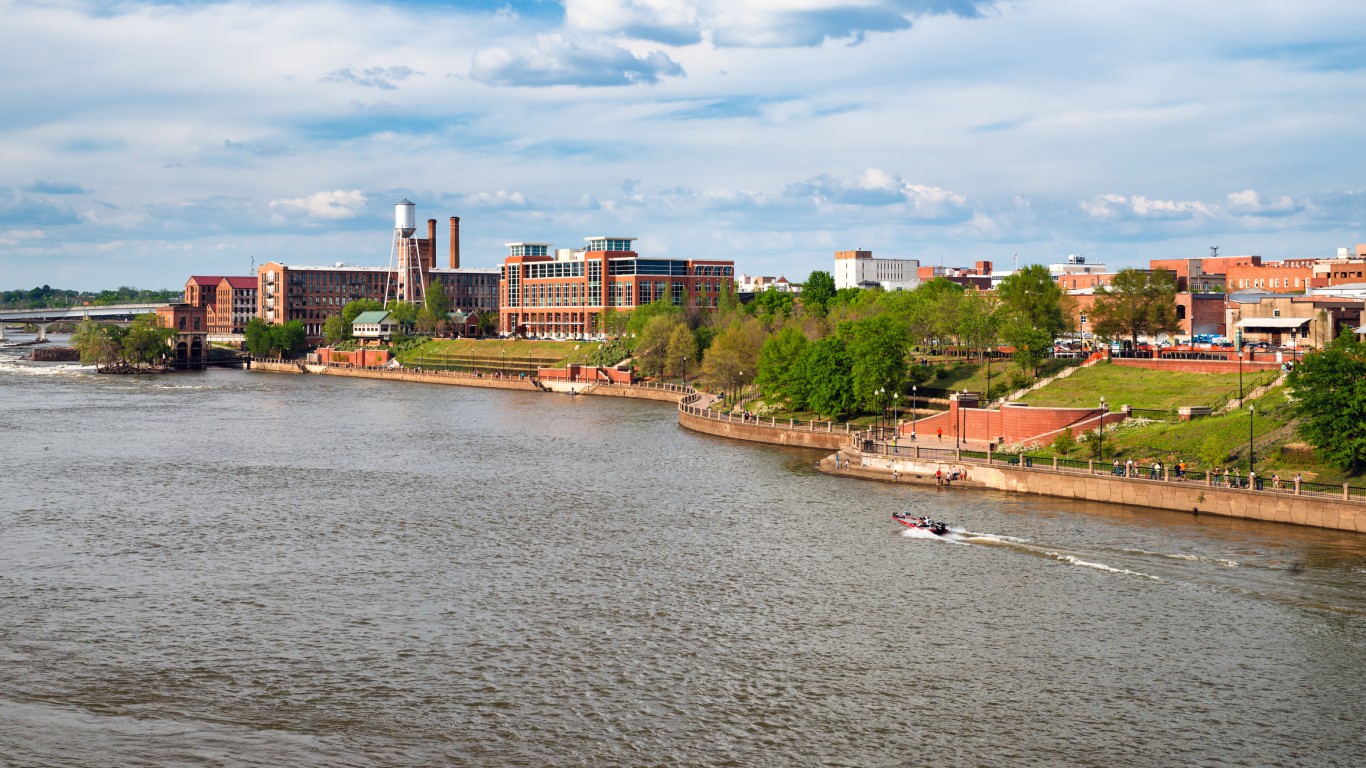 While it is not the only factor, wealth can have a significant impact on a population’s quality of life. The typical Columbus household earns just $41,859 a year, much lower than the median income nationwide of $55,775. In addition, goods and services are about 4% more expensive on average in Columbus than across the country as a whole. Further, it appears the regional economy is getting worse. While national employment increased by 4% between 2013 and 2015, employment in Columbus declined by 2.9%, the largest decline of the 551 cities reviewed. 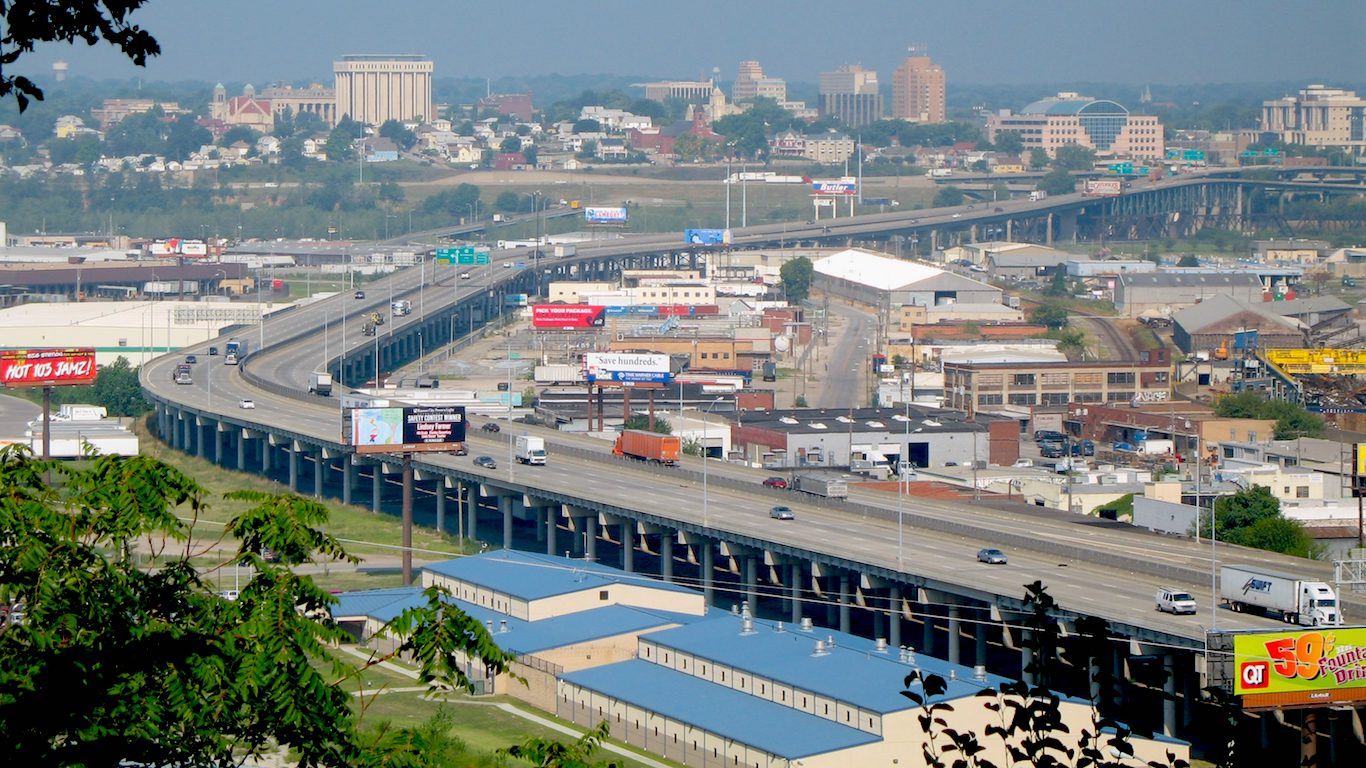 While low property values can help make homeownership a reality for financially insecure individuals, cheap housing is more often indicative of a weak economy and poor living conditions — and this appears to be the case in Kansas City. The typical home in the city is worth just $87,600, far less than the $194,500 national median home value.

Relative to the size of its population, Kansas City has very few amenities and attractions that might enrich the lives of residents. There are fewer bars, libraries, recreational centers, museums, and hotels per capita in Kansas City than there are in the U.S. as a whole. There are just 120 restaurants per 100,000 Kansas City residents, among the fewest food establishments per capita of any U.S. city. 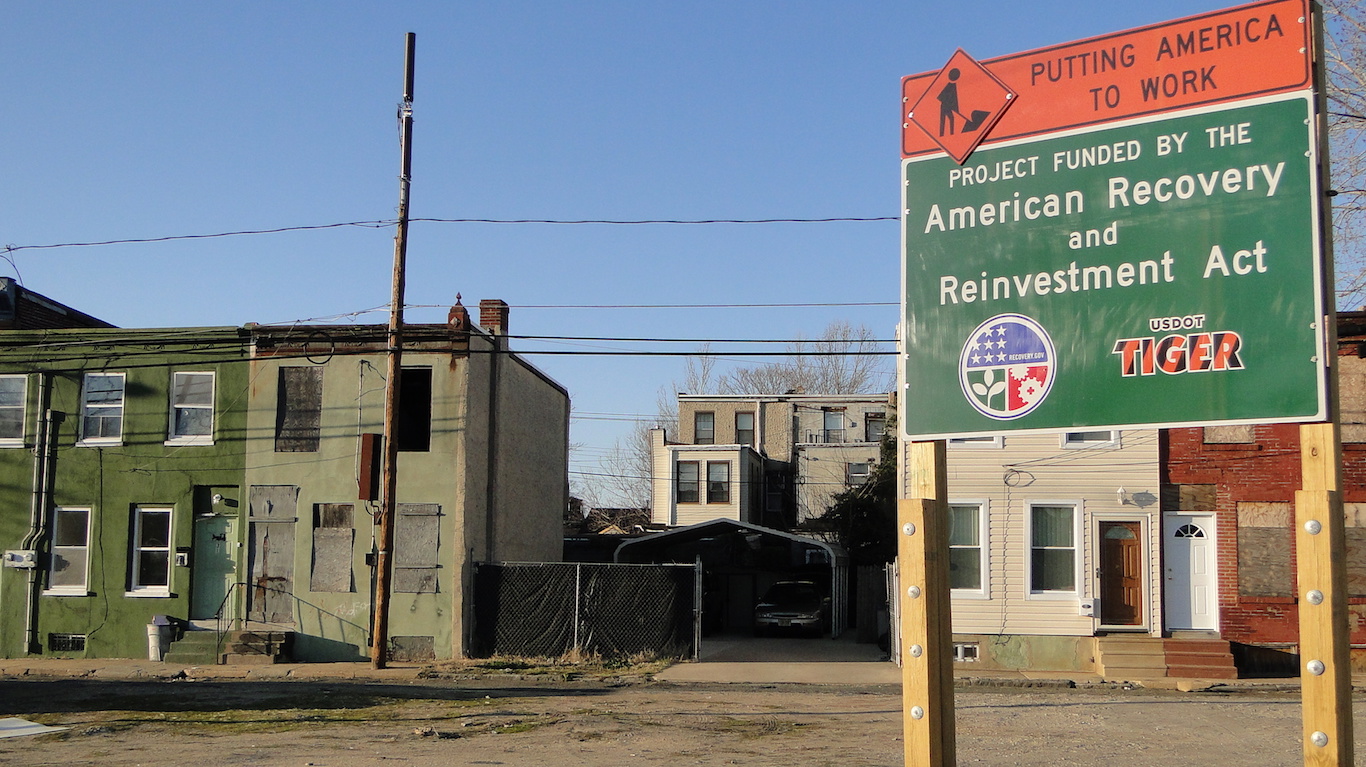 Once a major manufacturing hub and economic powerhouse, Camden is today the poorest city in New Jersey and among the poorest nationwide. The typical Camden household earns just $25,643 a year, less than half the national median household income of $55,775. As many of the city’s wealthier residents have left Camden in recent decades, mostly poor residents who cannot afford to move elsewhere remained. More than 40% of Camden residents live in poverty, one of the highest poverty rates of any U.S. city.

While 30.6% of adults nationwide have at least a bachelor’s degree, just 9.5% of adults in Camden have a four-year college education. Camden’s shallow talent pool has hindered efforts to rebuild the area’s economy and is one likely explanation for the city’s high unemployment rate of 11.1% — more than double the 5.3% national jobless rate. Since the Economic Opportunity Act of 2013 was passed, however, New Jersey has provided $1.3 billion in tax credits to incentivize companies to relocate to Camden, about one-third of the $4 billion in program funding approved statewide. 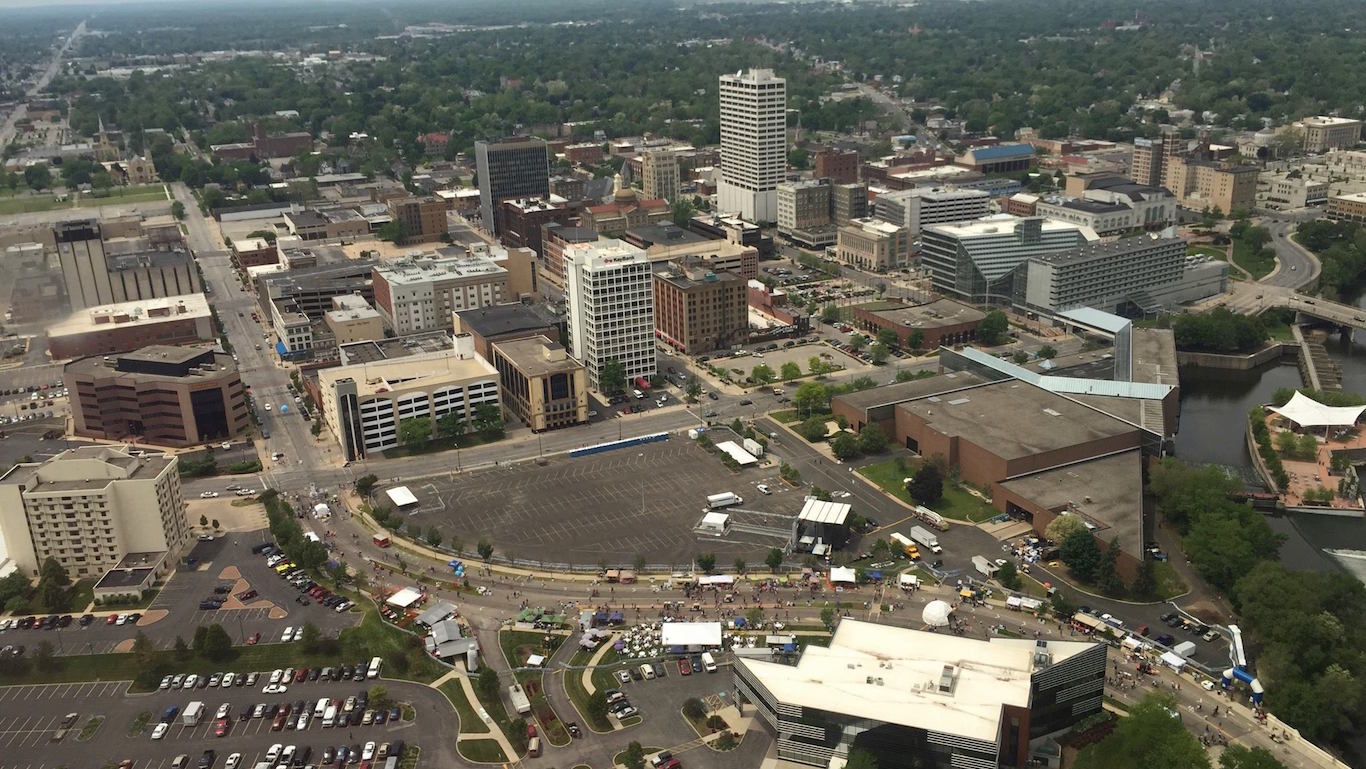 While South Bend was once a major manufacturing center, the sector has contracted over the past few decades as the industry declined nationwide. The typical household in South Bend today earns just $36,273 a year, far less than the $55,775 national figure. The city’s property values fell in tandem with the worsening economy and shrinking population, and the median home value in South Bend today is just $79,500, among the lowest of any large U.S. city.

The city’s population has declined substantially since peaking in 1960, due to suburbanization and the loss of manufacturing giants such as Studebaker and Oliver Farm Equipment. In recent years, however, the population has risen for the first time in nearly half a century, rising 7.0% between 2013 and 2015.

By many measures of quality of life, Shreveport is the worst city to live in Louisiana and among the worst nationwide. While the city’s economy thrived in the first half of the 20th century due to an active oil industry, today Shreveport’s economy is largely service-based and is battling high unemployment. The city’s unemployment rate of 7.1% is far higher than the state’s unemployment rate of 6.3% and the national rate of 5.3%.