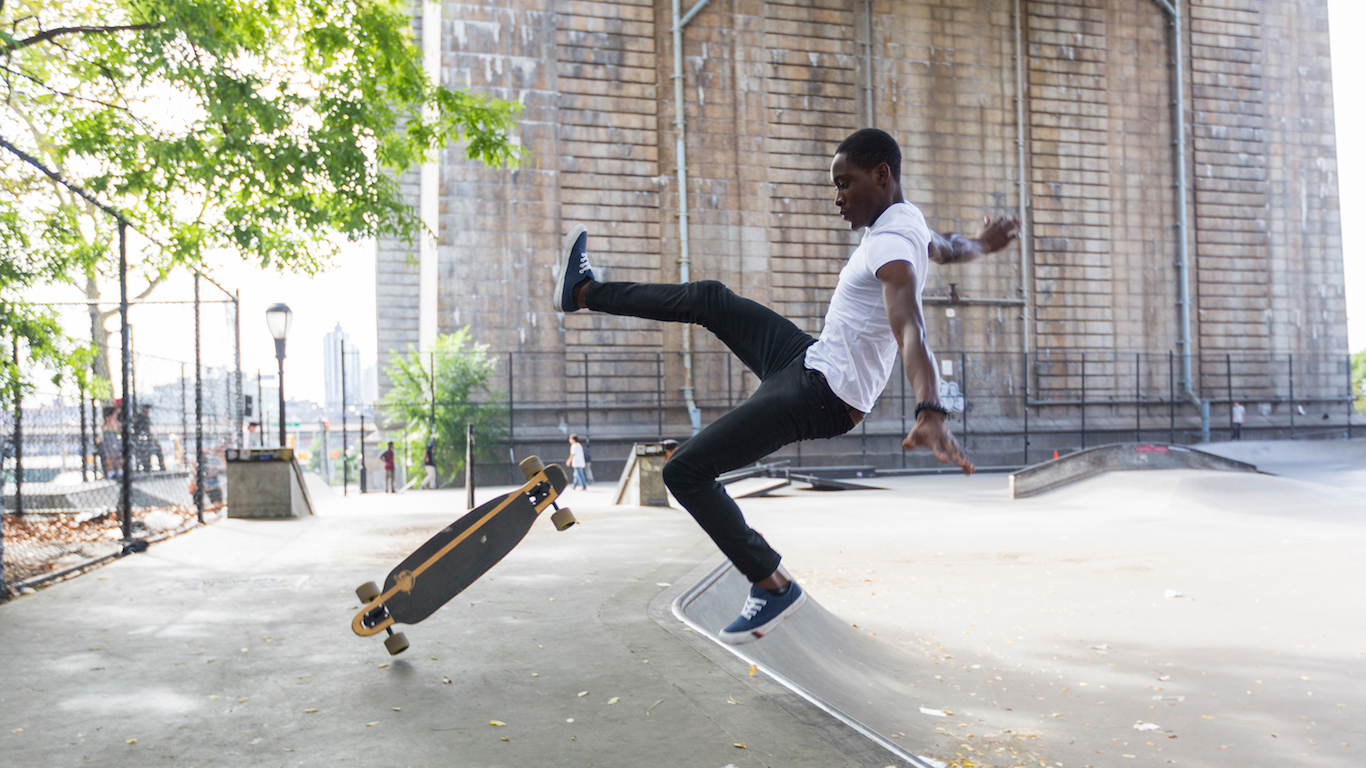 Approximately 500 young people fell to their death in 2015, accounting for 0.7% of all deaths of Americans between the ages of 18 and 34. While accidental falls are one of the leading causes of death for young people, they are still about nine times less likely to die from a fall than the average person. Of the 1.3 million falls by 18 to 34 year olds reported to emergency rooms in 2015, only 0.04% were fatal. By comparison, 0.36% of the 9.4 million falls by people of all ages ended in death. While 18 to 34 year olds account for 23.4% of the U.S. population, they account for just 1.5% of all accidental falling deaths. 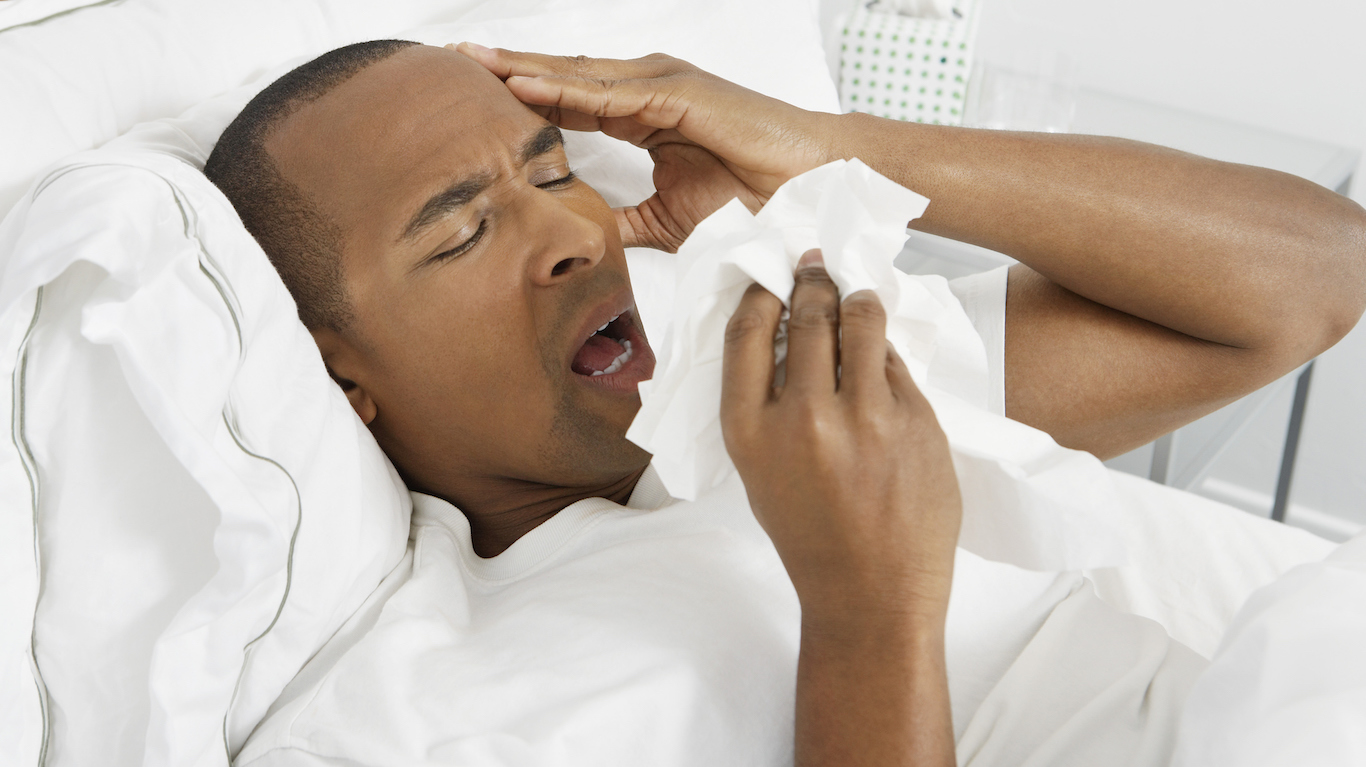 While most Americans recover from the flu within two weeks, the disease can sometimes turn deadly. The people at the highest risk of death or prolonged flu symptoms include children younger than 2 years old, adults 65 and over, and pregnant women. Influenza is the most common viral cause of pneumonia, which can cause fatal bleeding in the lungs. Influenza and pneumonia killed 546 Americans between the ages of 18 and 34 in 2015, 0.7% of all deaths in the age cohort. Still, young people are far less likely to die from influenza or pneumonia, and diseases in general, than the average American. The age cohort of young adults accounts for just 1.0% of the 57,062 Americans who died from influenza or pneumonia in 2015. 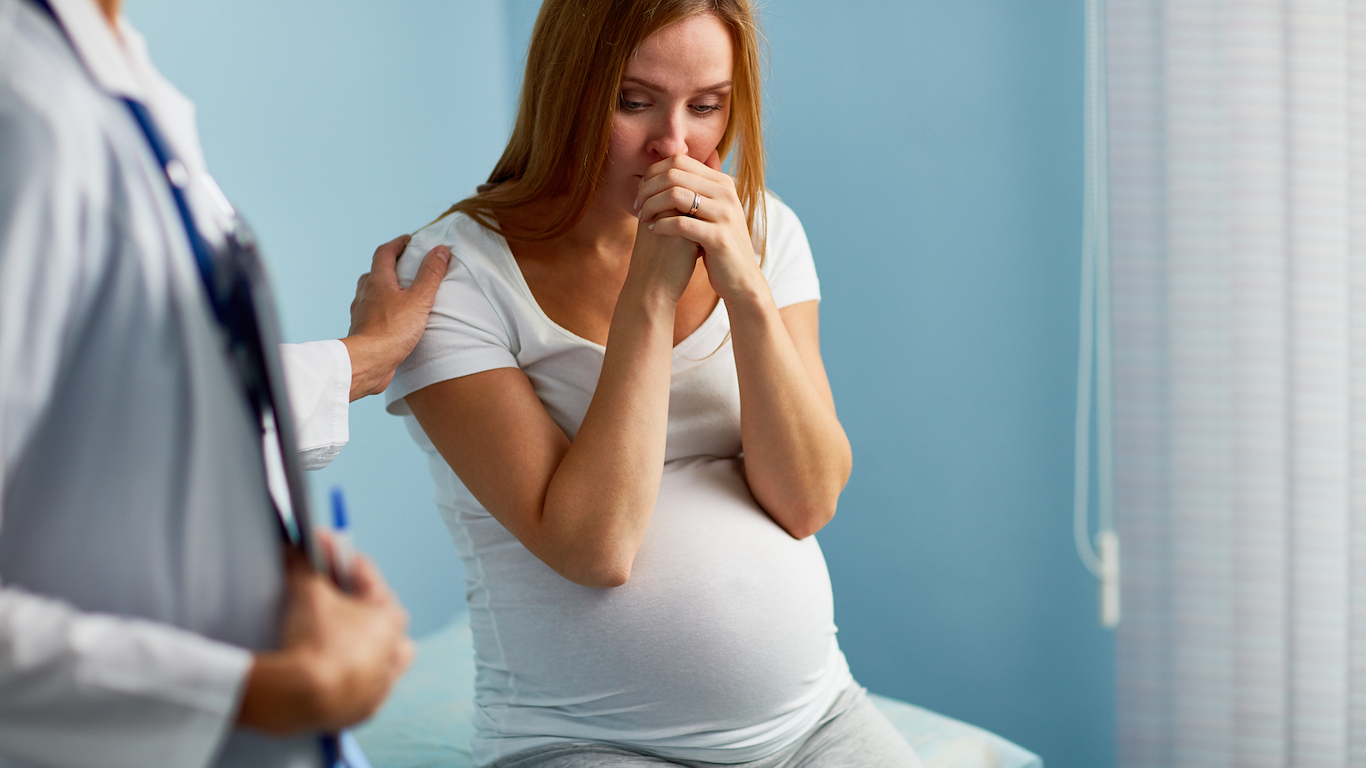 Despite the drop in teen birth rates, the increase in birth control usage, and the widespread access to family planning and abortion services, the number of deaths due to pregnancy complications has increased in the United States in recent years. The United States is an outlier compared to the rest of the world, which saw a global drop in maternal deaths of more than one-third from 2000 to 2015. Over the same period in the United States, the number of deaths due to complicated pregnancy rose from 271 among 18 to 34 year olds to 576 — a significant increase even after controlling for population growth. As a result, complicated pregnancies rose from the 10th leading cause of death among U.S. women 18 to 34 years old to the sixth.

According to some researchers, the increase is due to an uptick in preventable health conditions such as diabetes and obesity, which can lead to cardiovascular disease and heart failure during pregnancy.