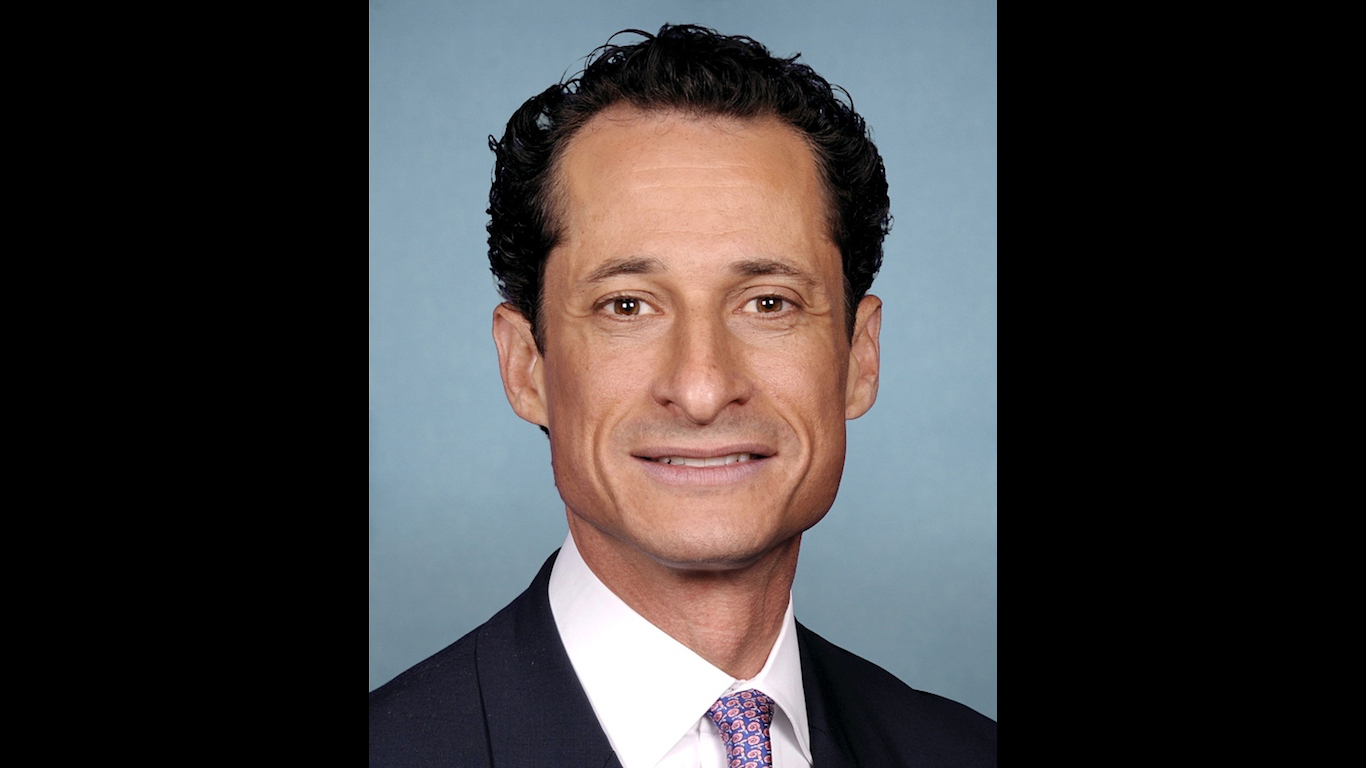 31. Anthony Weiner
> Occupation: Politician
Former U.S. Congressman Anthony Weiner has been embroiled in controversy since June 2011, when reports surfaced that he had sent sexually explicit photos of himself to a 21 year old woman. The scandal — as well as several additional photos and messages to young women which surfaced over the following years — effectively ended Weiner’s political career. He was thrust back into the national spotlight, however, in September 2016 after allegations came to light that he had exchanged sexually explicit messages with a 15-year-old girl. During the FBI investigation into the matter, investigators found emails related to the Clinton campaign on his laptop. These had been forwarded by his wife, former Clinton aide Huma Abedin. Within a span of several days in May 2017, Abedin filed for divorce, and Weiner had pled guilty to a federal obscenity charge. As part of the plea deal, Weiner will register as a sex offender. 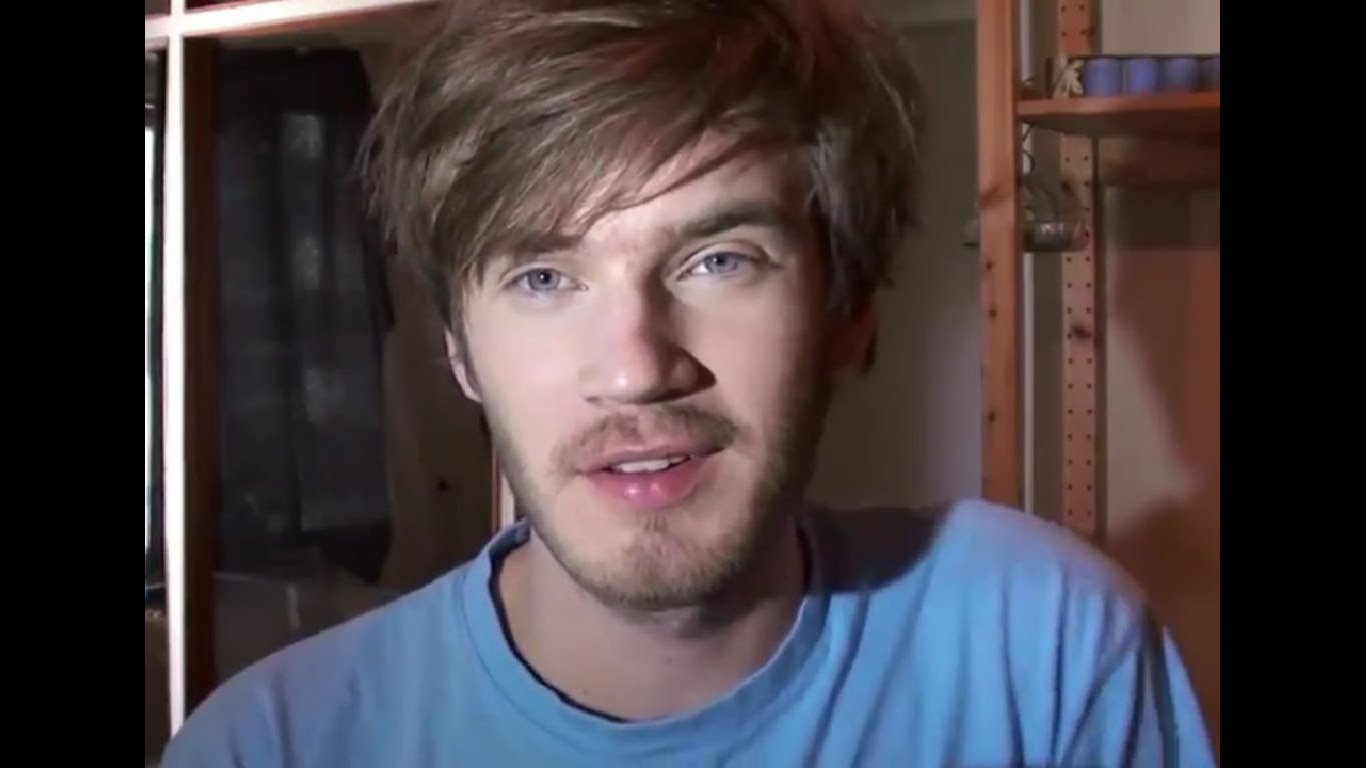 In the era of the YouTube star, arguably no single person ascended to greater heights than Swede Felix Kjellberg, who posts streams of himself playing and reacting to video games. Kjellberg, who operates under the online handle of PewDiePie, has accumulated more than 55 million subscribers. Kjellberg reported $15 million in income from YouTube in 2016, nearly double the next highest earner on the site. However, in early 2017, PewDiePie posted several videos featuring anti-Semitic messages and Nazi imagery. Kjellberg was soon dropped by his studio’s partner, Disney-owned Maker Studios. Google-owned YouTube soon followed suit in condemning his behavior, cancelling a forthcoming reality show with the star, and revoking his preferred advertising status. Compared to some of the people on this list, Kjellberg is still relatively popular and has a long way to fall, but losing favor with Disney and the company that made him his fortune is not a good sign for the influencer. 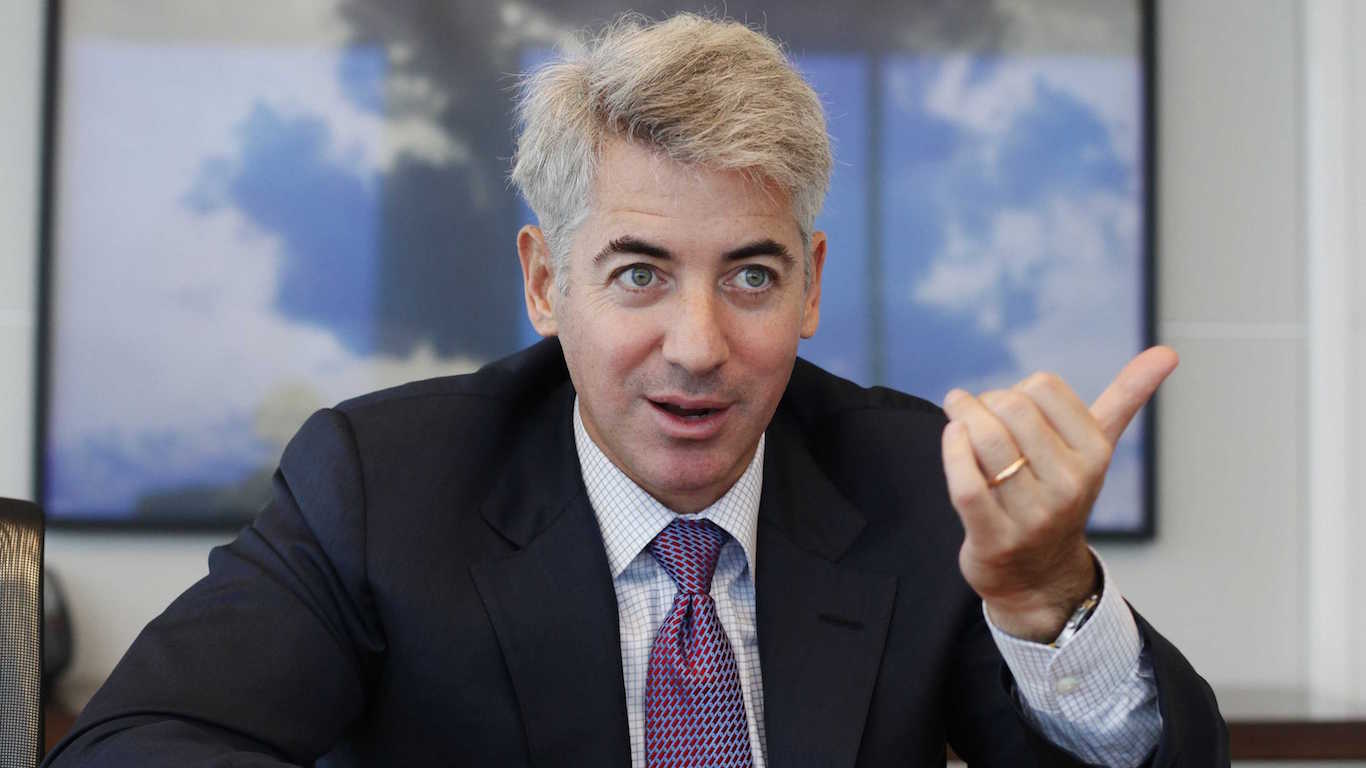 33. Bill Ackman
> Occupation: Hedge fund manager
After having the best returns of any hedge fund manager in 2014, BIll Ackman became one of the 20 best-performing hedge fund managers of all time. Since then, however, Ackman has lost billions due to his bet on Valeant Pharmaceuticals and his short bet on Herbalife. Valeant’s stock tumbled in 2016 after federal prosecutors opened a criminal investigation into the company’s drug pricing practices, and it has yet to recover. While Ackman has publicly declared Herbalife a Ponzi scheme and predicted the company will tank, Herbalife’s stock has surged in recent years. As Valeant stock continues to fall and Herbalife stock rises, Ackman has recently fallen off of the list of the top 20 best-performing hedge fund managers of all time. 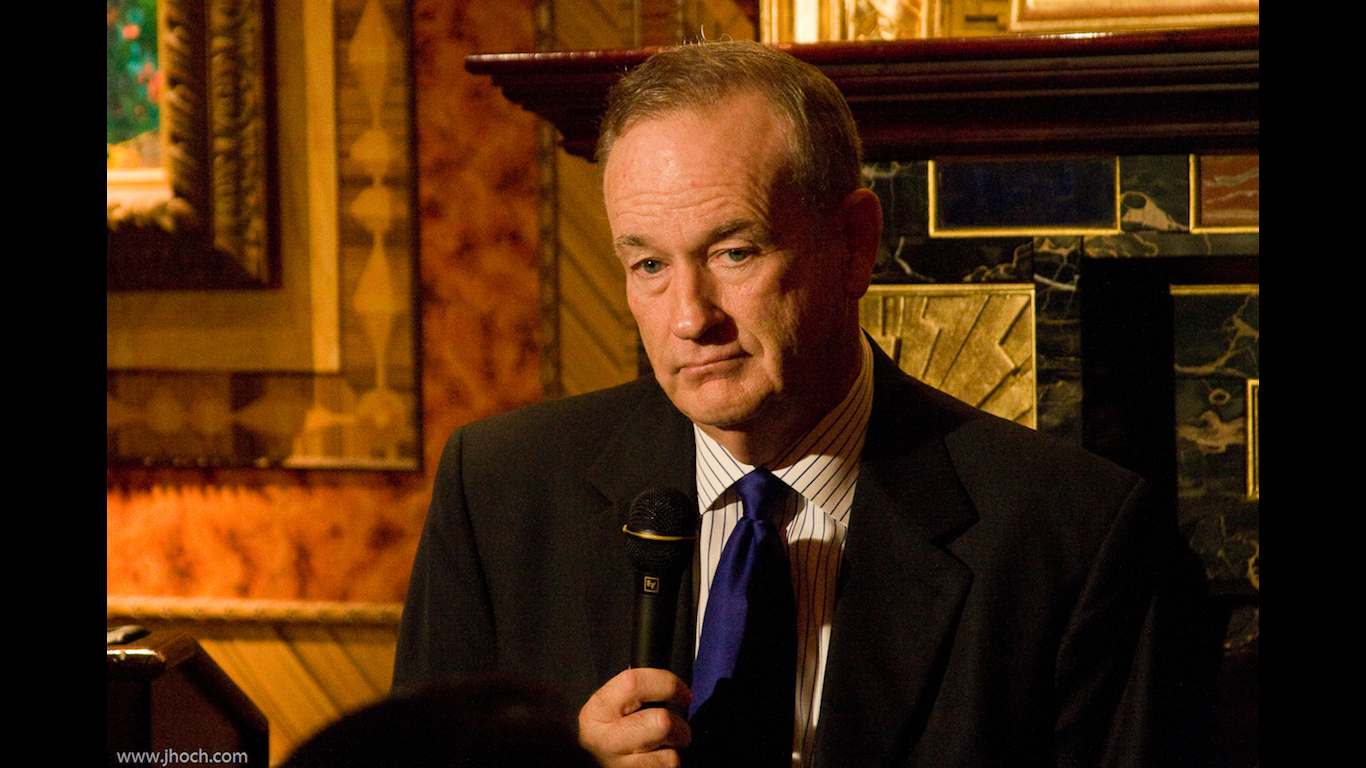 Bill O’Reilly’s fall from grace was perhaps the most dramatic of any American TV host since NBC’s Brian Williams was forced off the Nightly News desk in 2015. Once the highest rated show in cable news, “The O’Reilly Factor’’ was cancelled from the Fox News Channel in mid-April 2017. Following the sexual harassment scandal surrounding the late Roger Ailes, sexual harassment allegations against O’Reilly took the spotlight. An April 1 report revealed O’Reilly and the company had paid out over $13 million throughout his tenure to settle sexual harassment claims. The news spurred major advertisers to pull out from the show, and within a few weeks, the cable network dropped its biggest star. Loyal fans can still get O’Reilly’s take on the news on his website. 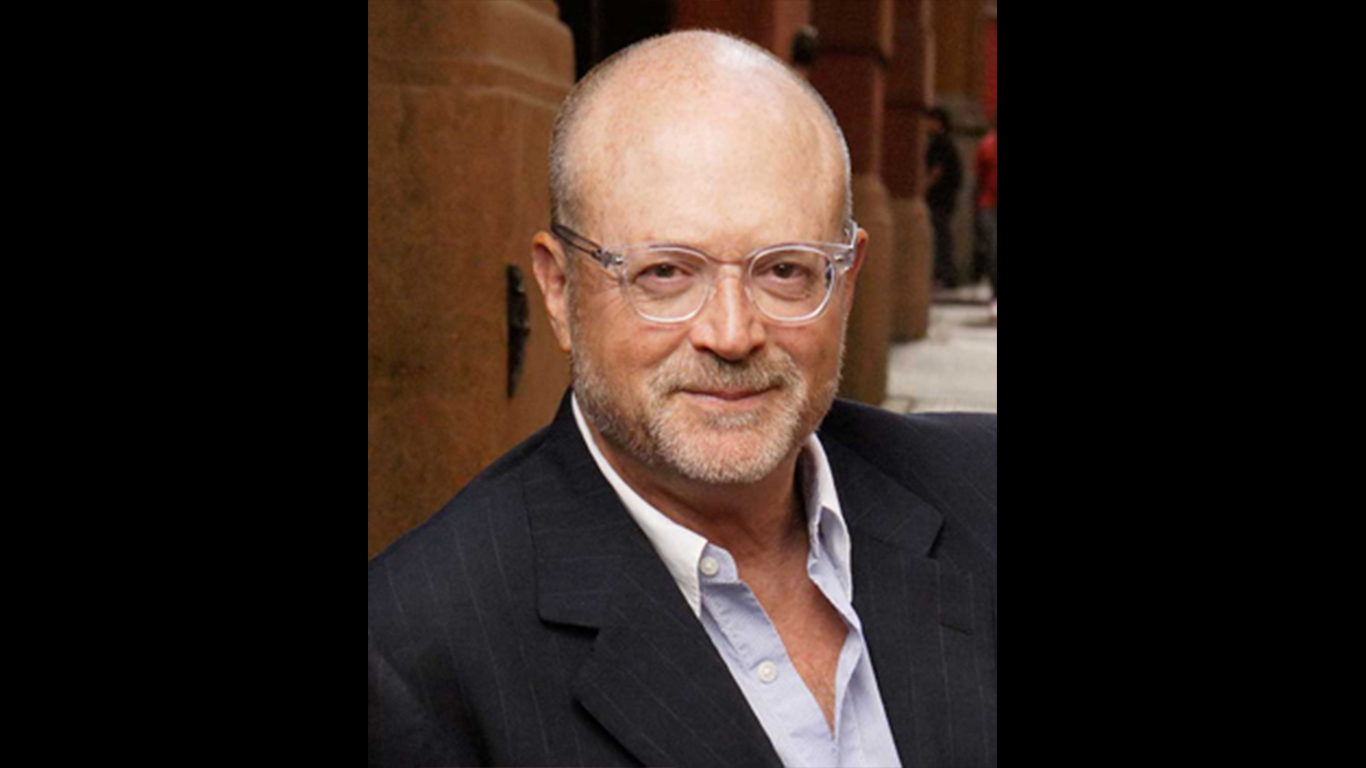 35. Mickey Drexler
> Occupation: CEO of J. Crew
As Gap CEO in the 1990s, Mickey Drexler was the force behind the clothing and accessories retailer’s growth from a small chain to a global leader in casual fashion. With that, he cemented his reputation in the world of retail. Drexler joined J. Crew as CEO in 2003, and had similar success in revitalizing the company’s brand and increasing sales. While Drexler helped turn J. Crew into an upscale boutique, in the last two years even J. Crew was not immune to competition from online retailers. Sales at J. Crew stores fell by $277 million between fiscal 2014 and 2016, a 12% decline. In June 2017, it was announced that Drexler will step down as CEO of J. Crew, to be replaced by the current president of furniture retailer West Elm.