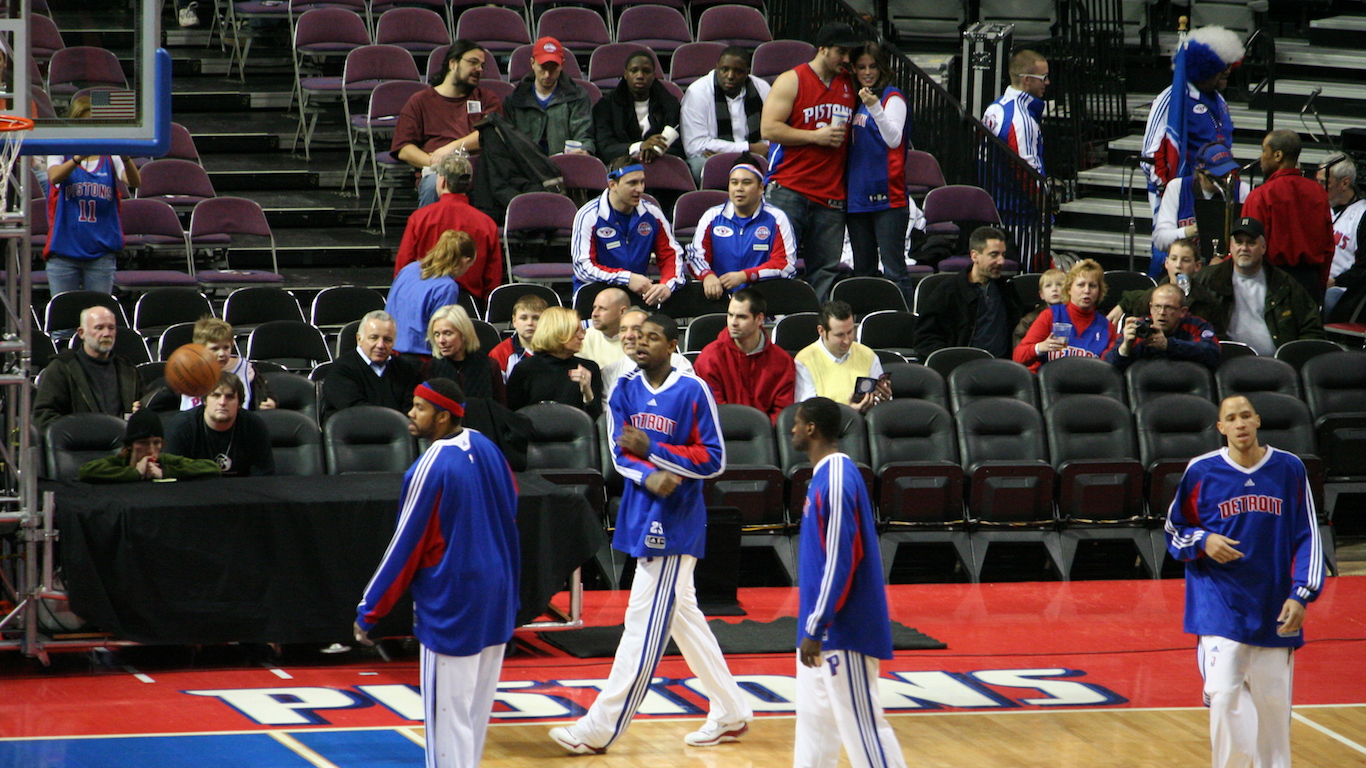 No professional basketball team has reported a greater 10-year decline in home game attendance than the Detroit Pistons. In 2006, the Pistons regularly filled their home stadium, The Palace of Auburn Hills, to capacity. In their most recent season however, average attendance fell below three-quarters of the stadium’s total capacity.

Declining attendance may be due to the team’s disappointing performance in recent years. While the Pistons finished first in their division each year between 2004 and 2008, they finished last in their division in the 2016-2017 season and have only had one playoff appearance in the last eight years. 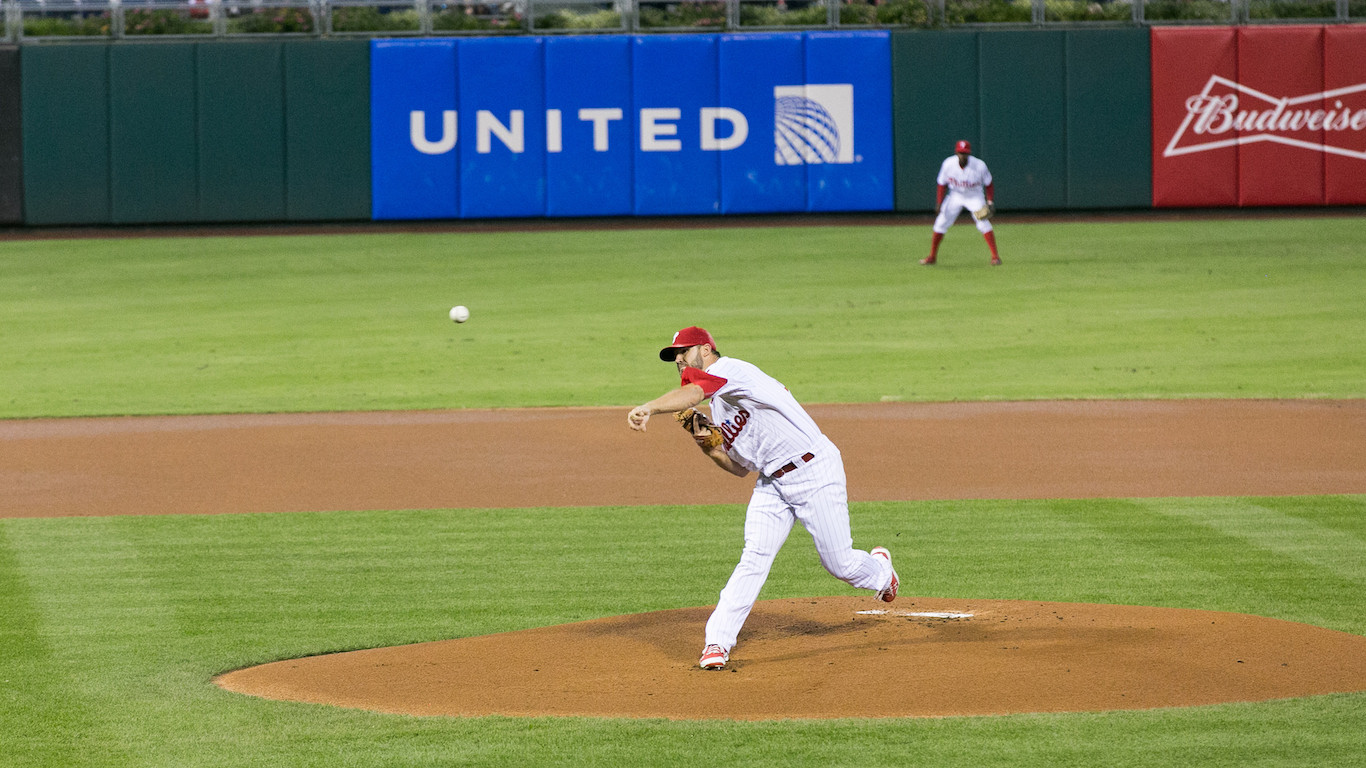 Many teams in Major League Baseball have struggled to fill seats in recent years. Few teams are having as much trouble as the Phillies, however. In 2006, home game attendance regularly topped 34,000. Last season, average attendance was less than 24,000 a game. Though the team has had two World Series appearances, including one World Series win in the last 10 years, it is now stuck in a five-season playoff drought. That drought does not appear likely to end this year, as the team is currently ranked dead last in the MLB. 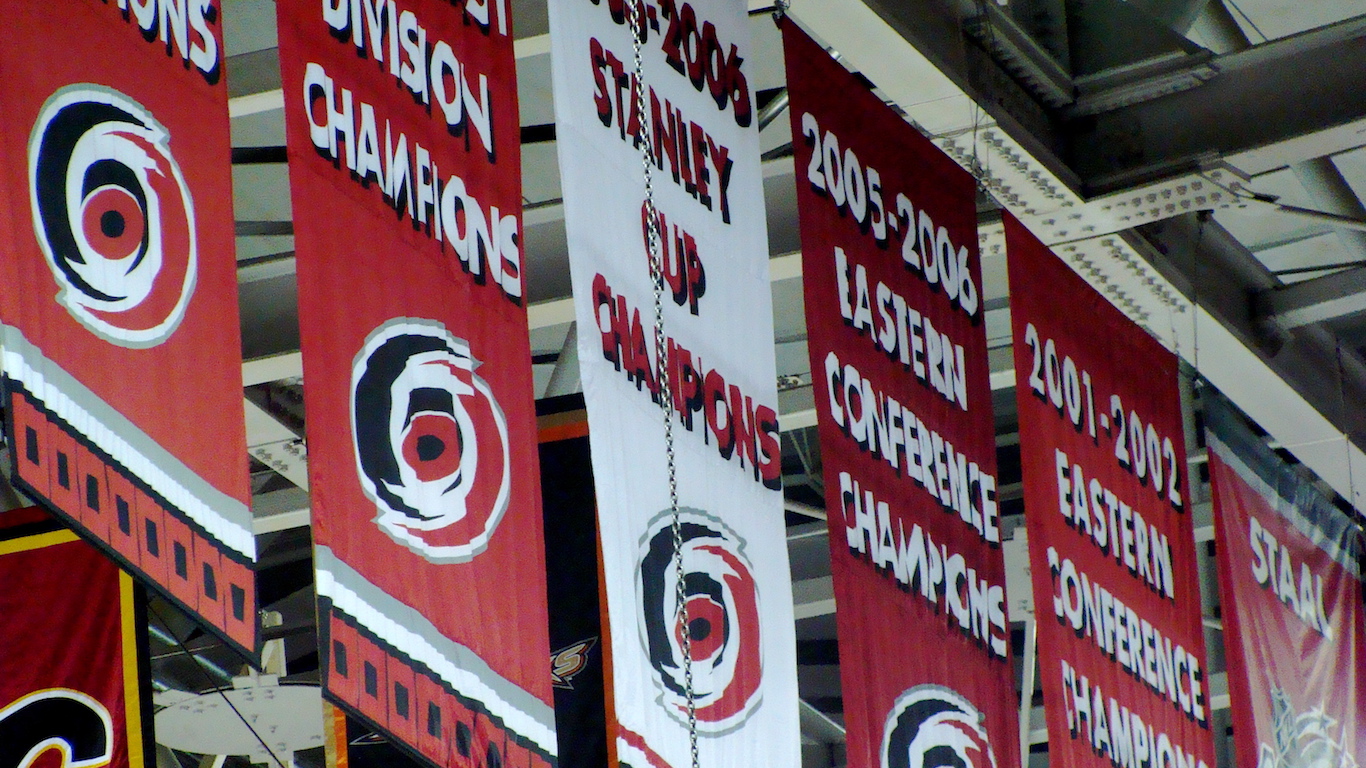 Relatively new to the region, the Carolina Hurricanes relocated from Hartford, Connecticut to Raleigh, North Carolina in 1997. Lackluster performances in recent years appear to be hurting ticket sales. The team regularly made postseason appearances throughout its first decade in Raleigh and won the Stanley Cup at the end of the 2005-2006 season. The following season, home game attendance regularly topped 17,000. However, last season marked the eighth consecutive year without a playoff appearance, and average home game attendance was below 12,000, a 32% decline from a decade prior. 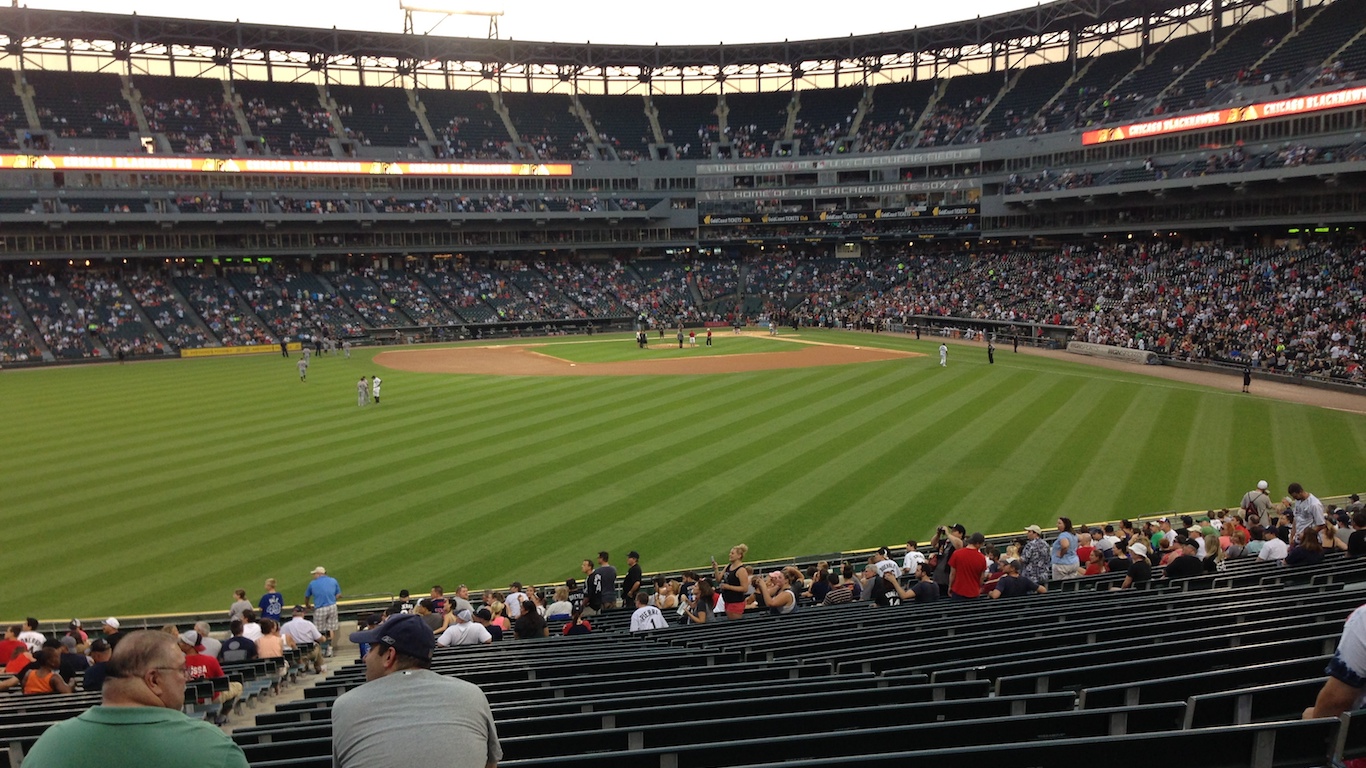 Debate rages in the Windy City about which baseball team is favored by more local patrons of the national pastime — the Cubs or White Sox.If recent home game attendance is any indication, Chicago is a Cubs town. Though the two teams’ respective stadiums are roughly the same size, turnout for Cubs games during the 2016 season was nearly double the average turnout at White Sox games. Between 2006 and 2016, attendance at the White Sox’s home stadium, Guaranteed Rate Field, fell by over 40%, the steepest decline of any professional sports team in the United States. Over the same time period, Cubs attendance has remained effectively unchanged.

The White Sox may have recently lost some of their less loyal fans as the Cubs won the 2016 World Series, breaking the storied 71-year curse.