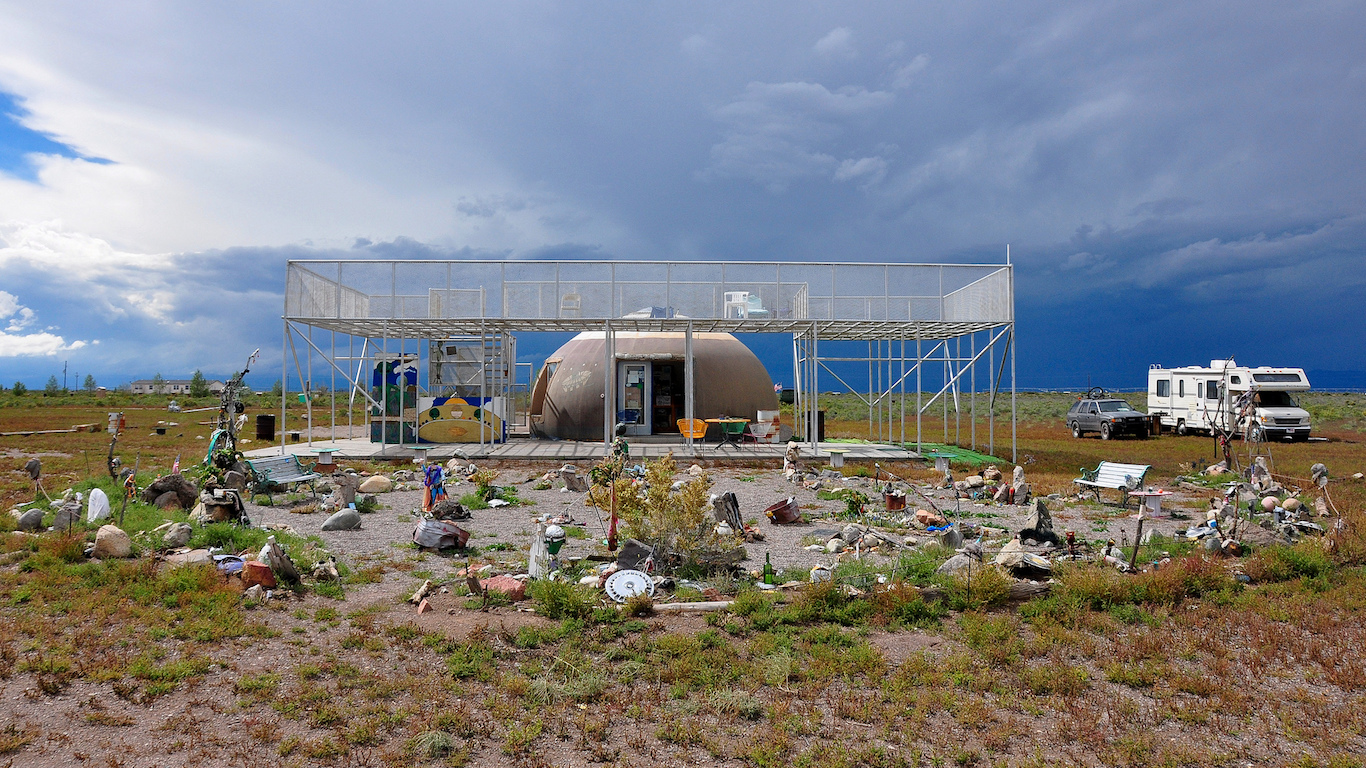 It makes sense that a UFO sighting hotspot would have a watchtower. The San Luis Valley has more UFO sightings than anywhere else in America, according to paranormal experts. The tower has a 360-degree view, so you can look all around as well as up. In addition to the observation platform, there’s a campground and gift shop. 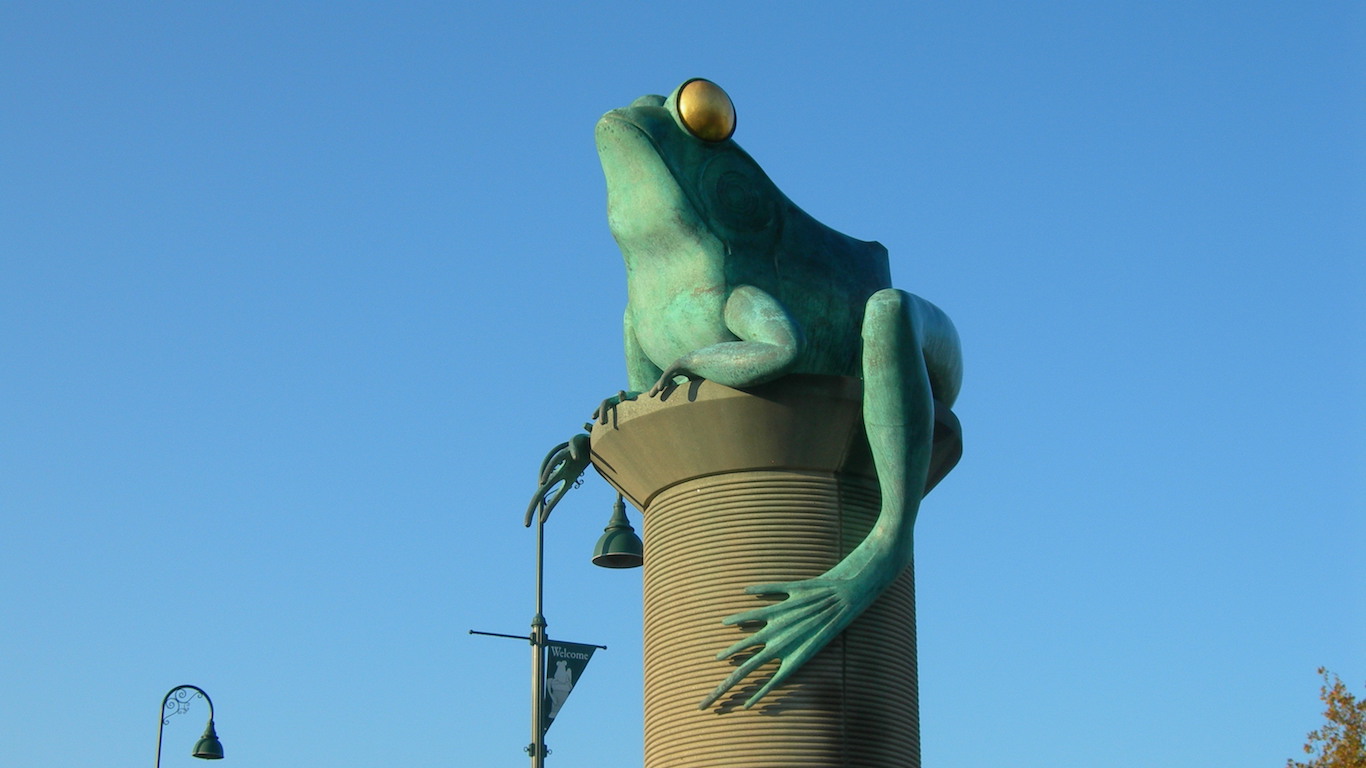 Officially, it’s the Thread City Crossing, but it’s known as the Frog Bridge because of the four copper frogs on each end of the steel bridge over the Willimantic River. The frogs commemorate 1754’s The Battle of the Frogs, a story about a large-scale death of frogs fighting over the last water in the middle of a drought. The frog deaths were loud enough to convince residents that the French and American Indians coming to town to slaughter them. The invaders never came, and the frog battle became a part of Willimantic history. 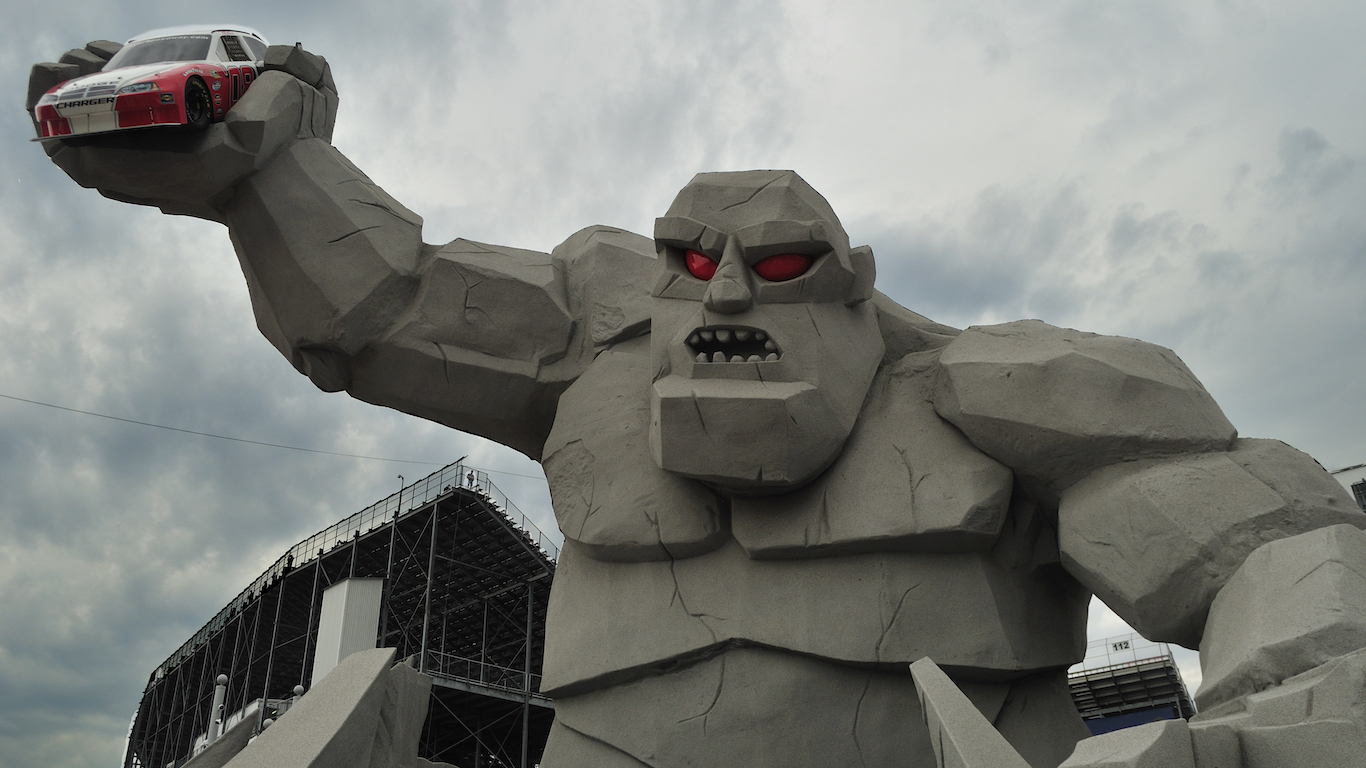 The Dover International Speedway, a racetrack known as “The Monster Mile,” is proud of its monster mascot. He’d been the mascot since 2000, so when the track got a makeover beginning in 2007, a huge 46 feet tall “Miles the Monster” creature/statue was erected just outside the track. You can find Miles also on the winner’s trophy, tickets to the races, t-shirts, as action figures, and other memorabilia. 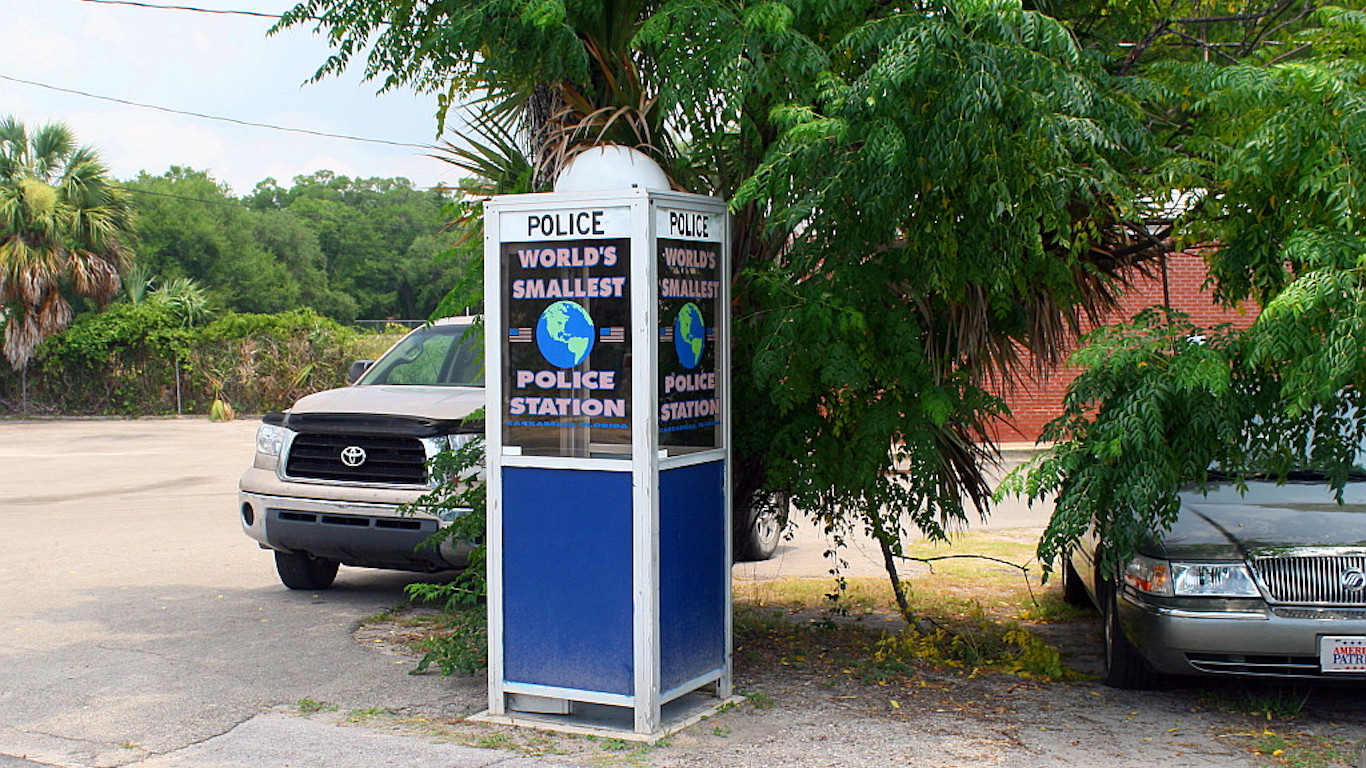 The World’s Smallest Police Station that stands on U.S. Highway 98 is a replica of the original phone booth that served as department’s call box. Remember, those were pre-cell phone days, and calls would come to one location. The previous phone was bolted to the outside of a building. Standing inside the booth provided protection when it rained. 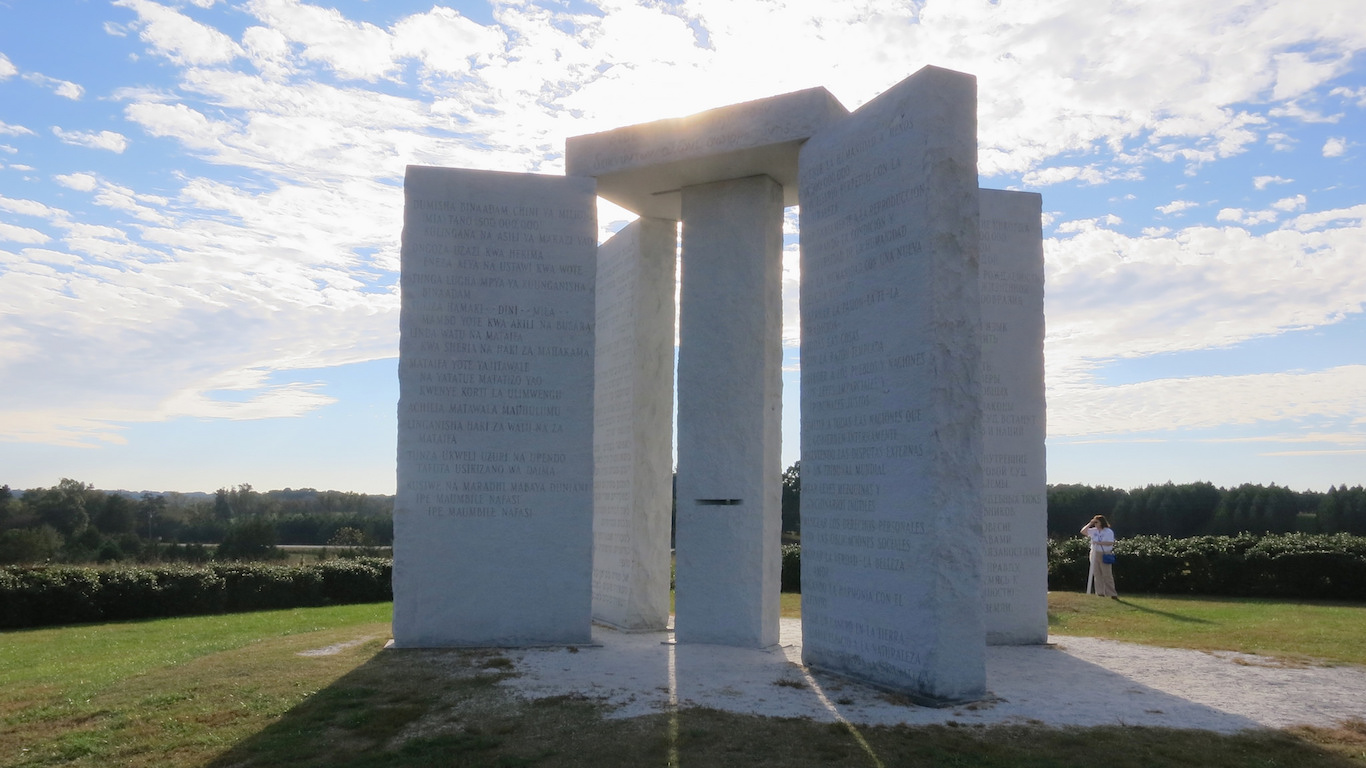 Sometimes referred to as America’s Stonehenge, the Georgia Guidestones granite monument consists of five slabs, astronomically aligned, and and a capstone lying atop of them. A message consisting of a set of 10 guidelines or principles for humanity and Earth is engraved in eight different languages: English, Spanish, Swahili, Hindi, Hebrew, Arabic, Chinese, and Russian.