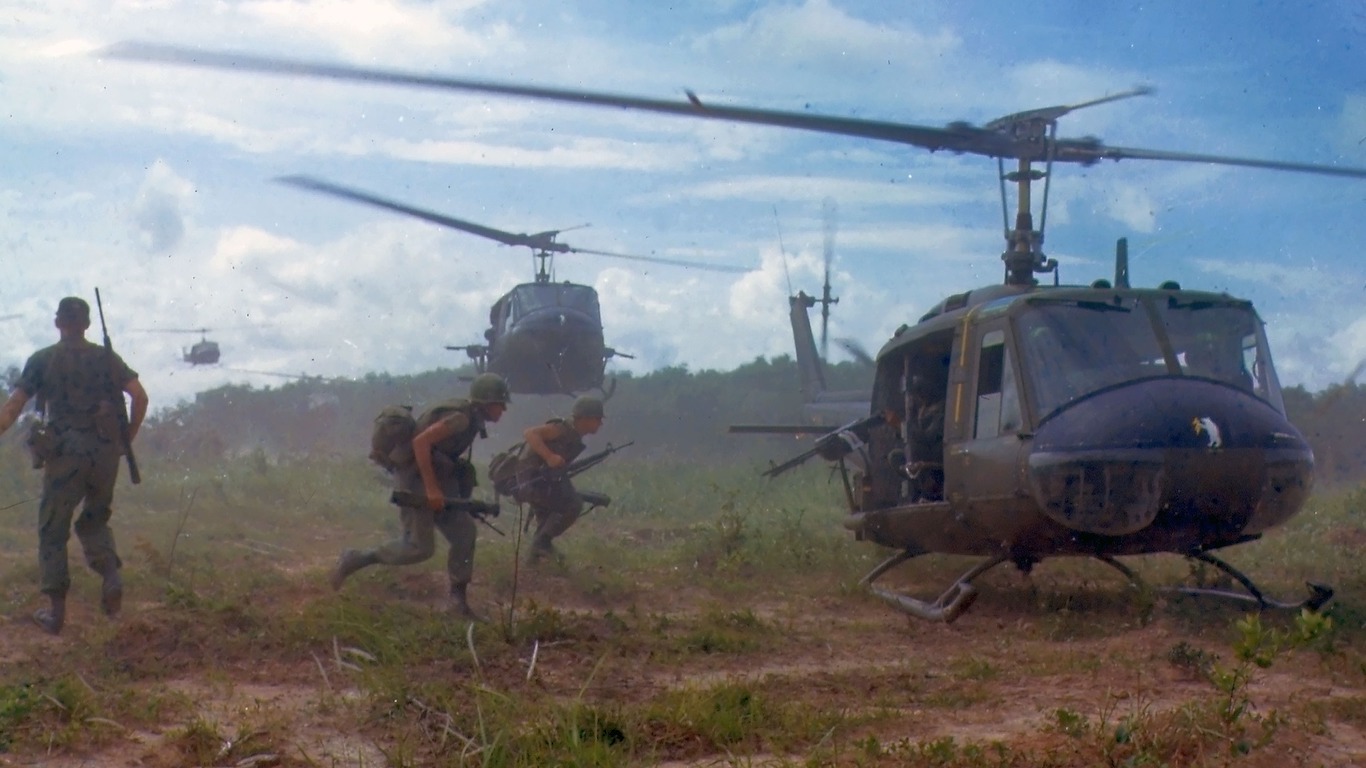 The war in Vietnam cost the United States $738 billion, or 2.3% of GDP in 1968. By the end of the conflict, the names of more than 58,000 dead soldiers were recorded on the Vietnam Veterans Memorial in Washington, D.C. After the Vietnamese defeated the French in 1954, ending a brutal era of colonialism, the Geneva Accords stipulated that elections in the South be scheduled for the following year. Determined not to let communism spread, the U.S. lent its support to Ngo Dinh Diem, a French-educated, Catholic politician in South Vietnam. By the time the U.S. committed troops in 1965, Diem had been assassinated and Vietnamese support for the new military-led South Vietnamese government had faded. With supplies from China and the Soviet Union, North Vietnam primarily used guerrilla tactics to attack U.S. troops and bases. By the late 1960s, public support for the war in the U.S. was waning. American troops withdrew in 1973 and South Vietnam fell to communist North Vietnam in 1975. 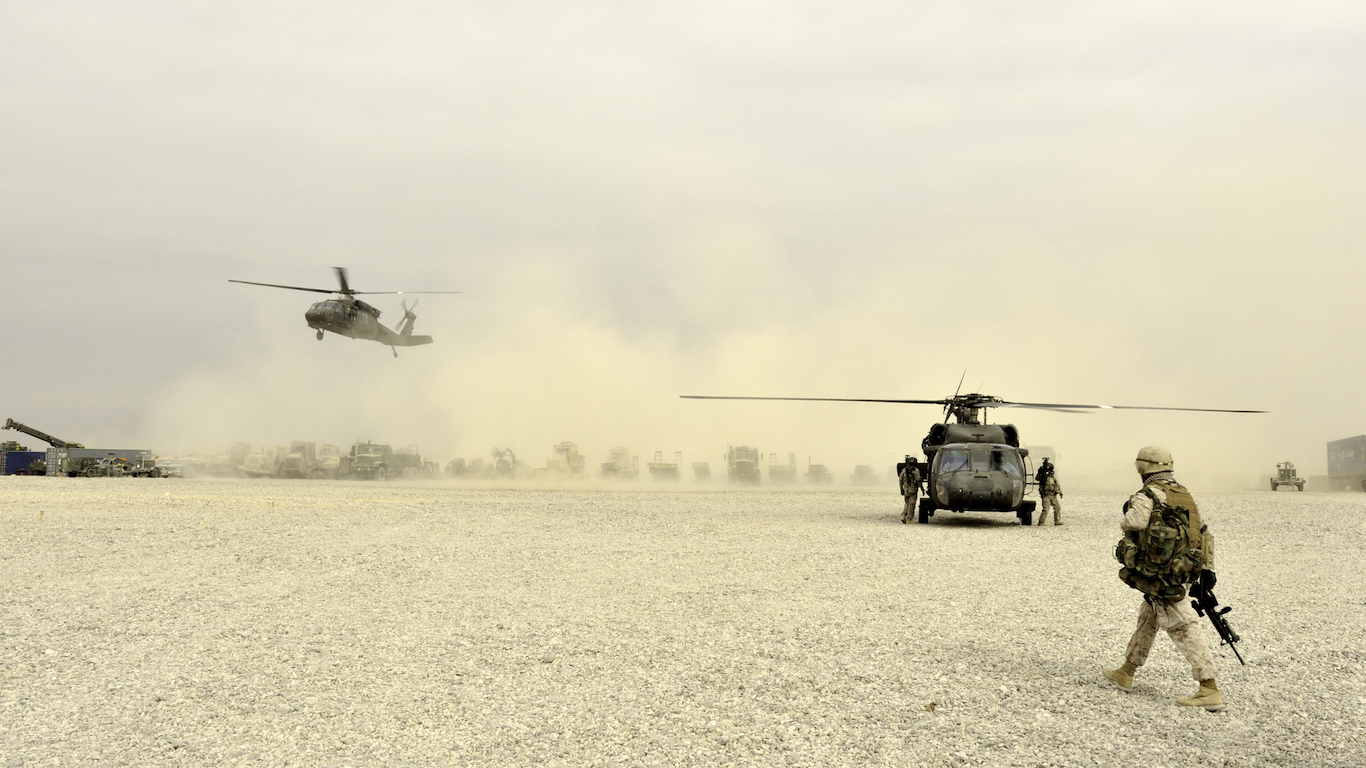 Conflicts in Iraq and Afghanistan following the terror attack on the United States on Sept. 11, 2001 — collectively known as the War on Terror — have cost the United States about $1.6 trillion. The United States entered Afghanistan in October 2001 to search for Osama bin Laden, the mastermind behind the Sept. 11 terrorist attacks, and to overthrow the Taliban government, which was suspected of harboring bin Laden and other terrorists. Believing he had weapons of mass destruction, U.S. troops also invaded Iraq in 2003 and overthrew Saddam Hussein. The U.S. government considers elections in Iraq and Afghanistan, as well as training military personnel in each country to help stabilize the region, as successes. Even so, both countries continue to be marred by conflict and terror. 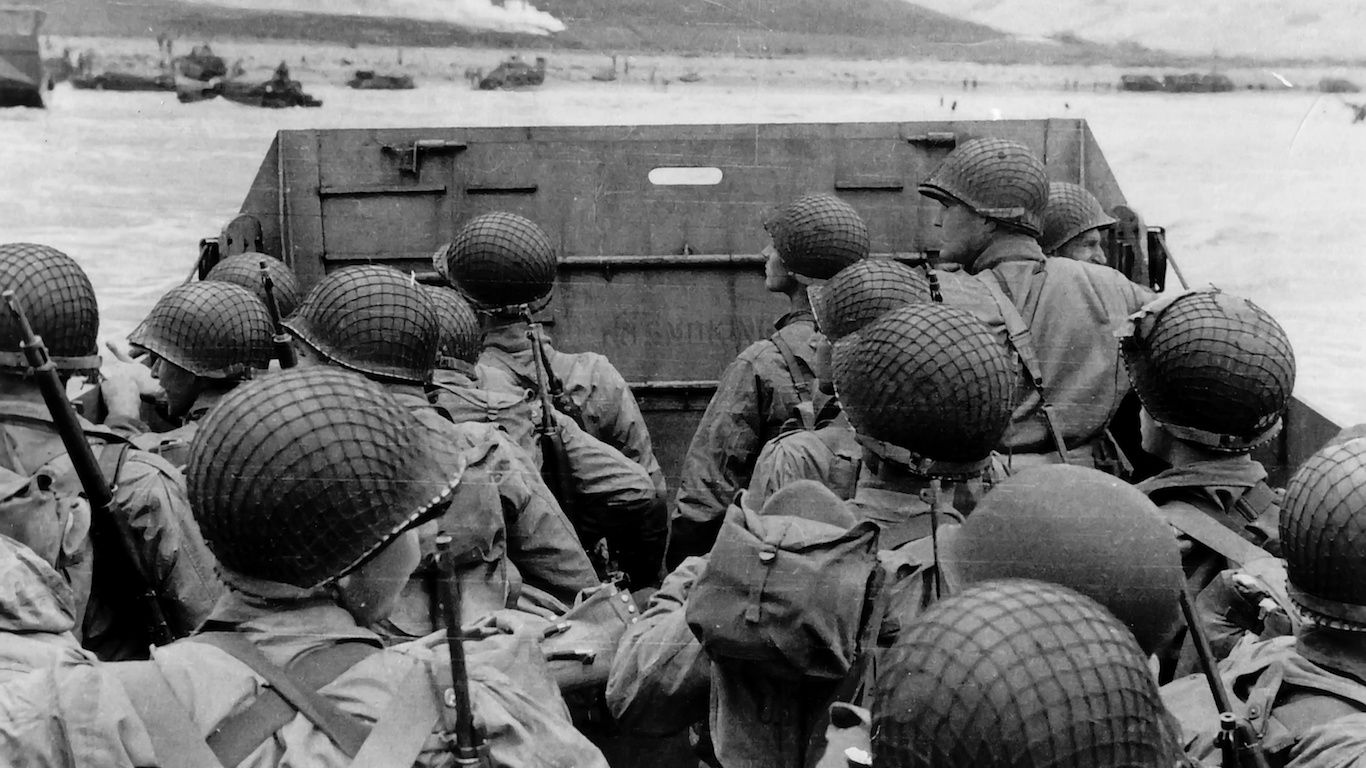 The United States spent more than $4 trillion, or 36% of its GDP, fighting World War II. More than 400,000 U.S. troops were killed in the conflict to defeat Nazi Germany, Italy, and the Japanese Empire. U.S. involvement officially began on Dec. 8, 1941, the day after the Japanese bombed Pearl Harbor. America officially declared war against Germany and Italy three days later, after Germany and Italy had declared war on the United States. After conquering most of Europe, Germany attacked the Soviet Union. The Soviet Union bore most of the ground conflict with Germany before the United States and its allies opened the Western front in 1944. The European war ended in May 1945, and Japan surrendered after the United States dropped nuclear bombs on Hiroshima and Nagasaki in August of that year. The United States and the Soviet Union emerged from World War II as the world’s biggest superpowers and became rivals in the Cold War.