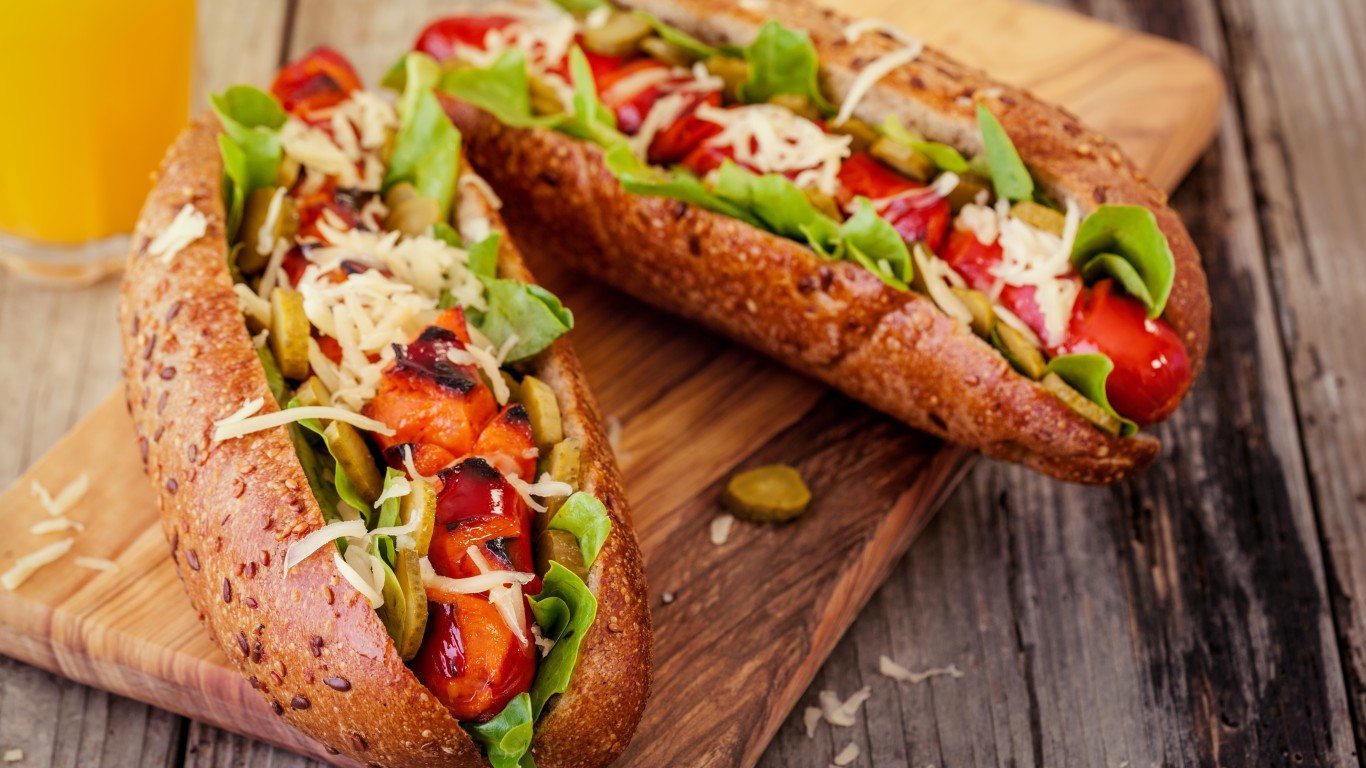 A Frankfurter is a resident of Frankfurt, Germany. The Frankfurter Würstel, or Frankfurt-style sausage, was first made as long ago as the 13th century. An immigrant from Frankfurt is said to have introduced it to the U.S., possibly at the 1904 World’s Fair in St. Louis.

How the sausages came to be known as “hot dogs” is uncertain, but it may have something to do with the rumor that German butchers used the meat of canines in the original recipe. While we usually call them “hot dogs” or just “dogs” today, the term “franks” persists on packaging and some menus. (Another name for the hot dog, “wiener,” derives from “Wiener Würstel” — sausage from Vienna.) 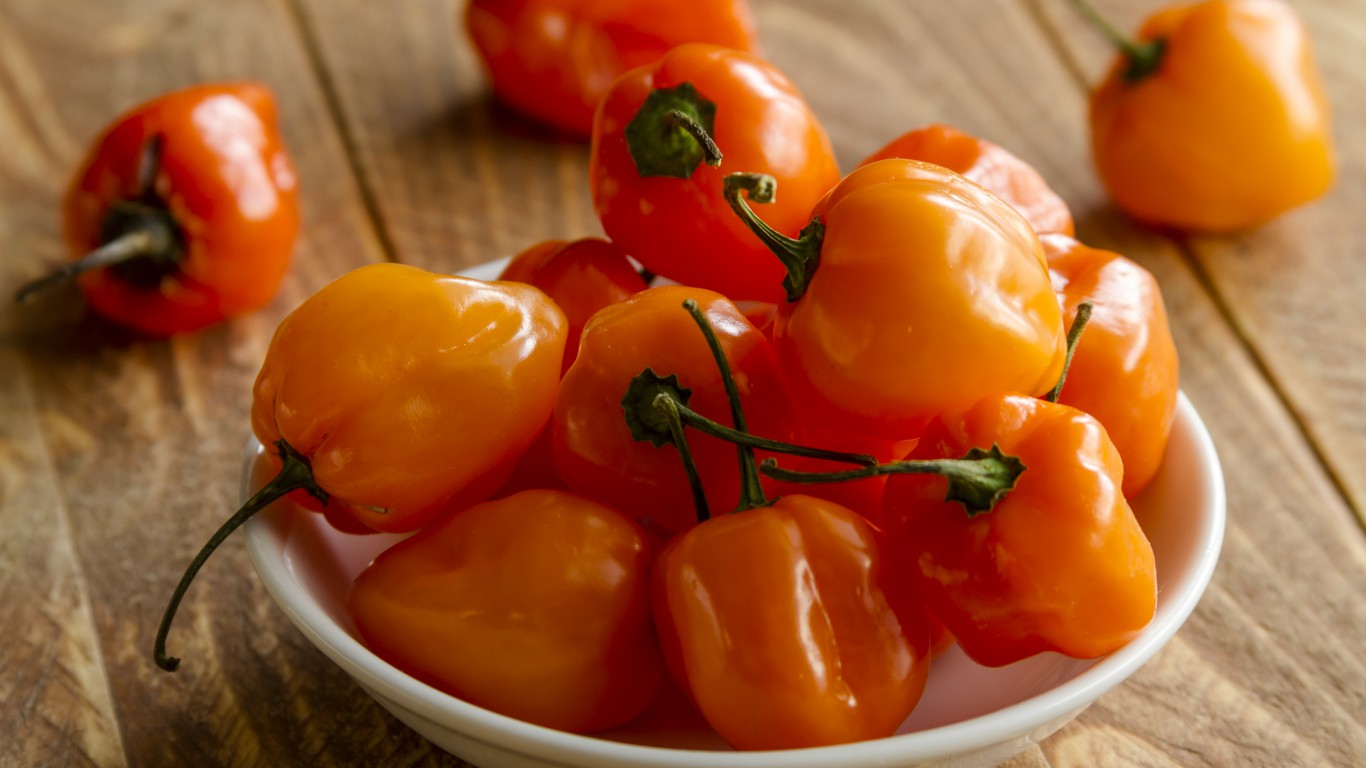 A very hot chile (though by no means the hottest), the habanero apparently comes from the Amazon basin, where it was first cultivated 8,500 years ago or so. It subsequently spread around other parts of South America and north into Central America and Mexico, becoming particularly popular in the Yucatán. A major trading port for the chiles was La Habana, i.e. Havana, Cuba, which lent the chile its name. 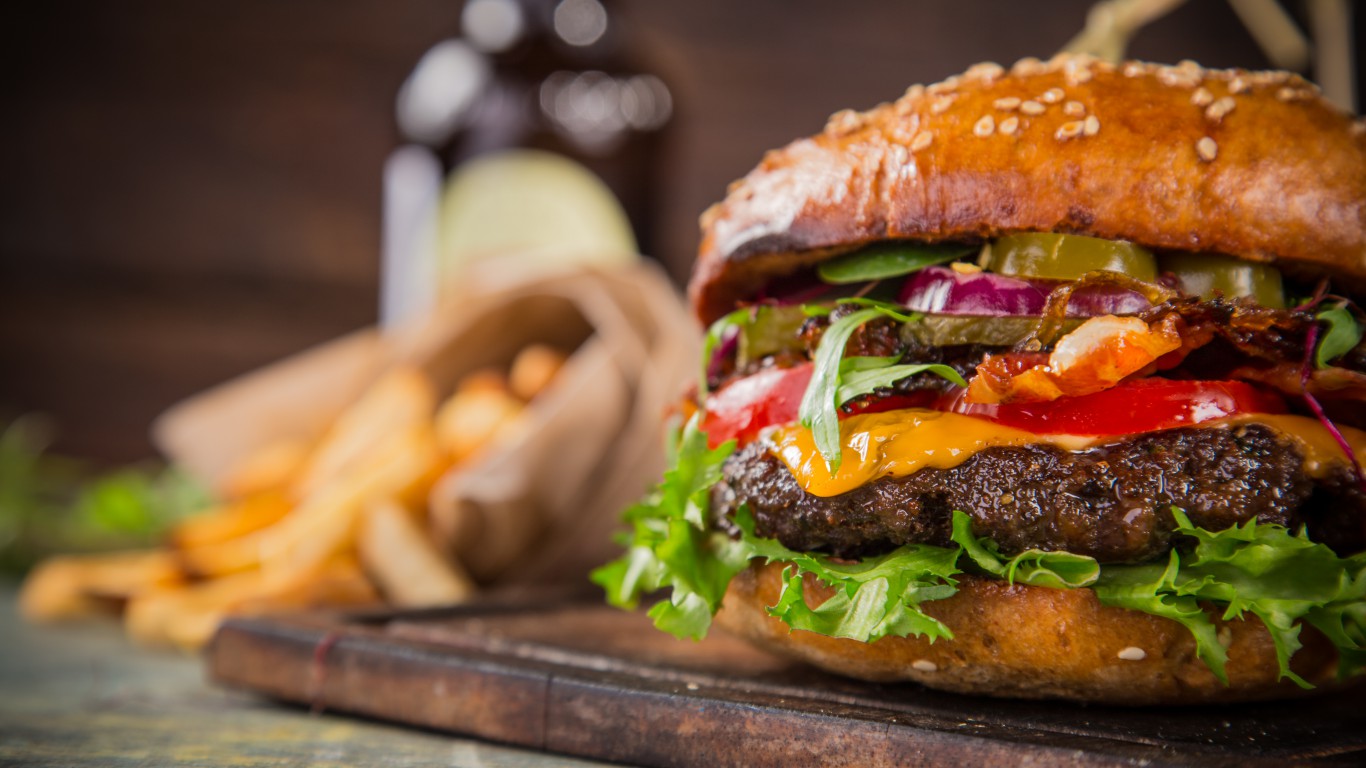 Just as a Frankfurter is someone from Frankfurt, a Hamburger is a person who hails from the northern German port city of Hamburg. How the name became attached to what is almost certainly the world’s most popular sandwich is a matter of some dispute, but the term “Hamburger steak” first appears in the late 19th century, when the idea of seasoned ground meat patties was brought to the U.S. by German immigrants.

In the 1900s, somebody — there are at least half a dozen credible claims for the honor — thought of serving the patties between two pieces of bread or on a bun, and the next thing anybody knew, McDonald’s was selling about fifty zillion burgers a year in every corner of the universe. 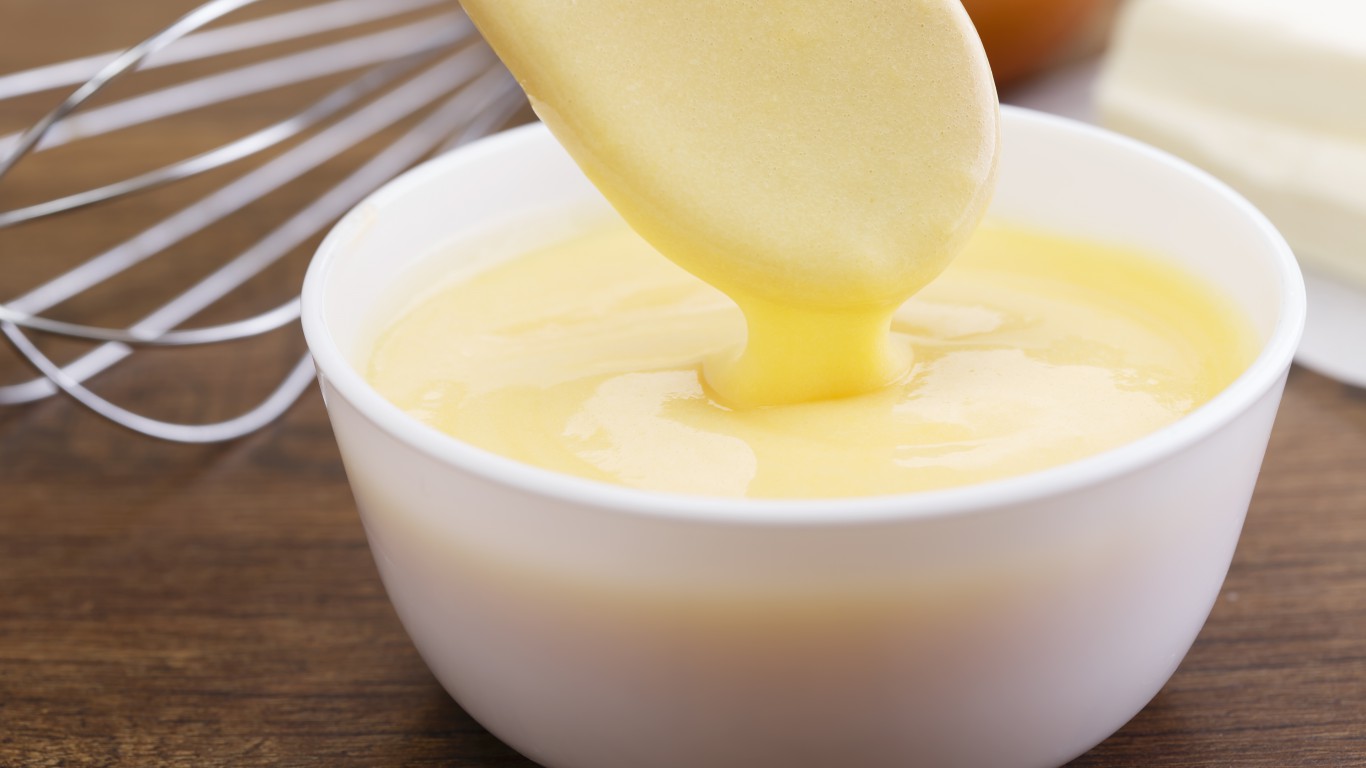 This classic sauce — a creamy emulsion of butter, egg yolks, and lemon juice or vinegar — is essential for eggs Benedict, and delicious on asparagus, broccoli, salmon, and other kinds of vegetables and seafood. It was known in France as early as 1651, but it was a version of the recipe published in Holland 16 years later that gave hollandaise its name. 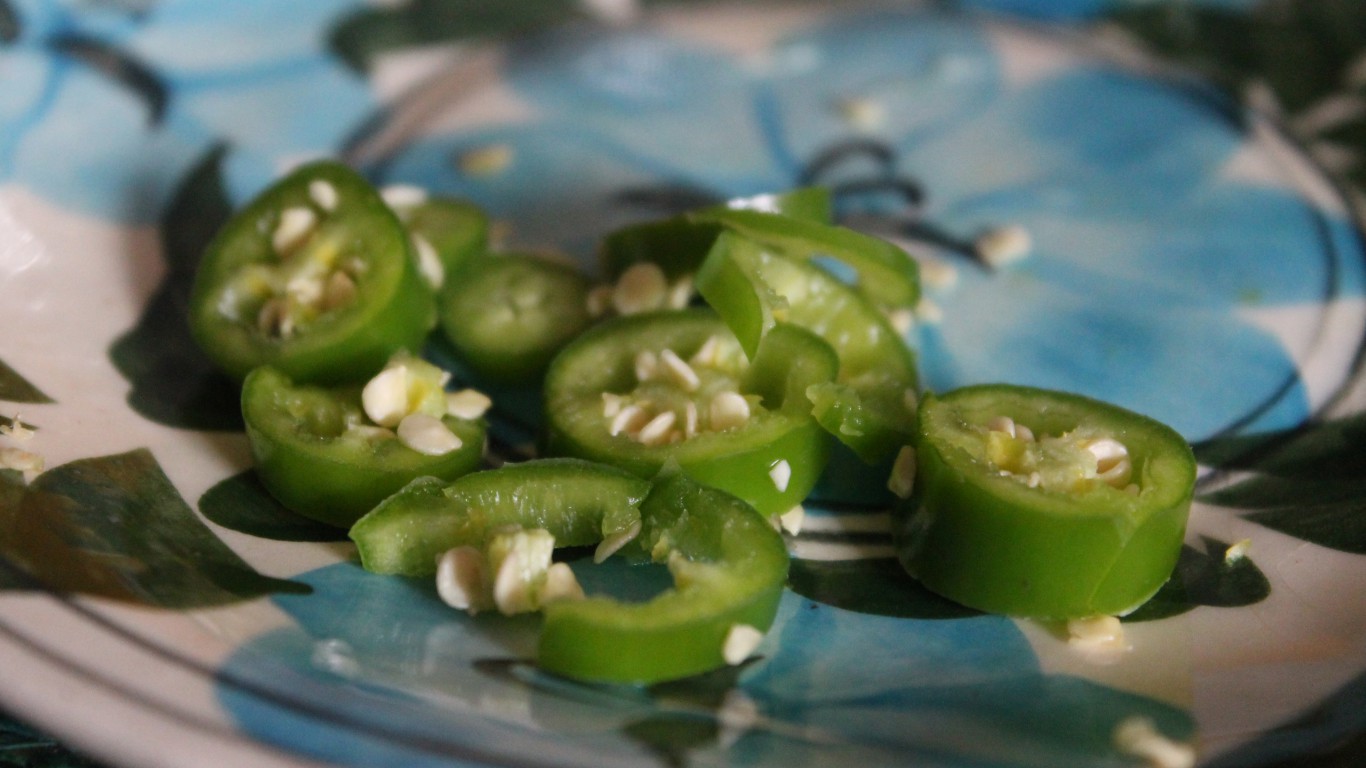 Medium-hot, fleshy, and vibrant green (unless it has matured to fiery red), the jalapeño is one of the most popular chiles, not only in Mexico but also in Texas — where it has been named the official state pepper — and in every sports bar in America, where it is usually stuffed with cheese and deep-fried into “popper” form. Its name is Spanish for “from Xalapa” (or “Jalapa”) — the capital of the Mexican state of Veracruz, where the chile has long been grown.