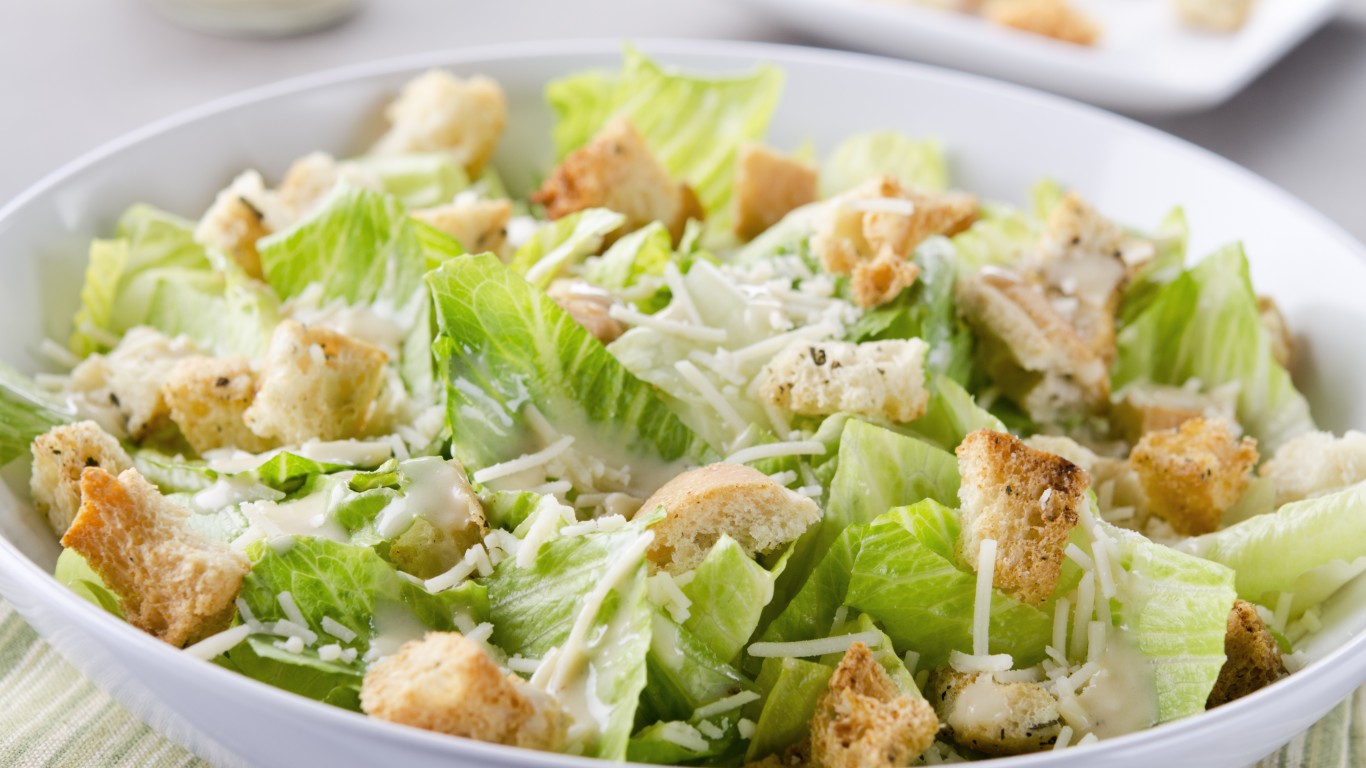 One of the world’s most popular salads — which in its original form consists of romaine lettuce and croutons tossed in a dressing of olive oil, lemon juice, coddled egg, Worcestershire sauce, mustard, garlic, and parmigiano or romano cheese — was invented by an Italian. But its creator, Caesar (or Cesare) Cardini was running a restaurant in Tijuana, Mexico, at the time. The details are disputed, but the usual story is that an unexpected rush of customers over the Fourth of July weekend in 1924 left his kitchen short on supplies, so he improvised the salad based on what he had left. However it was born, the Caesar quickly became a staple of “Continental” and Italian-American restaurant menus, and today may be found all over the world, even sometimes in Italy itself. 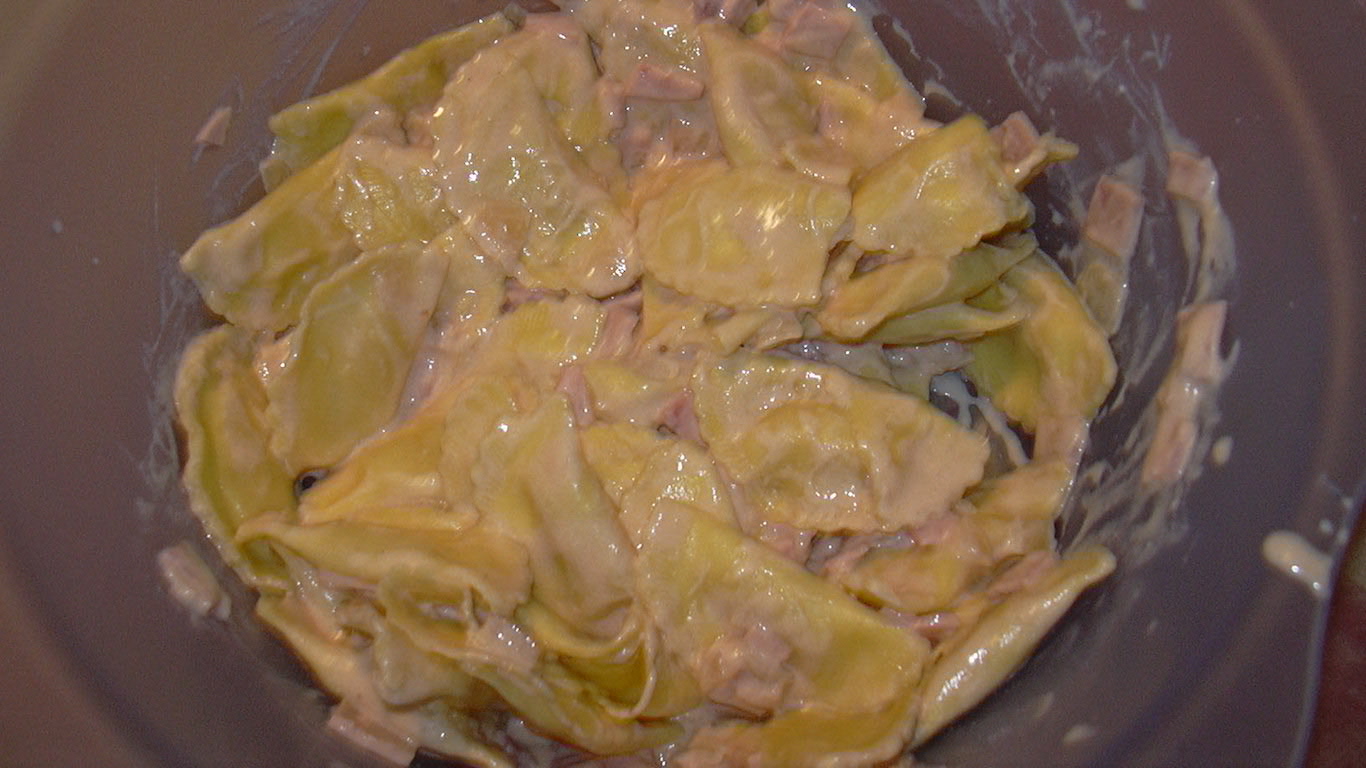 Spaghetti, tortellini, cappelletti, or some other pasta with Caruso sauce, named for the celebrated Neapolitan tenor Enrico Caruso, is sometimes seen on old-school Italian menus in the U.S., but is particularly popular in South America. And, well, it should be since it was invented in the 1950s at a restaurant called Mario e Alberto in Montevideo, Uruguay. Basically a white sauce full of sliced mushrooms, shredded cheese, chopped ham, and chopped walnuts, Caruso sauce remains unknown in Italy. 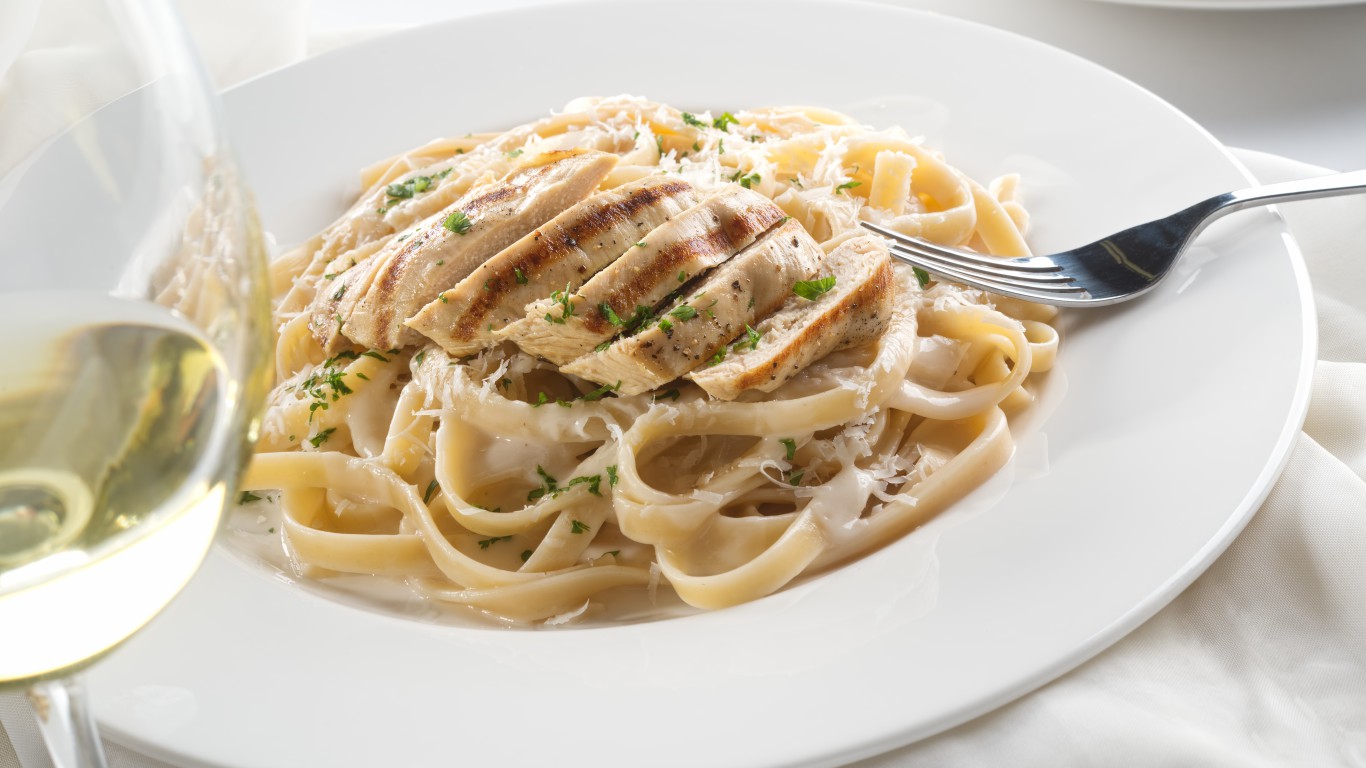 There really was an Alfredo — Alfredo di Lelio, a Roman restaurateur, who invented fettuccine Alfredo sometime in the late 1800s or early 1900s. His creation was simply pasta sauced with a large amount of very rich butter and plenty of grated parmigiano reggiano cheese — no cream, no garlic, no peas, nothing else at all except maybe a few grindings of salt and pepper.

Over the years, chefs in the U.S. and elsewhere started adding all those ingredients and more to the recipe, and the sauce took on a life of its own. The original fettuccine Alfredo is considered a retro dish in Italy today and is not much eaten outside tourist circles — and the idea of covering up a nice piece of chicken with a thick, creamy sauce wouldn’t make much sense to most Italians at all. 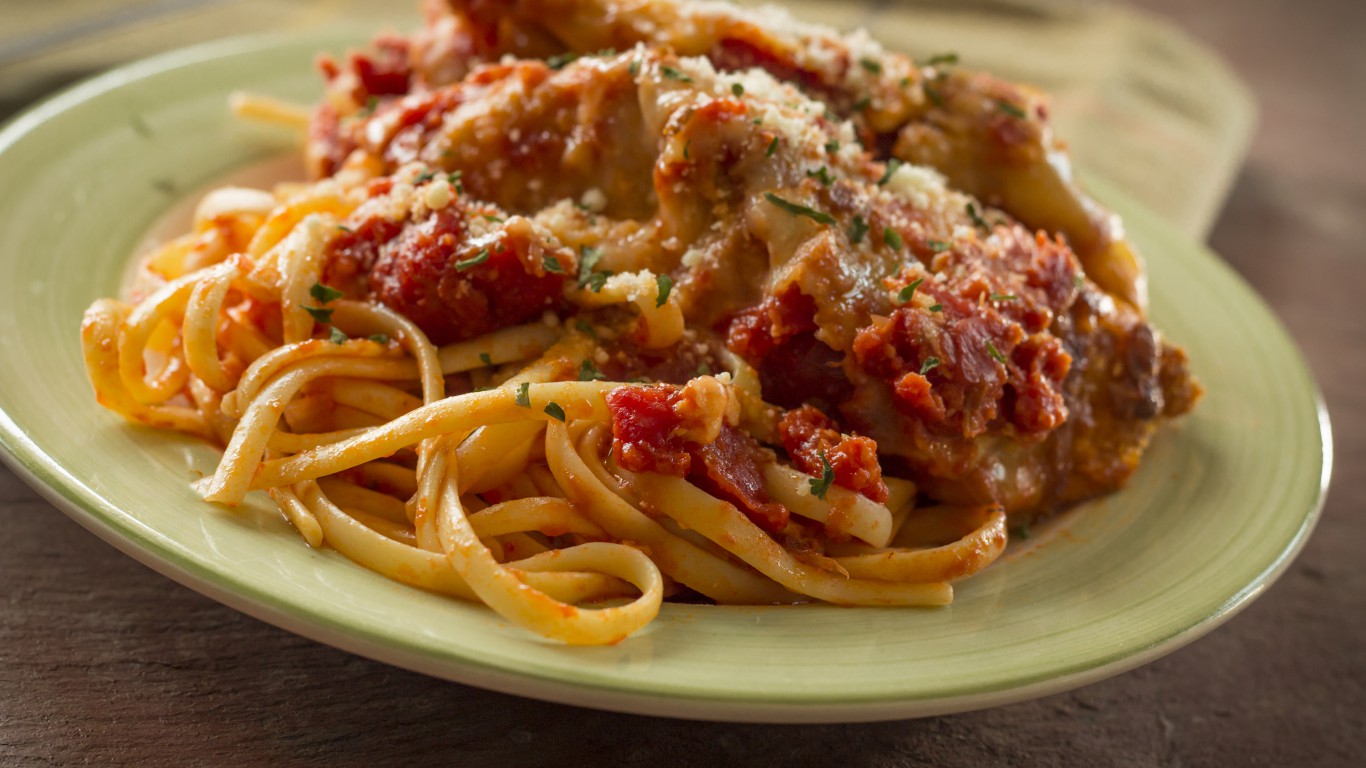 Chicken parm (short for “parmigiana”) is another Italian-American staple you won’t find in Italy. Consisting of breaded chicken cutlets covered in tomato sauce with mozzarella or some other cheese melted over it, it is probably a hybrid of melanzane alla parmigiana, which means breaded eggplant slices under melted cheese, and vitello alla parmigiana, meaning breaded veal cutlet, usually without the cheese.

On a plate by itself, or on top of a mound of pasta, or in a sandwich, chicken parm is an Italian restaurant and deli basic, especially on the East Coast. In Italy? Not so much. 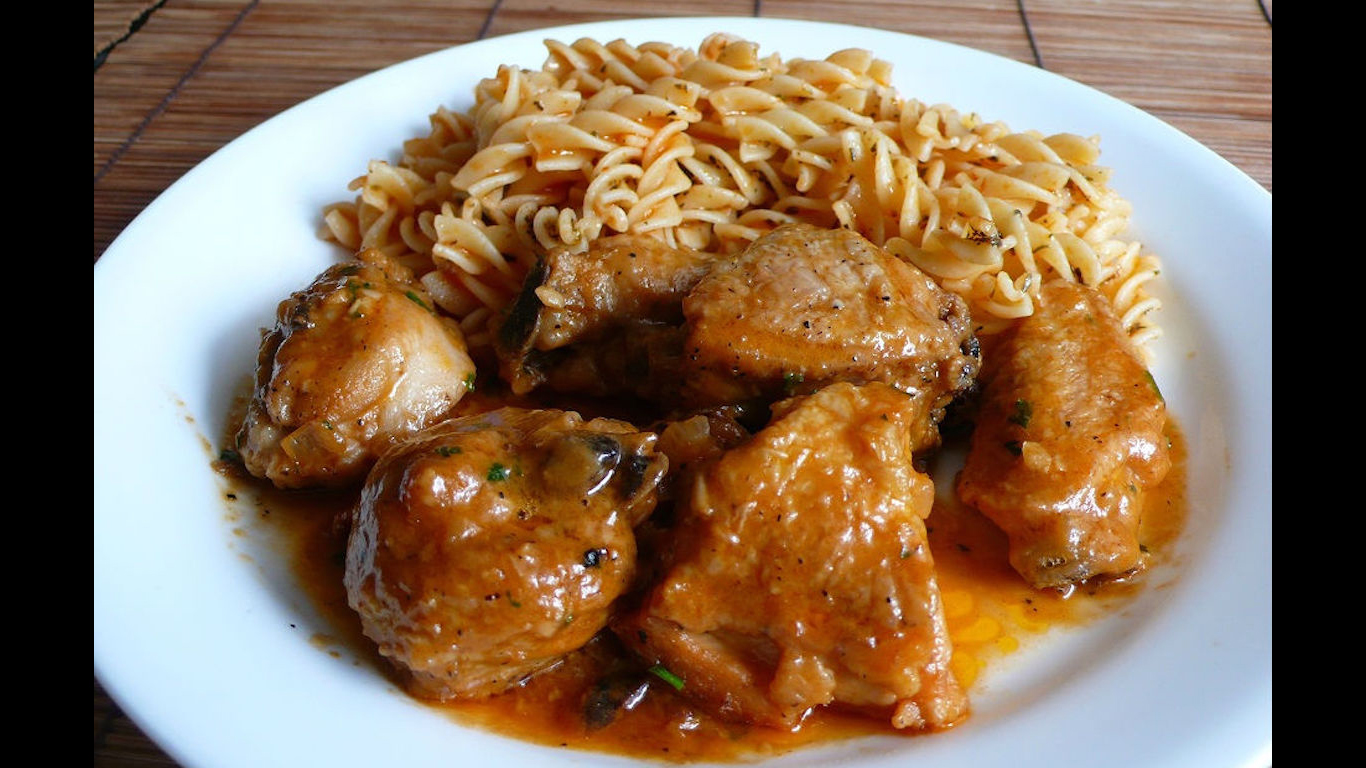 Very few real Italian dishes obscure the basic protein — whether veal, chicken, seafood, or anything else — under a hearty sauce crowded with ingredients. Chicken scarpariello, meaning “shoemaker’s chicken,” is a classic example of how Italian-American cooks do exactly that. In this popular presentation, chicken pieces are pan-fried, then baked with Italian sausage, onions, garlic, bell peppers, potatoes, and sometimes hot chiles. It’s as delicious as it is non-Italian.