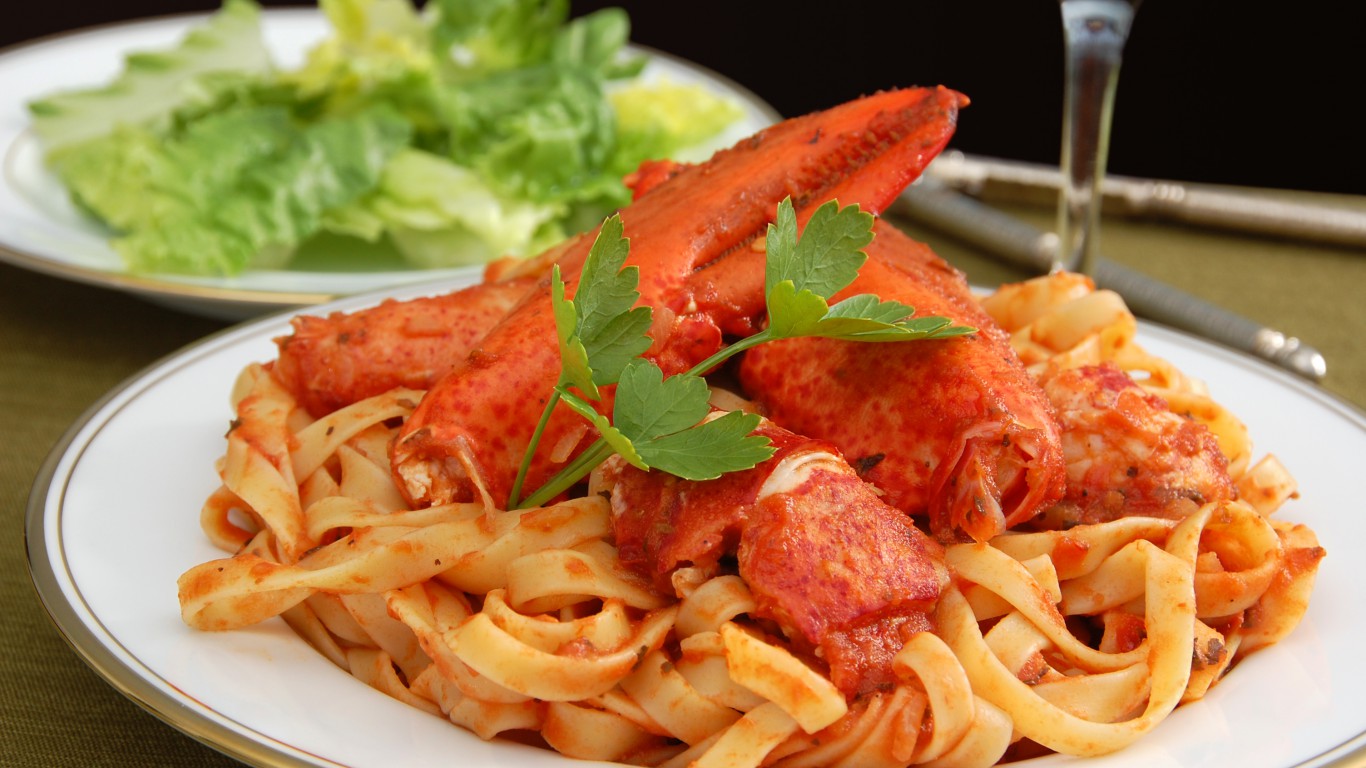 To Italians, Fra Diavolo — literally “Brother Devil” — was an historical character, a soldier whose real name was Michele Pezza, and who fought the French in the early 19th century. To Italian-Americans and fans of Italian-American cuisine, on the other hand, it’s lobster in a spicy tomato sauce served over spaghetti.

We know it’s not really Italian because (a) it’s made with a kind of lobster found only in the Atlantic, not the Mediterranean; and (b) Italians don’t eat pasta with, or as, a main course. It probably dates from the 1920s or ’30s and seems to come from Long Island or elsewhere in the New York area. 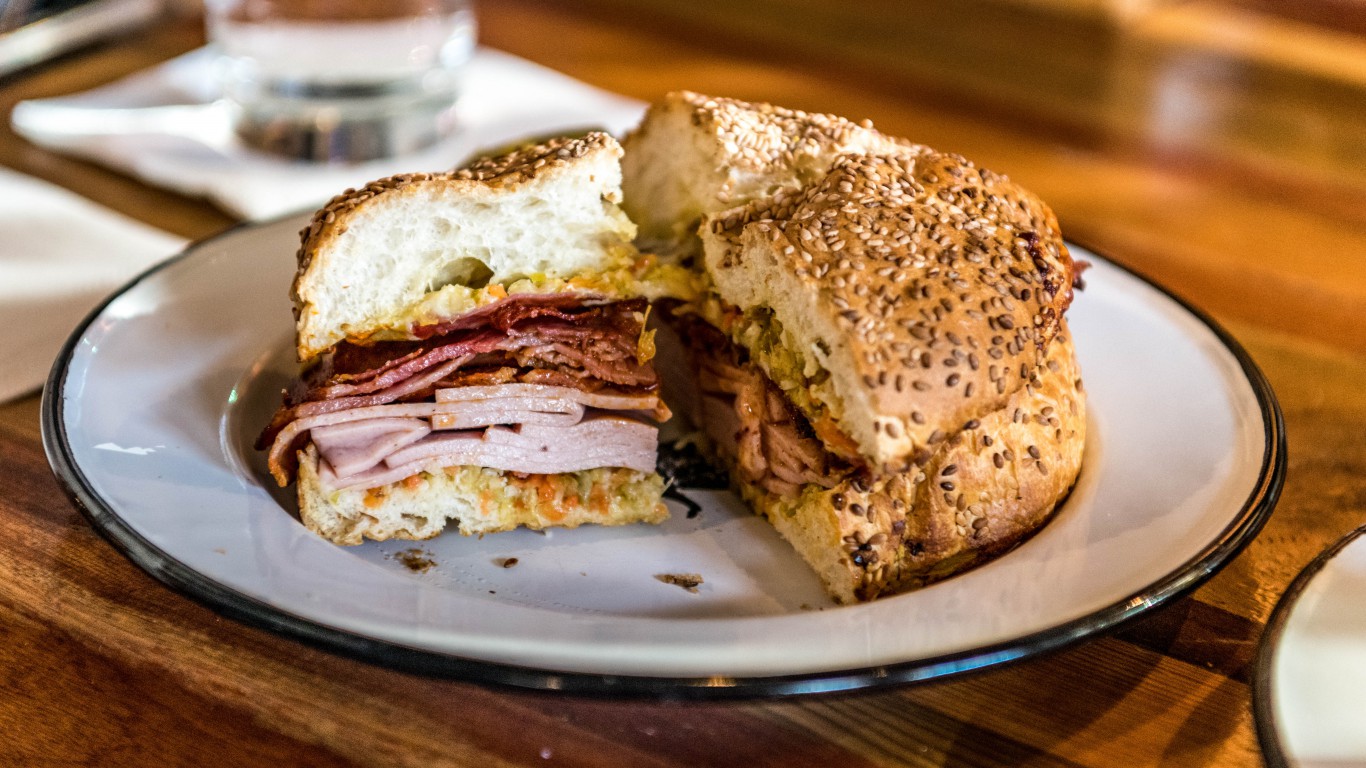 In Sicily, muffuletta is a round, flattish bread loaf generously coated with sesame seeds. In the early years of the 20th century, a Sicilian immigrant to New Orleans named Salvatore Lupo opened his, still thriving, Central Grocery there and decided to use his version of the bread to make sandwiches of heroic proportion.

Though there are variations, including some made with seafood, the classic muffuletta is layered with olive salad (chopped olives with pickled carrots, celery, and cauliflower and plenty of garlic) and several kinds of cheese and Italian deli meats. The finished product, still found primarily in New Orleans, is so big that it’s often sold in half or quarter portions. 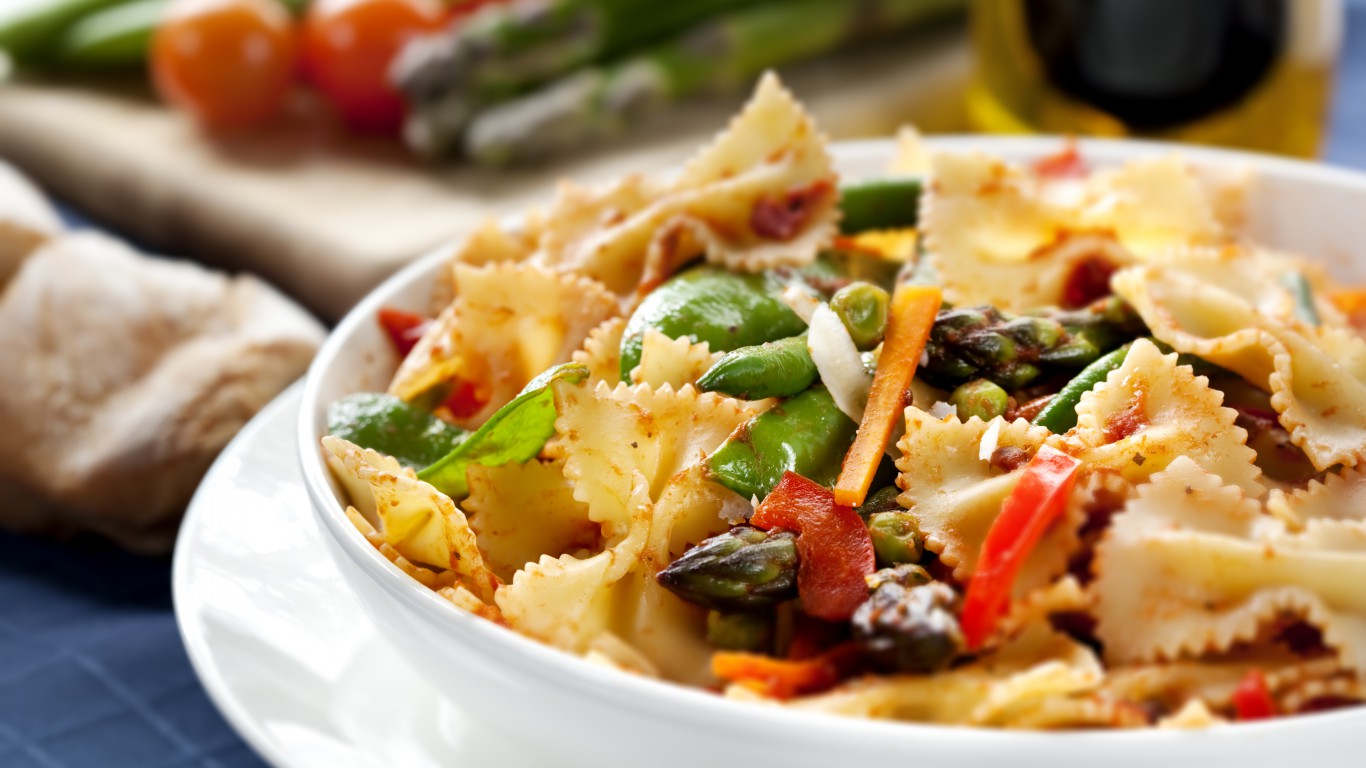 Pasta with various kinds of vegetables is served all over Italy, noodles loaded with an abundance and variety of different ones isn’t. This dish was actually invented in Canada, by Italian-born New York restaurateur Sirio Maccioni, who first cooked it up at a friend’s vacation home in Nova Scotia. Maccioni brought the idea back to his famed Manhattan restaurant, Le Cirque, and from there, versions of it —typically including peas, asparagus, zucchini, carrots, bell peppers, and whatever else is in season, tossed with butter, cream, and parmigiano reggiano cheese — it spread around the country to become one of the most famous “Italian” specialties of the 1970s. 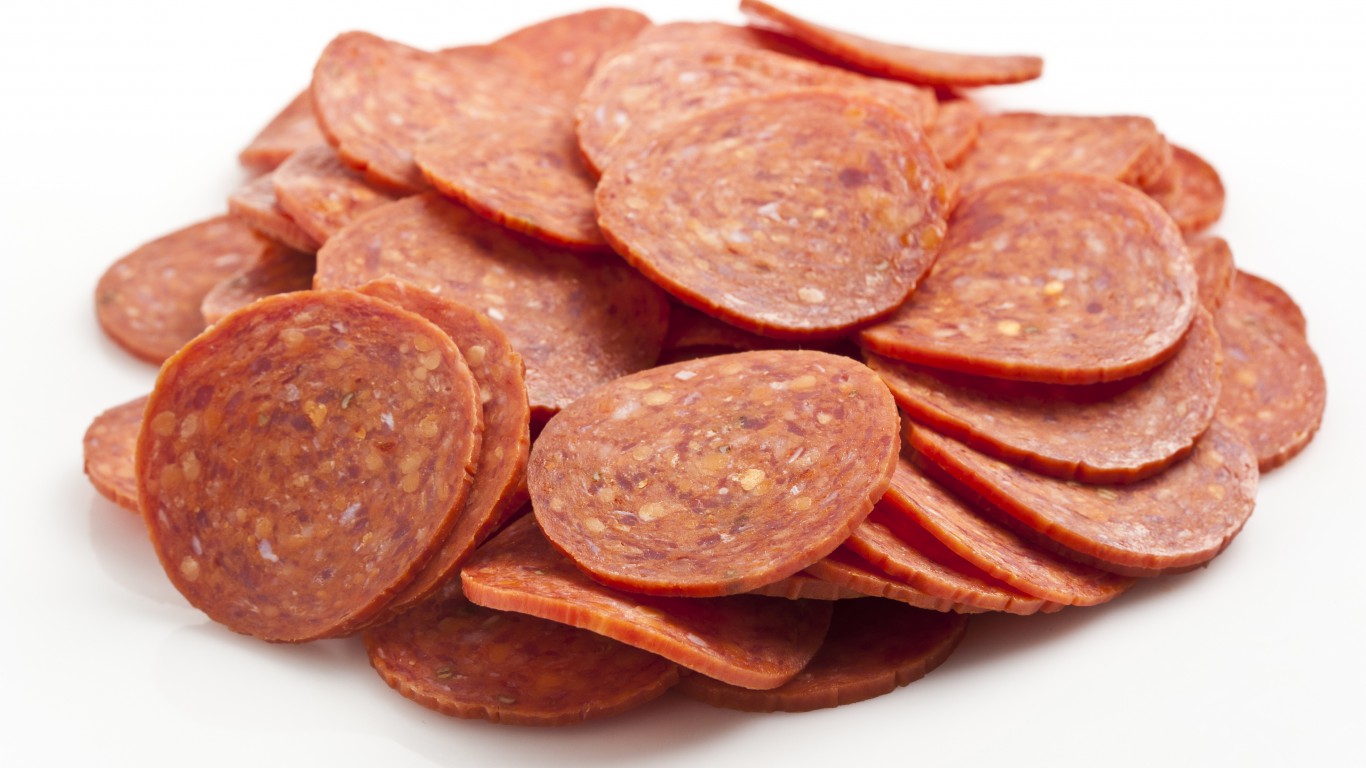 Many an American tourist ordering a “pepperoni pizza” in Italy has been surprised to be served a pizza topped not with little discs of finely textured, well-seasoned salami but with strips of roasted or sautéed bell peppers. Pepperoni isn’t an Italian word; peperone is, but it means peppers. Though similar to several types of salami from southern Italy, pepperoni was invented in America. 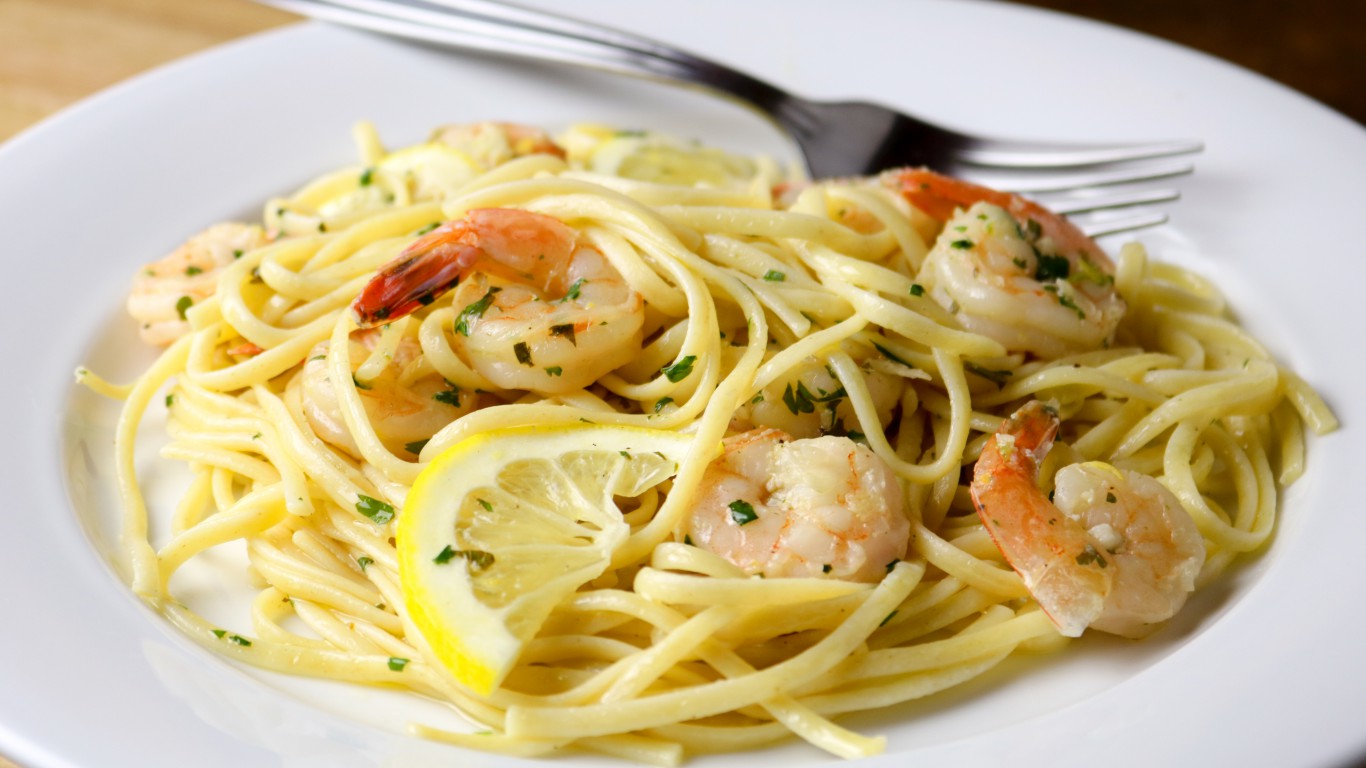 The very name of this popular dish should be a giveaway: Shrimp and scampi are two different things. We all know what shrimp are; scampi, also called Dublin Bay prawns, are actually tiny lobsters, with pincer-like claws and sweet, tasty meat. One preparation for scampi in Italy is to poach them quickly in white wine, then toss them in a sauce of butter or oil and garlic.

Italians immigrating to the United States couldn’t find scampi, so they applied a similar treatment to shrimp. The dish should probably be called “shrimp alla scampi” or “scampi style. It’s safe to say, in any case, that if you ask for “shrimp scampi” in Italy, nobody will know what you’re talking about.