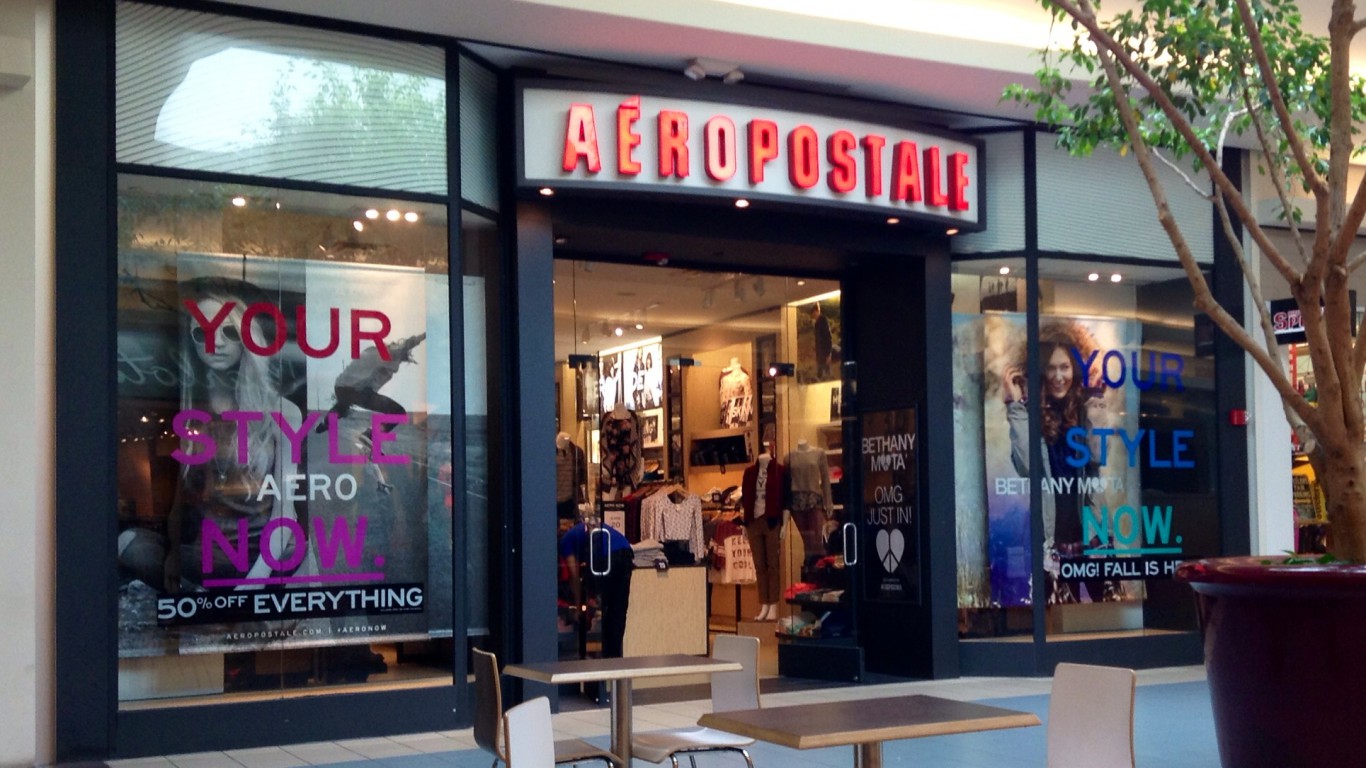 Like many stores on this list, Aeropostale is a staple in shopping malls nationwide, which helps explain its popularity with millenials. 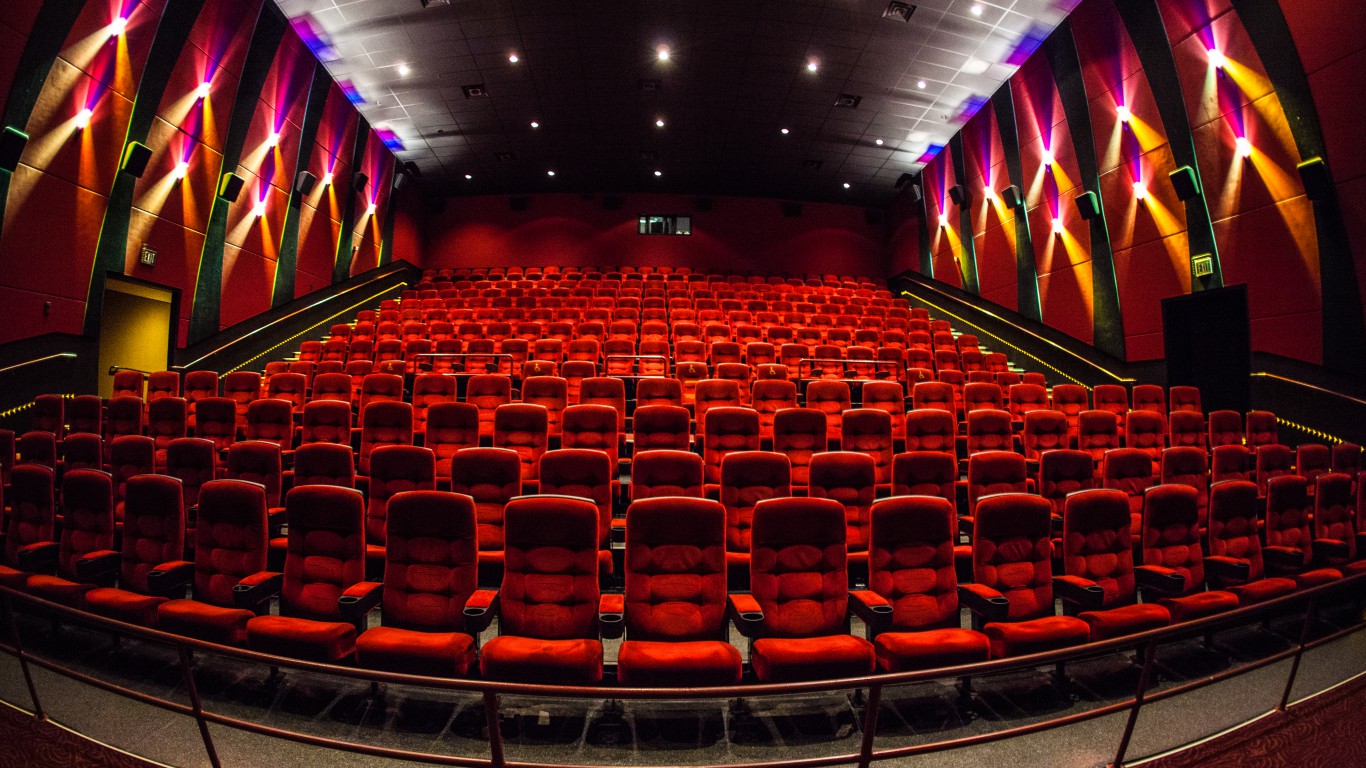 Movie ticket prices are at an all time high and attendance is at a multi-decade low as streaming services like Netflix, HBO Go, and Hulu are cutting into box office sales. AMC is faring better than most movie theatre companies however. The company has recently taken initiatives to improve the movie-going experience, including revamping theater seating. AMC’s $5.1 billion in annual revenue is up from $3.2 billion in 2016 and $2.9 billion in 2015. Young adult movie-goers likely account for a considerable share of the company’s revenue. Adults between the ages of 18 and 34 are 24% more likely to visit the movie theater chain than the general consumer population. 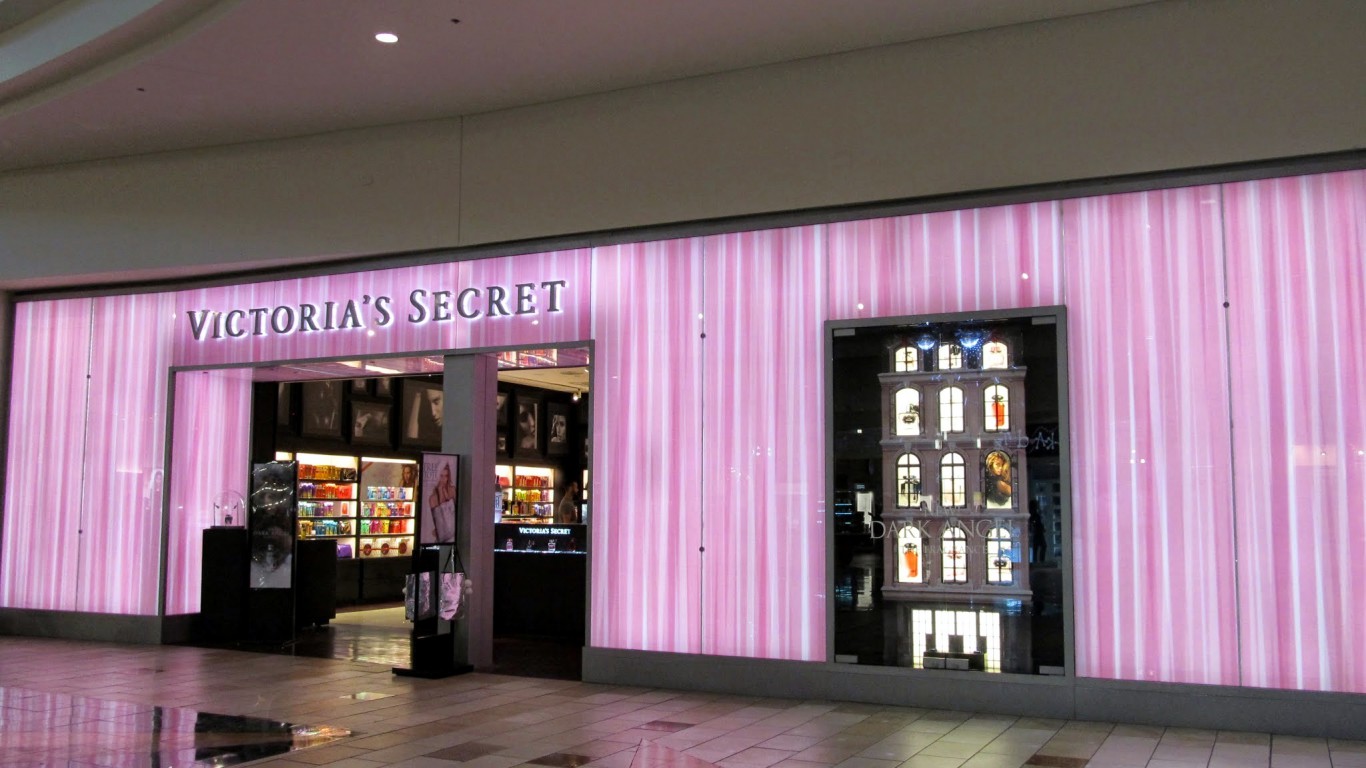 Victoria’s Secret is one of two specialty retailers under the L Brands umbrella on this list. The company sells a range of products including women’s lingerie, sleepwear, and sportswear as well as fragrances and beauty products. Victoria’s Secret has an impressive social media presence, particularly on the popular photo and video-sharing social network Instagram. Victoria’s Secret attracts 60.1 million followers on Instagram, actively promoting semi annual sales and new releases.

Adults ages 18 to 34 are 25% more likely than the typical consumer to shop at Victoria’s Secret — perhaps due to the company’s widespread social media presence. According to Pew Research Center’s “Social Media Use in 2018” study, some 71% of adults ages 18 to 24 use Instagram. According to another study, 72% of millennials report buying beauty and fashion products based on Instagram posts, which partially explains Victoria Secret’s success in attracting young adults. 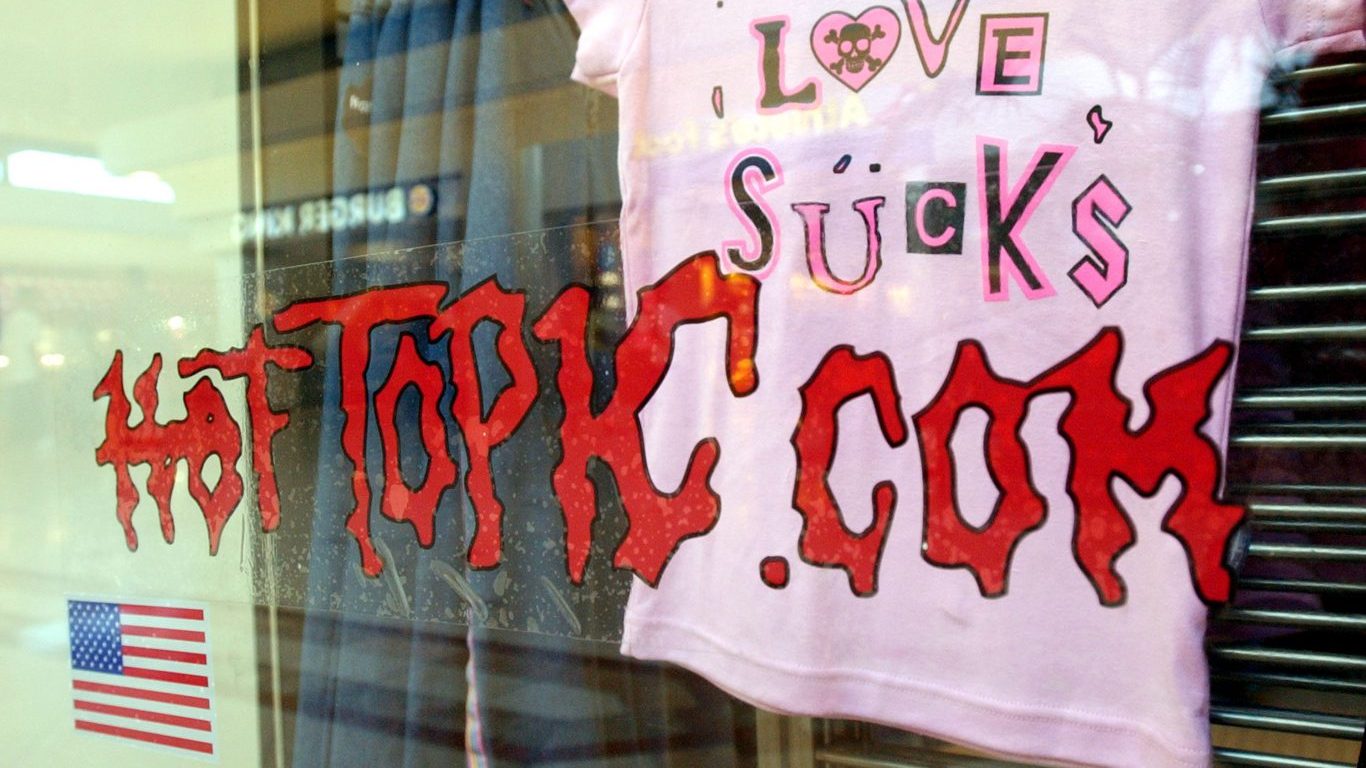 Adults ages 18 to 34 are 27% more likely to shop at Hot Topic than the general public. Indeed, many of the company’s products appear geared toward leveraging nostalgia among its millennial customers — be it a backpack with an old cartoon character like Scooby-Doo stamped on it or an article of clothing from the ’90s that is back in style. Like many stores on this list Hot Topic is a staple in malls across the country. 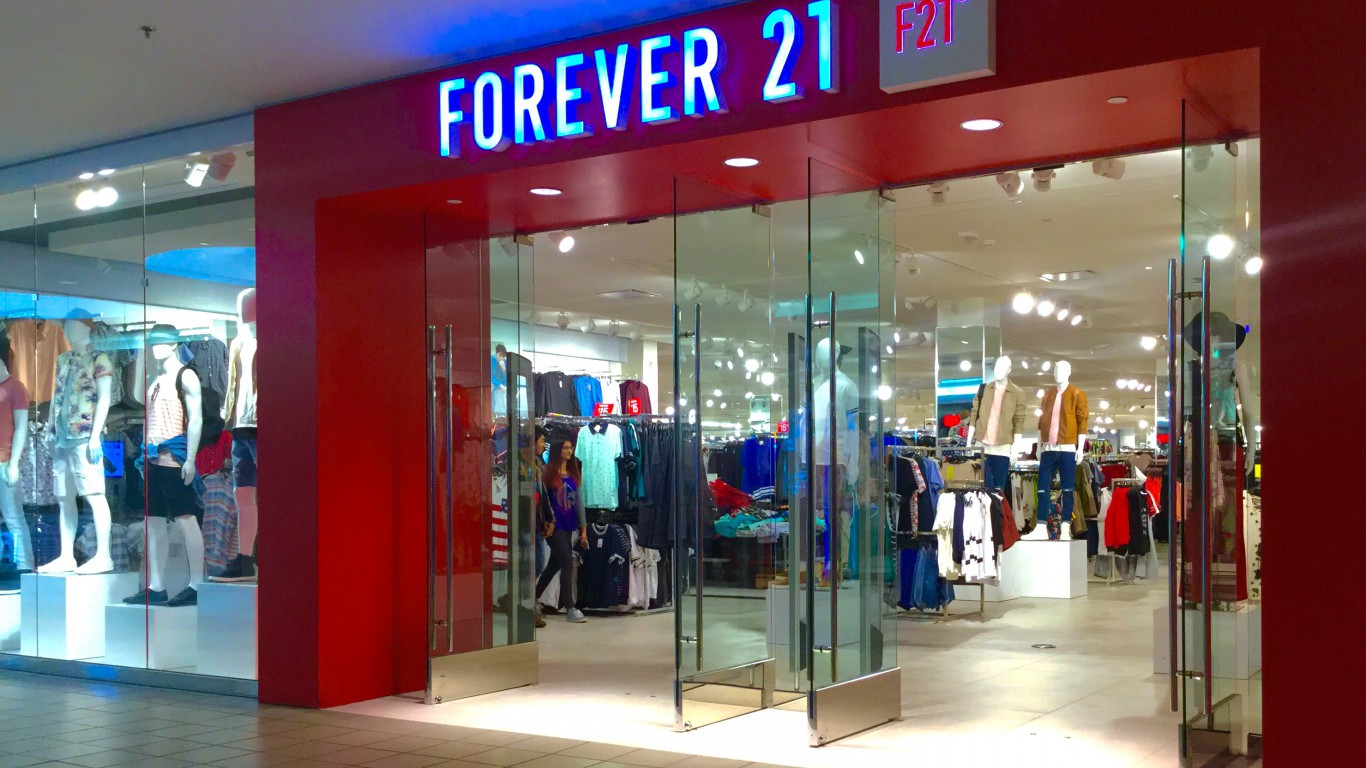 Millennials tend to favor lower prices over brand loyalty. According to a recent study, two-thirds of millennials reported they would switch brands if a discount of 30% or more was offered. Adults between the ages of 18 to 34 are 33% more likely to shop at fashion giant Forever 21, a retail store known for its cheap clothing, shoes, and accessories, compared to all combined age groups. Young adults are likely drawn to Forever 21 for its low prices and regular discounts, even if quality of clothing is sacrificed as a result. One study suggests that younger millennial women in particular are drawn to Forever 2’s fast fashion business model — offering the fashion industry’s latest trends at an affordable price.