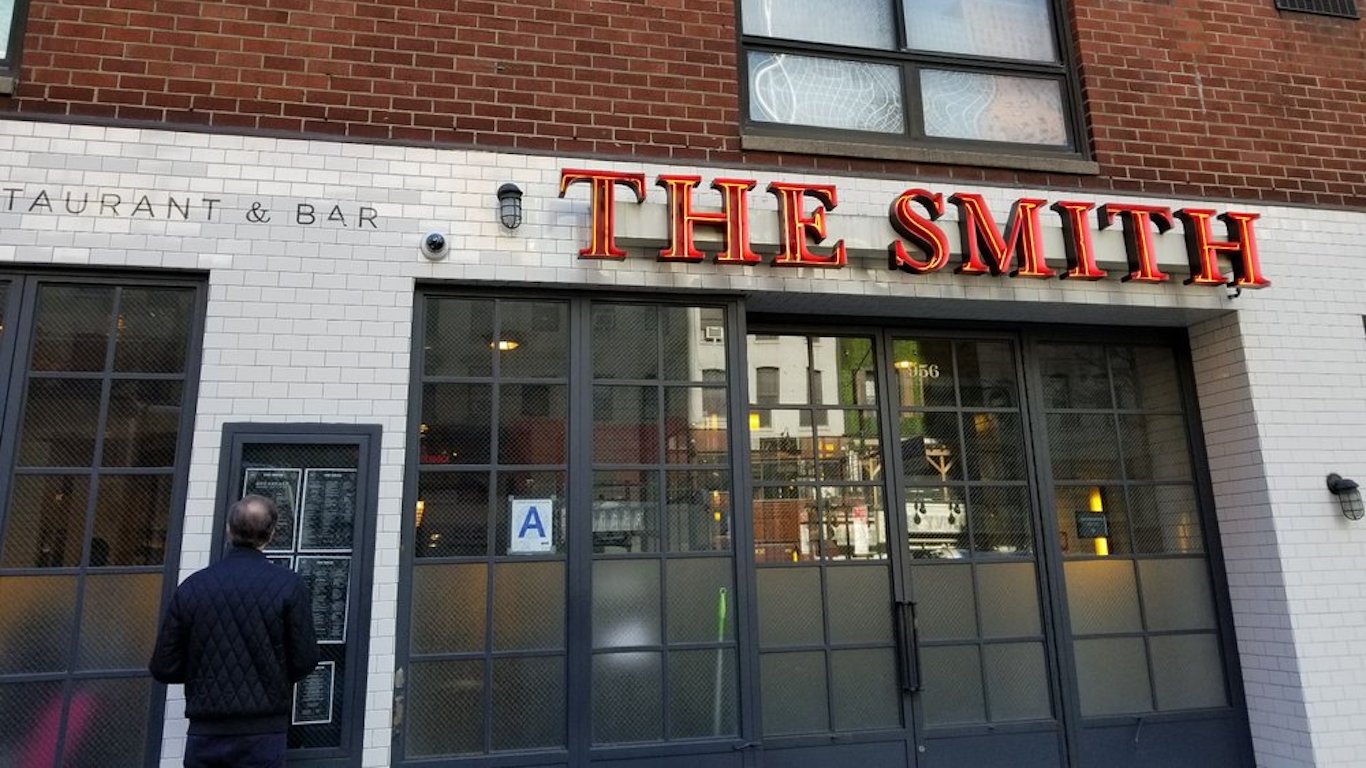 Two locations of this “jack-of-all-trades” restaurant (as their website calls it) — out of four Smiths in New York City and two in Washington, D.C. — made this list (see No. 27). It’s easy to see the appeal. The kitchen seems more concerned with satisfying cravings than breaking new ground. Thus: a raw bar, tomato soup, Caesar salad, ricotta gnocchi, lobster roll, two burgers, five steaks (with fries or field greens), spaghetti and meatballs as a Sunday special…. You get the idea. 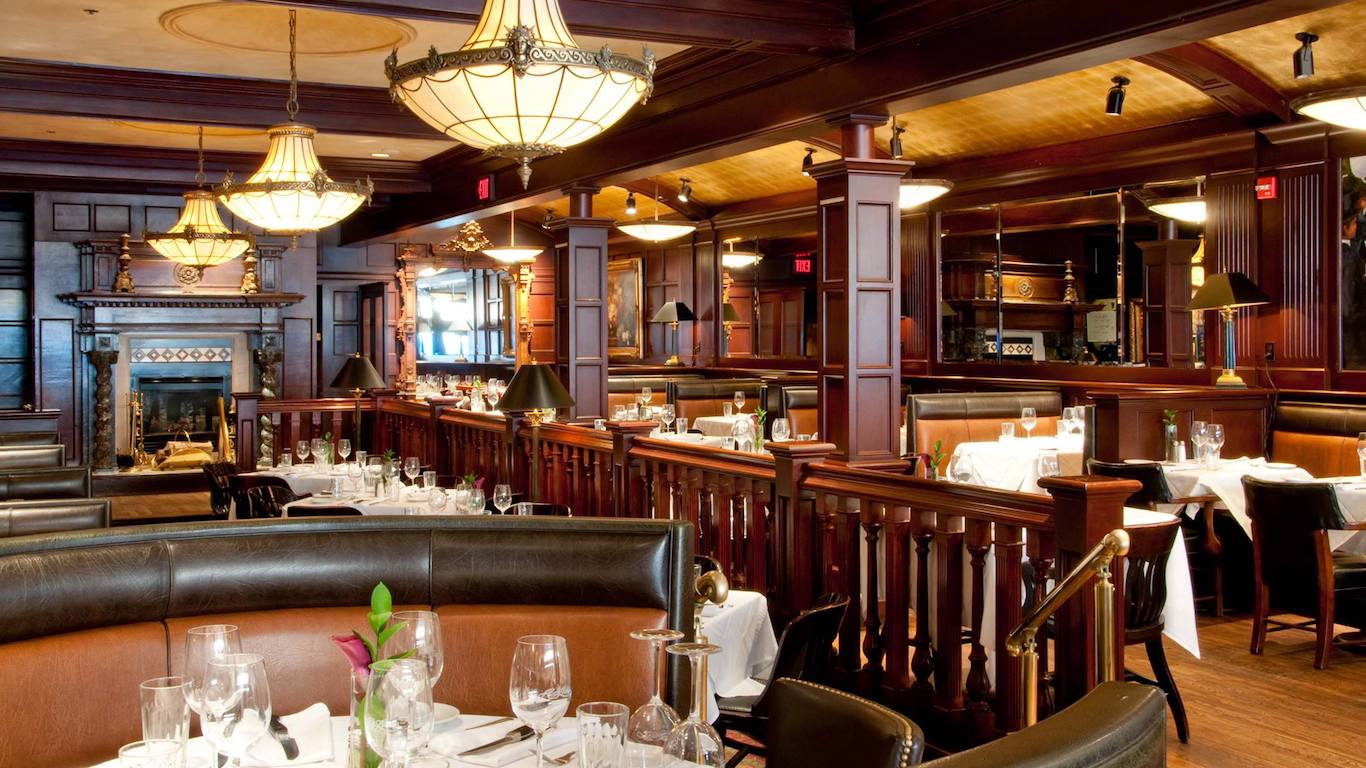 Abe & Louie’s is an “add lobster tail to any entrée for $25” kind of place, as specified on the menu, heavy on corn-fed Midwestern prime steaks, chops, and seafood. Its parent company, the Tavistock Restaurant Collection, runs 18 restaurants in eight states, including a second Abe & Louie’s in Boca Raton, Florida. 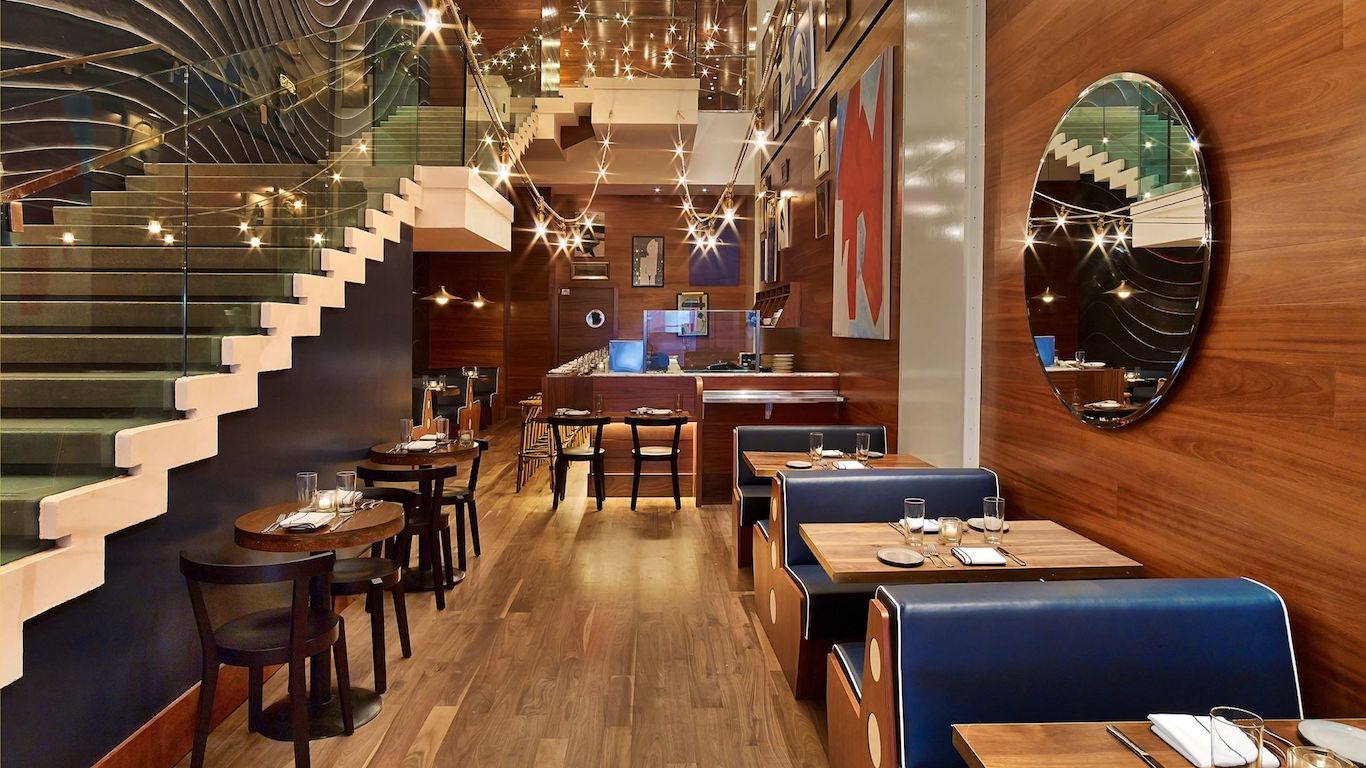 The recently remodeled Blue Fin in the Times Square W Hotel proposes an extensive menu of sushi and other seafood, plus a couple of steaks and a New York State of Mind burger, made with all New York State ingredients. A raw bar and an artisanal cheese selection round out the menu, and breakfast and brunch are served. The restaurant’s corporate parent, BR Guest Hospitality, which runs 17 restaurants in New York, Pittsburgh, Chicago, and Las Vegas, was acquired in late 2016 by the massive Landry’s, Inc., which itself oversees more than 600 restaurants, hotels, casinos, and sports teams across the country. 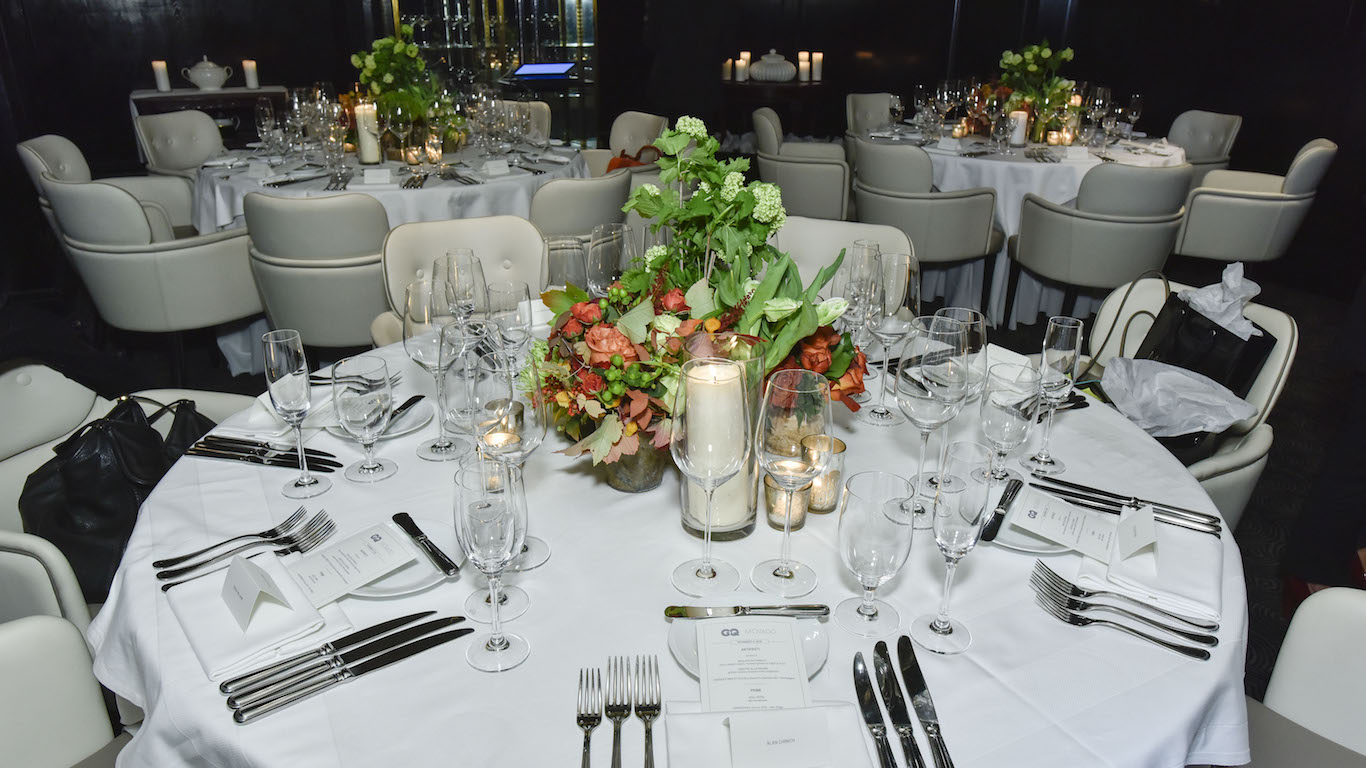 This elegant, justifiably pricey Italian restaurant is described on its website as a “creation of Joe Bastianich, Lidia Bastianich and Executive Chef Melissa Rodriguez.” That’s true as far as it goes, but the missing name on that list is the now-disgraced Mario Batali, whose vision was essential to the place for more than a decade. Opened in 2005, Del Posto got a three-star review in the New York Times the following year, and then a four-star ranking — the paper’s highest restaurant accolade — in 2010. No other Italian place had reached that level since 1974. Chef Rodriguez — who joined the staff in 2011, was promoted to chef de cuisine in 2015, and became executive chef last year — prepares refined but full-flavored versions of many Italian classics, including vitello tonnato, orecchiette with rabbit sausage and turnips, and the seafood stew called cacciucco livornese. 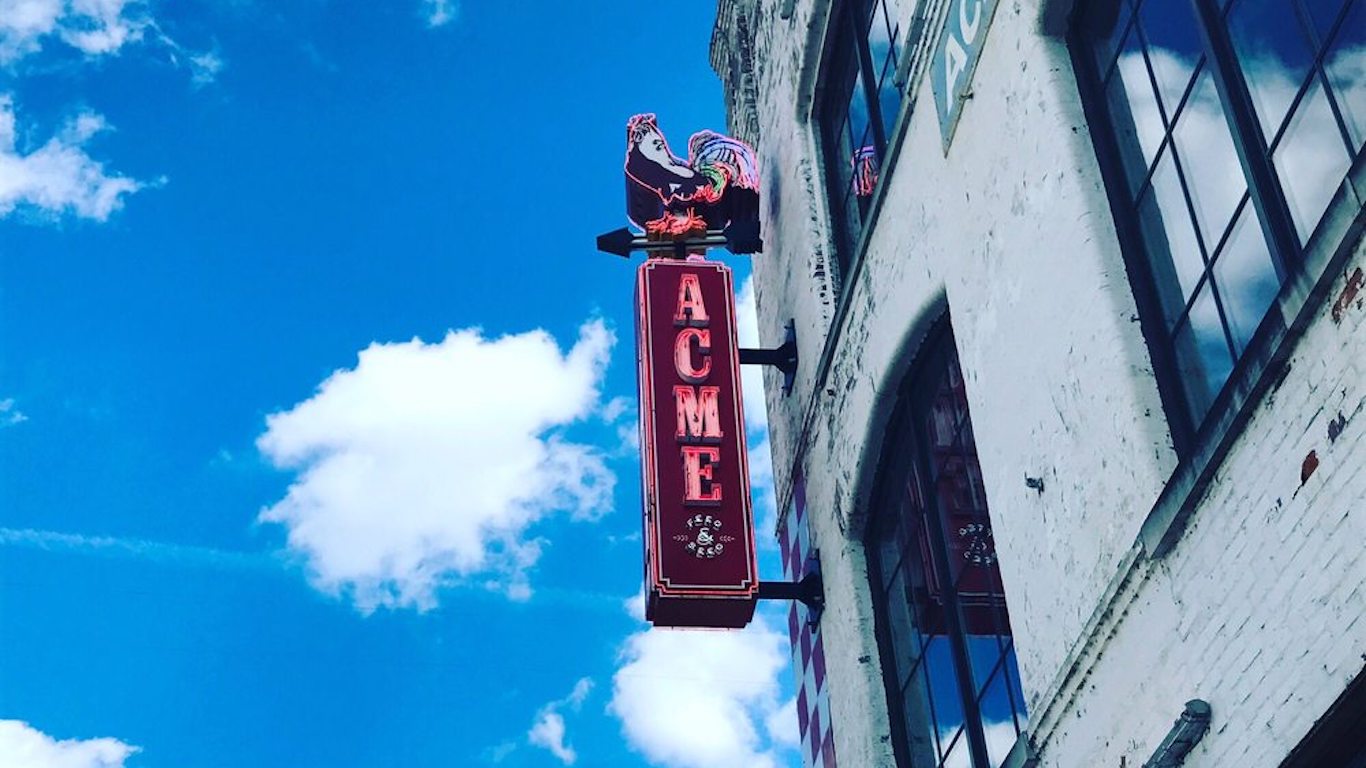 Built in 1890, the building now occupied by Acme Feed & Seed has housed a grocery store, a flour company, and a wholesale drug firm, among other tenants, and from 1943 to 1999 it was home to the business that became known as Acme Farm Supply. After that closed, the structure was occupied only occasionally until 2014, when Nashville chef-restaurateur and caterer Tom Morales took it over. In the space, he created a four-level complex with a “funkytonk” on the ground floor, serving such fare as hot chicken sandwich, gorgonzola meatloaf, and “redneck lo mein;” a lounge and bar with sushi bar and bar food on the second level; an event and music venue on the third floor; and an open-air bar on the roof.