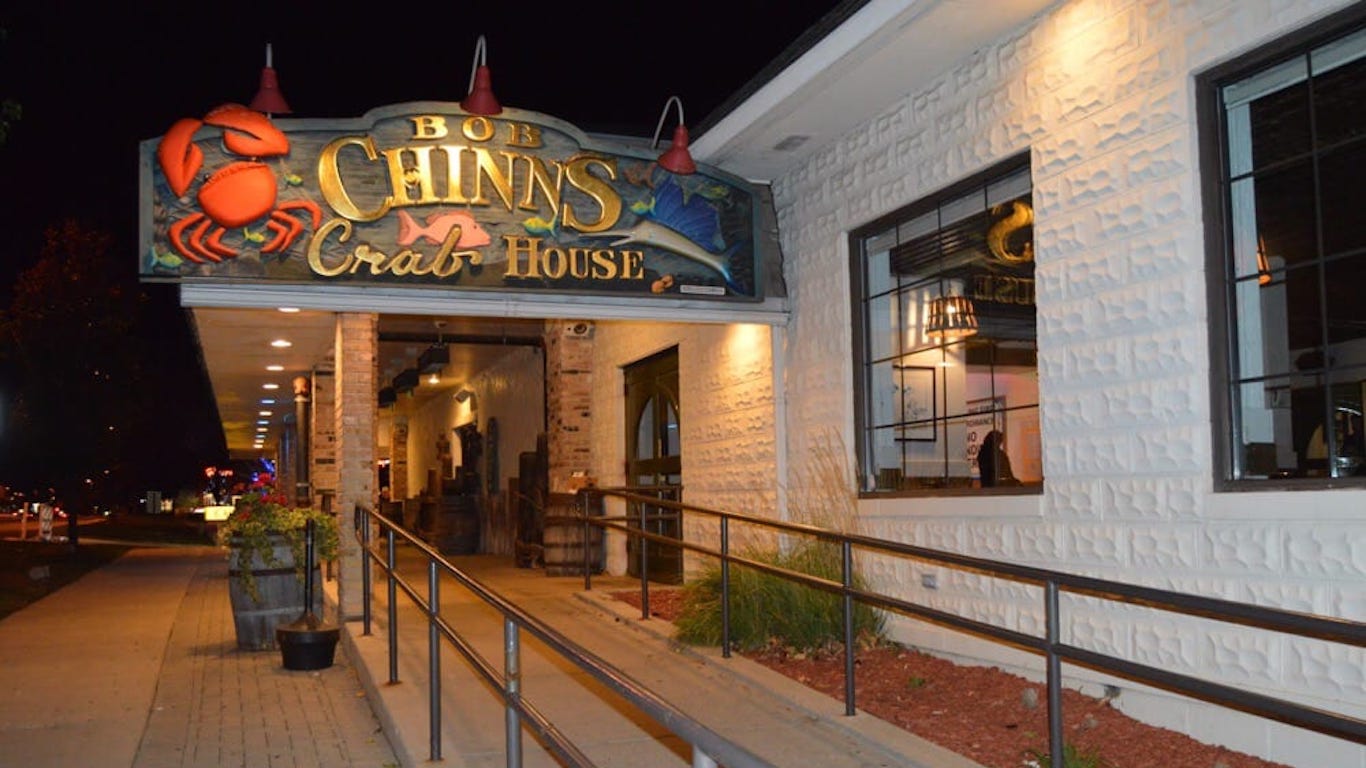 Opened by veteran Chinese-American restaurateur Bob Chinn in 1982, this seafood house about 30 miles northwest of Chicago takes pride in its quick service, noting that almost every item can be prepared in 15 minutes or less.

Crab, of course, features prominently on the lengthy menu — Louisiana blue crab, Alaskan snow crab and king crab, Maryland softshells, Massachusetts Jonah crab, Australian kona crab. There’s a salad bar, a selection of fresh fish, and some meat dishes marked on the menu as “for the landlubber.” Some 13 variations on surf & turf are also offered. 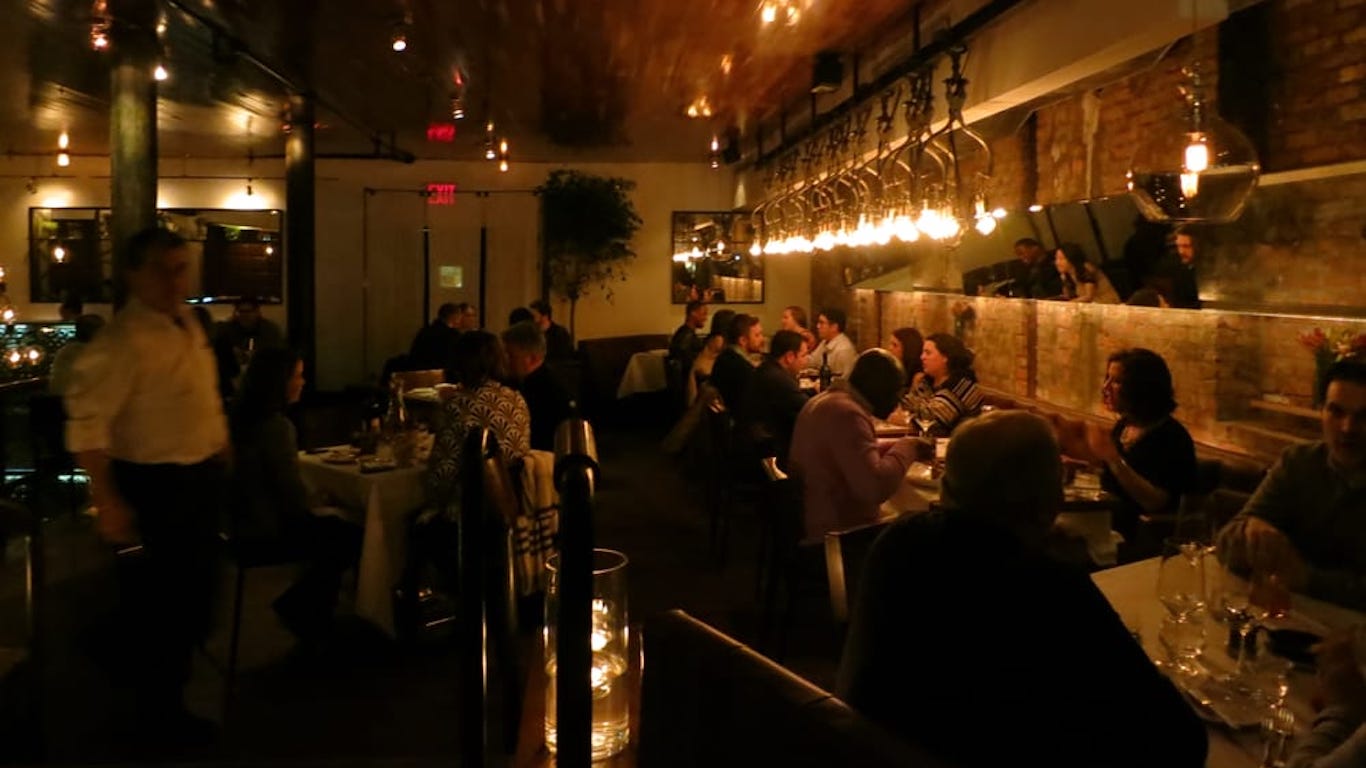 The second Quality Branded restaurant on this list (see No. 47), Quality Meats is a clubby-looking steakhouse with a raw bar, a charcuterie selection, and what is provocatively called a “smoking section.” This isn’t the place for cigarettes and cigars, but rather a menu of smoked cocktails such as the BBQ old-fashioned, liquors such as the rimfire mesquite-smoked Texas single malt, and snacks such as devils on horseback sliders, with bacon jam, dates, Maytag Blue cheese, and caramelized onions. The restaurant’s winning customer-suggested dessert is cheesecake ice cream with Key lime pie ribbons, graham cracker crunch, and toasted marshmallow swirl. T.G.I. Fridays and Smith & Wollensky founder Alan Stillman and his son Michael run Quality Branded. 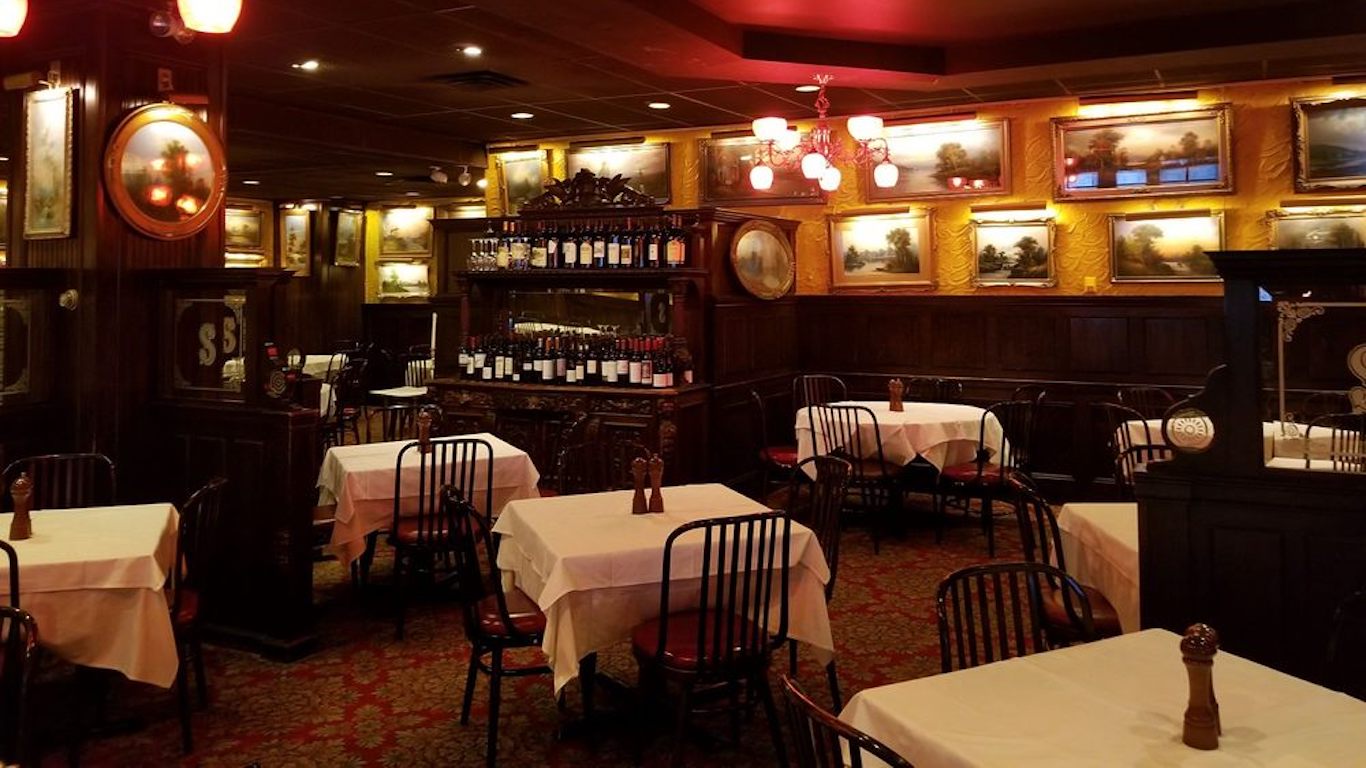 “Little but the prices has changed at Sparks since it opened in 1966, and patrons like it that way,” according to Restaurant Business. The menu is steakhouse-standard: shrimp cocktail, baked clams, spinach salad, extra-thick veal and lamb chops, lobster, swordfish, and of course steak. The wine list is immense and justly famous, and there are private rooms that can seat up to 250 people. 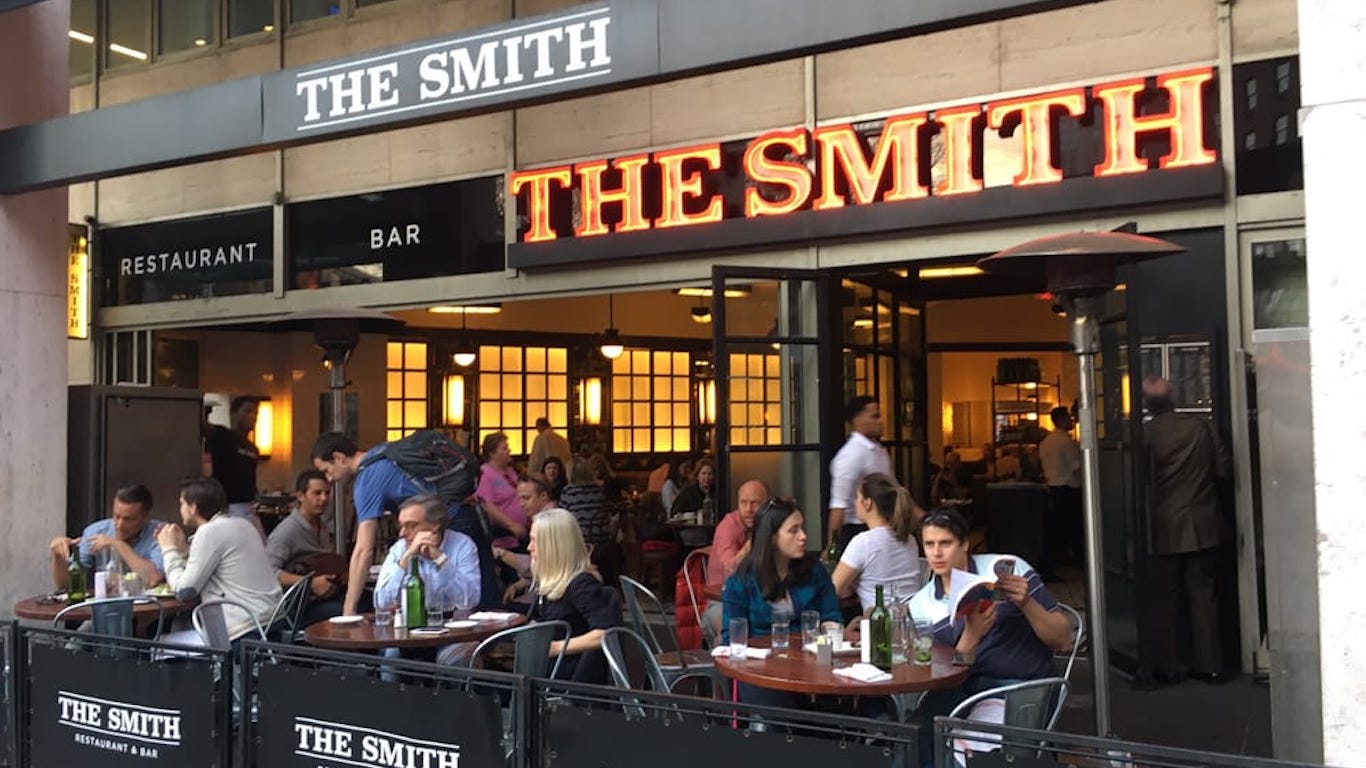 Situated for success across the street from Lincoln Center, this branch of The Smith offers a menu that is almost identical to that at the Midtown version (see No. 5). That means straightforward fare, varied and, according to many reviews both professional and crowd-sourced, generally very good. 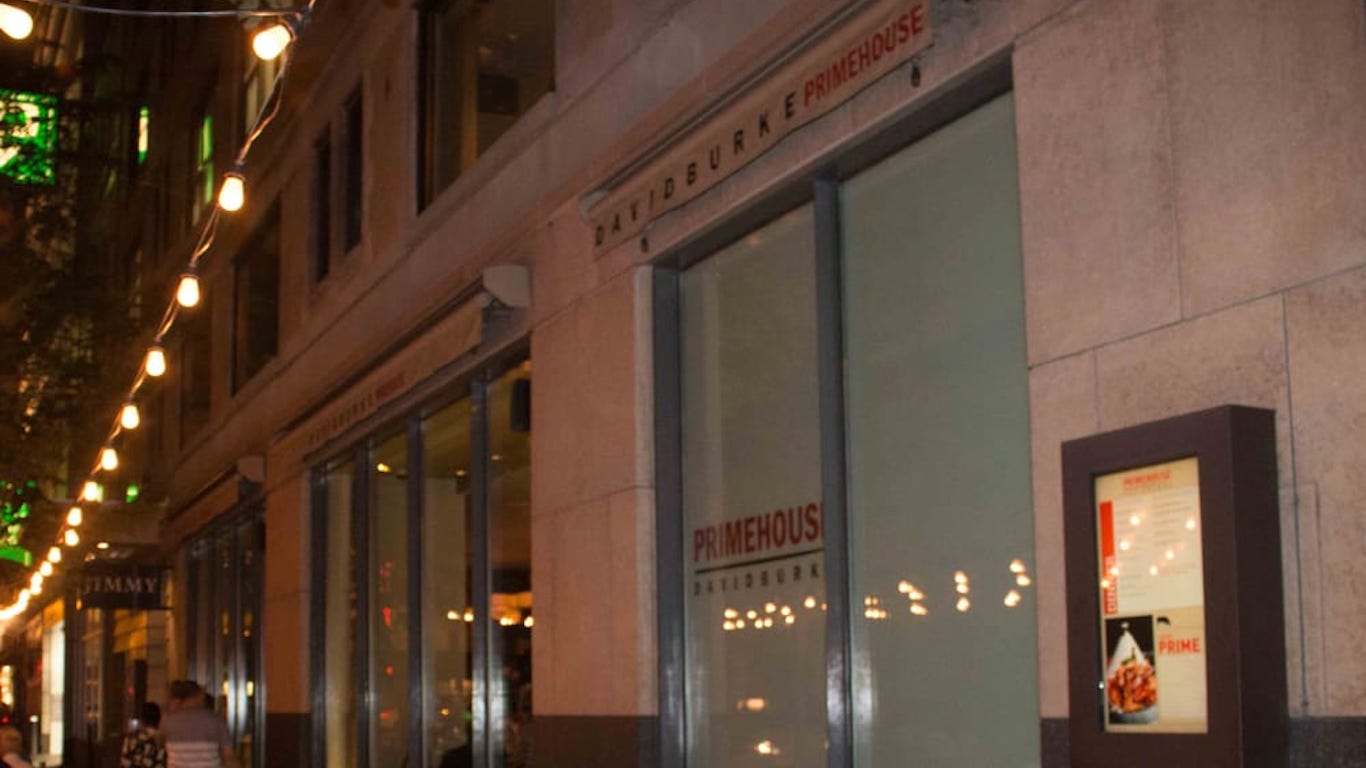 From the time it was founded in 2006 until last year, this Chicago steakhouse — famous for its dry-aged beef in a city where wet-aging is more prevalent — was called David Burke’s Primehouse. Burke, the celebrity chef who has opened and closed a number of restaurants in New York and elsewhere, actually left the place in 2014 but didn’t take his name off it until last year. Despite its success, the restaurant, which is located in the James Hotel, closed on Dec. 9 and is scheduled to be reinvented soon as The James Kitchen + Bar.