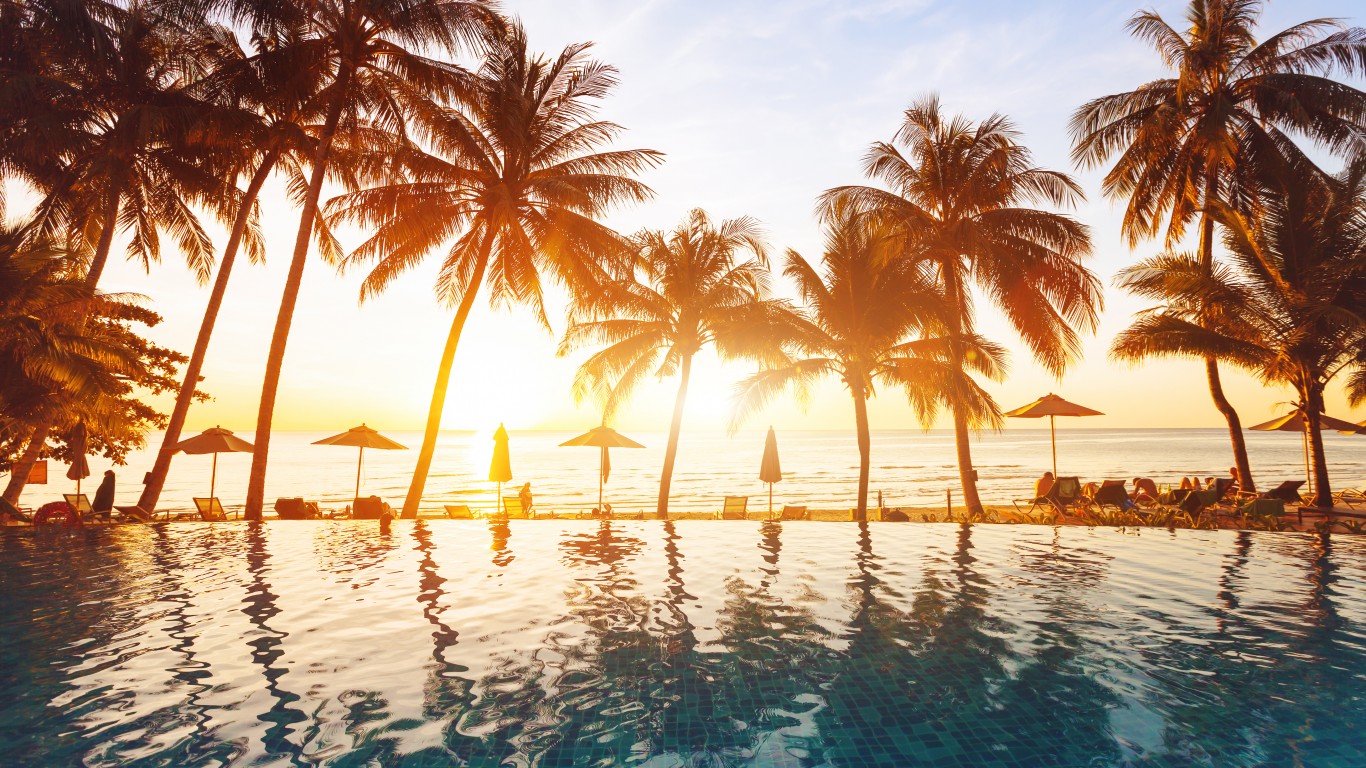 Hawaii logged a record 9.4 million visitors in 2017, the sixth consecutive record breaking tourism year for the state. Hawaii’s accommodation industry — which includes hotels, camps, and boarding houses — is a direct beneficiary of tourist spending. In the last five years, the industry’s economic output climbed 12.8%. In 2016, the sector generated $3.9 billion, or 5.3% of the state’s total GDP. For comparison, the accommodation sector accounts for just 0.8% of total national GDP. 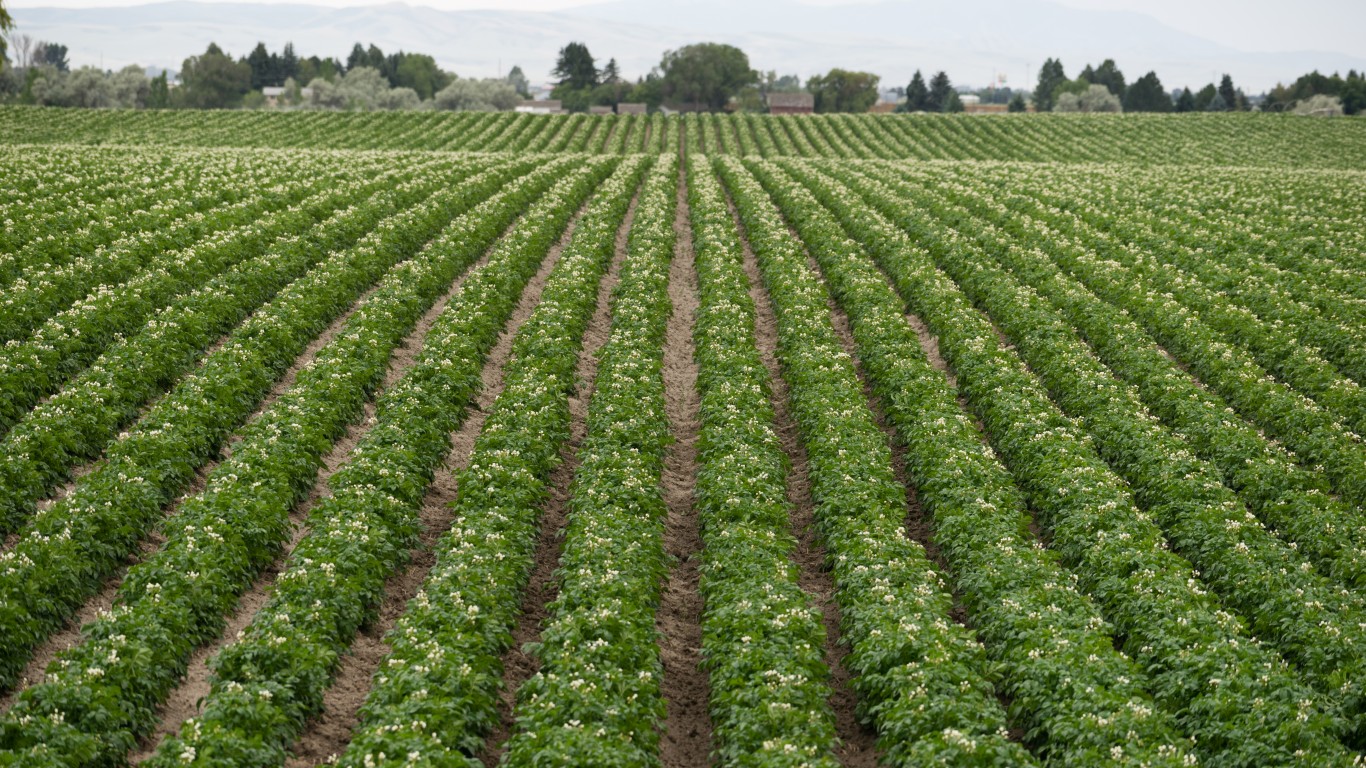 Farming is an economic pillar in Idaho, generating nearly $3 billion, or 4.8% of the state’s total GDP, in 2016. While the state is widely known for its potatoes — accounting for nearly a third of all U.S. potato production — it is also a major producer of a number of other crop and livestock products. Idaho is the largest producer of hard white wheat, a top producer of barley, and it accounts for 20% of all U.S. sugar beet production. Through its dairy farms — churning out over 13 billion pounds of milk a year — Idaho is the third largest cheese producer of any state. The state also is home to some of the nation’s largest cattle operations.

In the last five years, Idaho’s farming sector expanded by 35.7%, well above the industry’s 28.5% nationwide growth. Much of Idaho’s agricultural products are exported to Canada, Mexico, and parts of Asia. Foreign countries bought nearly $2 billion worth of crop and livestock products from Idaho farms in fiscal 2015 alone. 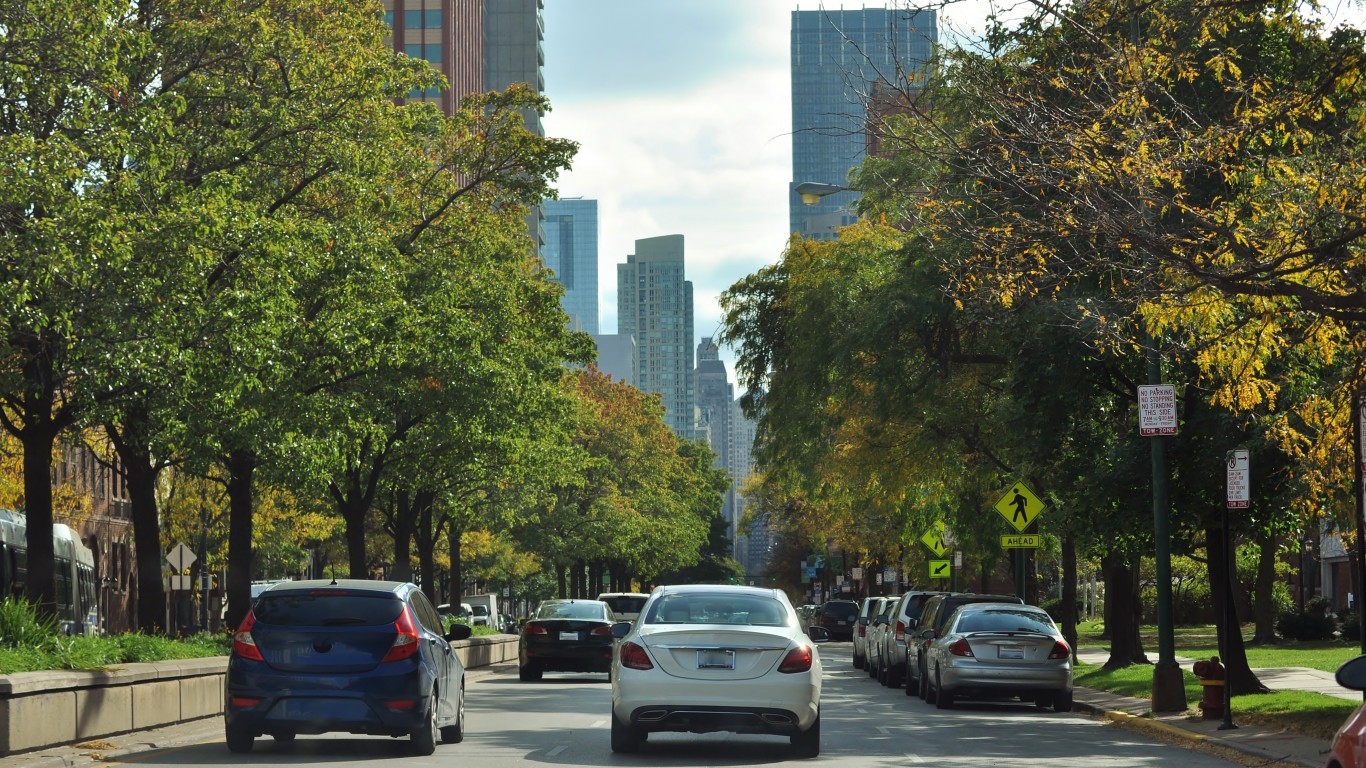 The insurance industry is the largest in Illinois, accounting for 5.6% of the state’s 2016 GDP. Insurance giants Allstate, headquartered about 20 miles northwest of downtown Chicago, and State Farm, headquartered in Bloomington, each ranks among the 100 largest American companies by total revenue. In total, the industry generated $38.8 billion in Illinois in 2016, more than the entire economic output of both Vermont and Wyoming that year. 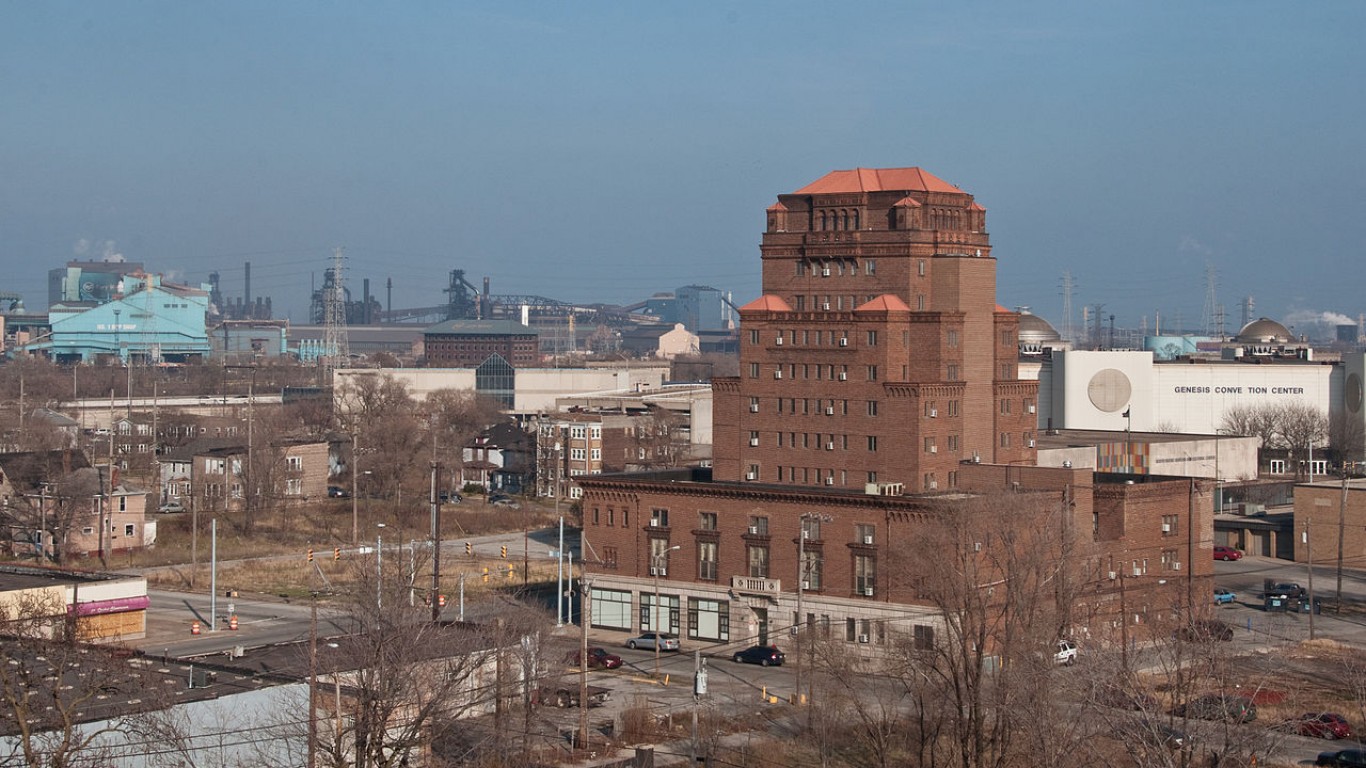 Chemical manufacturing generated $19.8 billion in Indiana in 2016, more than any other industry after real estate. The state is a hub for the broader manufacturing sector and is home to a number of companies in the chemical product manufacturing subsector, which includes makers of pharmaceuticals, cleaning products, and agrochemicals. Drug maker Eli Lilly, solvent maker Calumet, and plastics developer Berry Global are among the 10 largest companies headquartered in the state. 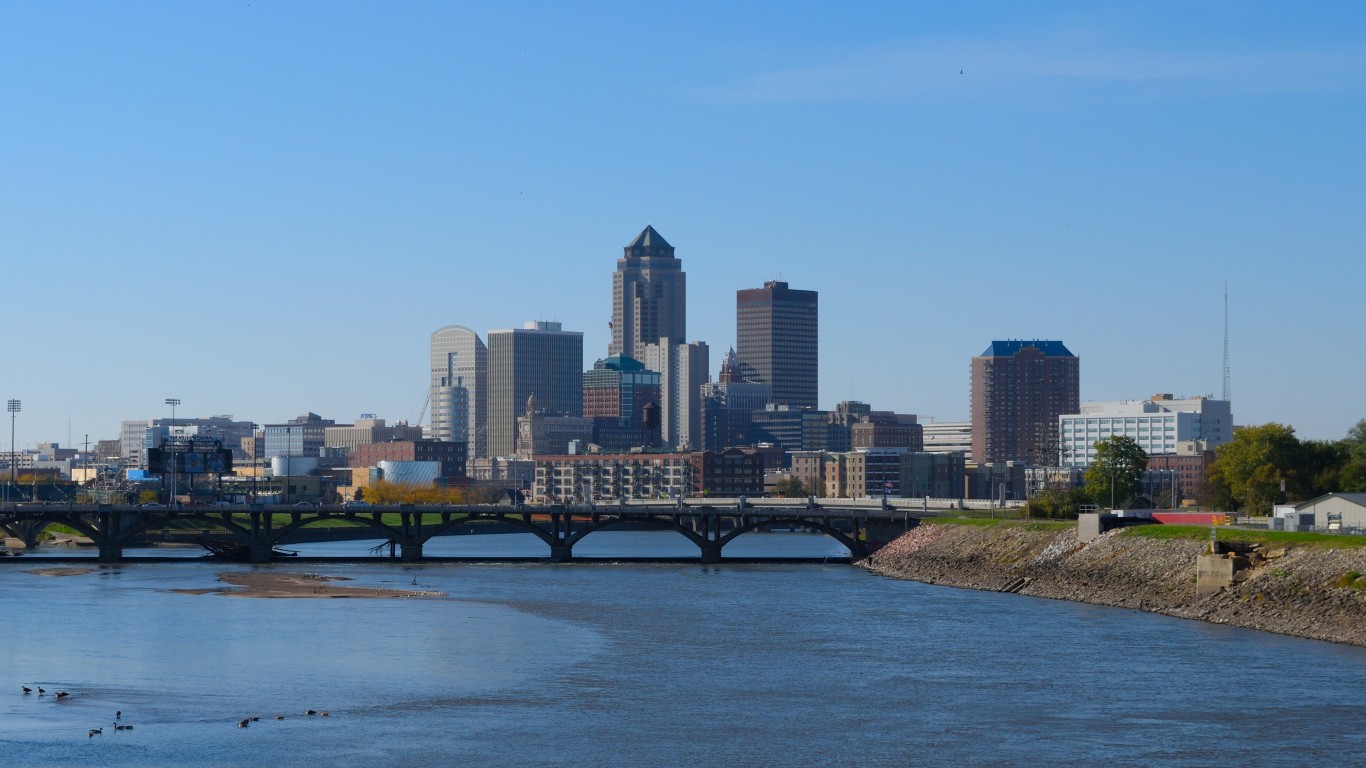 Iowa is one of just two states in which insurance is the largest economic driver, and one of nine if real estate is excluded from consideration. Insurance carriers and related activities generated $20.2 billion in 2016, 12.4% of Iowa’s overall GDP. Insurance giants ING and Nationwide have a strong presence in Des Moines, a city that is also home to the headquarters of the Fortune 500 insurance and investment management company, Principal Financial Group.

The U.S. insurance industry’s rapid growth in recent years has been an economic boon for Iowa. The economic output of the insurance sector has more than doubled in the last five years. Over the same period, the state’s GDP climbed 14.7%, well above the comparable 10.5% national GDP growth.