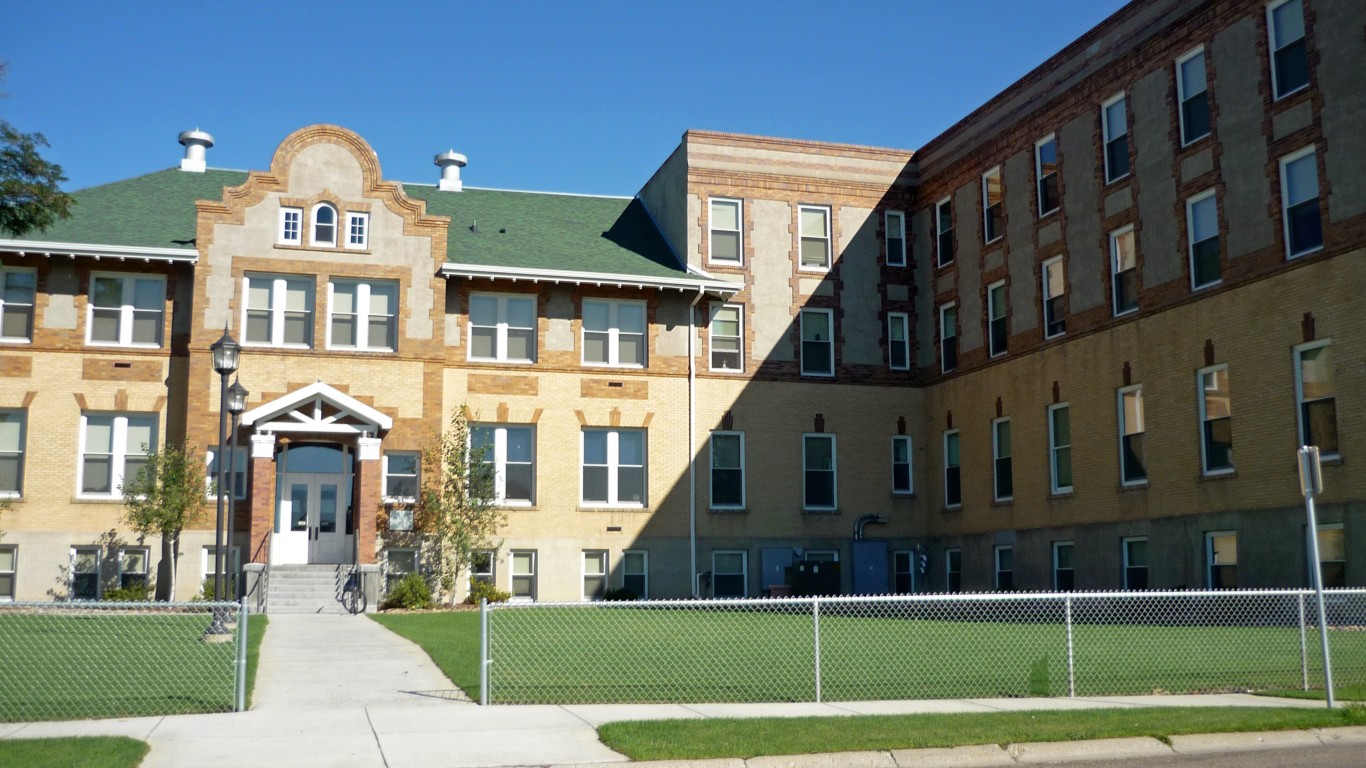 Montana is one of five states in which, after excluding real estate, hospitals, nursing, and residential care facilities is the largest industry. Like in the other states with the same largest industry, Montana’s population is older than that of the U.S. as a whole. The typical state resident is 40 years old compared to the 38 years median national age. Additionally, 17.6% of the population are age 65 or older, well above the comparable 15.2% share of Americans nationwide.

Montana’s elderly population is growing rapidly, likely driving the industry’s growth. In the last five years, the number of retirement age state residents climbed by 21.8%. Over the same period, the state’s largest industry grew by 14.0%. 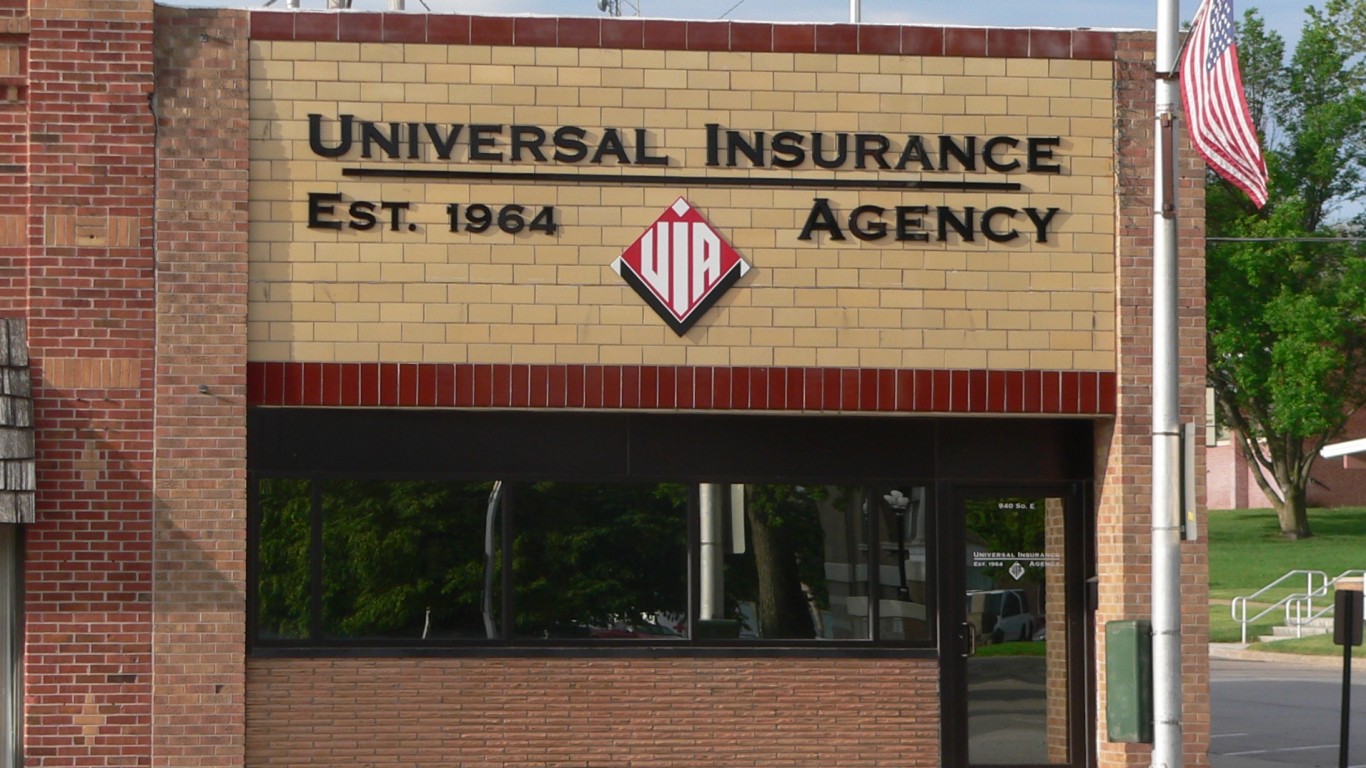 Nebraska’s insurance industry has more than doubled in size in the last five years and now ranks as the state’s largest industry, after real estate. Insurance and related activities generated $8.3 billion in 2016, 8.0% of the state’s total GDP. For reference, the insurance industry accounts for 3.2% of GDP on a national scale.

Notable companies in the industry headquartered in the state include Berkshire Hathaway and Mutual of Omaha — which rank third and 337 on the Fortune 500, respectively. 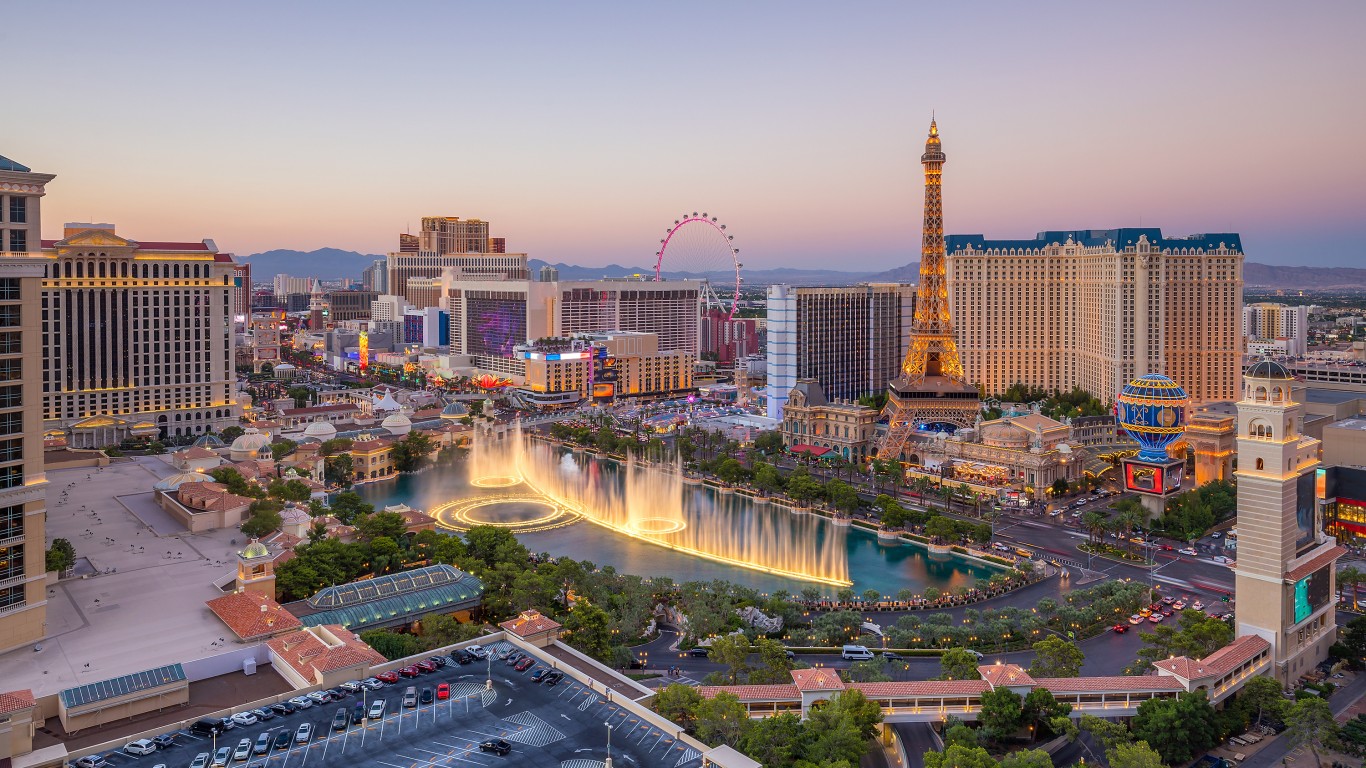 Tourism is an integral part of Nevada’s economy. More than 42.2 million people visited Las Vegas alone in 2017. Due in no small part to Sin City’s appeal, the accommodation industry, including hotels, RV camps, and boarding houses, generated $13.6 billion in 2016, slightly more than a 10th of the state’s total GDP. For reference, accomodation accounted for just 0.8% of GDP nationwide. 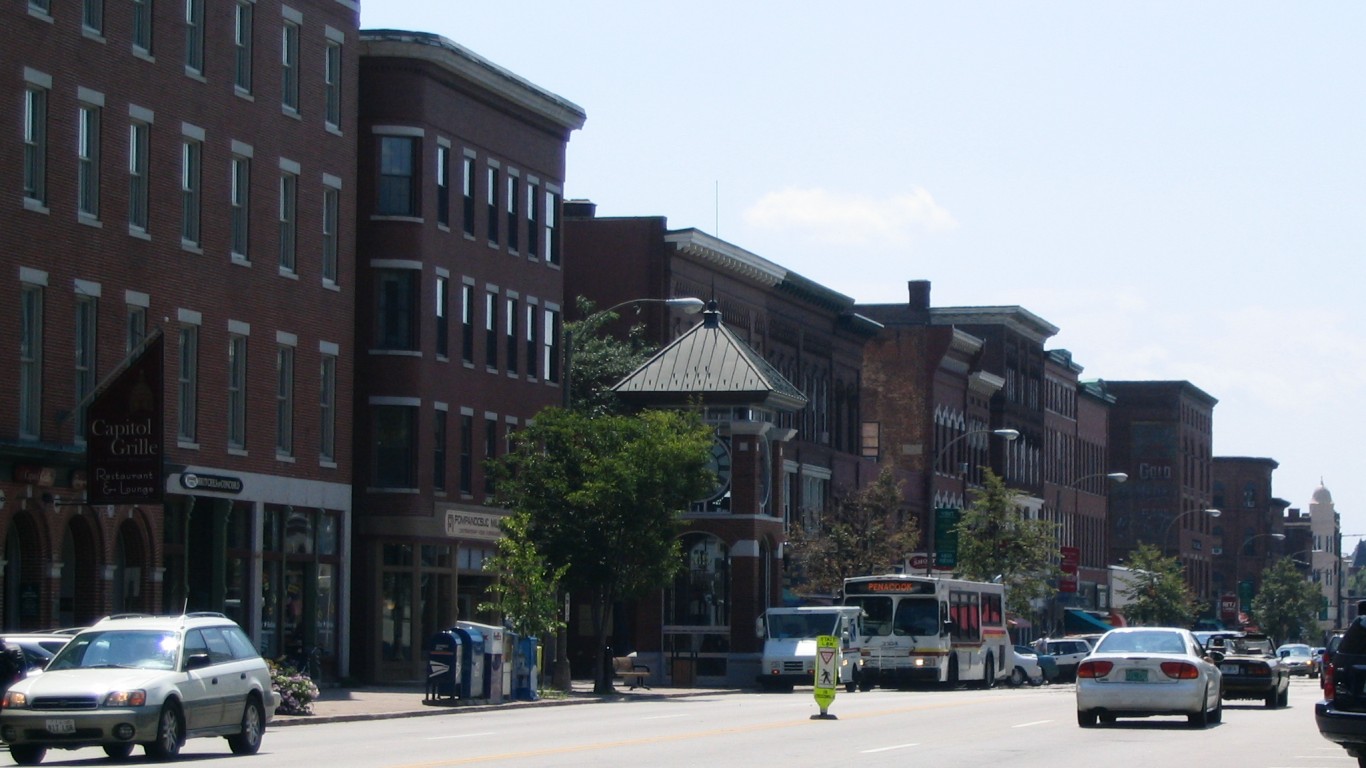 The insurance industry accounts for 6.3% of New Hampshire’s GDP, nearly double the industry’s economic impact on a national scale. The industry has grown rapidly in recent years — and New Hampshire’s economy has benefited tremendously. Over the last half decade, the state’s insurance sector grew by 82.2%, contributing to the state’s 8.2% overall GDP growth.

For the nearly 15,000 New Hampshire residents working in the industry, wages are generally high. The average industry salary in the state is $87,766 a year, or $34,200 more than the average salary across all industries in the state. 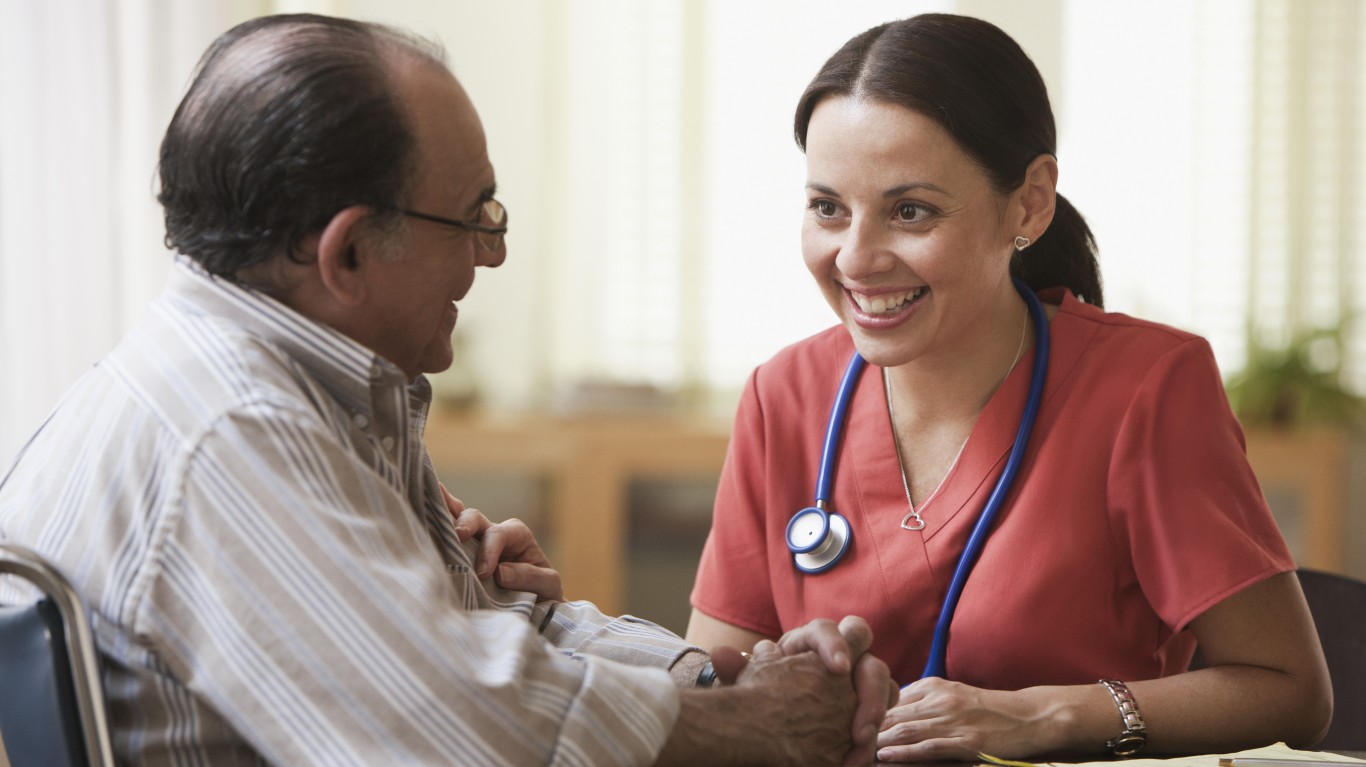 Though its economy is relatively diversified, New Jersey relies more heavily on ambulatory health care services than any other industry, not counting real estate. The sector, which includes doctors, dentists, and diagnostic labs, generated $21.1 billion in 2016, 4.2% of the state’s total GDP. In the last half decade, the industry expanded by nearly 15% — helping boost the state’s GDP growth to 5.5% over the same period.

New Jersey residents are more likely to make regular doctor visits than the typical American as the state’s uninsured rate of 8.0% is slightly below the comparable 8.6% U.S. rate.