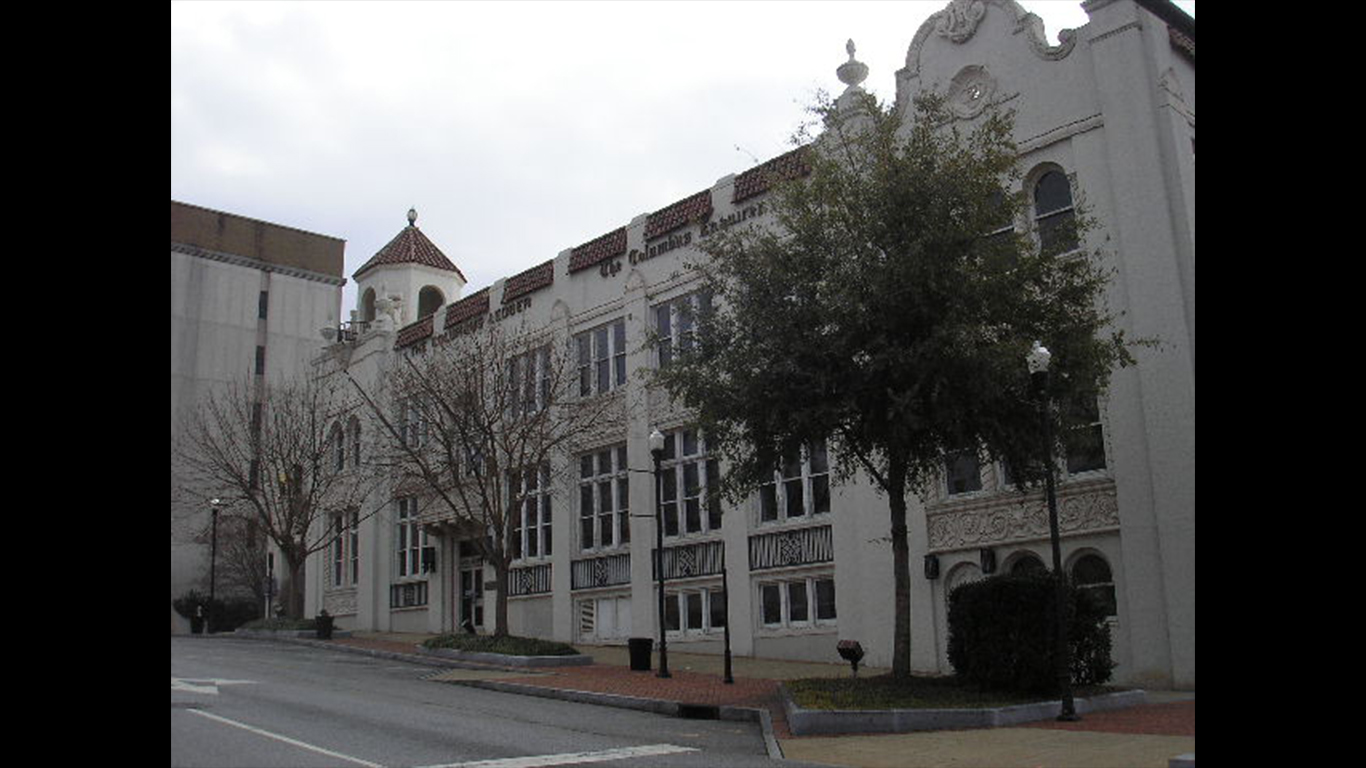 In 1838, Mirabeau Buonaparte Lamar was elected as the second president of the Republic of Texas. Ten years earlier, however, the Georgia-born Lamar had established a weekly newspaper (later a daily) called the Columbus Enquirer, in the town of Columbus, southwest of Atlanta.

The Enquirer’s future partner, the Columbus Ledger, was founded in 1886 by Georgia editor and publisher Edward T. Byington. An Alabama native, Rinaldo William Page, went to work at the Ledger the year it was launched as an advertising salesman, and in 1892, he and his brother-in-law, Larkin T. Jones, purchased the paper.

The Enquirer went on to win a Pulitzer Prize for Public Service in 1926 for its coverage of the so-called Scopes Monkey Trial (in which science teacher John Scopes was prosecuted for teaching evolution in a Tennessee school), its opposition to the Ku Klux Klan, and its stand against lynching. (It won a second time in 1955 for its investigation into corruption in Phenix City, Alabama.)

The Page family bought the Enquirer in 1930 and continued to run both publications until 1973, when they were sold to Knight Newspapers, Inc., later Knight Ridder. The papers merged, becoming the Ledger-Enquirer, in 1988. The McClatchy Company — publishers of more than 30 newspapers nationwide, including the Miami Herald, the Kansas City Star, and the Sacramento Bee — bought Knight Ridder in 2006 and now runs the Ledger-Enquirer. 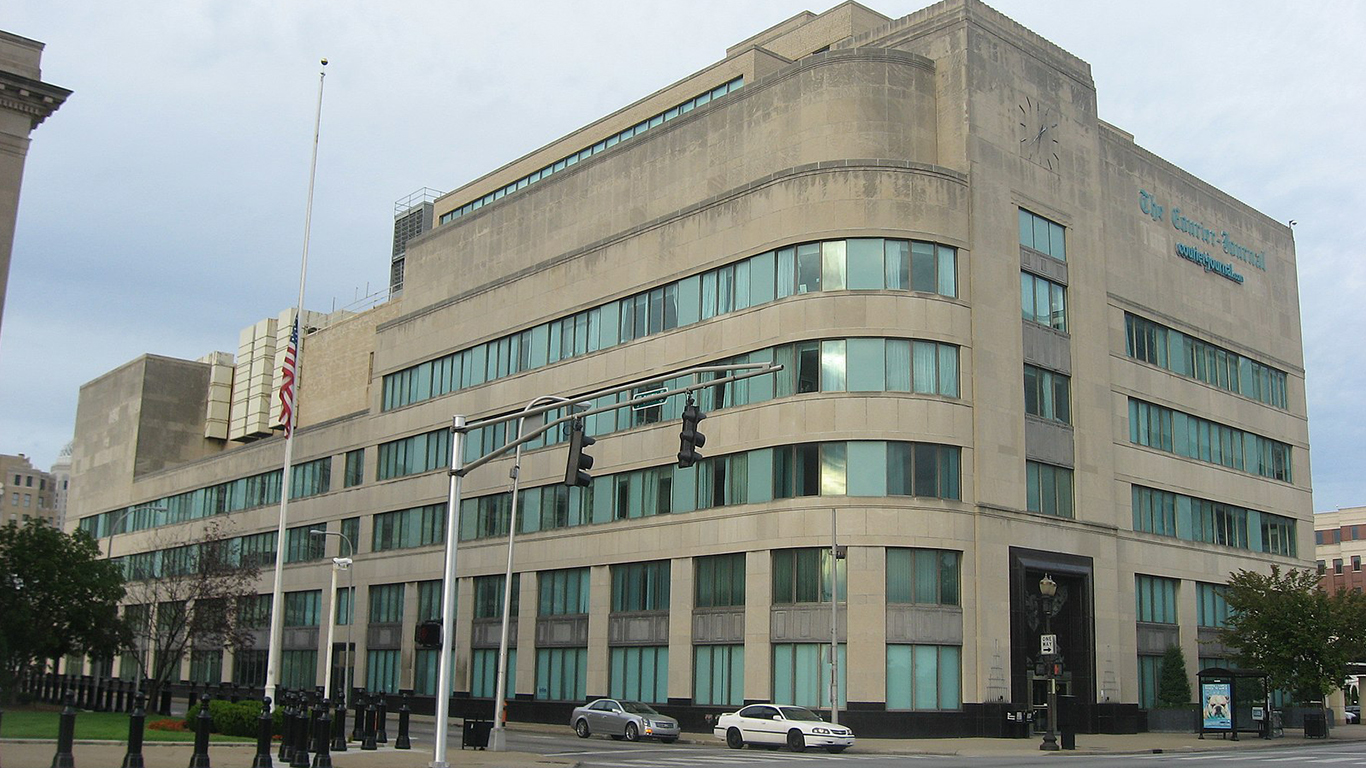 n 1826, a veteran publisher named William Worsley and a partner started the ambitiously titled Focus of Politics, Commerce, and Literature — later known simply as the Louisville Daily Focus — to compete with what was then the state’s most influential paper, the Louisville Public Advertiser.

A Connecticut journalist, George D. Prentice, came to Louisville to write a biography of his friend Henry Clay, who planned to run for president in 1832, but was pressed into service as editor of a new publication called the Louisville Journal, which first appeared in 1830. The Journal and the Focus merged briefly. Kentuckian Walter Newman Haldeman, who learned the newspaper business under Prentice at the Journal, bought a failing four-page paper called the Daily Dime in 1844, and when it was less than successful, transformed it into the Louisville Morning Courier.

The Journal and the Courier were bitter rivals until Prentice’s successor, Henry Watterson, approached Haldeman, suggesting a partnership between the two papers, saying “You need an editor, I need a publisher.” In 1868, they merged. Though Watterson was a Confederate veteran, he was an admirer of Abraham Lincoln and a proponent of African-American suffrage, and over his half-century career as Courier-Journal editor, he brought it national renown.

Haldeman launched the Louisville Times as an afternoon counterpart to the morning Courier-Journal in 1884. After his death in 1902, a former mayor of Louisville, Robert Worth Bingham, bought a controlling interest in both papers, and the Bingham family ran them until the company was sold to Gannett Co., proprietor of USA Today among many other publications and broadcast entities, in 1986. Gannett folded the Times folded the following year. 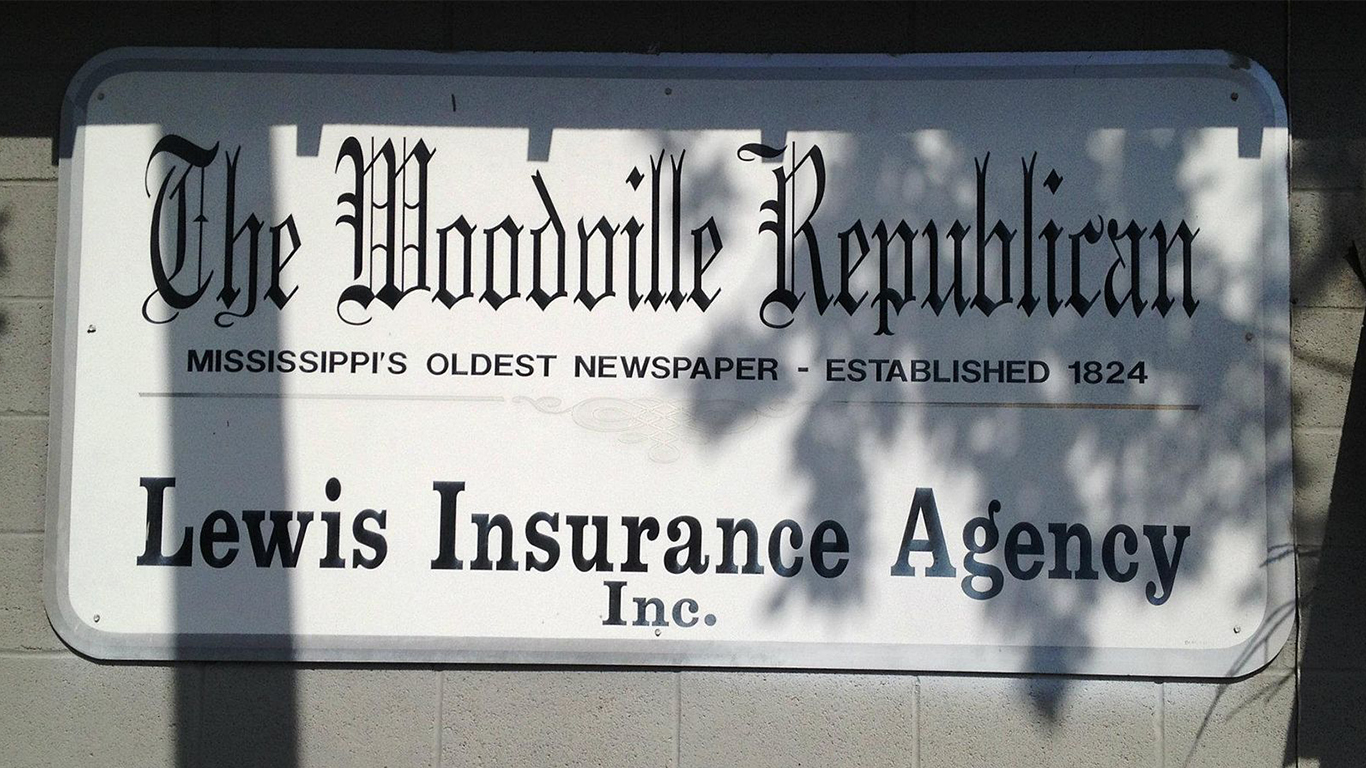 According to the historical marker in front of its old headquarters in Woodville, in the southwestern corner of Mississippi, the Republican is not only the oldest newspaper but also the oldest “business institution in continuous operation” in the state.

According to Mississippi historical resources, the paper was founded as a four-page weekly by William A. A. Chisholm, a transplanted Missourian, in 1823. On the basis of volume numbers, the paper itself claims 1824 as its birth year on its masthead. In any case, Chisholm ran it until 1842, and then, for the next 35 years or so, it had several owners and numerous editors.

Under both Chisholm and his successors, the paper changed names nine or ten times, reverting, around 1858, back to the Woodville Republican, where it has remained. In 1879, a Confederate veteran, Captain John South Lewis, purchased the Republican, and his descendents own it to this day. 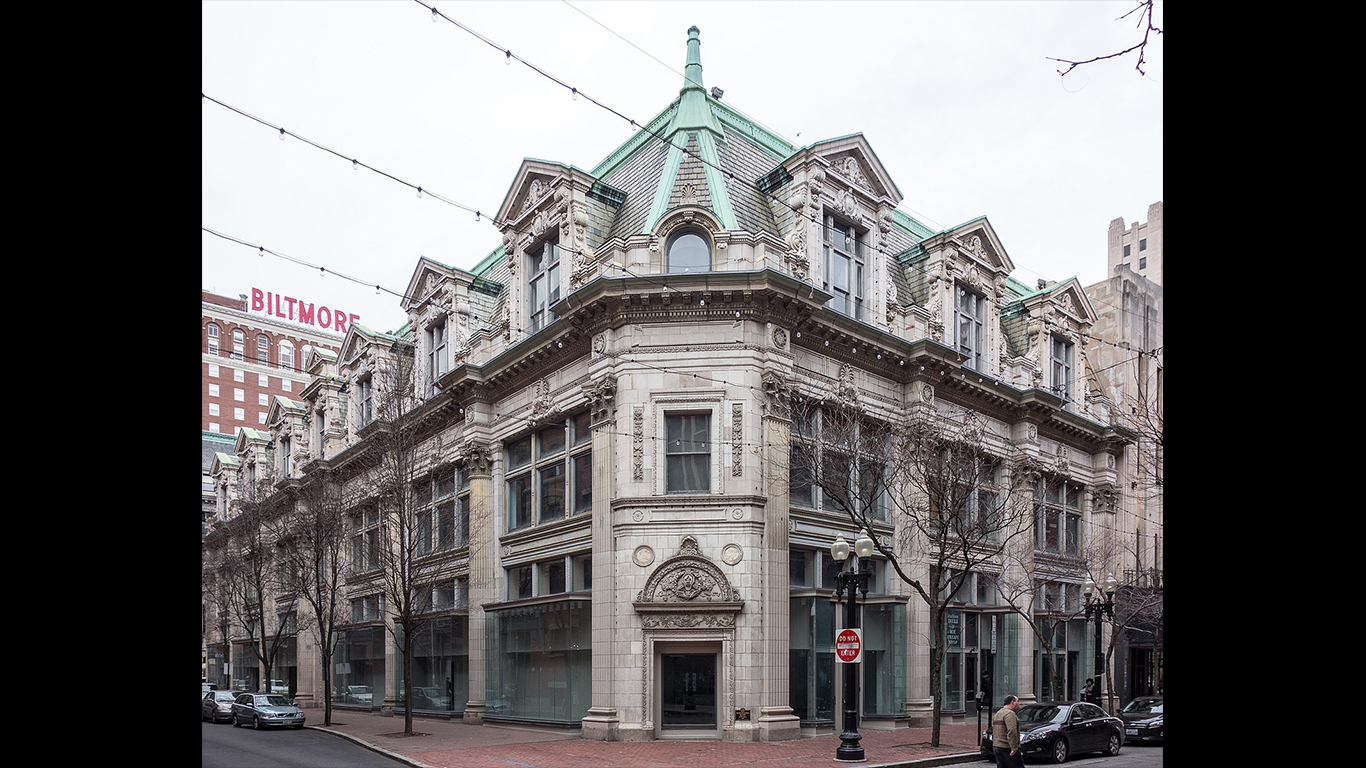 A newspaper called the Providence Journal first appeared in 1799, but it died a few years later. Today’s Journal dates its birth to 1820, when a group of Providence industrialists and other prominent citizens invested in and/or advised on the creation of the twice-weekly Manufacturers’ & Farmers’ Journal.

The name was significant: Rhode Island had thrived on agriculture and commerce, but new industrial interests were becoming increasingly prominent, and other local publications theorized that the rise of manufacturing would mean the demise of the state’s earlier sources of prosperity. The new paper was dedicated to the proposition that manufacturing and farming could exist side by side.

The Journal was initially published by out of a local institution called the Old Coffee House by an experienced printer, “Honest John” Miller, and his business partner, a bookbinder named John Hutchens. Miller bought out his partner in 1823, and in 1829 turned the publication into Rhode Island’s first daily newspaper, renaming it the Providence Daily Journal and General Advertiser. Miller sold the paper seven years later, and it had several changes of ownership over the next three decades, ending up in the hands of newspaperman George W. Danielson and the son of a textile mill owner, Henry B. Anthony — later to become governor of Rhode Island and a U.S. senator from the state.

Along with a sister paper, the Evening Bulletin, established in 1863, the Journal became part of the Providence Journal Company, established by the families of Danielson and Anthony after their deaths. The families retained their interest in the company until 1996, when it was sold to Dallas-based A. H. Belo Corporation, which owns the Dallas Morning News. In 2014, Belo sold the Journal Company to New Media Investment Group, Inc., parent company of GateHouse Media. 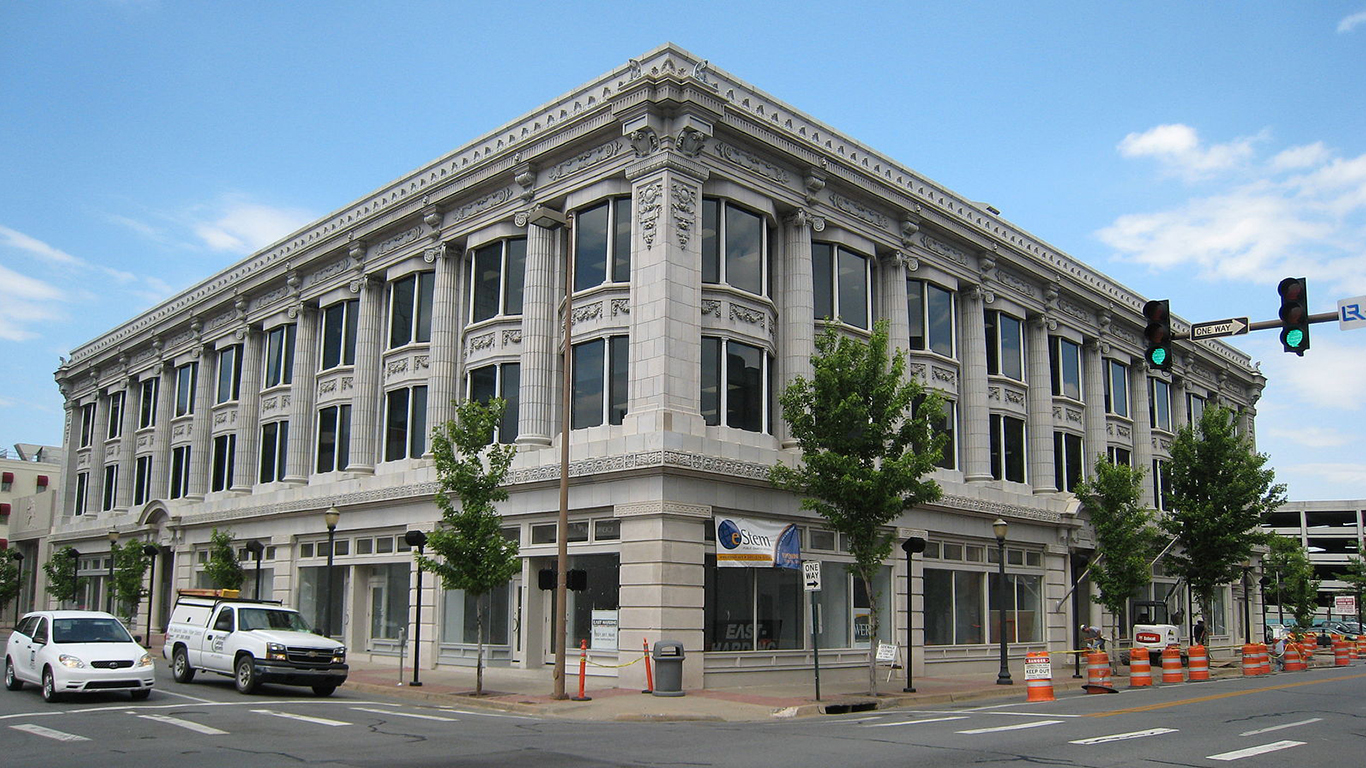 Arkansas Post was a trading post built by the French in 1686 at the confluence of the Arkansas and Mississippi rivers — the first European settlement in what was to become the Arkansas territory and then the state of Arkansas. The post subsequently moved up and down the Arkansas several times, and in 1819, a young transplanted New Yorker named William E. Woodruff, who had apprenticed with book and newspaper publishers in his native state, arrived there with a small printing press. He began publishing a weekly newspaper, the Arkansas Gazette, moving it to Little Rock when that became the territorial capital in 1821.

During the period of Reconstruction, following the Civil War, two Arkansas newspaper editors, John P. Jones and William J. Buchanan, began publishing a Little Rock weekly called the Liberal, whose motto was “The World Is Too Much Governed.” An Irishman named Dan O’Sullivan launched the Evening Star. In 1878, this in turn was bought by a former Confederate Officer, Colonel J. N. Smithee, who renamed it the Arkansas Democrat.

For more than a century, the Democrat and the Gazette were rivals, often bitter (at one point, Smithee was wounded in a shoot-out with one of the Gazette’s owners), and both papers changed hands more than once. Publishing giant Gannett (proprietors of USA Today and more than 125 other newspapers and websites nationwide) bought the Gazette in 1986, and five years later shut it down. The Democrat immediately bought the defunct paper’s assets and renamed itself the Democrat-Gazette. Today, the Democrat-Gazette is wholly owned by the Little Rock-based WEHCO Media, Inc., whose founder, Walter E. Hussman, originally bought the paper in 1974.