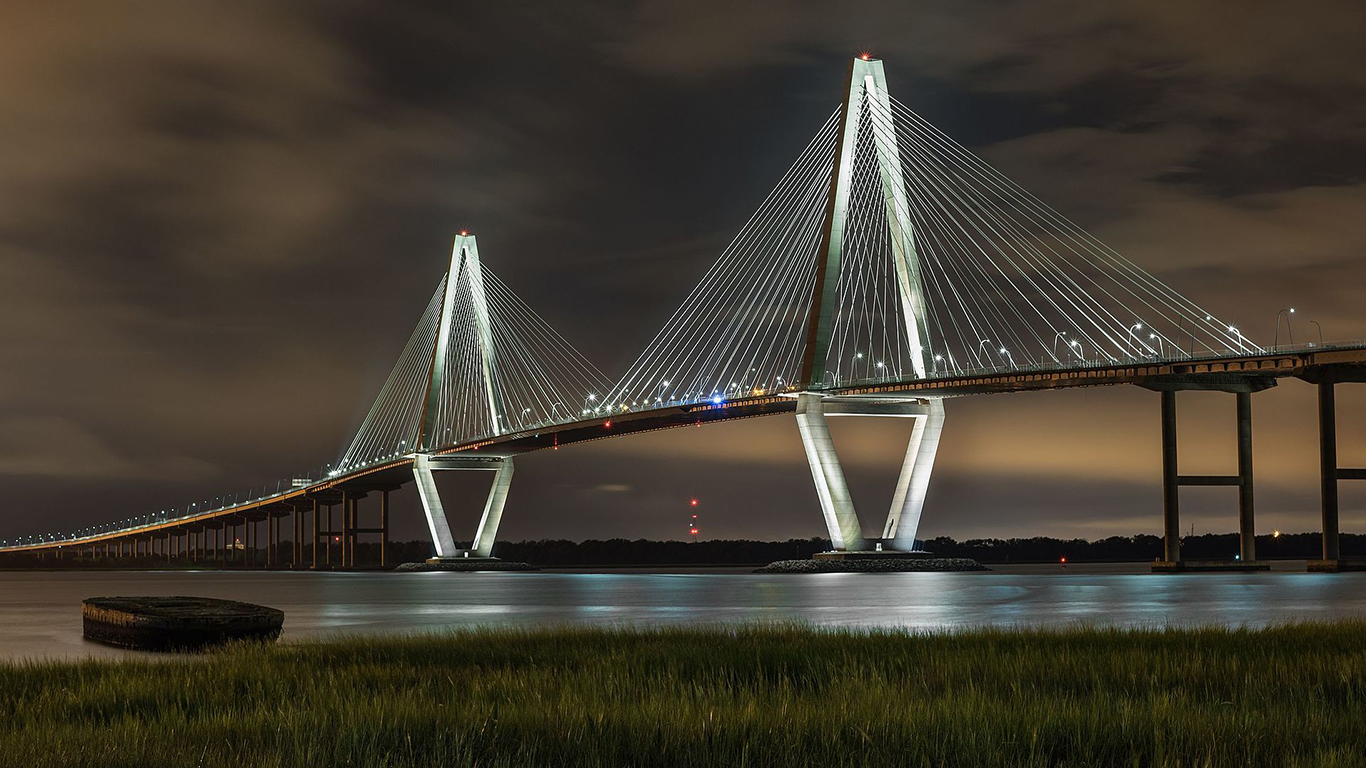 A young Massachusetts printer named Aaron Smith Willington moved to Charleston in 1802 to help Loring Andrews, who had become a prominent printer in Albany, New York, launch a newspaper in the South Carolina city. The first issue of the paper, called the Courier, carried the credit “By A. S. Willington for Loring Andrews.” Andrews left to return north in 1805, and the following year, Willington became an owner of the publication, renamed the Charleston Daily Courier in 1852. Willington remained with it, becoming senior editor and sole proprietor, until his death in 1862.

In the years leading up to the Civil War, the Courier opposed secession at first, and later advocated it but counseled moderation. Nonetheless, it was seized by the Union army towards the end of the war and briefly published as a “loyal Union newspaper” by two Union war correspondents. In late 1865, control of the Courier was given to back to the Willington company, with a former Confederate officer, Thomas Y. Simons, put in charge.

Also in 1865, a new local paper, the Charleston Daily News, was launched by two South Carolinians and a New Yorker. Two years later, they sold it to another partnership, which bought the Courier in 1873 and renamed their publication the News and Courier.

Still another Charleston newspaper, the Evening Post, was founded in 1894 by Hartwell M. Ayer. Wealthy rice planter Arthur Manigault assumed control in 1896, and in 1926, two years after his death, his family bought the News and Courier. The Manigaults continued to publish both papers, the News and Courier in the morning and the Evening Post in the afternoon. The staffs of the two were combined in the 1980s, and they formally merged in 1991 as the (morning) Post and Courier. Evening Post Enterprises, still under the leadership of the Manigault family, owns the paper as well as numerous other publications, TV stations, a forestry operation, and health care facilities. 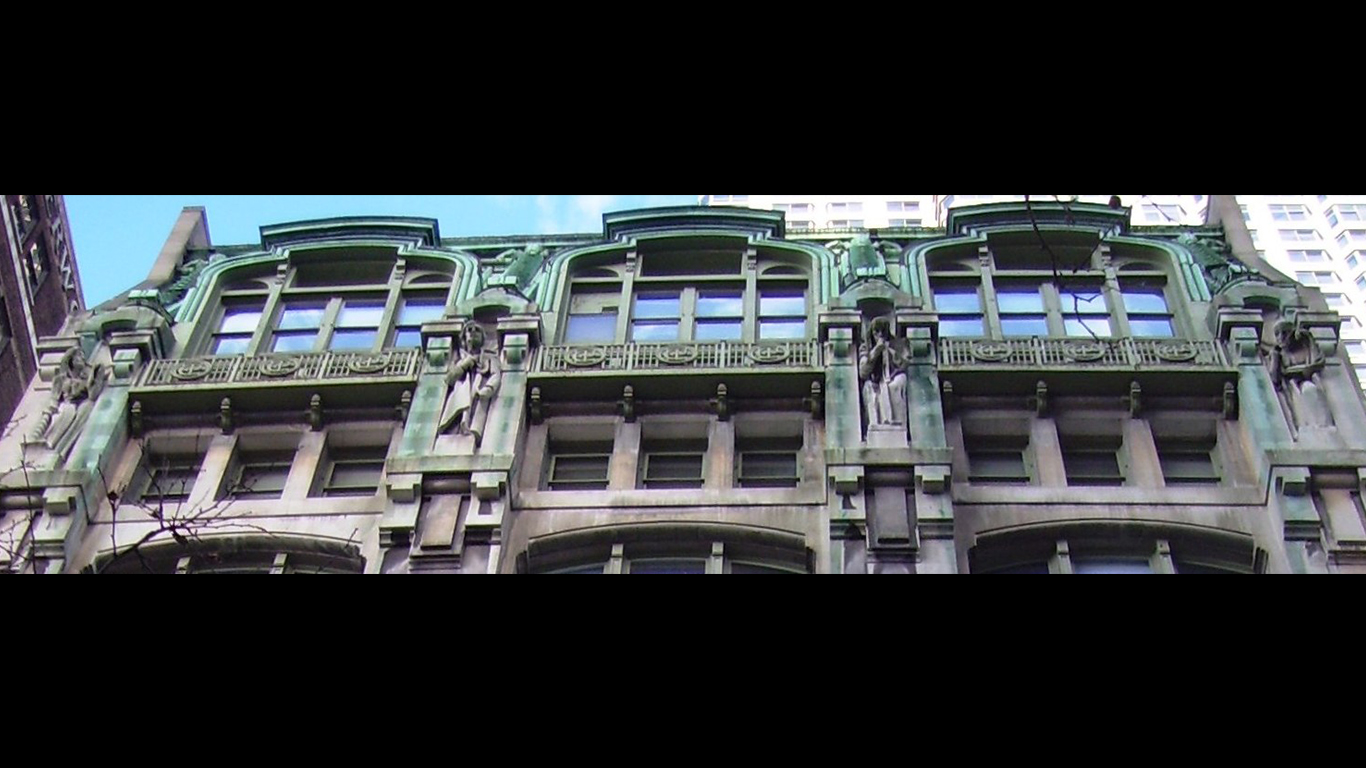 Source: Beyond My Ken / Wikimedia Commons

New York’s favorite tabloid newspaper, famed for such sensationalist headlines as “Khadafy Killed by Yankee Fan,” “My Doctor Has Ebola,” and the immortal “Headless Body in Topless Bar” and its gossipy Page Six section, was created by Founding Father and one-time Secretary of the Treasury (and latter-day Broadway musical star) Alexander Hamilton.

Hamilton thought there should be a publication that espoused his Federalist views. William Coleman, an attorney from Greenfield, Massachusetts, who had earlier financed that town’s first newspaper, the Impartial Intelligencer (an ancestor of the Recorder; see No. 10), knew Hamilton. Having newspaper experience, he offered to help him and his colleagues establish a new publication. A meeting was held, probably at the home of a wealthy merchant named Archibald Gracie (the house, now called Gracie Mansion, has become the official residence of the mayor of New York City). The first issue of what they called the Evening Post, which appeared in November of 1801, was written by Coleman, probably with Hamilton’s help.

Coleman — who, coincidentally, had once briefly been a law partner of Aaron Burr, later to kill Hamilton in a famous duel — remained editor of the paper until his death in 1829. He was succeeded by Massachusetts poet William Cullen Bryant, who held the post for 50 years. The next illustrious figure to hold the post was journalist-turned-railroad-tycoon Henry Villard, who bought the Post in 1881.

The paper, which became known simply as the New York Post, had several owners between 1917 and 1939, when it became the property of a wealthy, socially prominent New Yorker, Dorothy Schiff. A friend of Franklin Roosevelt, Nelson Rockefeller, and John F. Kennedy, among many others, Schiff struggled to keep the Post alive and thriving, sometimes successfully. By the mid-1970s, however, the paper was losing money, and in 1976, Schiff sold it to controversial Australian-born media mogul Rupert Murdoch, whose company still owns it. 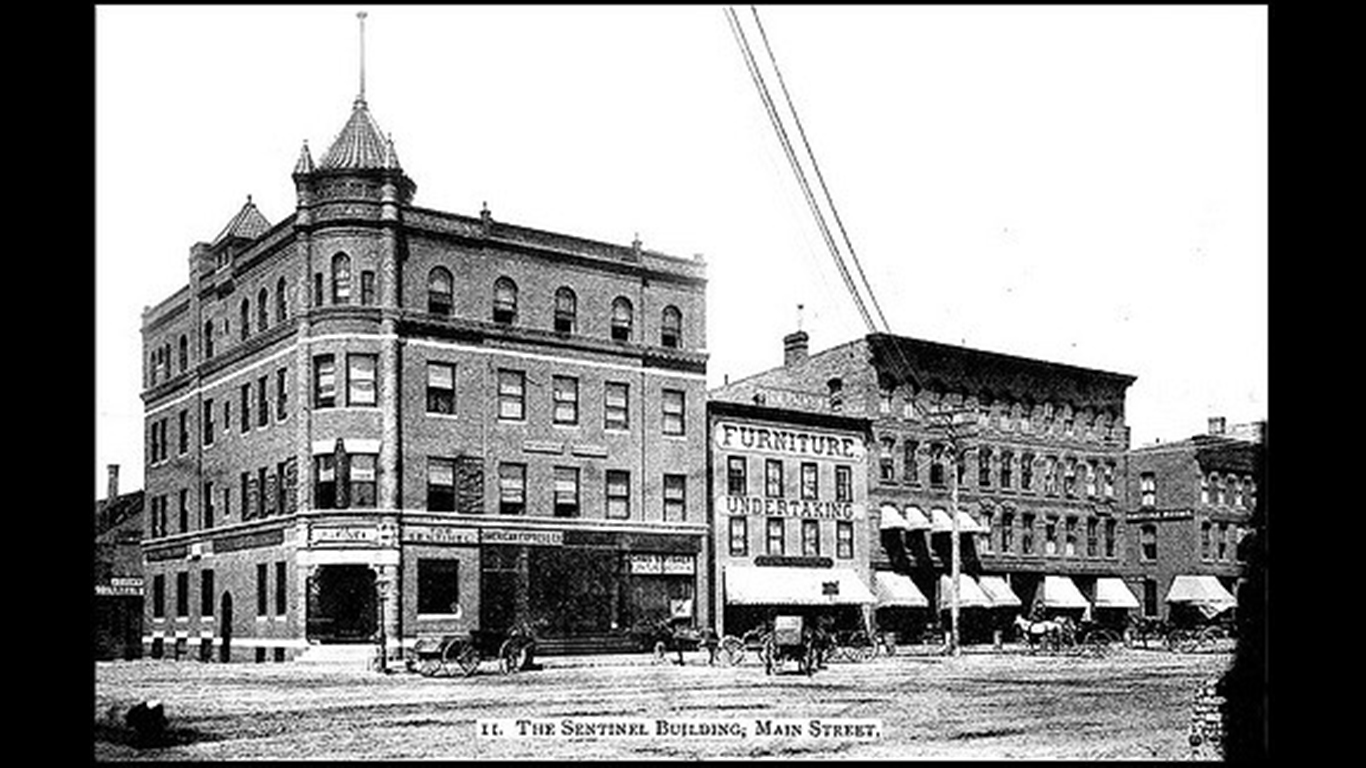 There had already been four weekly newspapers published in Keene, in southwestern New Hampshire, when a printer from Massachusetts, John Prentiss, set type for the first issue of his first newspaper, which he called the New Hampshire Sentinel. Prentiss’s brother and son both worked for him, and when the senior Prentiss retired in 1847, his son took on a partner, Albert Godfrey.

Several ownership changes took place over the following three decades — at one point, the celebrated author and educator George Ticknor was an owner — and in 1880, founder John Prentiss’s grandson, William H. Prentiss, became part owner and city editor. He and then his descendants owned the paper until 1954, when it was sold to James D. Ewing, one-time proprietor of the Bangor Evening Commercial in Maine, and Baltimore Sun editorial writer Walter Paine.

In 1957, the paper merged with the afternoon paper the Prentisses had launched in 1930, the Keene Evening Sentinel, and the Keene Sentinel was born. A rarity among American newspapers today, the Sentinel remains in local hands: James Ewing’s nephew Thomas, whose family runs newspapers in upstate New York, bought it in 1993 and is still the owner and publisher. 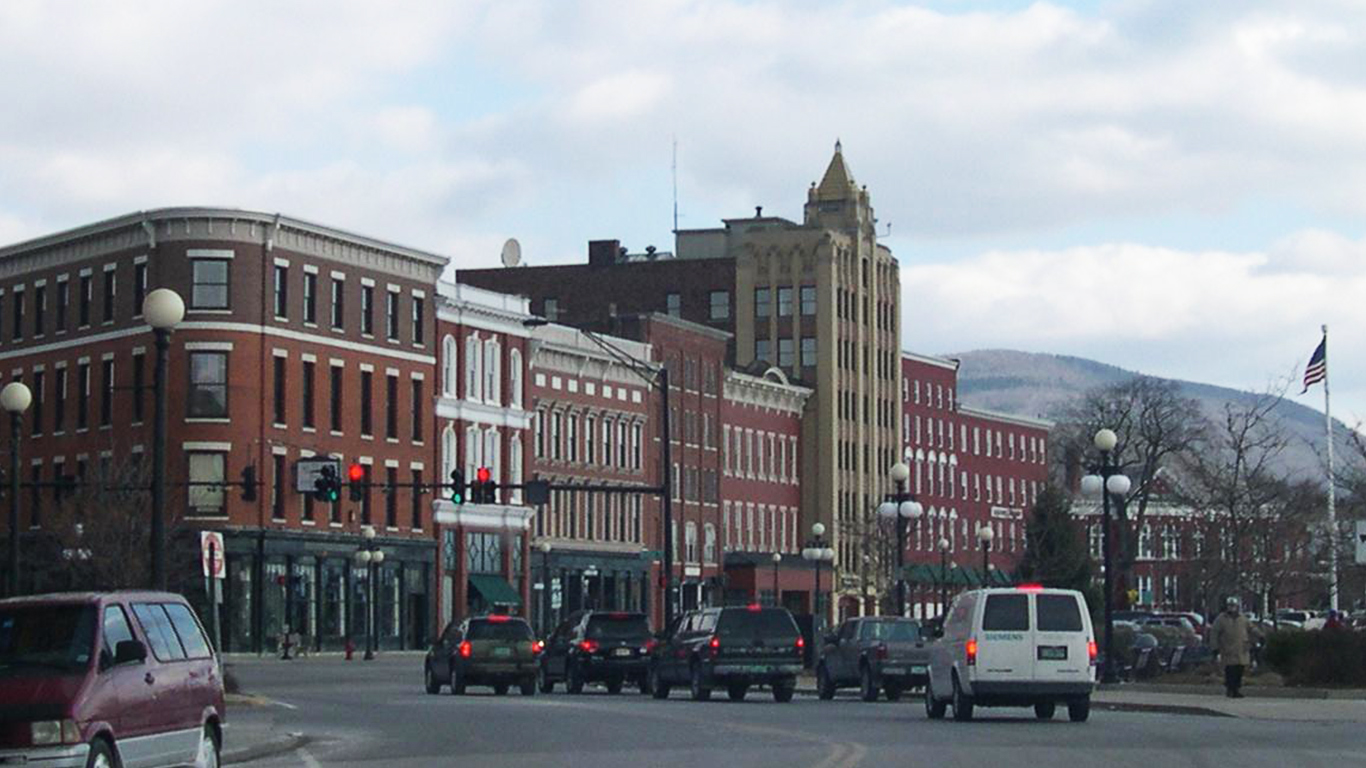 The Rutland Herald was founded by two men with the same name: the Reverend Samuel Williams and his friend and distant cousin, attorney and judge Samuel Williams. The Reverend graduated from Harvard University and became a professor there, but in 1788 was accused of misusing university funds and fled to Vermont. (Vermont declared itself an independent republic in 1771 — 20 years before it was to become a state — and would not extradite fugitives.)

The other Williams was later named Vermont’s official state printer for the area west of Green Mountains, and in 1794 he collaborated with the reverend in launching the Herald. The partnership dissolved in 1797, when the judge retired to run for Congress, and a Massachusetts printer, William Fay, became the reverend’s new partner. Williams left the paper in 1805, but Fay remained, with various partners, until 1840, filling the Herald’s pages with biblical parables and homilies.

The paper became the Rutland Daily Herald in 1861, and it had various owners throughout the rest of the 19th century and the early years of the 20th. In 1927, it was taken over by Rutland native William H. Field, who had earlier founded the paper which became the New York Daily News. In 1947, it was sold to a well-known Vermont reporter, Robert W. Mitchell. Mitchell’s son continued to publish the Herald until 2016, when it was bought by Maine media mogul Reade Brower and New Hampshire businessman Charles “Chip” Harris. Earlier this year, it was sold yet again, to Sample News Group, which owns 75 publications in six states.

Frequent ownership changes notwithstanding, The Rutland Herald remains the oldest continuously published local newspaper in the United States under the same name in the same city. 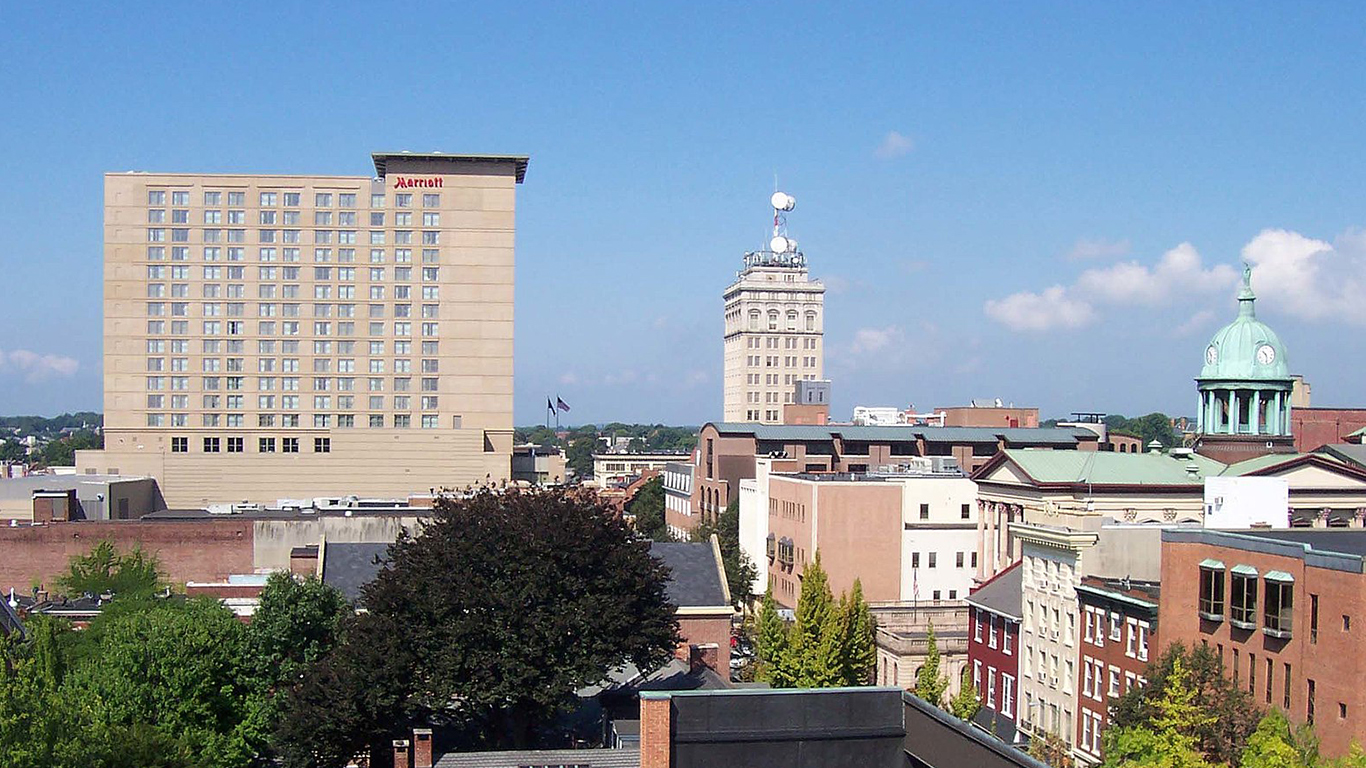 A Philadelphia printer named William Hamilton, in partnership with Henry Willcocks, a newspaperman from nearby York, Pennsylvania, launched the Lancaster Journal in 1794 with the motto “Not too RASH — yet not FEARFUL — Open to all PARTIES but not influenced by ANY.” Willcocks left after a couple of years, but Hamilton, who later served as a state senator and published the first German-English dictionary in America, edited the paper until 1820.

A competitor, the Lancaster Intelligencer & Weekly Advertiser, had been founded in 1799, and it merged with the Journal in 1839, creating the Lancaster Intelligencer & Journal. In the mid-1800s, a number of other newspapers were started up in Lancaster, one of which, the Weekly Express, was edited by J. M. W. Geist, who had begun his journalistic career editing and publishing a temperance journal. In 1877, he and an attorney and politician named John B. Warfel established the Lancaster New Era.

The owner of the Intelligencer bought the Lancaster Journal in 1839. In 1865, when the paper encountered financial difficulties, Andrew Jackson Steinman, whose father owned the city’s leading hardware store, became an investor, taking it over completely a year later with a partner.