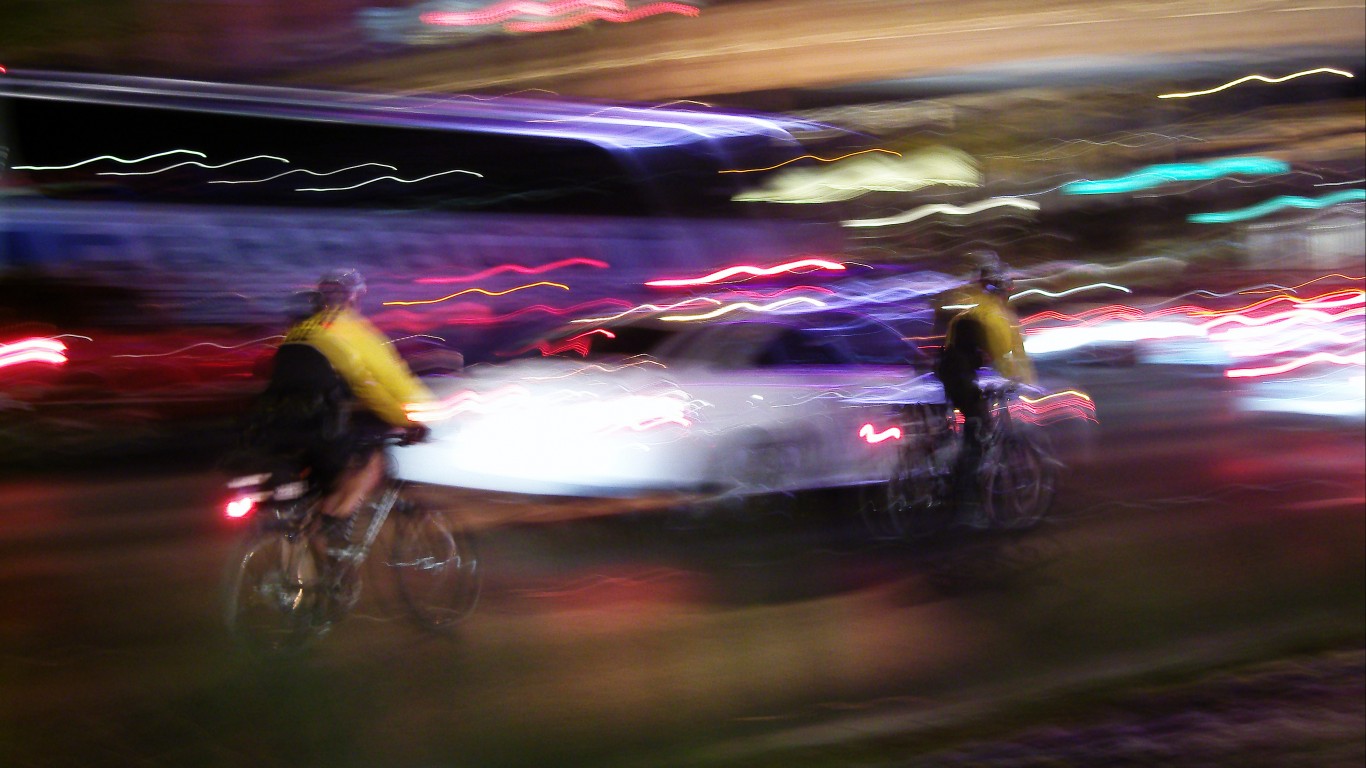 Though the Las Vegas valley has almost 500 miles of bike lanes and another 370 miles of paved bike trails, the city’s main streets were designed for automobile traffic. Bicycle commuting rates in Las Vegas fell over 75% from 2009 to 2017. The Strip, where many distracted tourists drive, is not conducive to biking and is the scene of many pedestrian fatalities. Bikers in Vegas would be smart to stick to the trails. 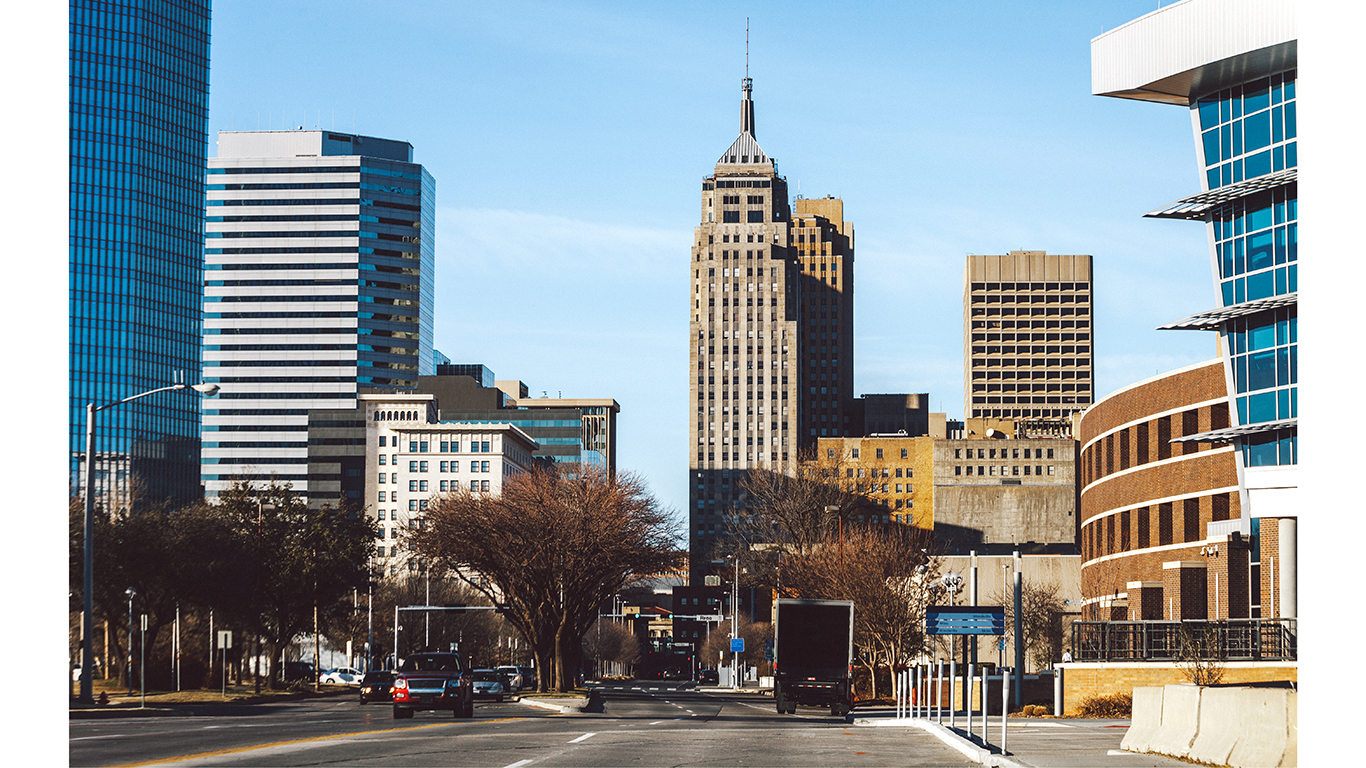 In a city where only 0.2% of the commuting population cycles to work, a lack of bicycle awareness on the part of drivers may be a strong factor in crashes and fatalities. Studies have shown that the more bicyclists there are in an area, the less likely they are to be involved in an accident. This is due in part to increased vigilance on the part of drivers, who tend to drive more safely when they see more cyclists and pedestrians. Oklahoma City has made moves to increase awareness to street cyclists by installing road signs stating “Bicycles may use full lane.”

ALSO READ: Worst Cities to Drive in Every State 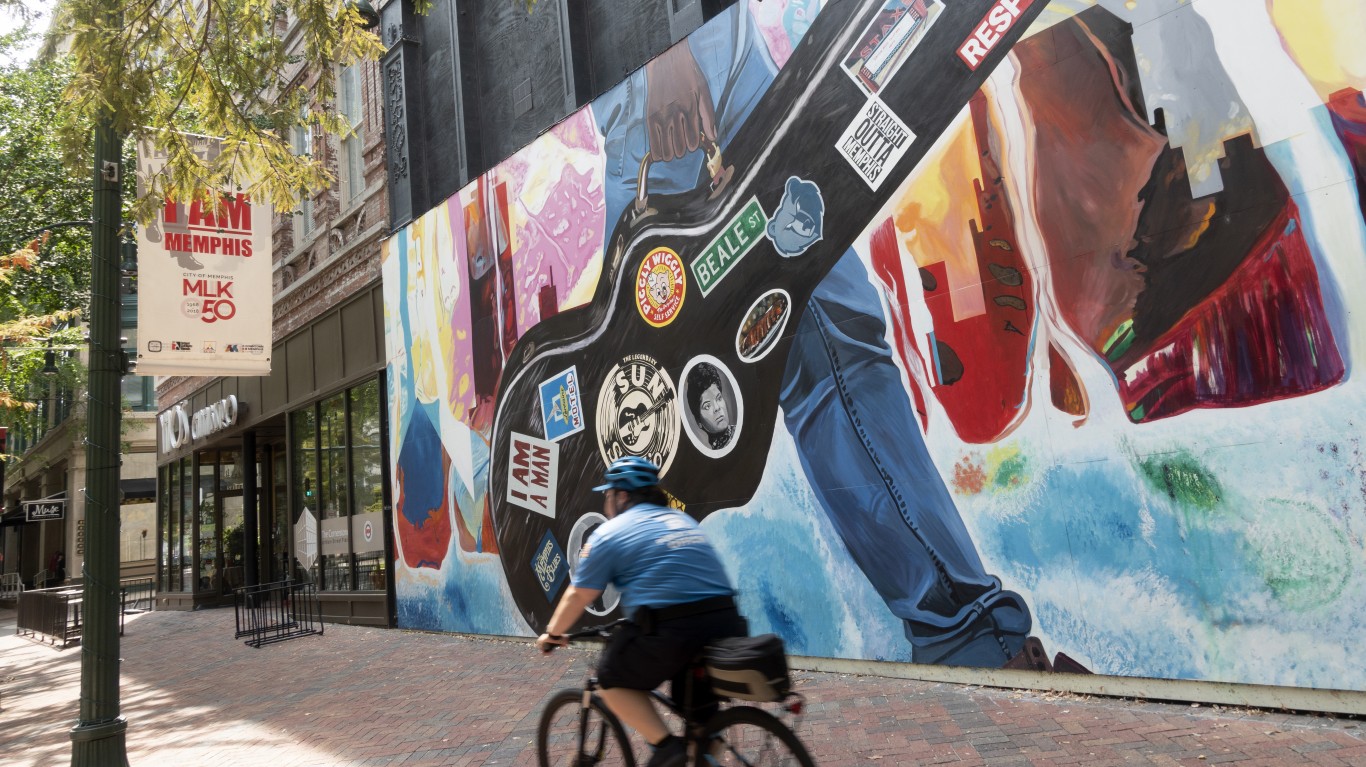 Over the last two decades, Memphis has added significant cycling infrastructure to its streets, including a 10-mile bike path called the Green Line, a bike share program, and over 200 miles of bike lanes. Because the streets that still lack bike-friendly infrastructure are the site of 93% of bike crashes, Memphis encourages residents to stick to the trails and designated bike paths when biking. 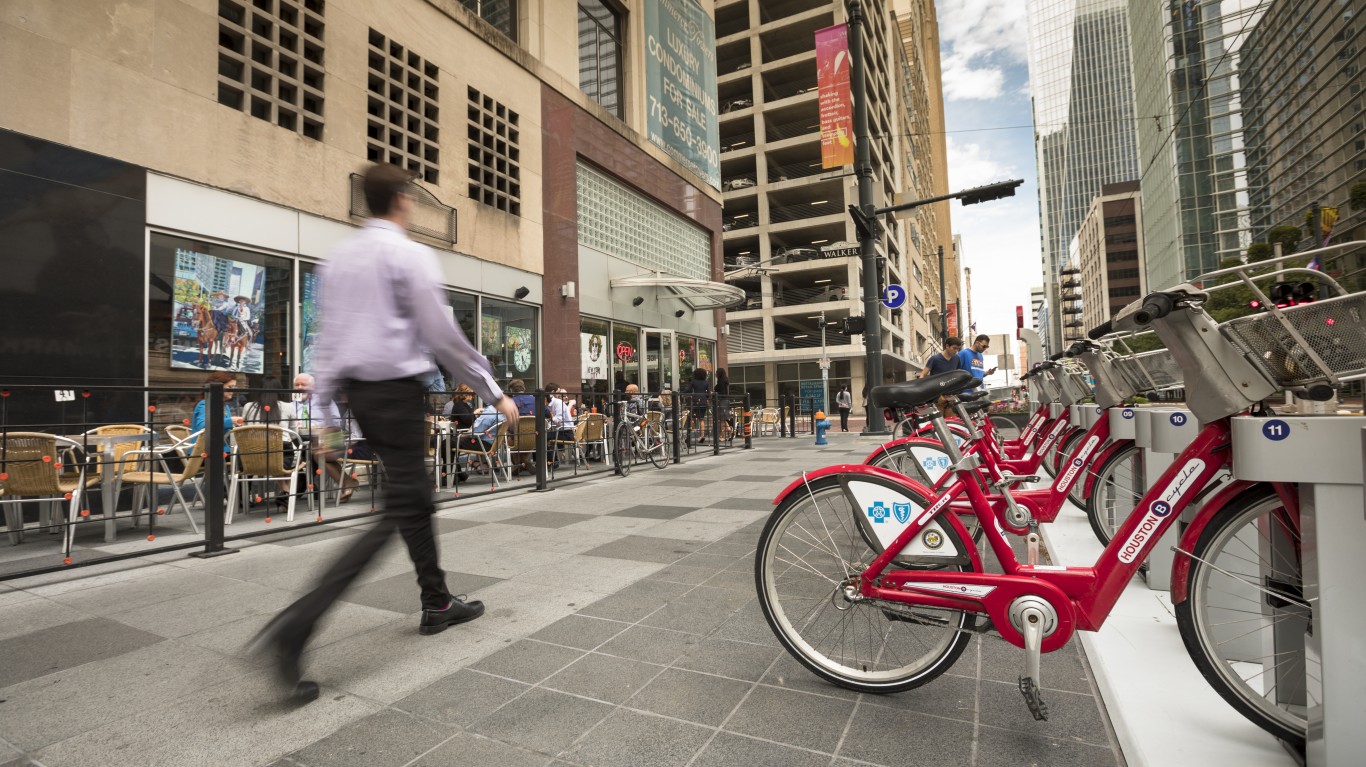 There was a sharp increase in bicycle fatalities in Houston, from seven in 2016 to 21 in 2017. Local bicycle advocacy groups have staged protests and called for more convictions for drivers who hit or kill pedestrians or bicyclists. Since 2010, only a quarter of suspects in pedestrian or bicycle death cases have been charged, and when they have, it’s often been for a lesser offense, like leaving the scene of a crime. 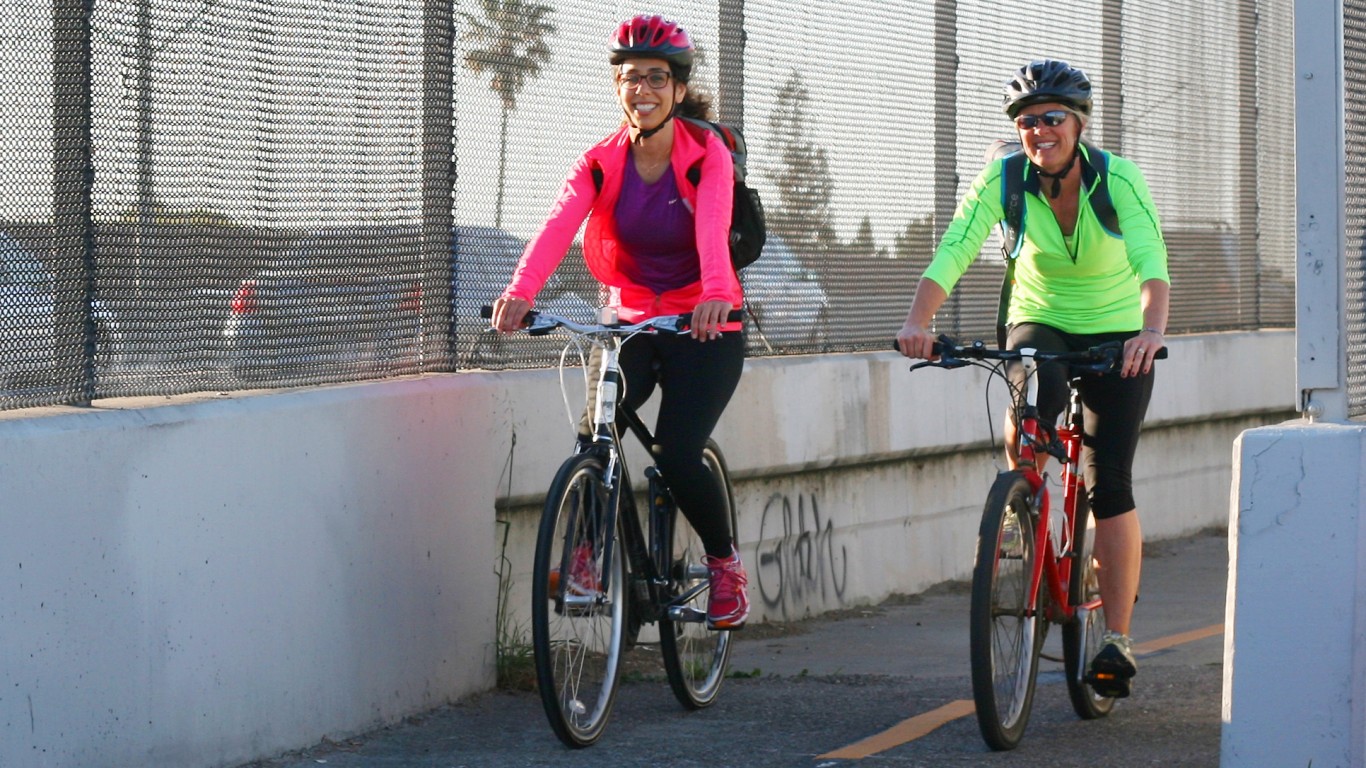 As part of the city’s Better Bikeways initiative, San Jose has been adding protected bike lanes to many streets as they are repaved, as well as installing traffic diverters. Though San Jose averages about 600 pedestrian and bicycle injuries a year due to automobile collisions, that number dropped to 450 in 2017, and hopefully will continue to decline as the roads become safer.