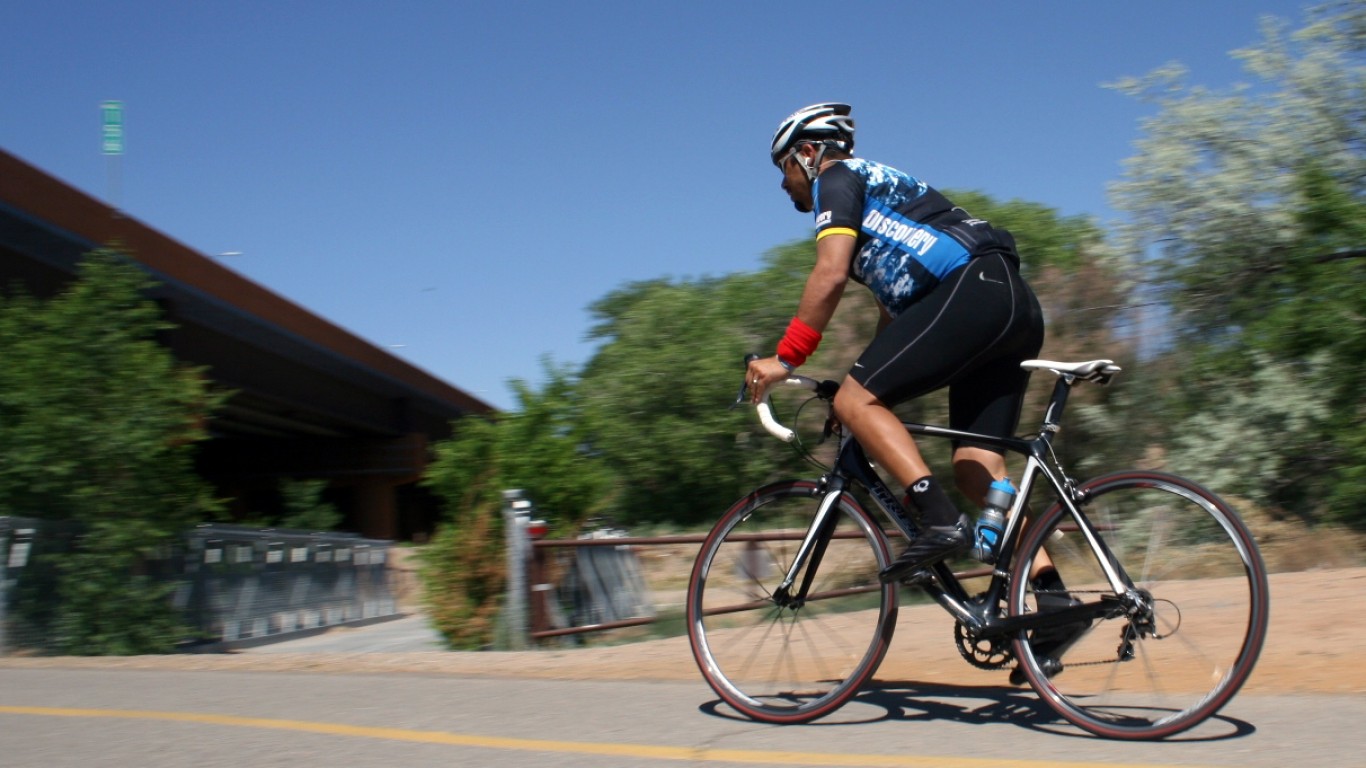 Albuquerque prides itself on being a safe place for bicyclists. With over 400 miles of bike paths and extensive trail systems, cyclists can easily get around the city. There’s even a paved trail that runs for 16 miles along the Rio Grande, where cyclists can get from the north to south ends of the city without crossing any roads. 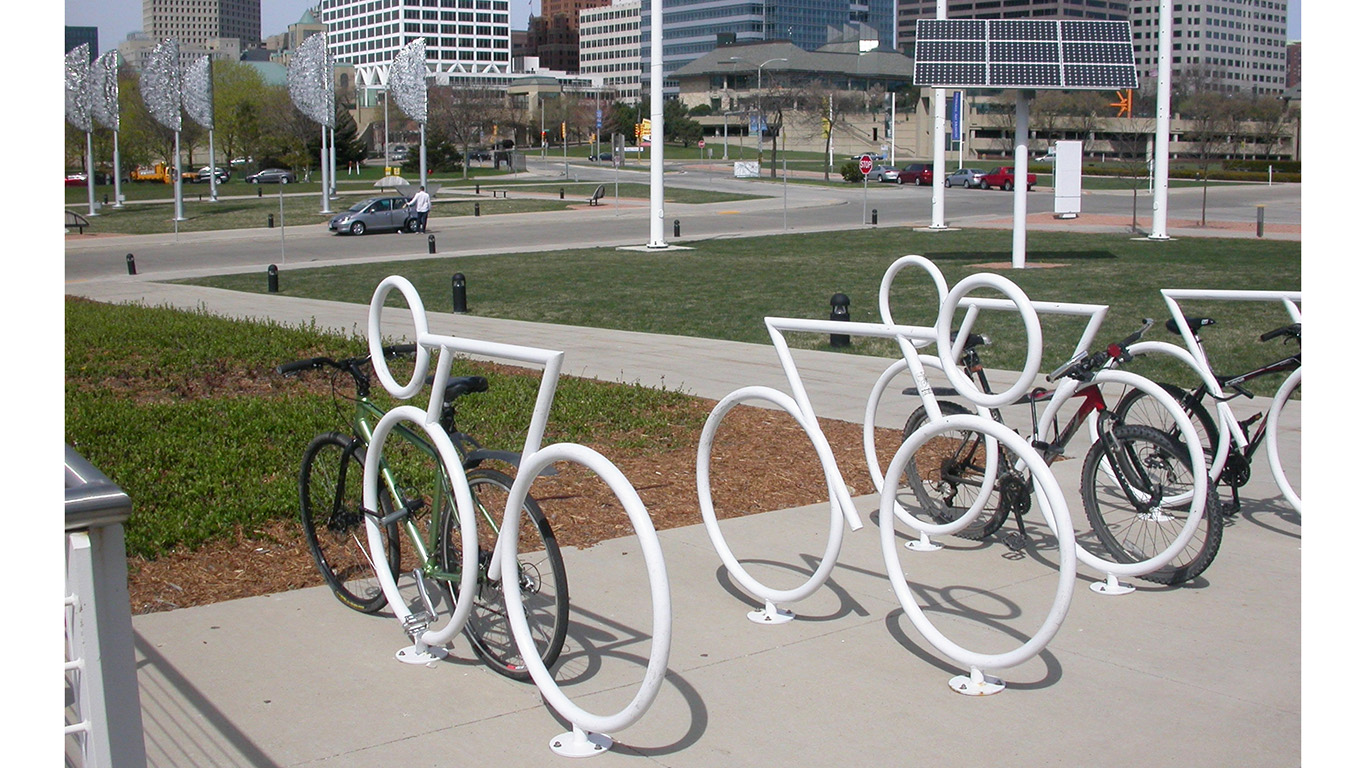 In 2010, Milwaukee began implementing a plan to increase the number of cyclists and cycle commuters in the city. Since then, the city has installed over 120 miles of bike lanes, including some of its first protected bike lanes, and extensive bike trails including a 100-mile loop encircling Milwaukee County, as well as road signs alerting drivers to high bike traffic areas.

ALSO READ: Cities With the Most Expensive Transportation 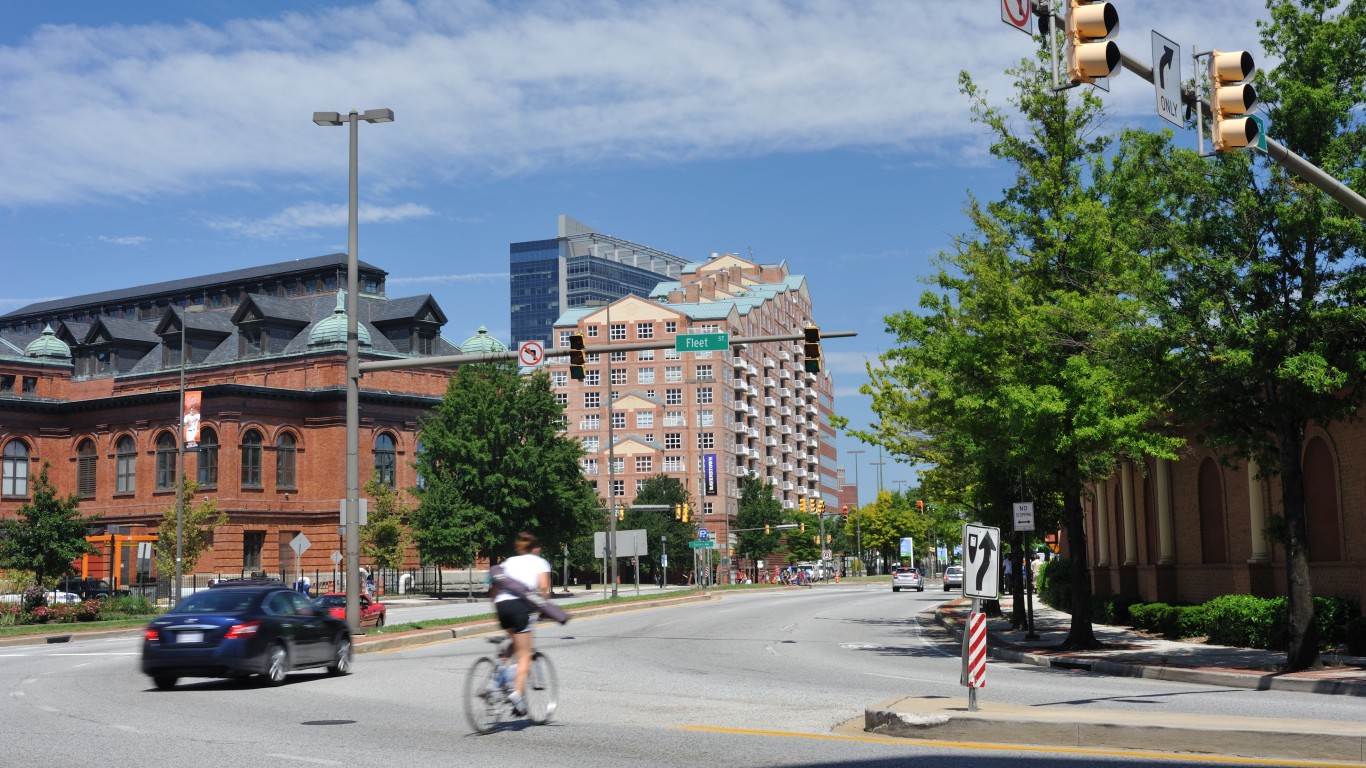 Baltimore, Maryland, boasts a bicycle network that connects outlying neighborhoods to the city’s downtown with protected two-way bike lanes. Though the city has consistently delayed implementing further work that would connect existing bike lanes to one another, creating a full network as outlined in its 2015 Bike Master Plan, Baltimore’s existing infrastructure is enough to keep cyclists relatively safe. 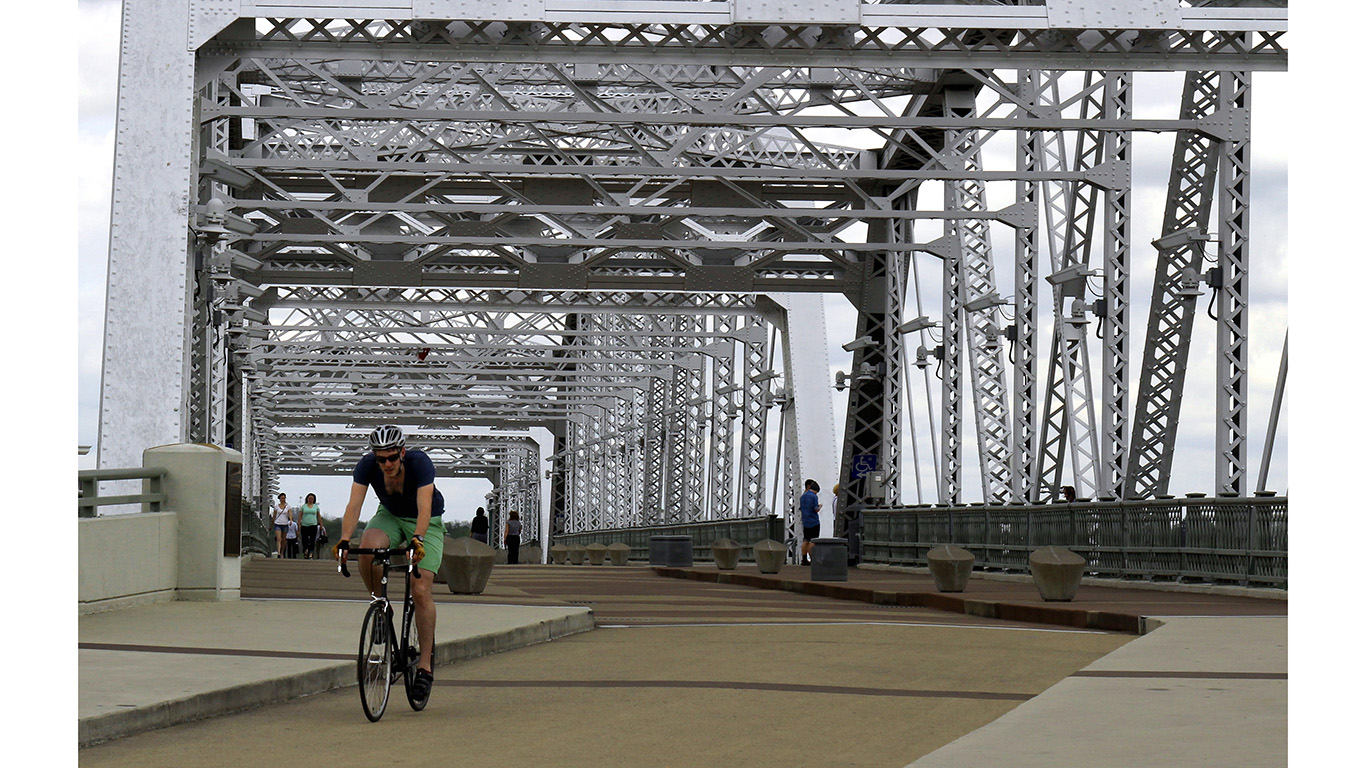 In the past 10 years, Nashville has installed nearly 140 miles of bike paths and lanes. The Music City Bikeway connects downtown Nashville with various residential neighborhoods, and a bike route called The Groove loops through the city, allowing bikers access to many parks, schools, and business districts. Not having to traverse miles of roads without bike lanes is a definite win for Nashville’s cyclists. 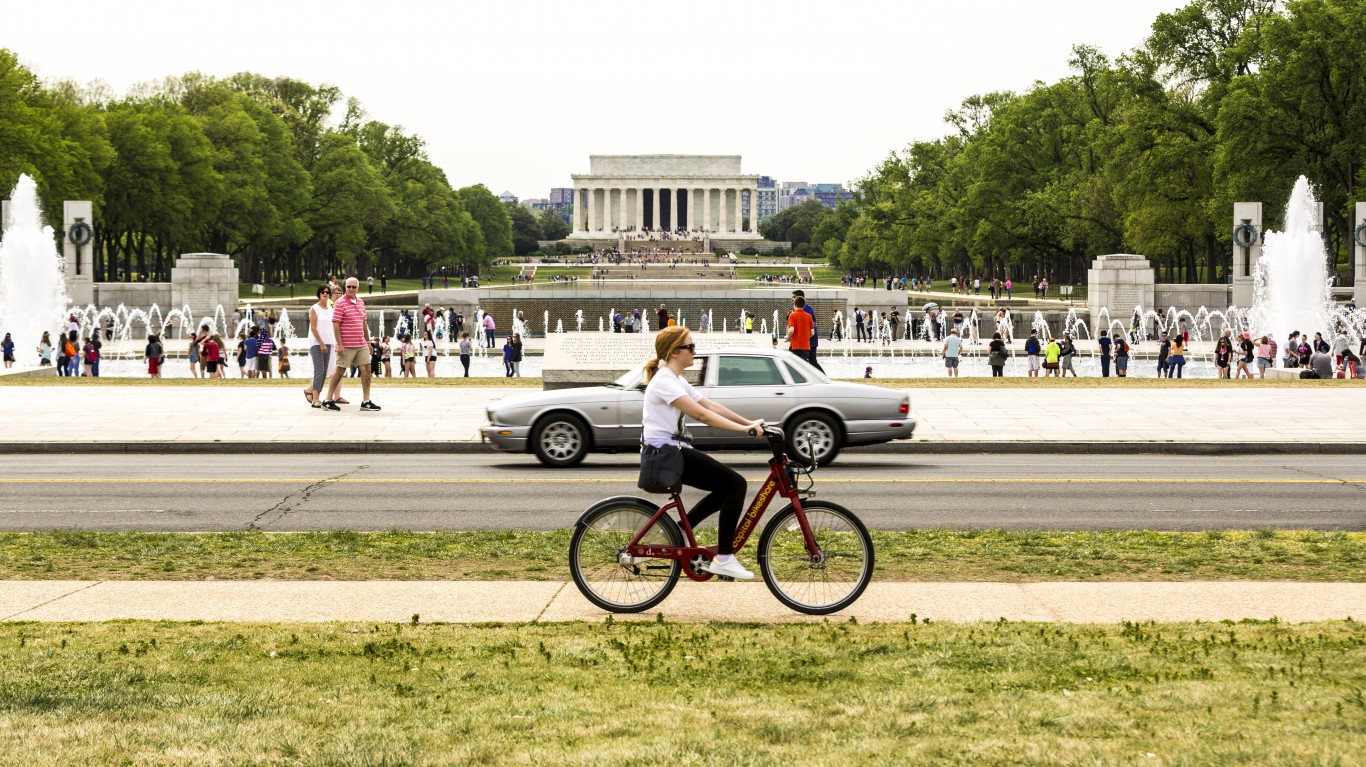 Washington D.C. is home to the fastest growing cycle commuting population in the country, with 5% of its commuters — over 18,000 people — choosing to bike in 2016. Driers in communities with more cyclists tend to be more aware and these communities tend to have less fatalities. In addition to the high share of cyclists, over 35% of D.C.’s working population commutes by public transit, which tends to make the streets safer for everyone.