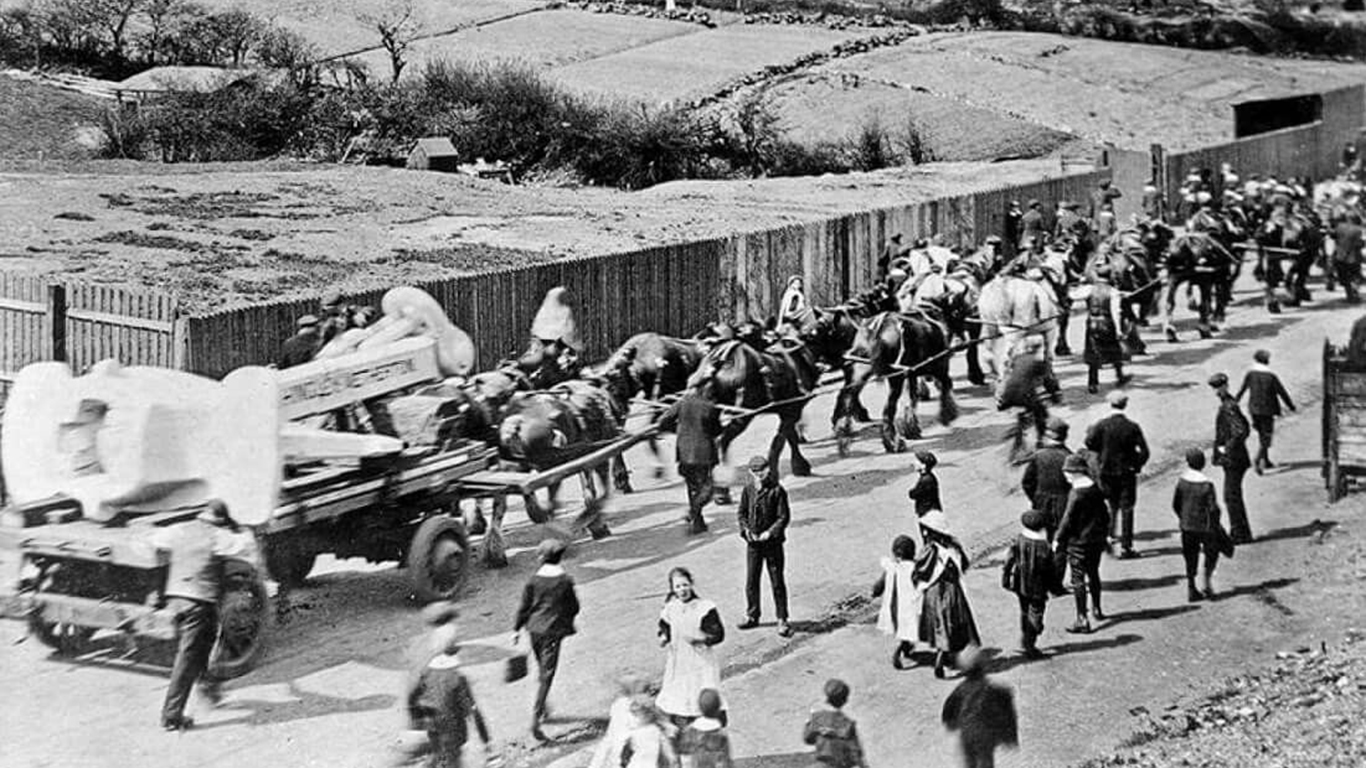 16. 20 horses were needed to transport the main anchor

The ship’s main anchor weighed 16 tons, or more than 30,000 pounds. Twenty horses were required to transport the anchor two miles from the casting site in the town of Netherton to the train station in Dudley in 1911. 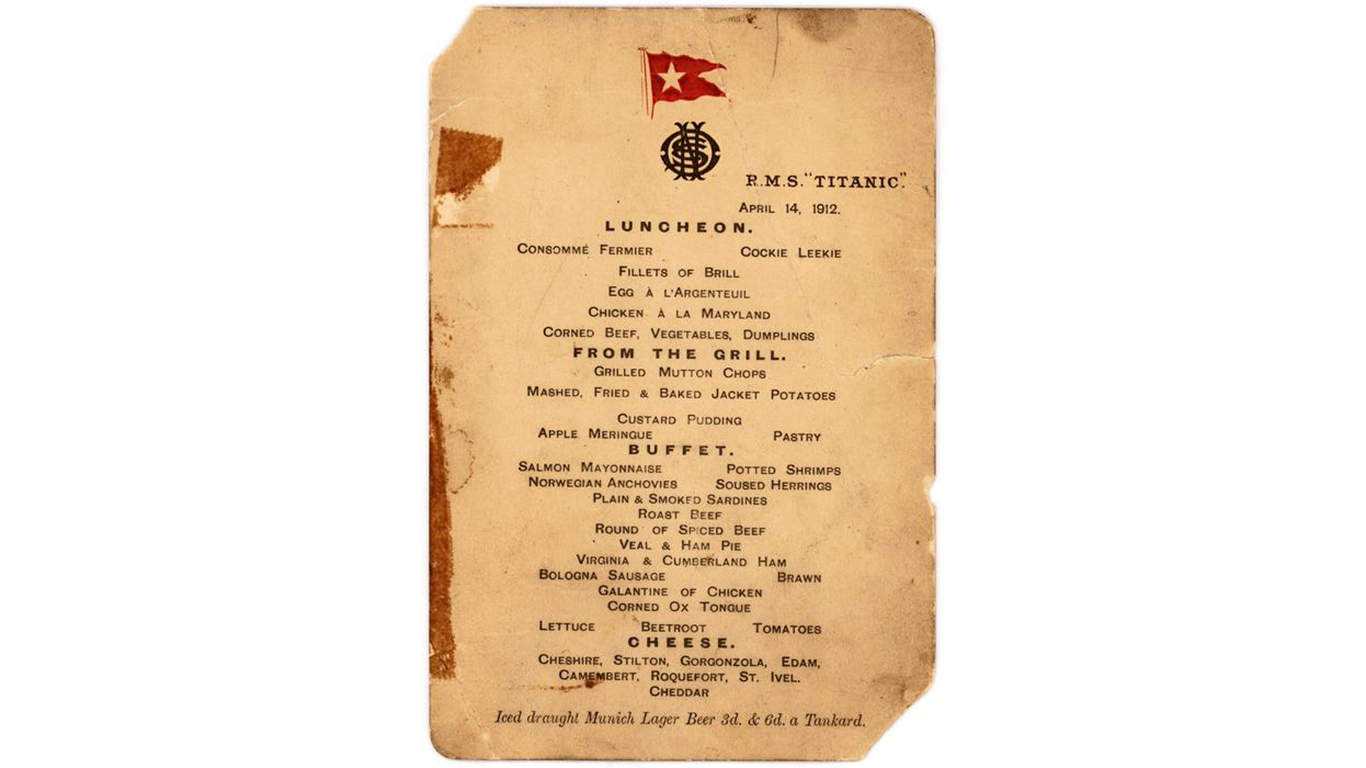 17. The Titanic’s last lunch menu sold for tens of thousands of dollars 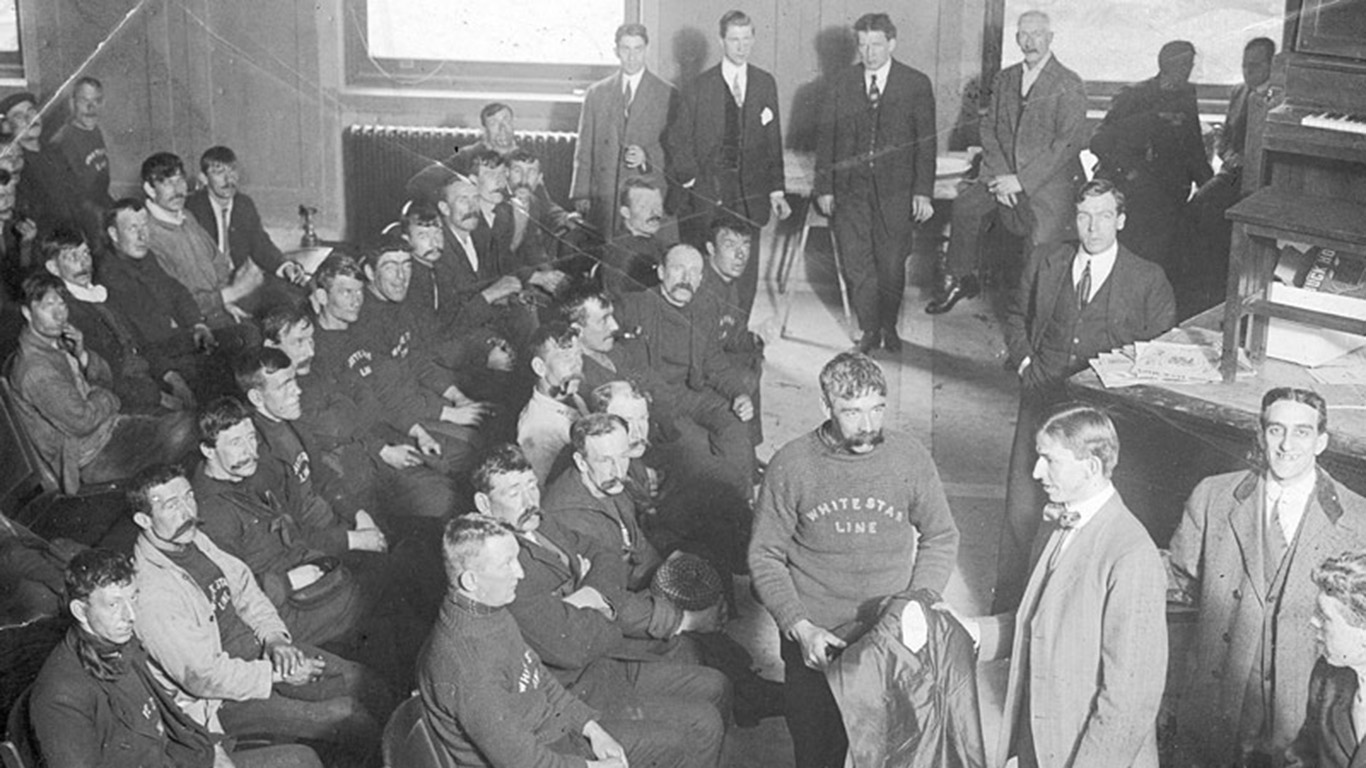 19. Less than a third of all people aboard the ship survived

Only 705 of the 2,223 passengers and crew members made it back home. Some 61% of the passengers who survived were first-class guests. Less than 25% of third-class passengers survived. 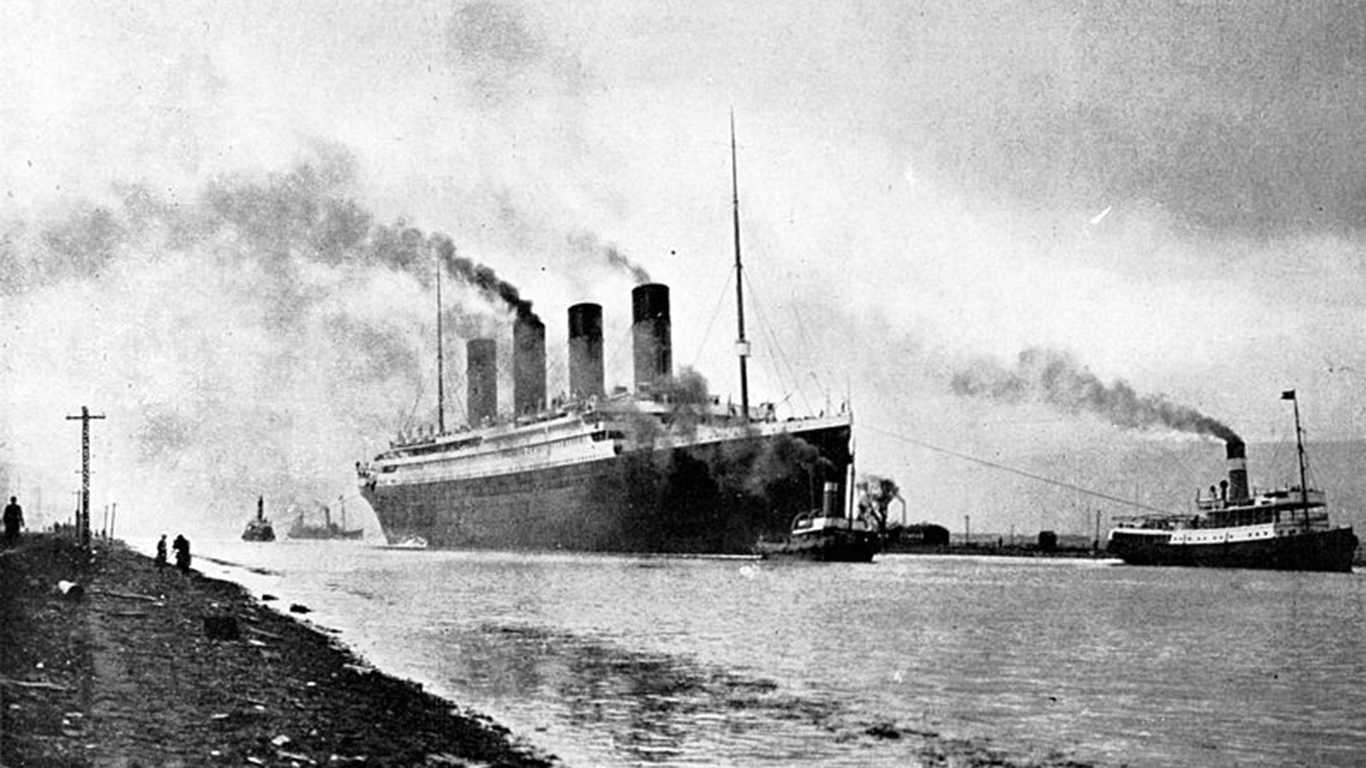 20. The temperature of the sea water was below freezing when the ship sank

According to measurements taken by Captain Stanley Lord of the SS Californian — a ship that was near the Titanic when it sank — water temperatures were as cold as 28 degrees Fahrenheit. The human body can survive up to 45 minutes in freezing water, according to the Life Jacket Association.