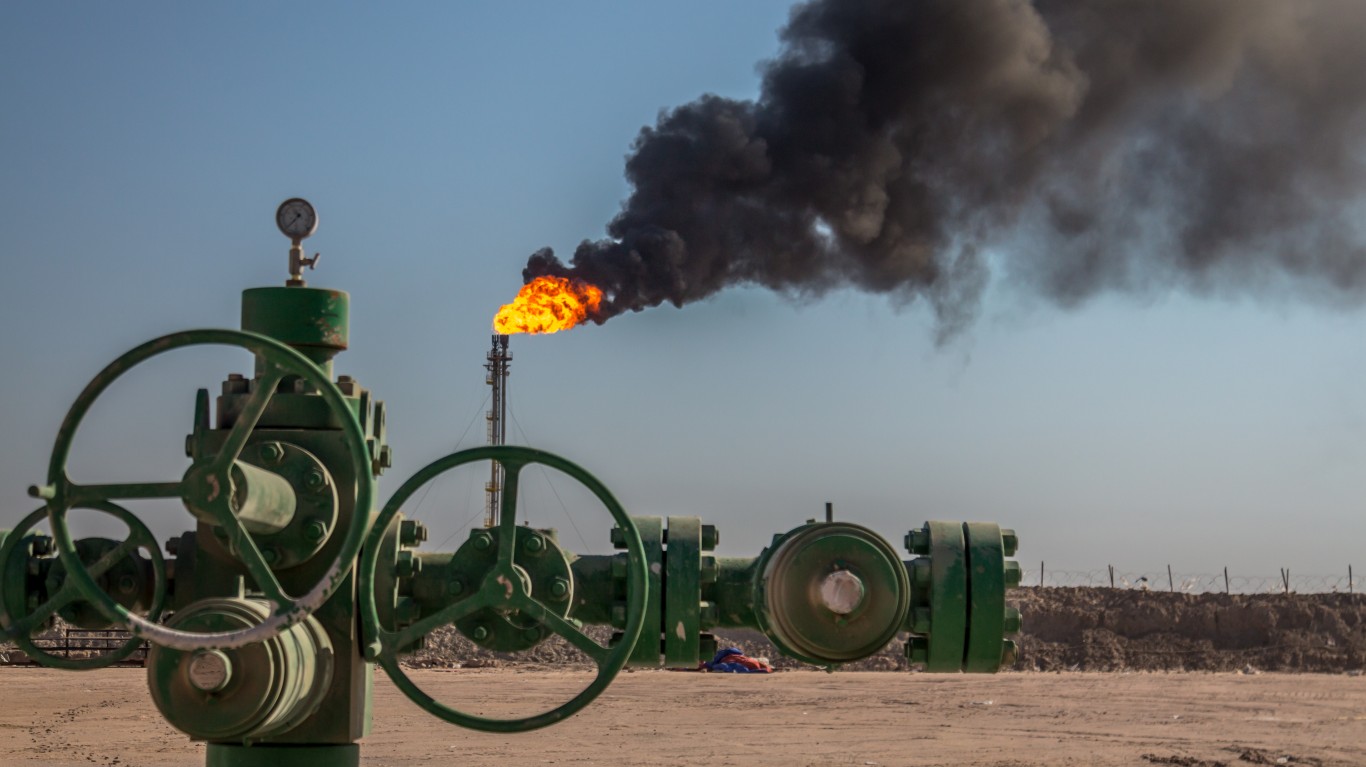 Iraq is sitting on the equivalent of 148.8 billion barrels of proven oil reserves, or nearly 9% of the known global oil supply. Iraq is heavily dependent on oil revenue, more so than most of its OPEC partners. Crude petroleum accounted for 95% of Iraq’s $60.8 billion in exports in 2017.

Iraq has been ramping up production in recent years. In the last half decade, average daily oil production in the country climbed from 3.1 million barrels to 4.5 million, a 46.8% jump. 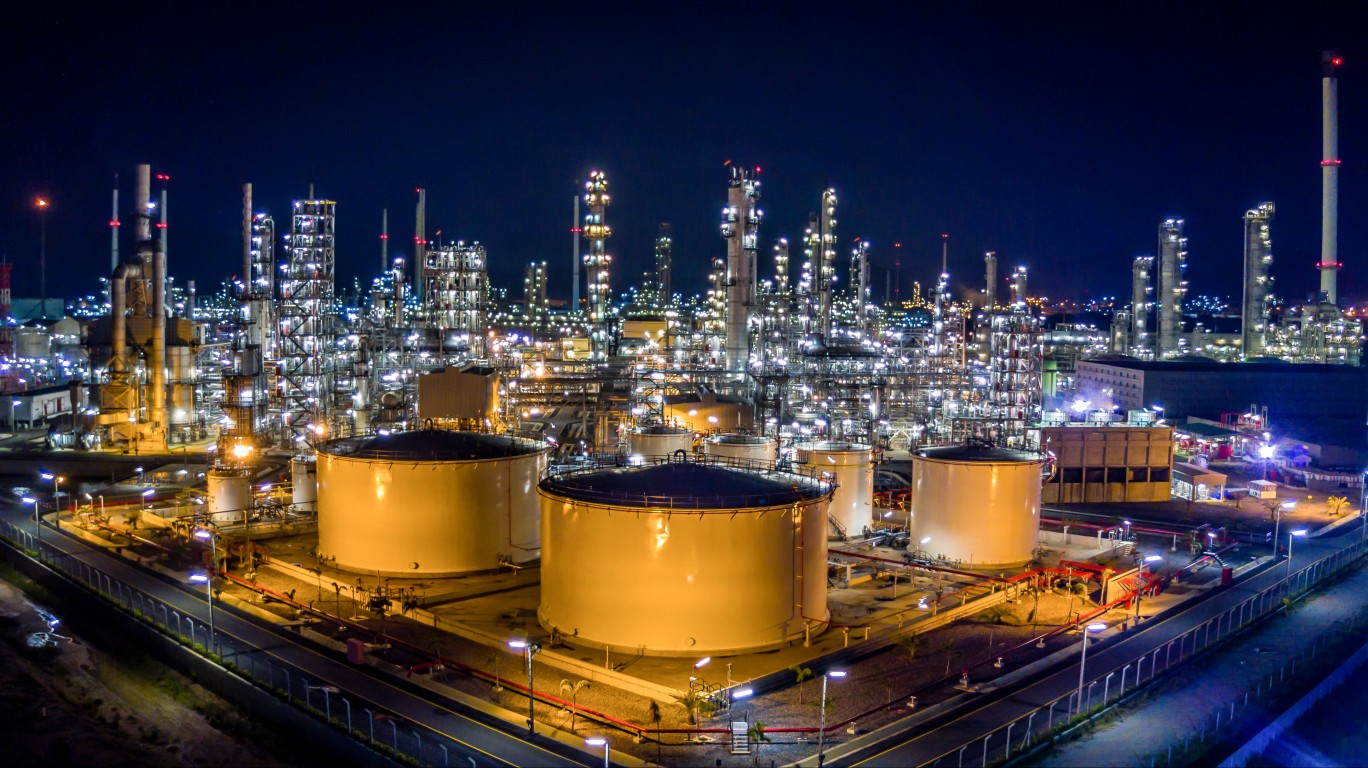 A founding member of OPEC, Iran is one of only four countries in the world that controls over 150 billion barrels of oil. Churning out an average of 5 million barrels a day, it is also one of the world’s largest oil producers. All oil exploration and production in Iran is managed by the state-owned National Iranian Oil Company.

Though oil production spiked by 30.4% in Iran between 2012 and 2017, that trend will likely not continue. Newly imposed U.S. sanctions restrict five formerly exempt nations — China, India, Japan, South Korea, and Turkey — from buying oil from Iran. The new policy, designed to cut off finances to Tehran and restrict the country’s nuclear ambitions, could reduce oil production by as much as half a million barrels a day. 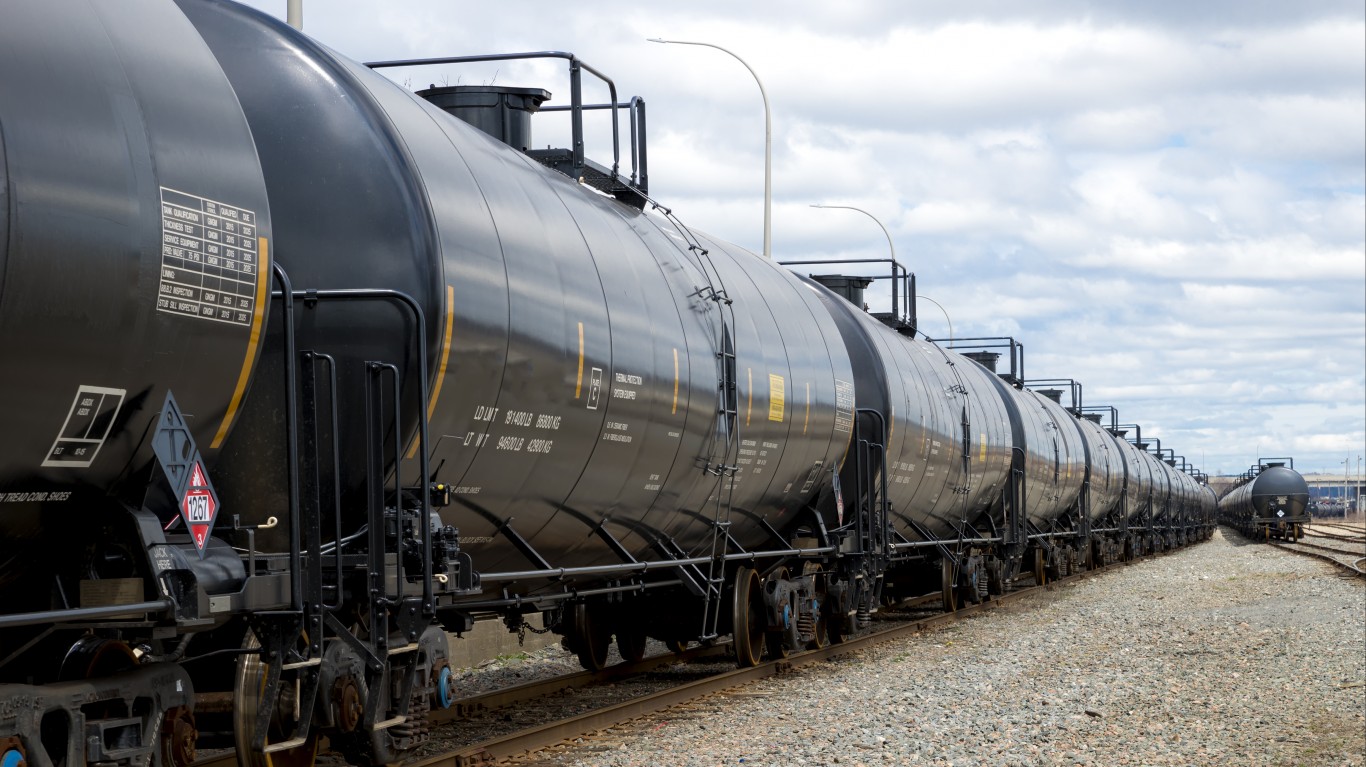 Oil production has climbed 29.2% in Canada over the last half decade. The country produced a record high 4.8 million barrels per day in 2017. Corporate giants in Canada’s privatized oil sector include Suncor, Syncrude, Canadian Natural Resources Limited, and Imperial Oil. 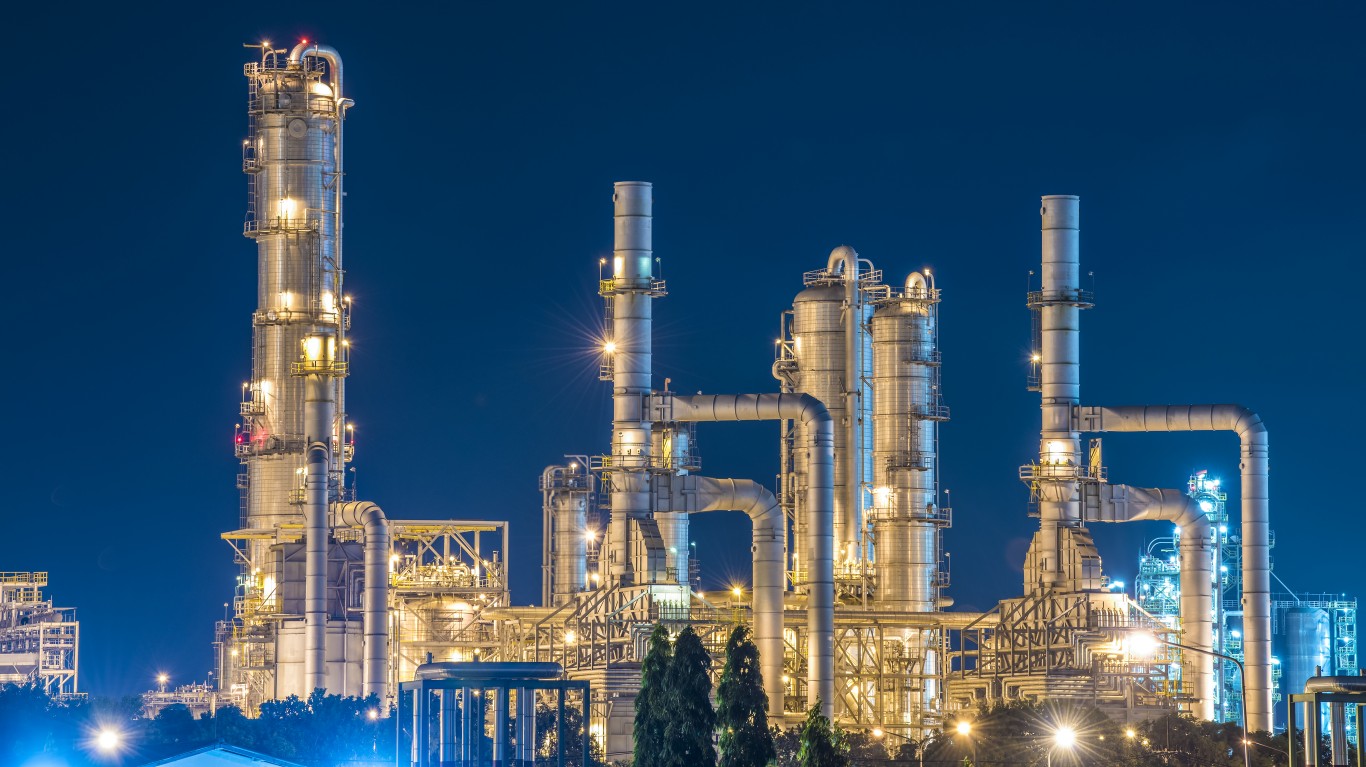 There are 266.2 billion barrels worth of oil in Saudi Arabia, by far the most of any OPEC nation and the second most of any country in the world. The country also produces 12 million barrels of oil on a daily basis, more than every country other than the United States. Heavily dependent on its oil industry, Saudi Arabia derived more than 75% of its $170 billion in 2017 export revenue from petroleum. Falling oil prices in 2014 hurt the country’s economy and GDP fell by 14.7% between 2014 and 2016.

Because of its oil reserves, Saudi Arabia is a strategic U.S. ally, despite human rights violations and strains imposed by multiple international incidents, including the Saudi nationality of 15 of the 9/11 hijackers. 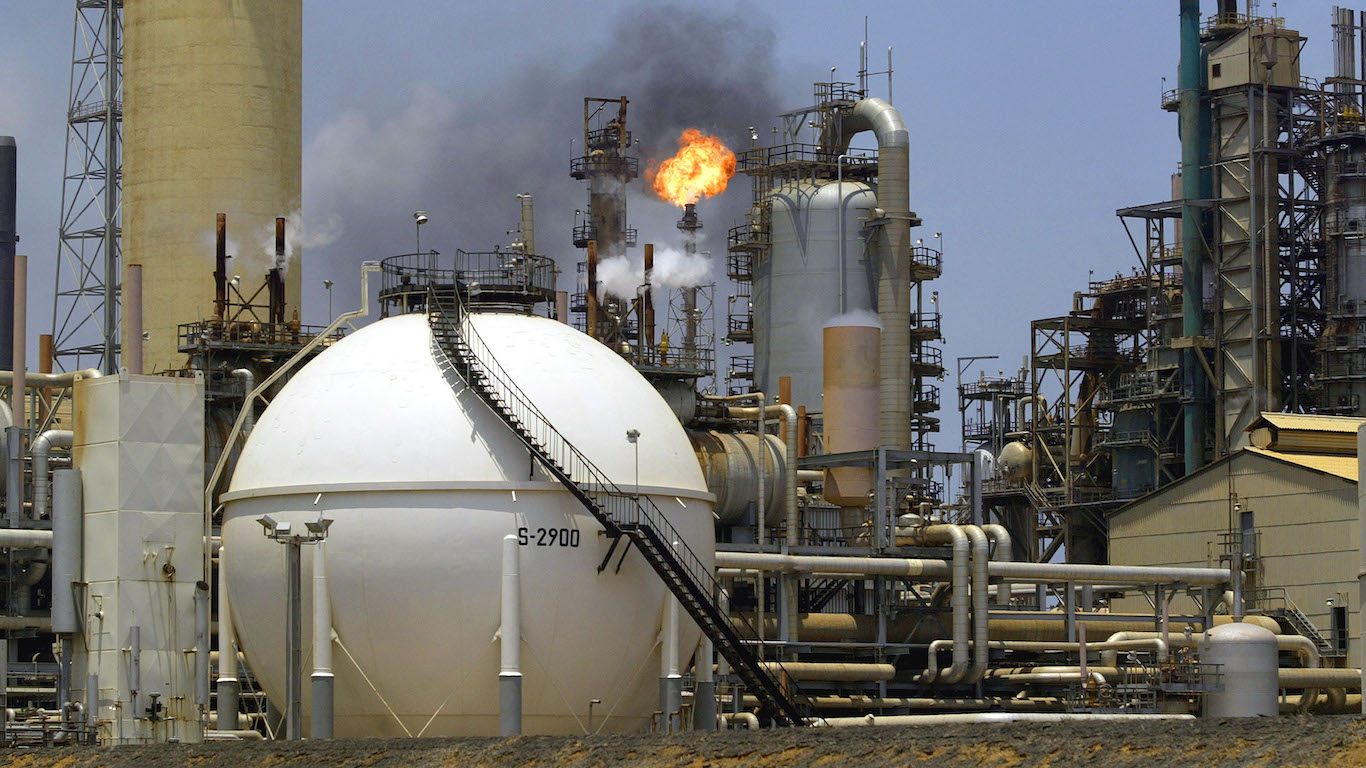 Venezuela, a country in economic freefall and facing an explosive political crisis, has more proven reserves of oil than any other country in the world. There are 303.2 billion barrels worth of oil in the country, nearly 18% of global reserves. The South American country’s economy is highly dependent on oil, with petroleum accounting for over 90% of total exports.

The country’s current crisis is partially the result falling global oil prices and spending oil revenues on social services rather than reinvesting in aging oil extraction infrastructure. Due to antiquated refineries and extraction tools, production in Venezuela stands at 2.1 million barrels per day, down 22.0% from just five years ago and well below the country’s all-time high of 3.8 million barrels a day in 1970.