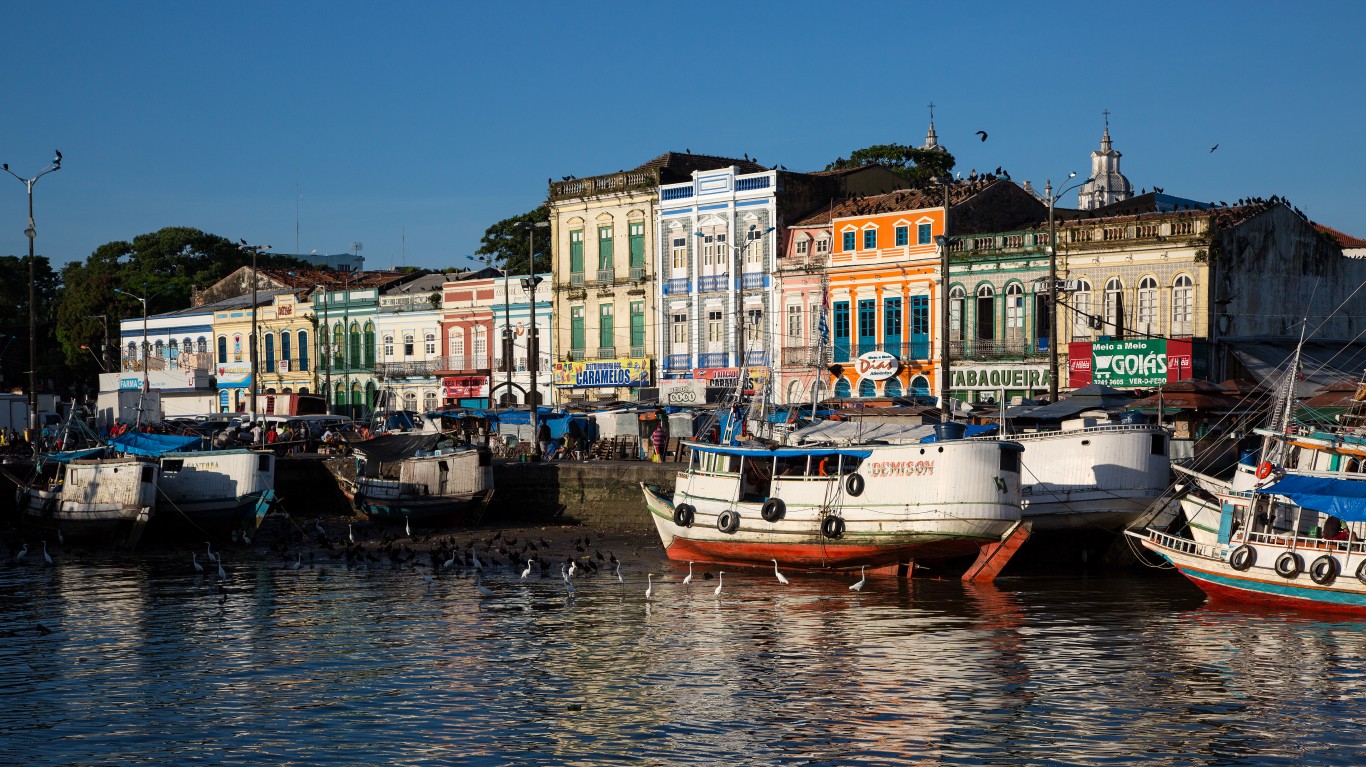 This eastern gateway city in the lush Amazon region, the capital of Pará (Brazil’s second largest state by landmass) is Brazil’s third most dangerous city for a second consecutive year. The city was the country’s second most dangerous city in 2016 with a rate of 67.4 homicides per 100,000 residents. The rate increased a year later, to 71.4 per 100,000, but the city’s ranking among Brazil’s most dangerous cities fell from second to third place in 2017 because of a sharper increase in murders in Fortaleza (No. 9 on this list) and Natal (No. 8 on this list). 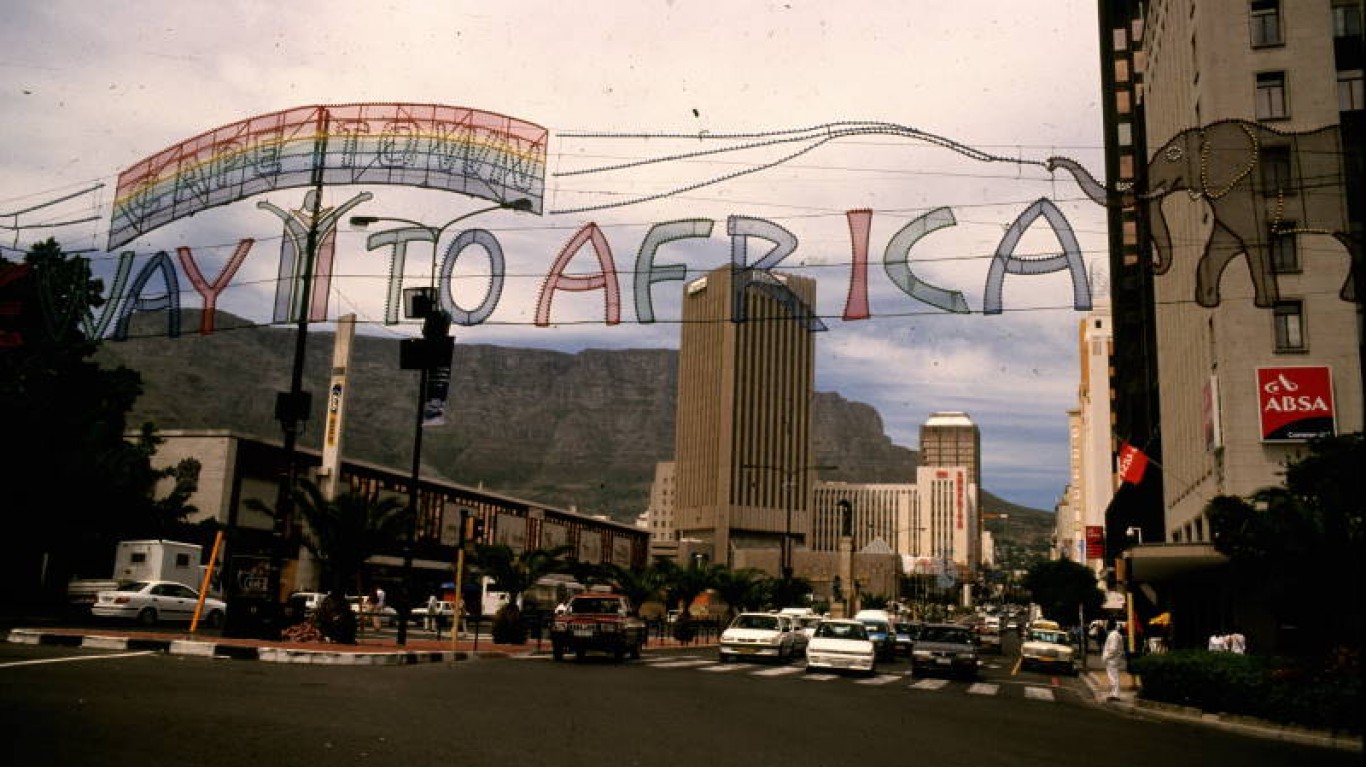 South Africa’s legislative capital is consistently also the country’s murder capital, with a homicide rate that hit a record high since the first edition of the annual report by The Citizen Council for Public Security and Criminal Justice in 2013. The murder rate increased last year to 66 homicides per 100,000 residents following two consecutive annual declines from 65.5 per 100,000 in 2015. Cape Town also fell in the ranks from the world’s 15th most dangerous city in 2017 to 11th in 2018. In 2015, the city was the top 10 most dangerous cities on this list, at No. 9. 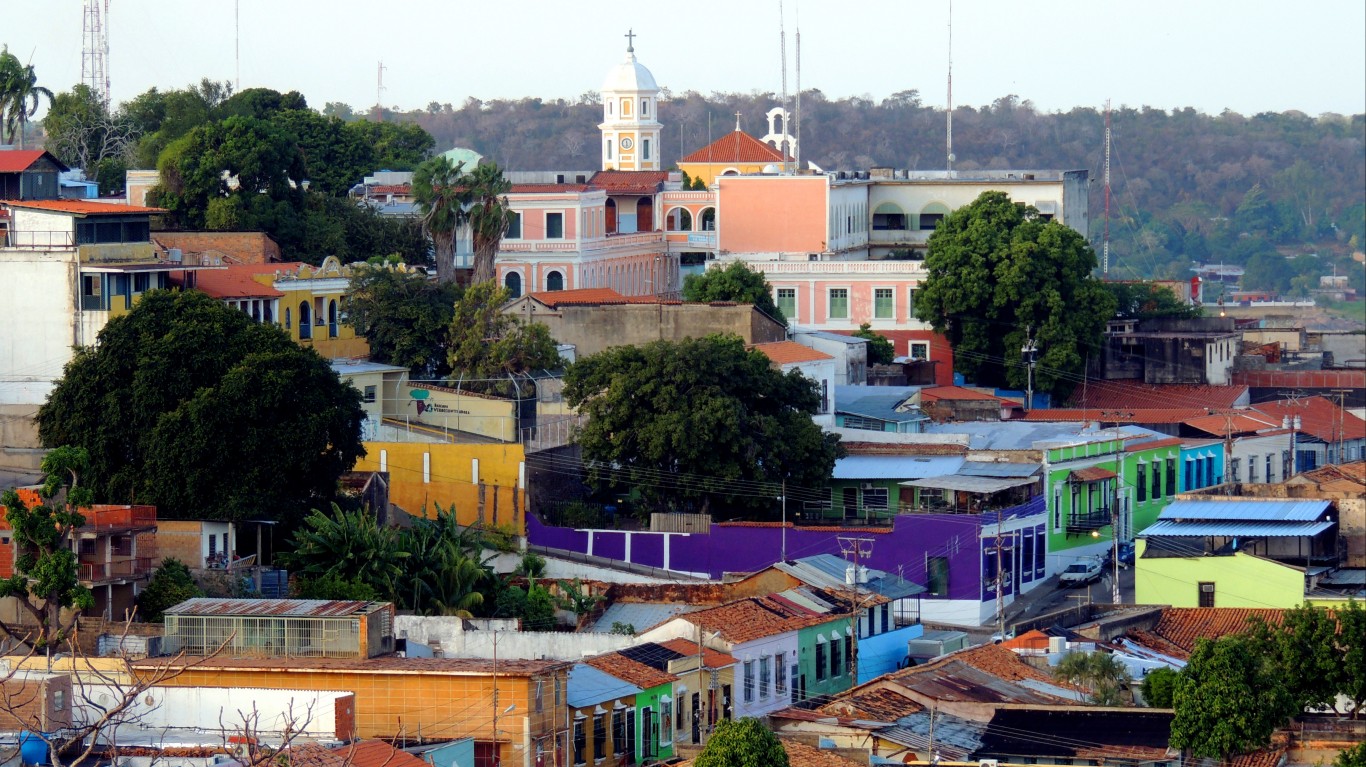 Violent crime has flourished as Venezuela has been in the process of collapsing into a failed state. Ciudad Bolívar, located 75 miles up the Orinoco River from Guyana City (No. 7 on this list), debuted in 2018 on this list of the 50 world’s most dangerous cities. In addition to the rise in violent crime in the city, Bolivar was flooded in August of last year. This may lead to a rise in opportunistic criminal activity. 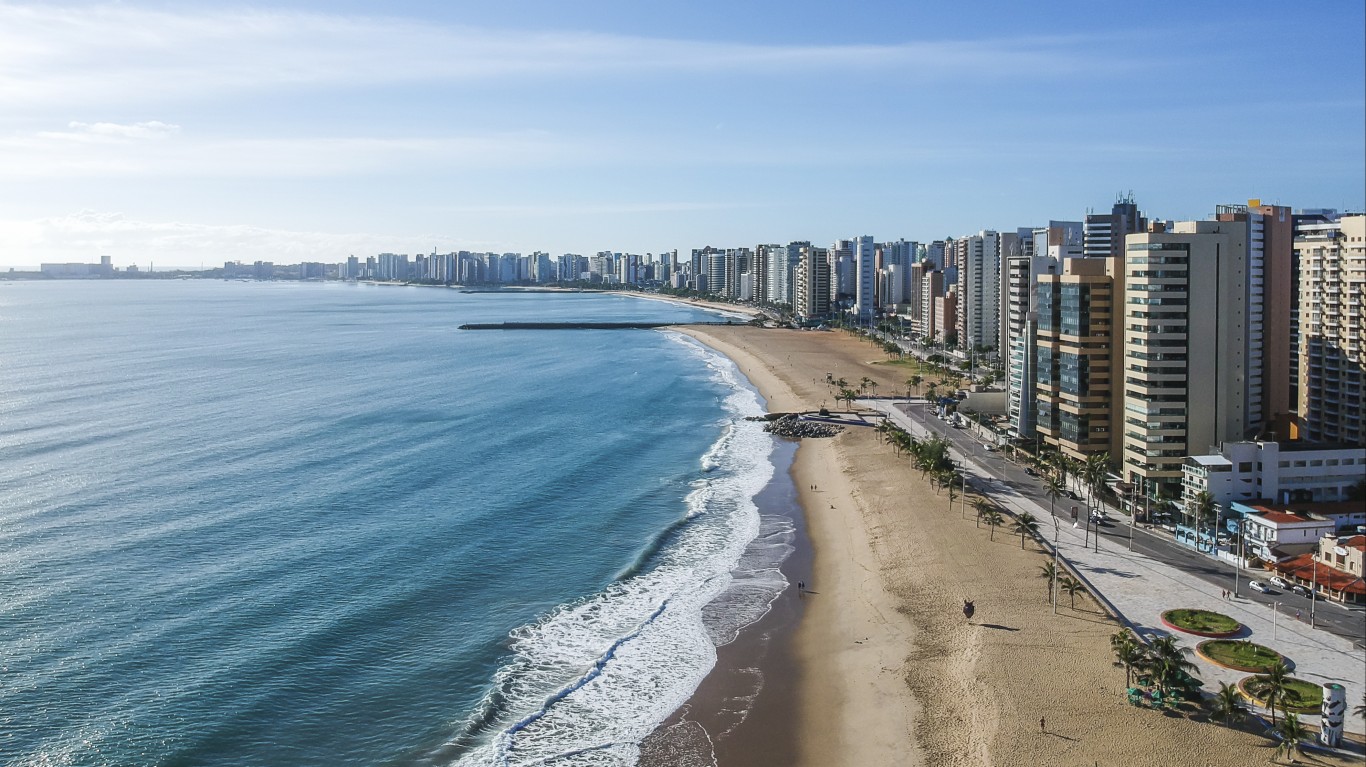 The murder rate in one of Brazil’s biggest cities dropped from 83.5 homicies per 100,000 residents in 2017, the highest rate for the city in over five years. Located about 1,400 miles north of São Paulo, the capital of northeastern Ceará state, Fortaleza was Brazil’s second most dangerous city last year. 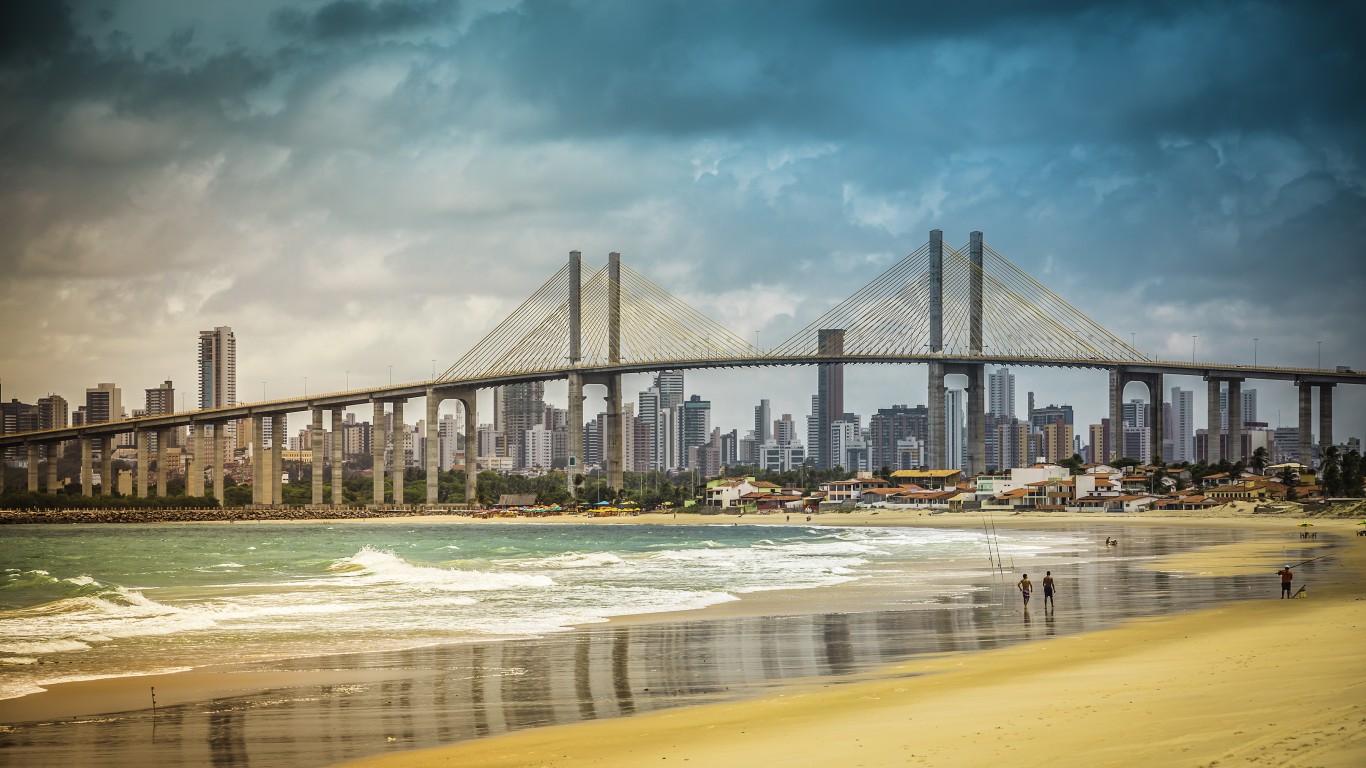 The capital and largest city in Rio Grande do Norte, the second largest oil-producing state in Brazil, experienced a decline in the homicide rate from nearly 103 murders per 100,000 residents in 2017 to 75 per 100,000 in 2018. Fortaleza (ranked ninth on this list) slightly edged out Natal as the country’s most dangerous city in 2015. But since then, Natal, a port city 120 miles up the coast from João Pessoa (44th on this list), has been country’s murder capital for three consecutive years.