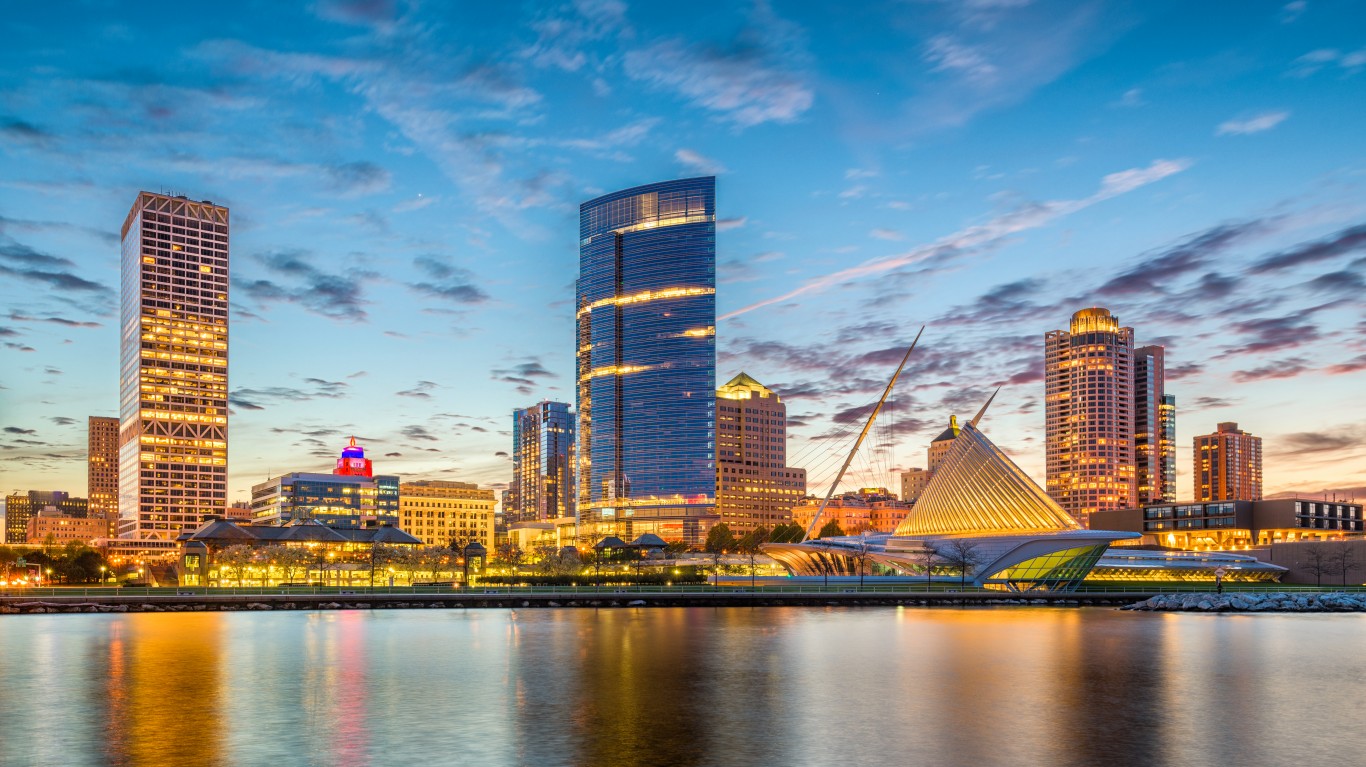 Wisconsin’s 4th Congressional District includes the city of Milwaukee, which is one of the most segregated cities in the country. Like many Rust Belt cities, Milwaukee’s current segregation patterns can be traced back to discriminatory appraisal maps drawn up in the early 20th century that led to reduced property values in majority African American neighborhoods.

Segregated communities often have the worst economic disparities along racial lines, and Wisconsin’s 4th District is no exception. The typical white area household earns over $60,000 a year, double the median income among black households of $30,400 a year. The black unemployment rate of 15.0% in the area is also more than triple the unemployment rate of 4.6% among white workers. 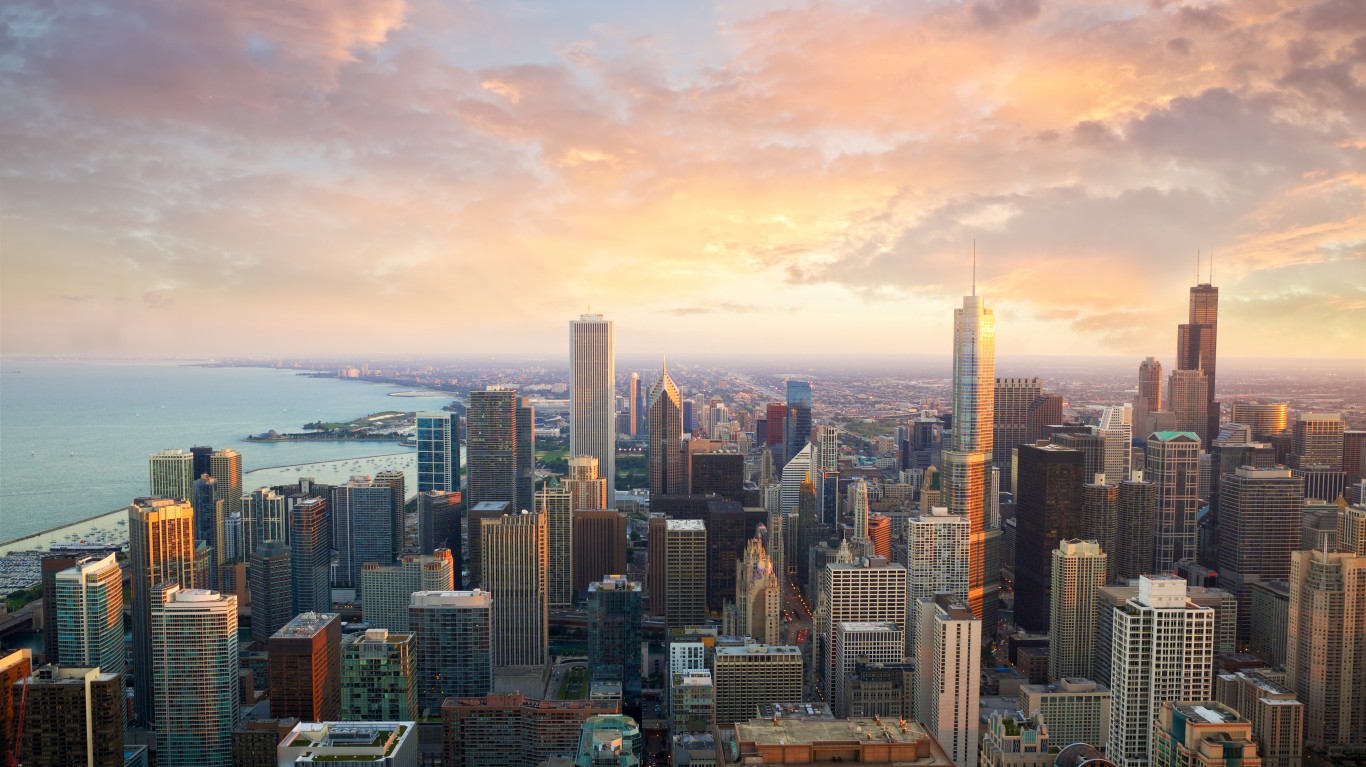 Illinois’s 7th Congressional District includes Chicago and stretches westward into the interior of the state. A history of exclusionary zoning, redlining, and discriminatory lending practices in Chicago throughout the 20th century has led to deeply entrenched segregation in and around the city — and contributed to some of the largest racial disparities in income and education of any congressional district.

The typical black household in the district has an income of just $30,159 a year, less than a third of the median income of $99,429 among white area households. Income is closely tied to educational attainment, and just 16.1% of black adults in the district have a bachelor’s degree compared to 74.1% of white adults.

24/7 Wall St.
How Many Children Live in Poverty in Your State 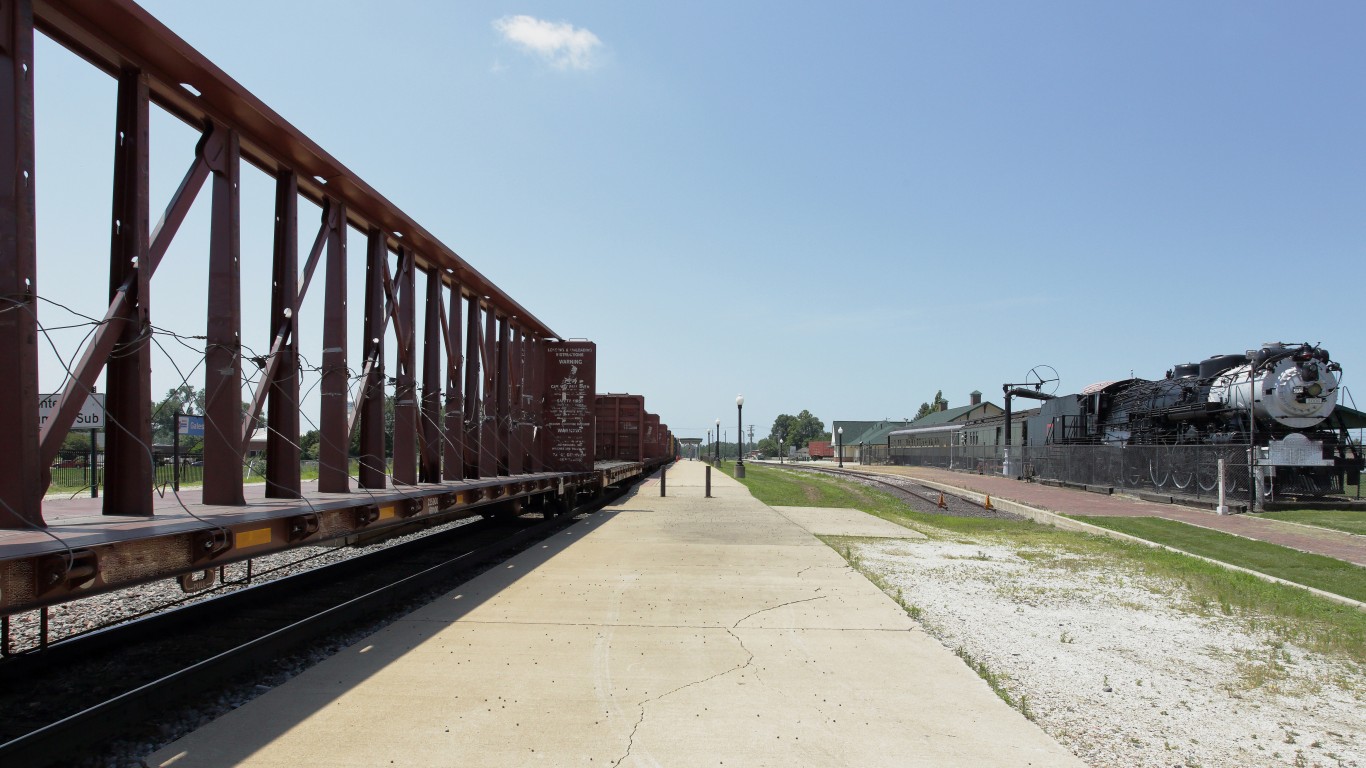 The 17th District in Illinois stretches through much of the northwestern portion of the state and includes parts of Peoria and Rockford. The district is one of 108 nationwide that intersects with one or more pivot counties — counties that went for Trump in 2016 after voting for Obama in both 2008 and 2012. Democratic Rep. Cheri Bustos defeated incumbent Republican Congressman Bobby Schilling in 2012 and has served the district ever since. 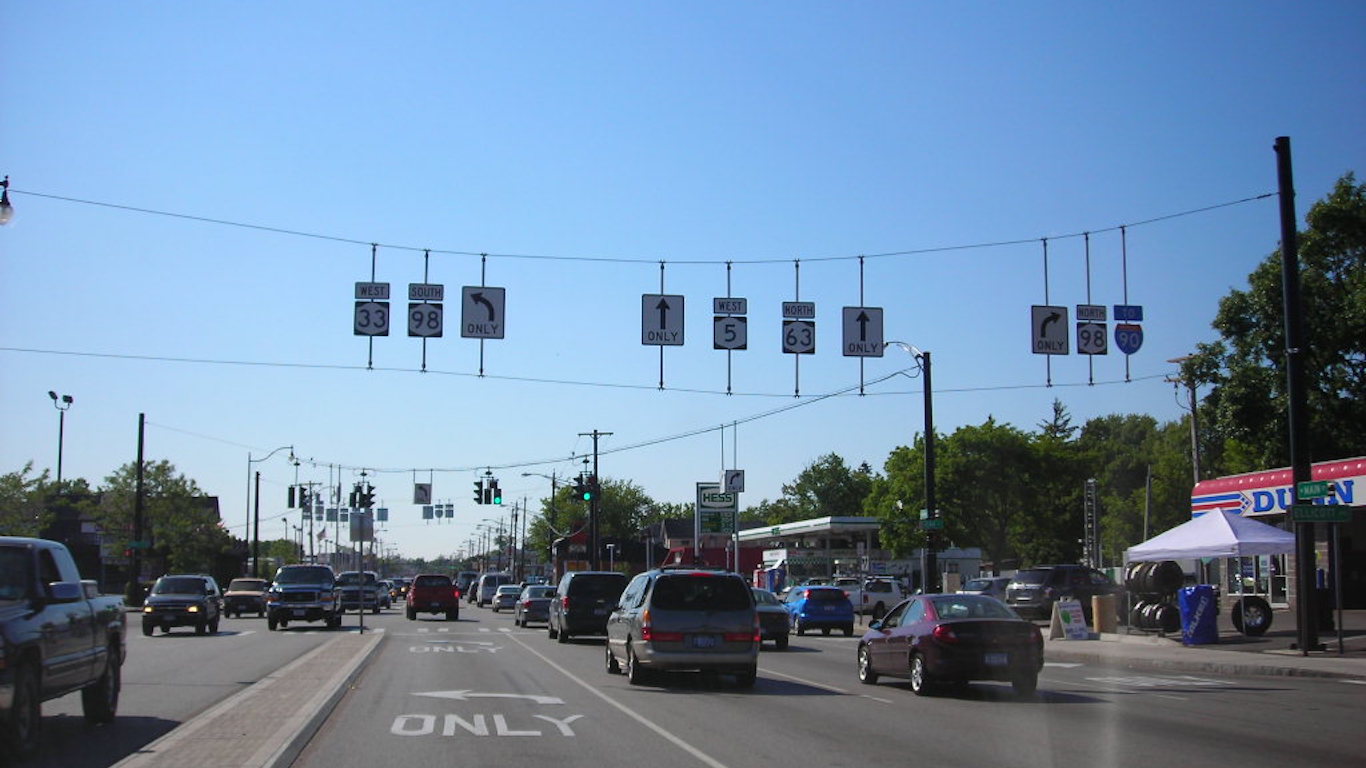 The 25th Congressional District in New York borders Lake Ontario and includes the city of Rochester. Segregation leads to disparate outcomes, and Rochester schools are highly segregated, as only 10% of students in the school district are white.

Currently, over 94% of white adults in the congressional district have a high school diploma, compared to just 78.4% of black adults. Education is closely linked to income, and more than one in every three black district residents live below the poverty line, compared to 8.2% of white residents. The district’s seat is currently held by Rep. Joseph Morelle, a Democrat. 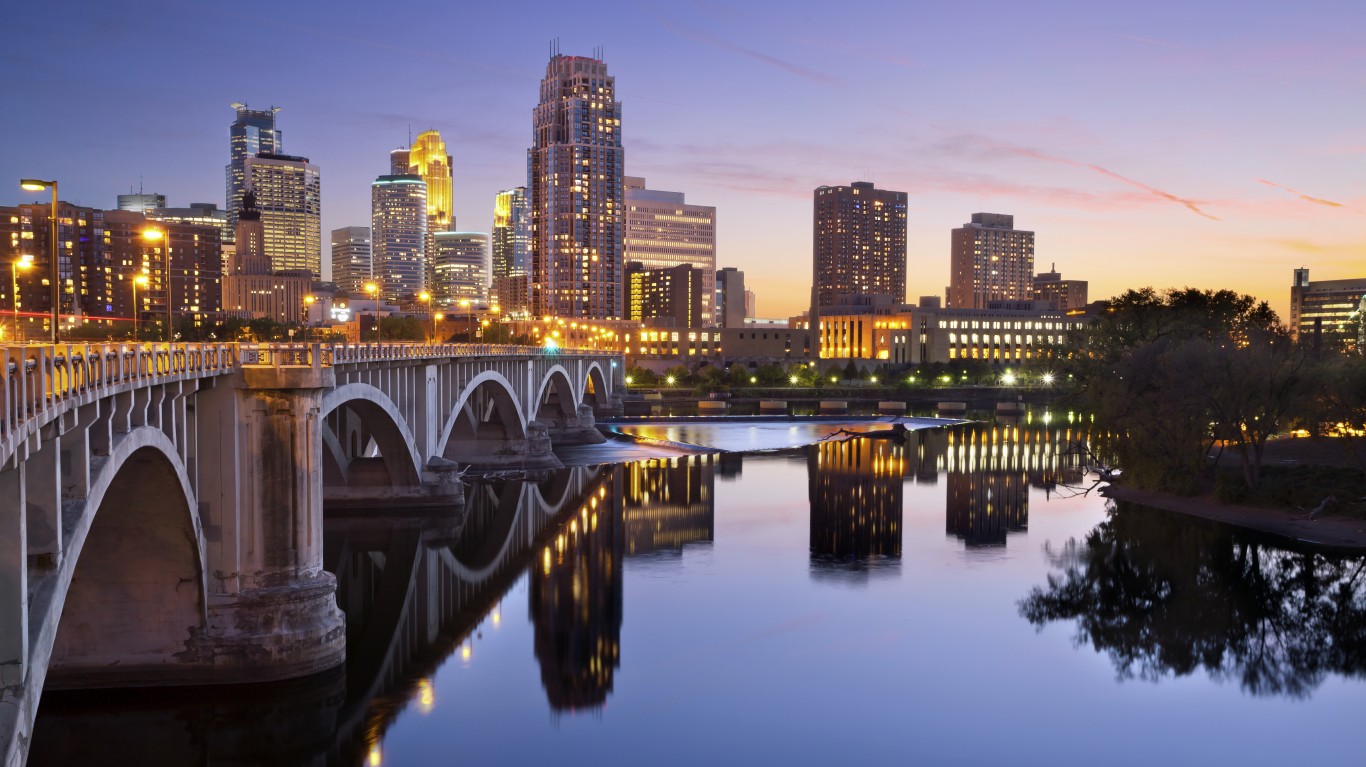 Minnesota’s 5th Congressional District covers the city of Minneapolis. Rep. Ilhan Omar was elected to represent the district in 2018. She is the first refugee and Somali-American woman ever to serve in the U.S. Congress.

Black area residents are about four times more likely to live below the poverty line than white residents and three times more likely to be unemployed. Disparate outcomes along racial lines in the district are largely the legacy of historic racism. Minneapolis is one of several Midwestern cities that enacted restrictive housing covenants and exclusionary zoning policies in the early 20th century. These policies impact residential patterns to this day.