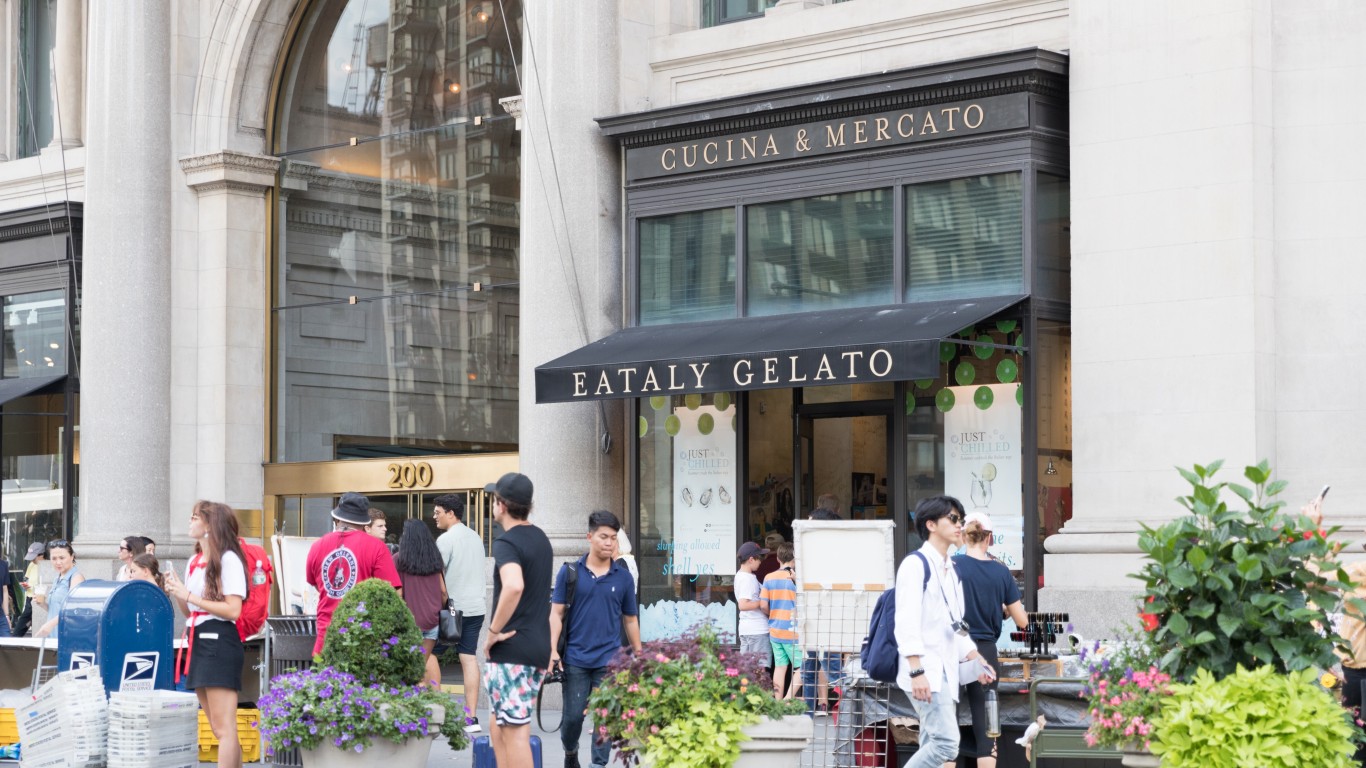 The original Eataly, which opened in an abandoned factory in Turin, Italy, in 2007, is considered to be the first modern-day food hall — an aggregation of food stalls or counters and food vendors of various kinds under one roof, but of a higher quality than the typical shopping mall food court. Though there were some scattered examples elsewhere, the opening of an Eataly outpost in New York City in 2010 popularized the idea in America. By the end of this year, there are expected to be at least 200 of these eclectic culinary marketplaces around the country — twice the number there were in 2016. 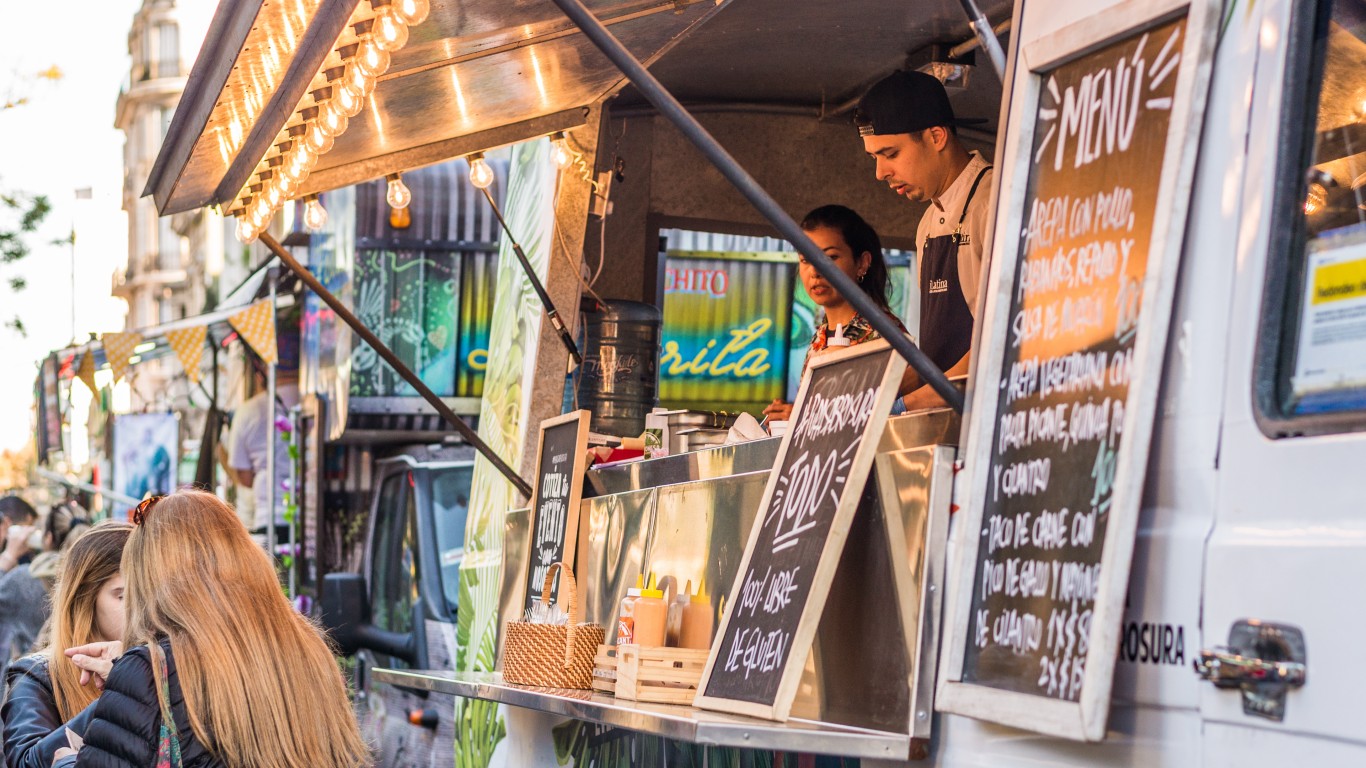 Mini-restaurants on wheels are old news in the sense of taco trucks and construction-site lunch wagons, but would-be restaurateurs didn’t embrace the idea until after L.A.-based Korean-American chef Roy Choi rolled out his first Kogi Truck in late 2008. Choi specialized in Korean-Mexican mashups, like his signature Korean short rib tacos, and promoted his enterprise on social media. As the website Food Truck Nation points out, Choi’s innovative spirit inspired “a diverse crowd of rich and poor [that] represent all races and genders” to launch their own trucks serving almost every kind of street food imaginable — pizza, sushi, barbecue, dim sum, gyros, arepas, bánh mì, and much, much more. The food truck industry has seen an average growth rate of 7.9% since 2011, and reported $2.7 billion in revenue in 2017. 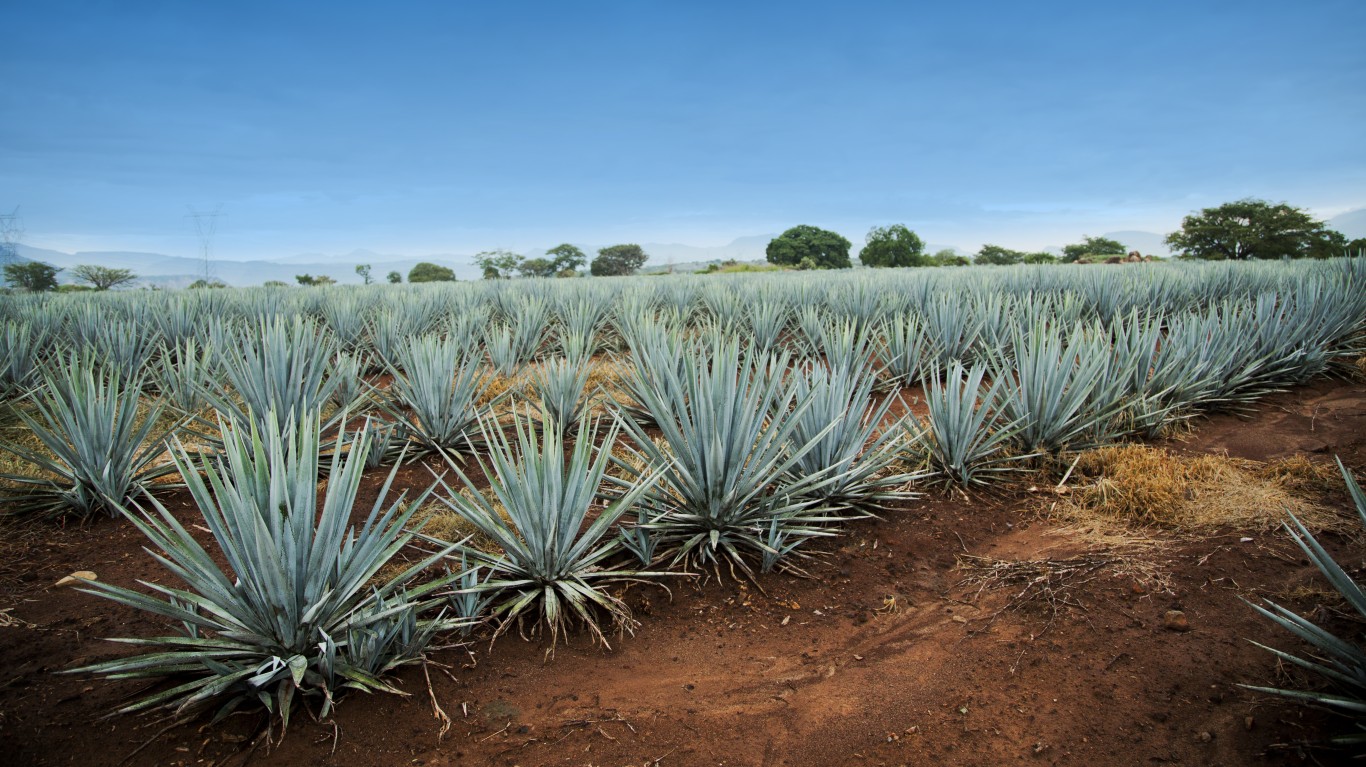 Agave is a genus of succulent plants found mostly in the American Southwest, Mexico, and Central and tropical South America. It has become trendy in America in recent years in two forms: The first is as agave syrup, a natural sweetener that’s a popular honey substitute for vegans and also often recommended for diabetics due to its low glycemic index, meaning it’s less likely than other sweeteners to spike blood sugar (though long-term consumption has been linked to insulin resistance, which actually increases diabetes risk). Agave syrup is expected to enjoy a growth rate of 5.2% between last year and 2023. The other big agave category is mezcal. Though premium tequilas, made from one specific kind of agave, continue to be popular, its relative mezcal — which can be made from a number of different varieties — showed the largest gain of any spirit category for 2018 in the U.S., at 32.4%. 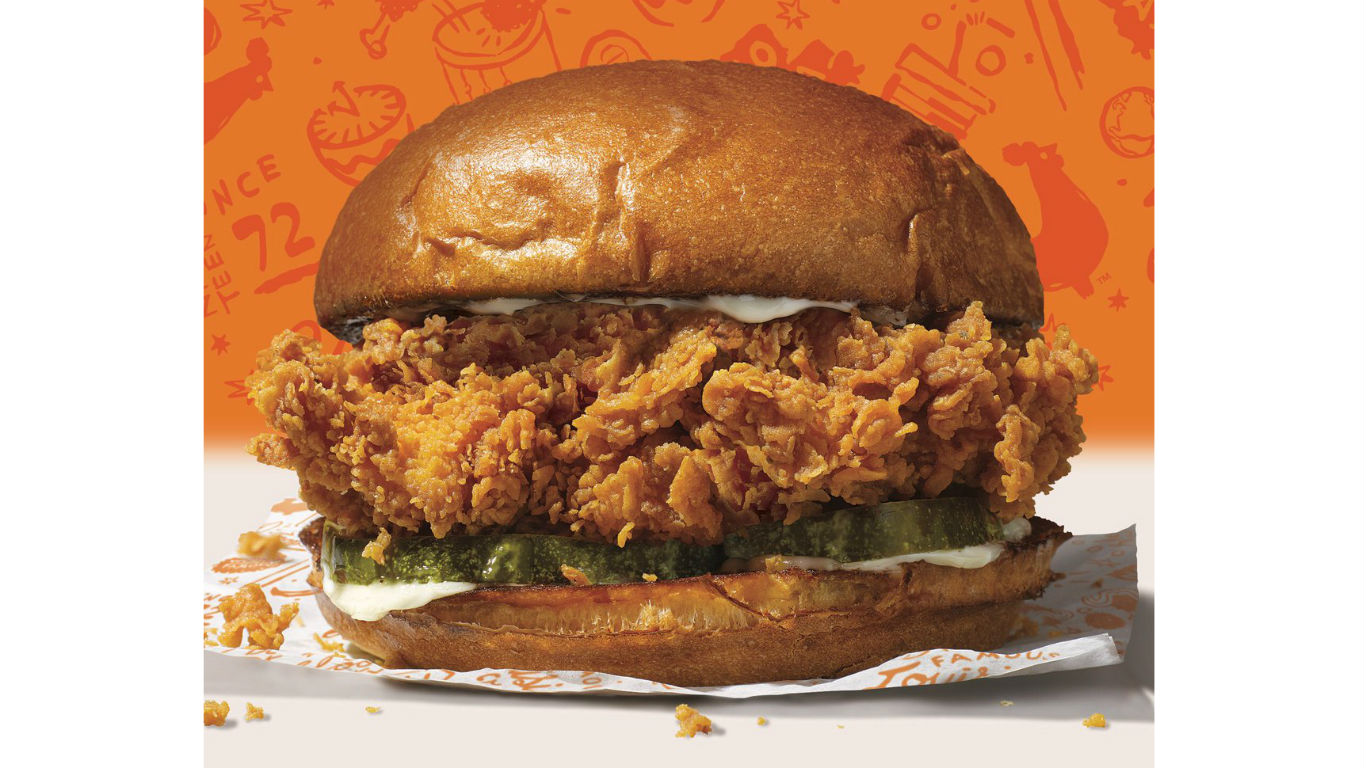 Sliced chicken deli sandwiches are fine, but what Americans really love these days is a slab of batter-coated fried chicken on a soft roll, typically with lettuce and mayo and often with pickle slices added. Fried chicken sandwiches predate 2010, but have only become a big thing in recent years. (One theory is that they got popular after the 2008 financial crisis, when people sought something cheap and comforting to eat.). Almost all the major chains now serve one or more versions — McDonalds, Burger King, Wendy’s, Hardee’s, Arby’s, Sonic, White Castle, KFC (of course), Shake Shack… and maybe most influentially of all right now, the protagonists in this summer’s “chicken wars” — Chick-fil-A (which claims to have invented the sandwich) and Popeyes Louisiana Kitchen (which sold so many of its new version that it ran out of chicken and took the sandwich off the menu for months). 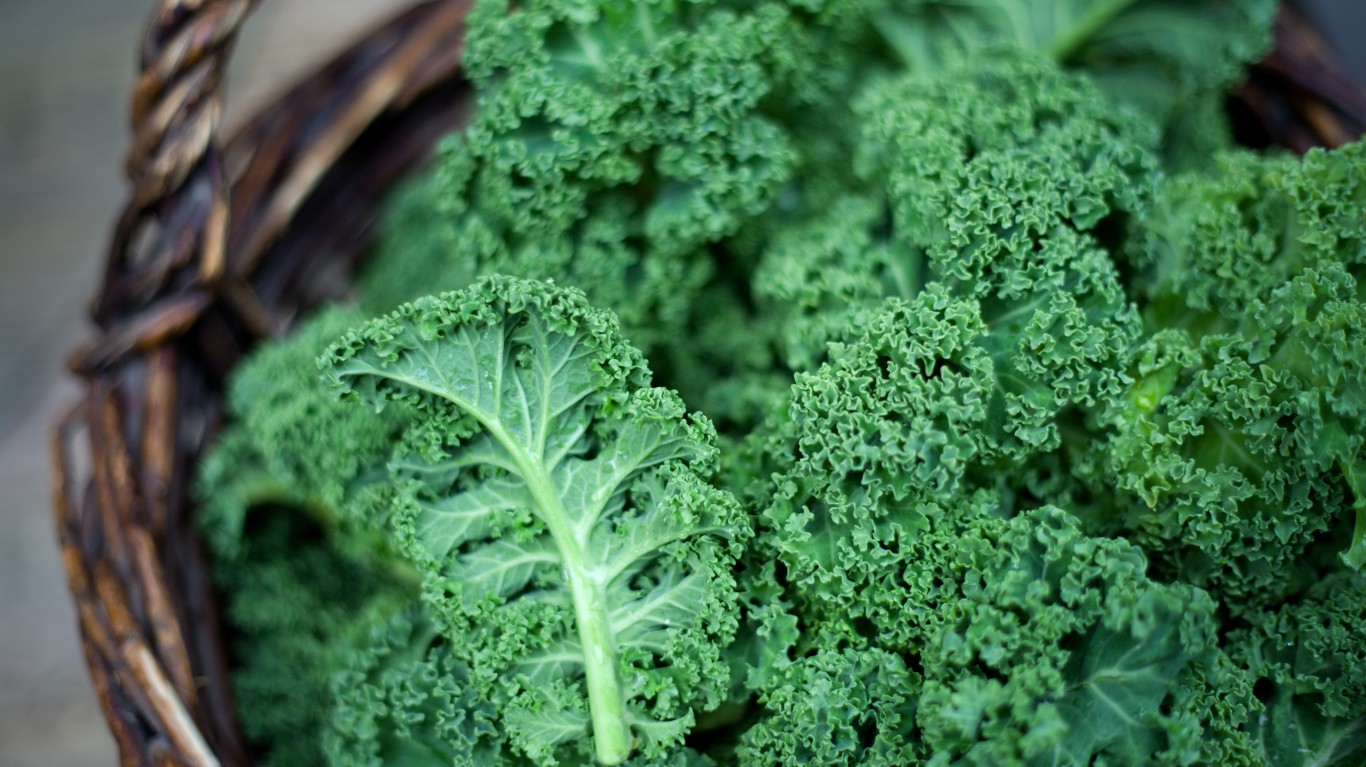 There are plenty of nutritious greens out there, like collards, Swiss chard, and mustard greens, so why has kale become such a star? Maybe it’s because it has a crisp, easy-to-remember name, or the fact that its rather stiff leaves can be transformed easily into chips. It probably also has something to do with the efforts of a New York City public relations firm and the subsequent shout-outs from people like Dr. Oz and Gwyneth Paltrow (who demonstrated making kale chips on “Ellen” in 2011). Whatever it was, U.S. kale production increased by almost 60% between 2007 and 2012. Kale is still everywhere, but it seemed to reach its peak in 2014, and according to the Produce Market Guide, sales dropped by 8 million pounds between 2016 and 2017