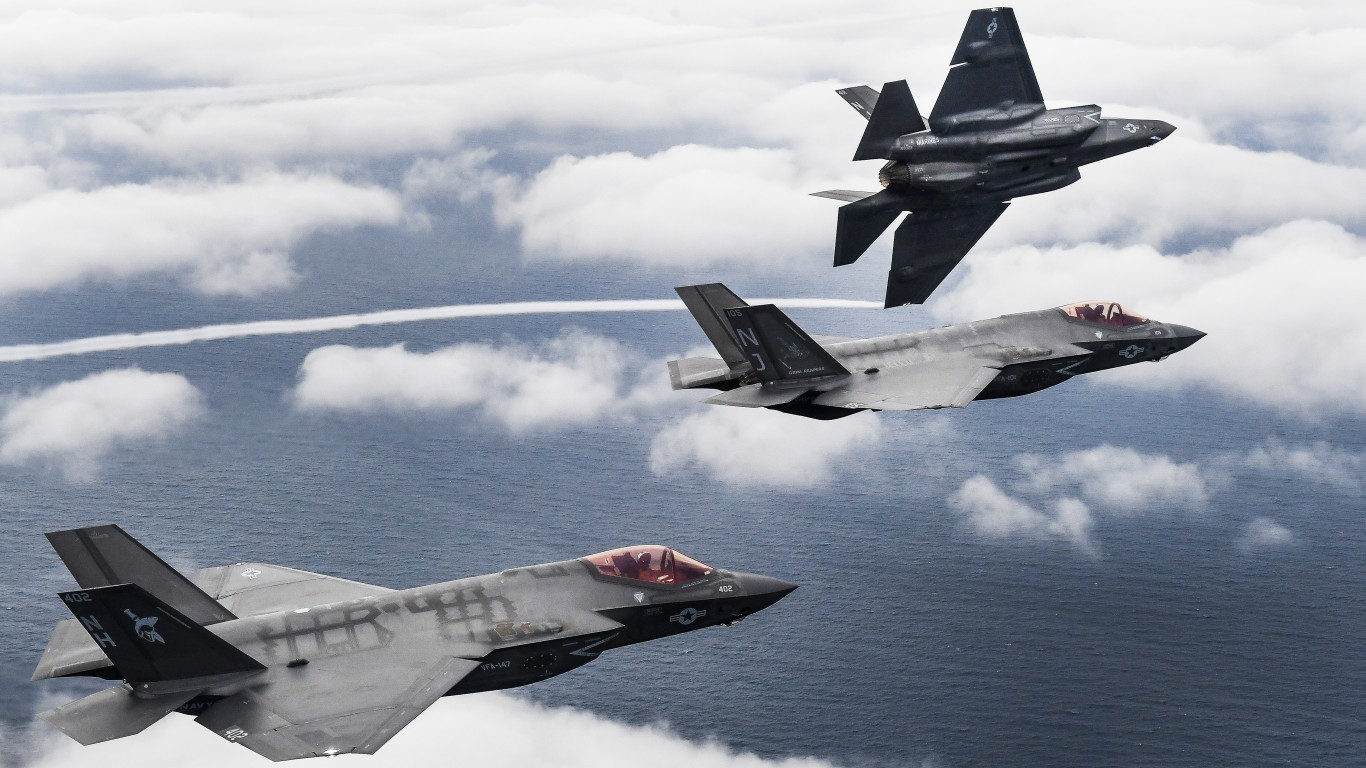 There are nearly 17,000 active-duty military personnel living in Crestview-Fort Walton Beach-Destin, comprising about 6% of the total metro area population. The military presence in the area is due in no small part to Eglin Air Force Base, a massive facility under the control of the 96th Air Base Wing, a unit that provides ordinance and weaponry support to missions around the world.

Crestview-Fort Walton Beach-Destin also has one of the largest veteran populations in the country. There are nearly 40,000 former military service members living in the metro area, equal to 14.2% of the total population. 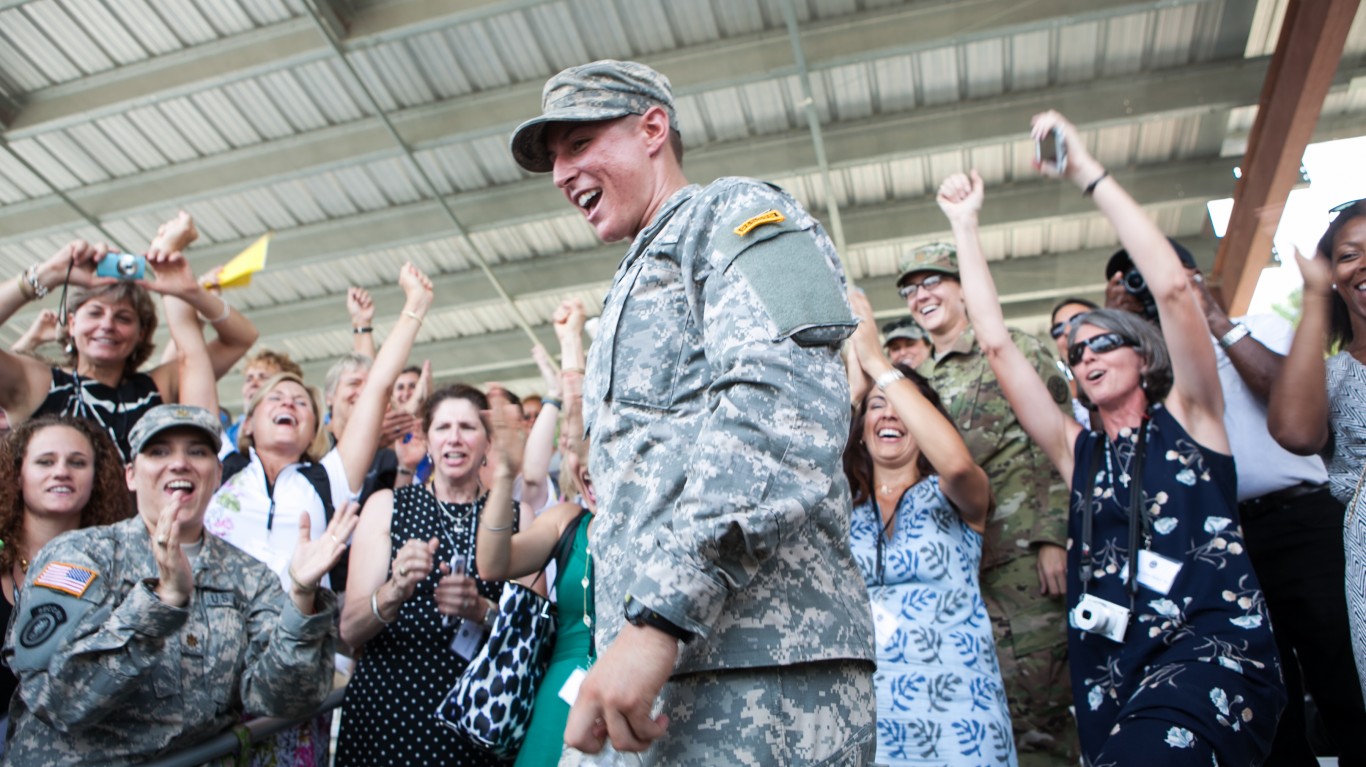 The Columbus, Georgia, metro area is home to Fort Benning, which opened just as World War I was ending in 1918. The installation has 20,321 active duty military members — all of the area’s military service member residents — and encompasses 182,000 acres in west central Georgia and a small part of east central Alabama. Fort Benning is called “Home of the Infantry.” It also hosted some of the more heralded military men in American history, including Dwight Eisenhower, George Patton, George C. Marshall, and Colin Powell.

The Columbus metro area also has one of the larger number of veterans on the list with 32,191 vets. 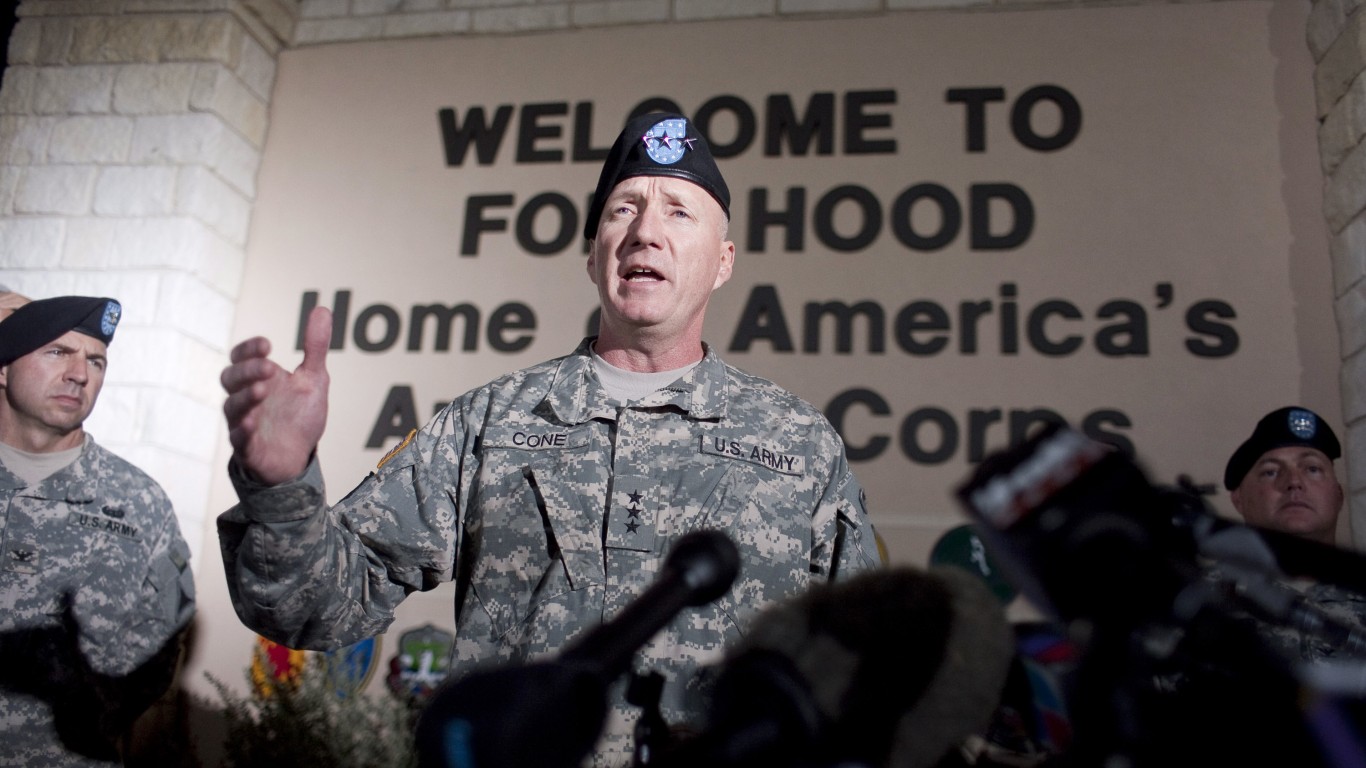 The Killeen-Temple metro area in Texas is home to Fort Hood, one of the largest military bases in the United States. The base, which spans 340 square miles, is the only installation in the United States capable of training two armored divisions. Fort Hood’s presence alone accounts for the vast majority of the nearly 39,000 active duty service men and women living in the metro area.

The metro area is also home to nearly 63,000 veterans. The large population of current and former members of the military has a considerable economic impact on the surrounding area. Between salaries, pensions, general operating costs, and other expenses, the Department of Veterans Affairs spent nearly $1.3 billion in the metro area in 2018 alone. 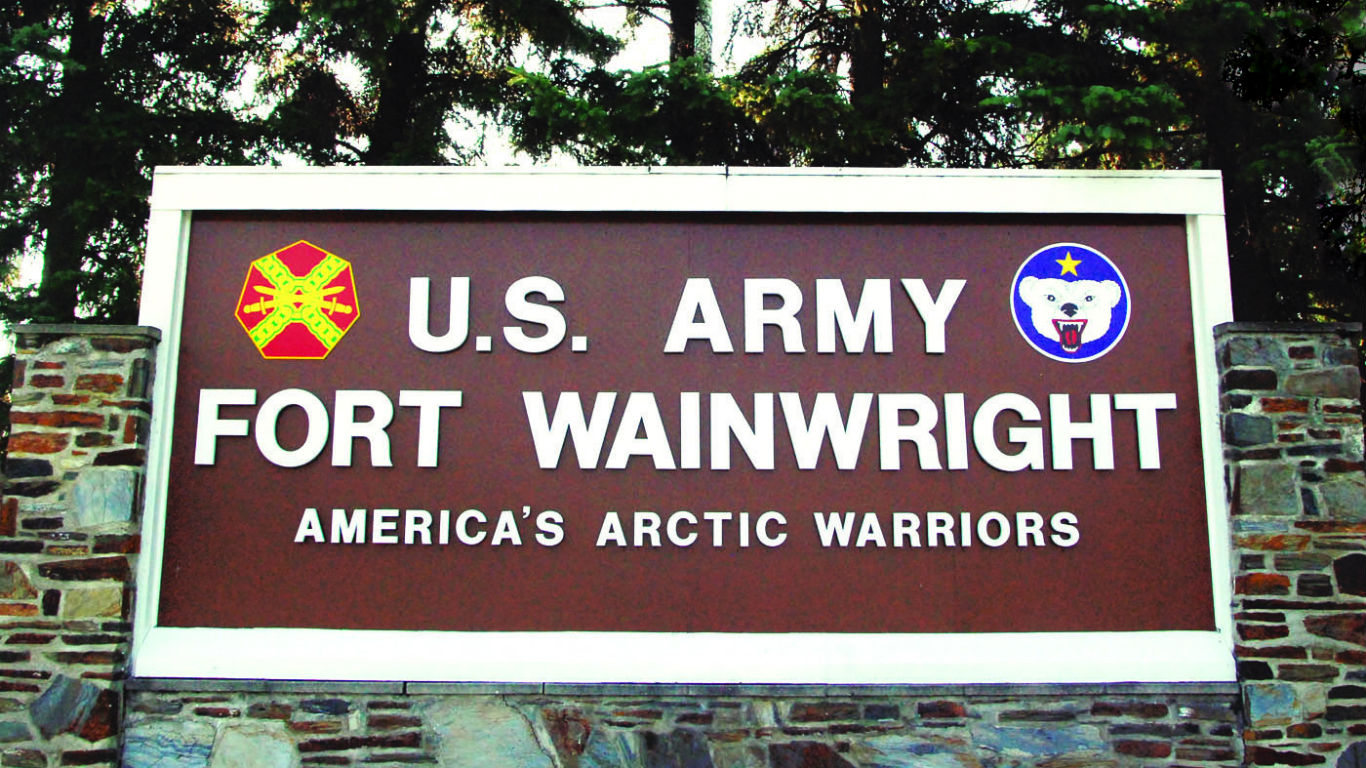 The second of the two Alaska metro areas on the list, Fairbanks is home to Fort Jonathan Wainwright, named after a World War II general. The Fairbanks metro area is also home to Eielson Air Force Base.

Fort Wainwright is by far the largest military installation in Alaska by numbers of military personnel, with 7,162 troops stationed there. Fort Wainwright began as a base for the Army Air Corps (the predecessor to the Air Force) in 1940 before it was transferred to the Army in 1961. The facility is part of what the Army calls “Home of America’s Arctic Warriors.” Veterans comprise 12.3% of the metro area population. 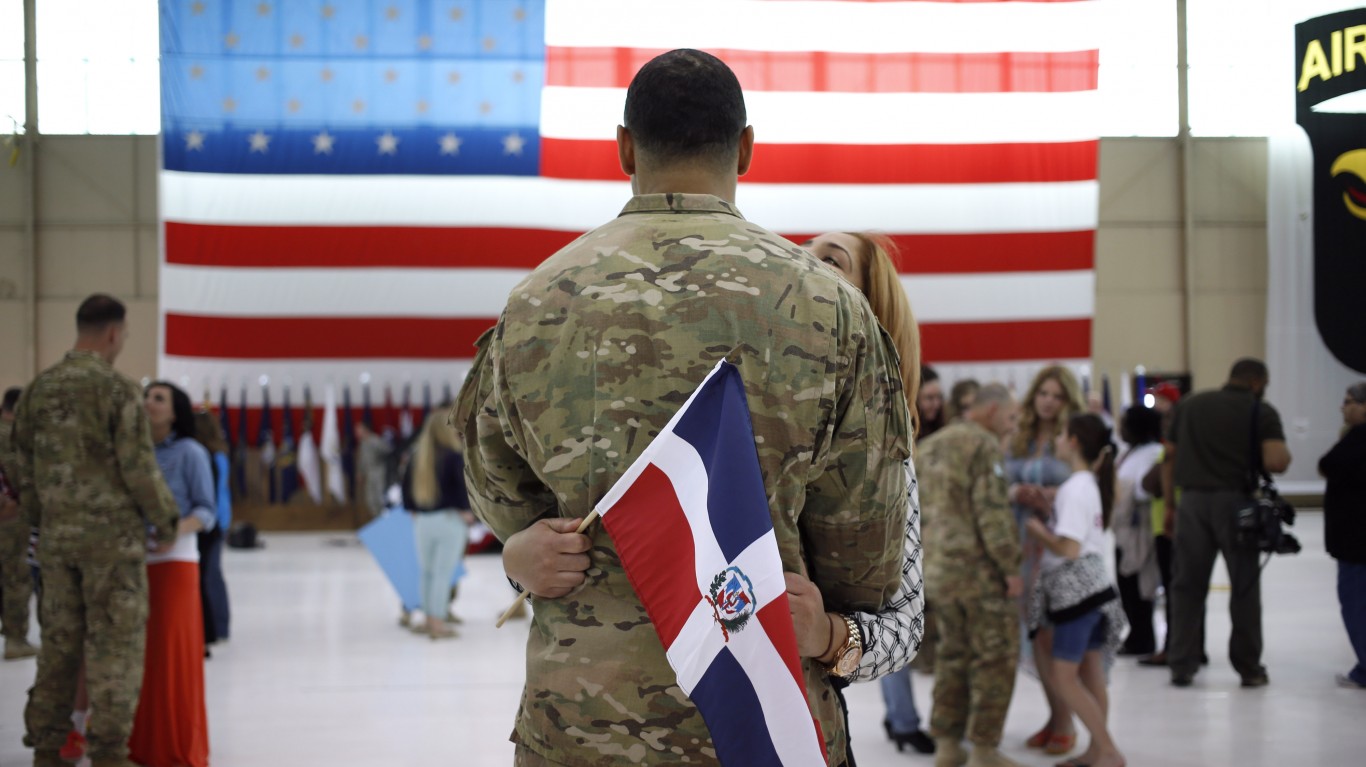 The economic impact current and former military personnel have on the area is substantial. The Department of Veterans Affairs spent over $600 million in the metro area in 2018 alone, on everything from salaries and pensions to vocational training and insurance payments.

The 30 Largest Militaries in the World