These Companies Made 2019 a Huge Year for IPOs

2019 was an extraordinary year for initial public offerings. Several of the world’s largest unicorns (private startups worth over $1 billion) went public, but often with poor results.

WeWork, one of the most valuable unicorns of all time when it reached $47 billion, stumbled ahead of its failed IPO and then almost ran out of money. Famous companies like Uber and Peloton sold off after they went public and continue to trade below their IPO prices. Peloton was one of the latest in the series of letdowns in the 2019 IPO season (See: Was Peloton the Final Straw for the IPO Market?)

Why did so many companies go public this year, even if their share prices proved their IPOs were financial mistakes? The primary engine was the stock market itself. Up over 20% this year, underwriters assumed they were launching companies into a friendly environment. Some companies that went public had such poor financial results that even bullish trading trends could not save them. Another reason was that private investors were impatient to cash in — Uber’s first investors put money into the company in 2011

While the year was dominated by tech IPOs, several other innovative companies also reached public markets. High on this list is Beyond Meat. Its meat substitute products became all the rage both among people who eat meat and those who don’t. Meatless burgers even began to go on sale at fast food chains like Burger King.

24/7 Wall St. consulted lists of public offerings, particularly data kept by IPOScoop. We also reviewed lists provided by several publications that track IPOs. These included Business Insider, CNET, and CNBC. The value of the IPO is the market cap based on the price set by the company and its underwriters for the moment the stock begins to trade.

We considered all companies listed on U.S. exchanges that completed an initial public offering (IPO) through November. As we move toward next year, these are the IPOs to watch for in 2020.

Click here to see the biggest IPOs of the year 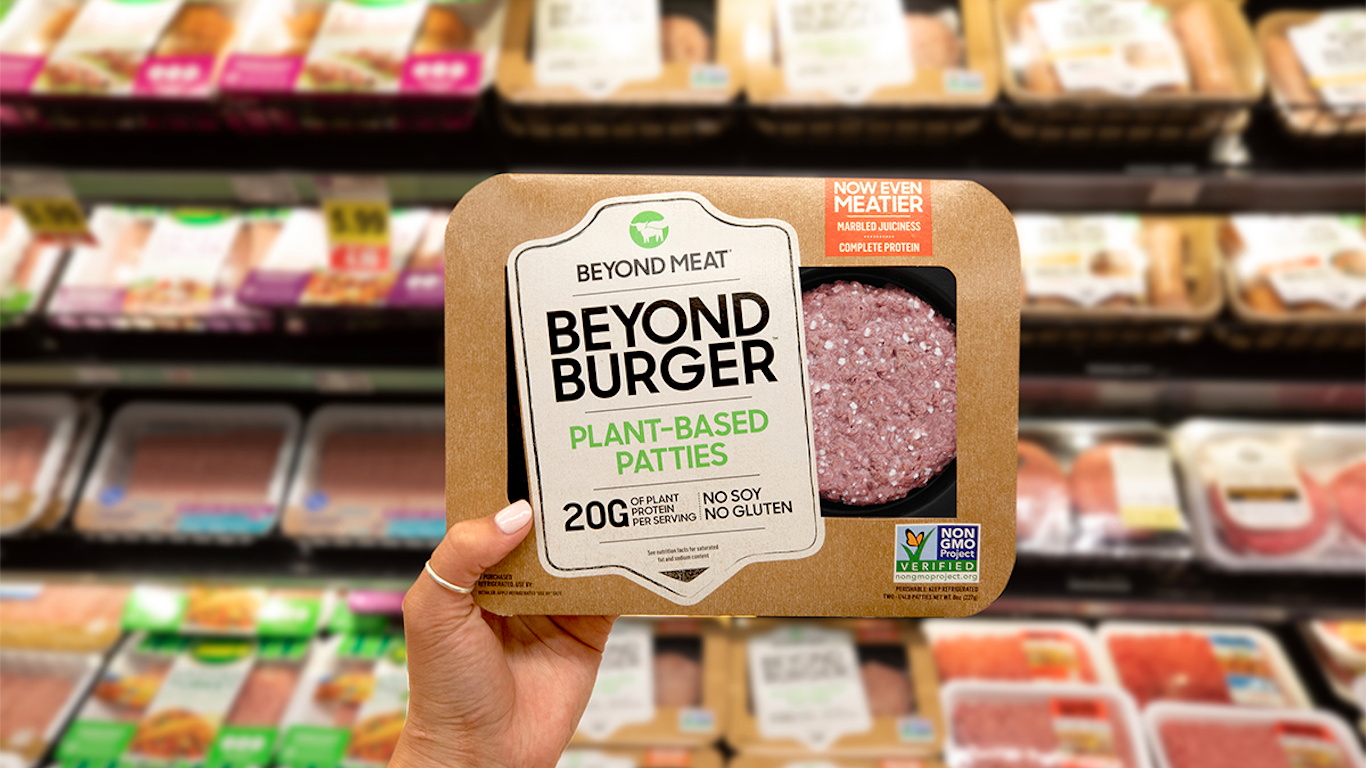 Source: Courtesy of Beyond Meat Inc.

Beyond Meat Inc., the meat substitution company, has traded wildly since it went public on May 2. The stock rocketed up by 84% on the first day of trading. The shares are currently priced at around $80 per share but have been as high as $239 and as low as $45. The company makes plant-based beef and pork. There are rumors it will move into poultry. 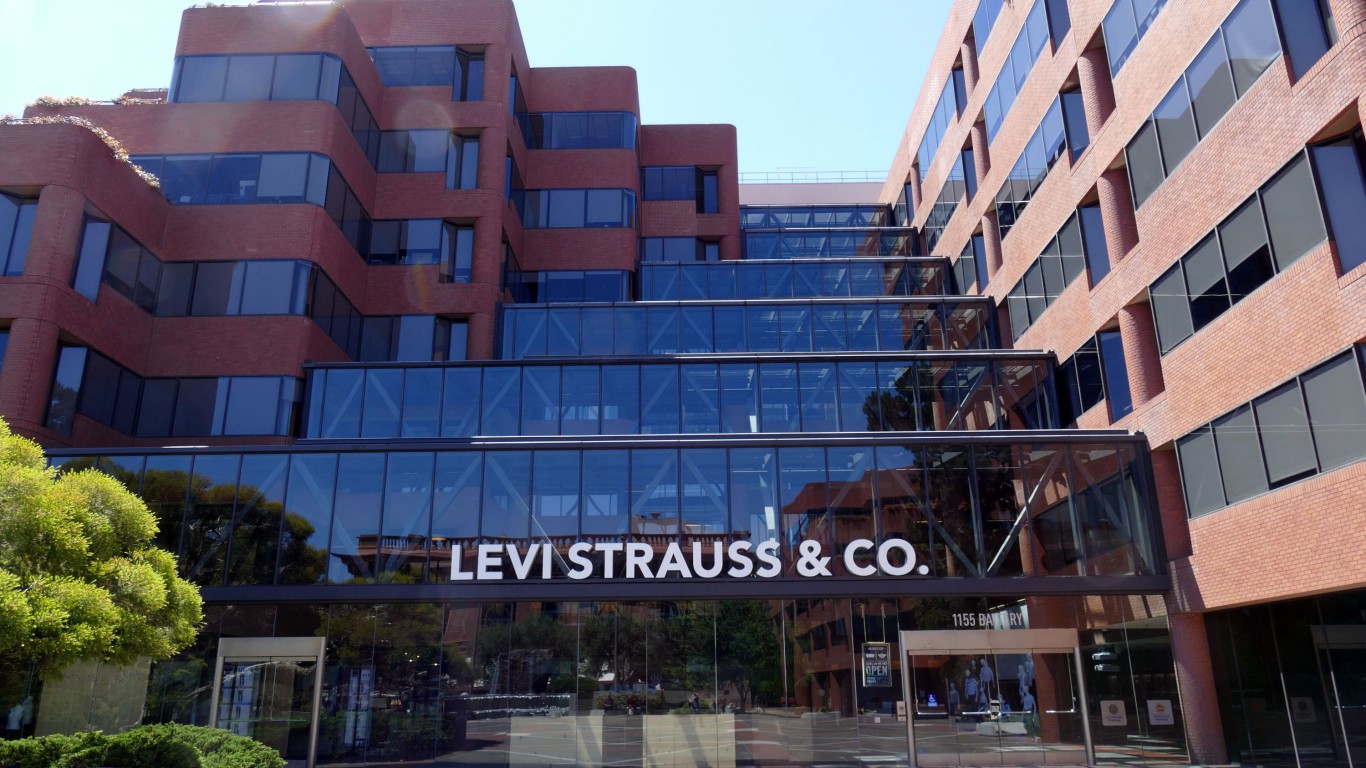 Levi Strauss & Co. was founded in 1853 but went public (again) this year, on March 21. The clothing company traded publicly between 1971 and 1985 before being taken private by the Haas family, who are descendants of the founder. Its most recent earnings disappointed Wall Street. 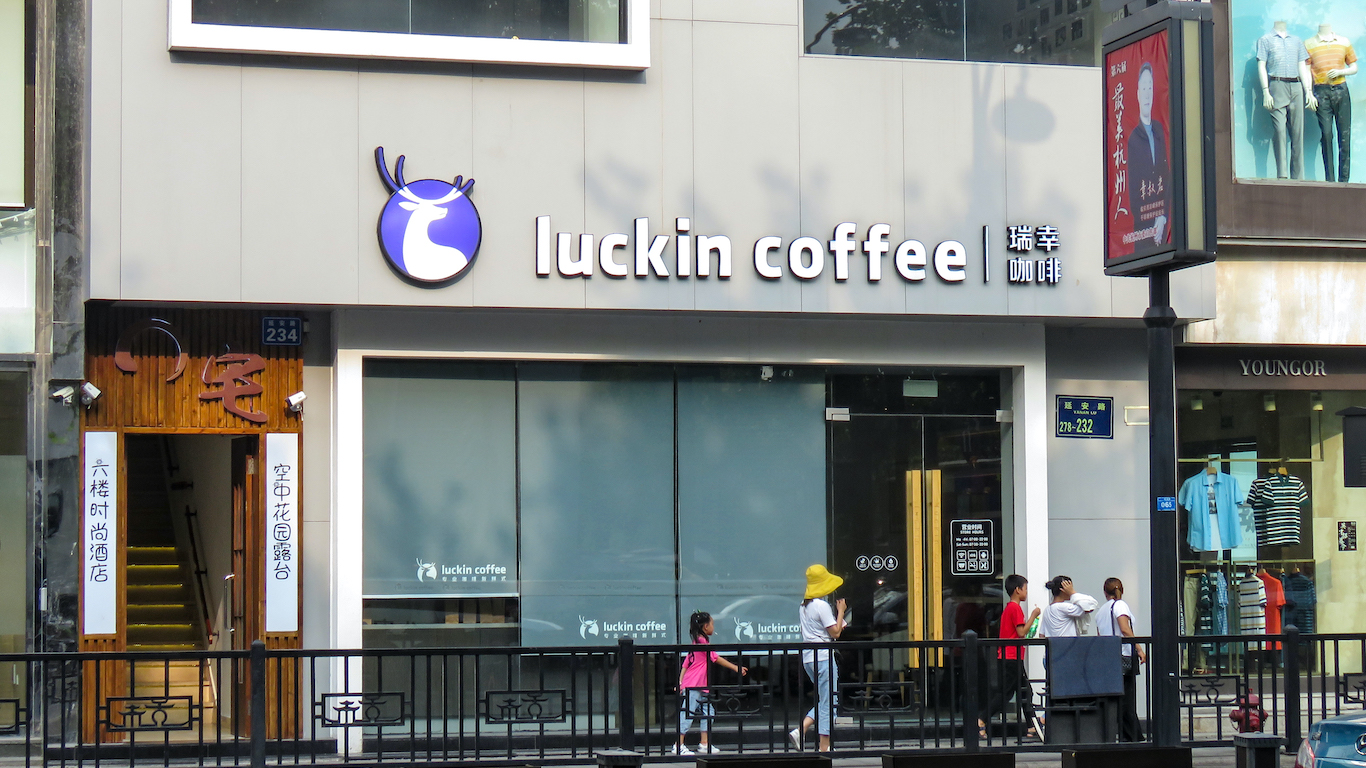 Luckin Coffee Inc. is known as the Starbucks of China. Hedge fund buying has helped support its share price. The company has about 2,500 stores, up from around 2,400 at the time of the IPO in the first quarter. The company plans to double that in the next year. The company went public on May 17.

Luckin Coffee is one of the few major IPOs of 2019 that as of the end of December was trading near the top of its price range. 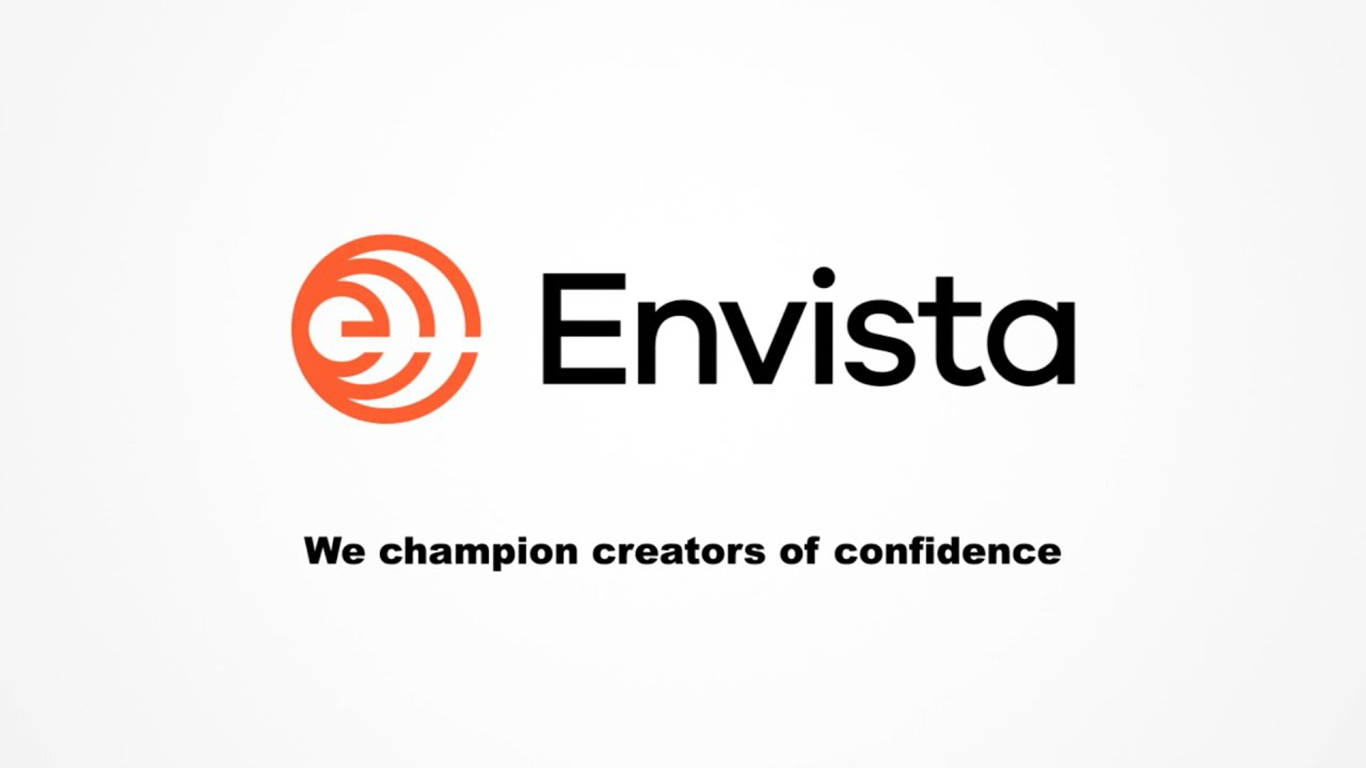 Envista Holdings Corp., a maker of dental products, was spun out of Danaher Corp in September. Danaher makes a variety of medical products. It agreed earlier this year to pay $21.3 billion to acquire GE’s Biopharma business. Shares were issued at $22 and traded recently at around $28.65 per share. 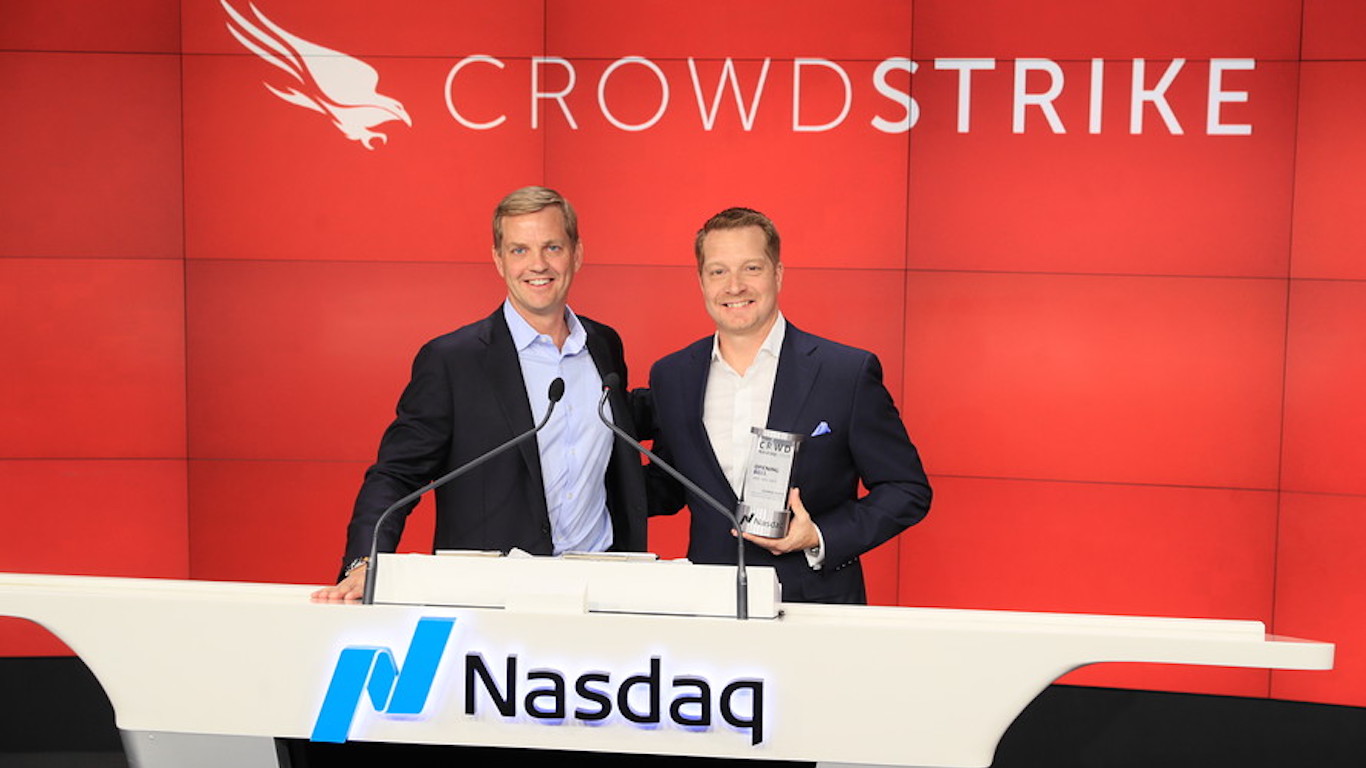 CrowdStrike Holdings Inc. offers cloud-based security services. One of its primary benefits is that it runs on laptops, desktops, servers, and virtual machines. The stock has been buffeted by changing analysts’ calls about the company’s future. The company went public on June 12. It was embarrassed recently when there was a major typographical error in its earnings release that initially lowered shares. When the error was corrected, the stock rebounded.