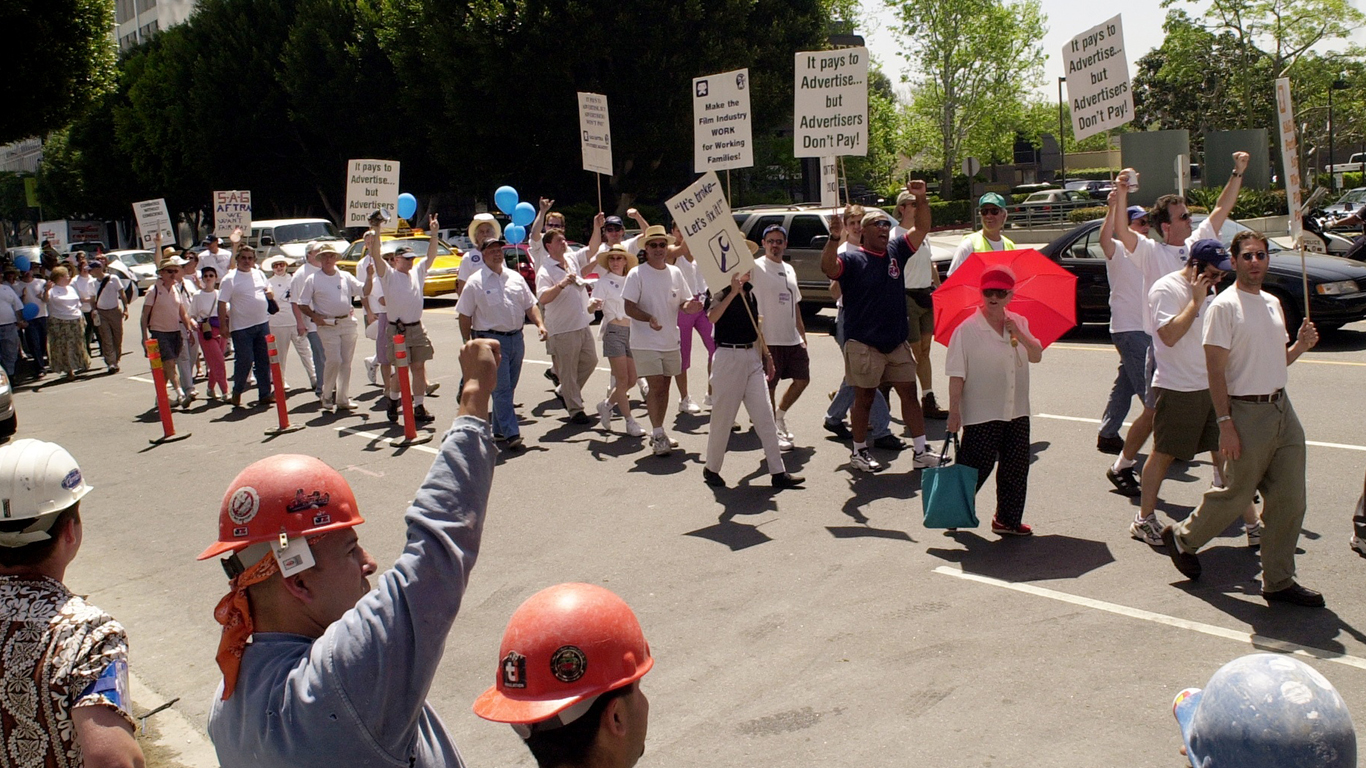 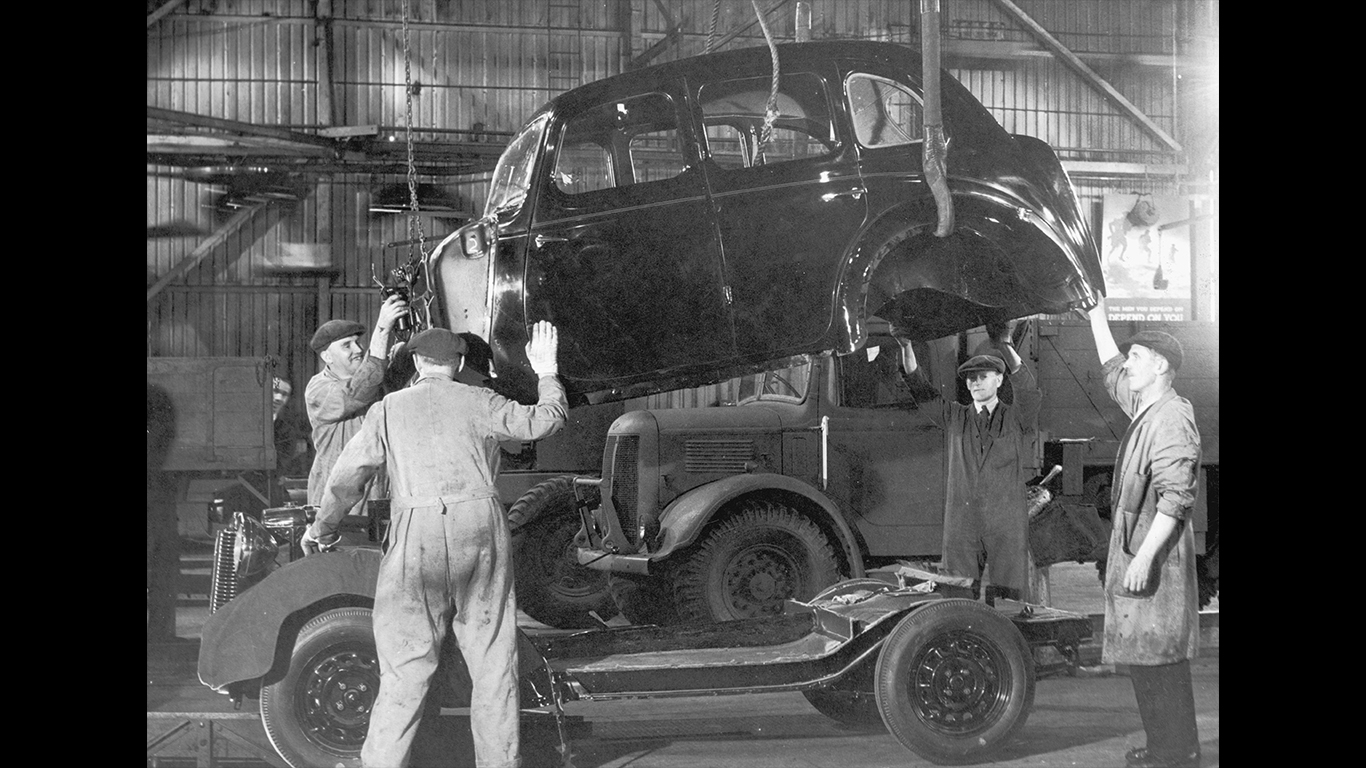 After abiding by a no-strike vow during WWII and deferring wage increase demands, organized labor asked for higher pay once the war ended, and the automobile sector was on exception. The United Auto Workers requested a 30% wage hike in November of 1945. GM countered with a 10% increase. Negotiations reached an impasse, and the laborer began work stoppage. The job action ended when GM said it would give workers a 17.5% pay hike, paid vacation, and overtime pay.

24/7 Wall St.
States With the Strongest and Weakest Unions 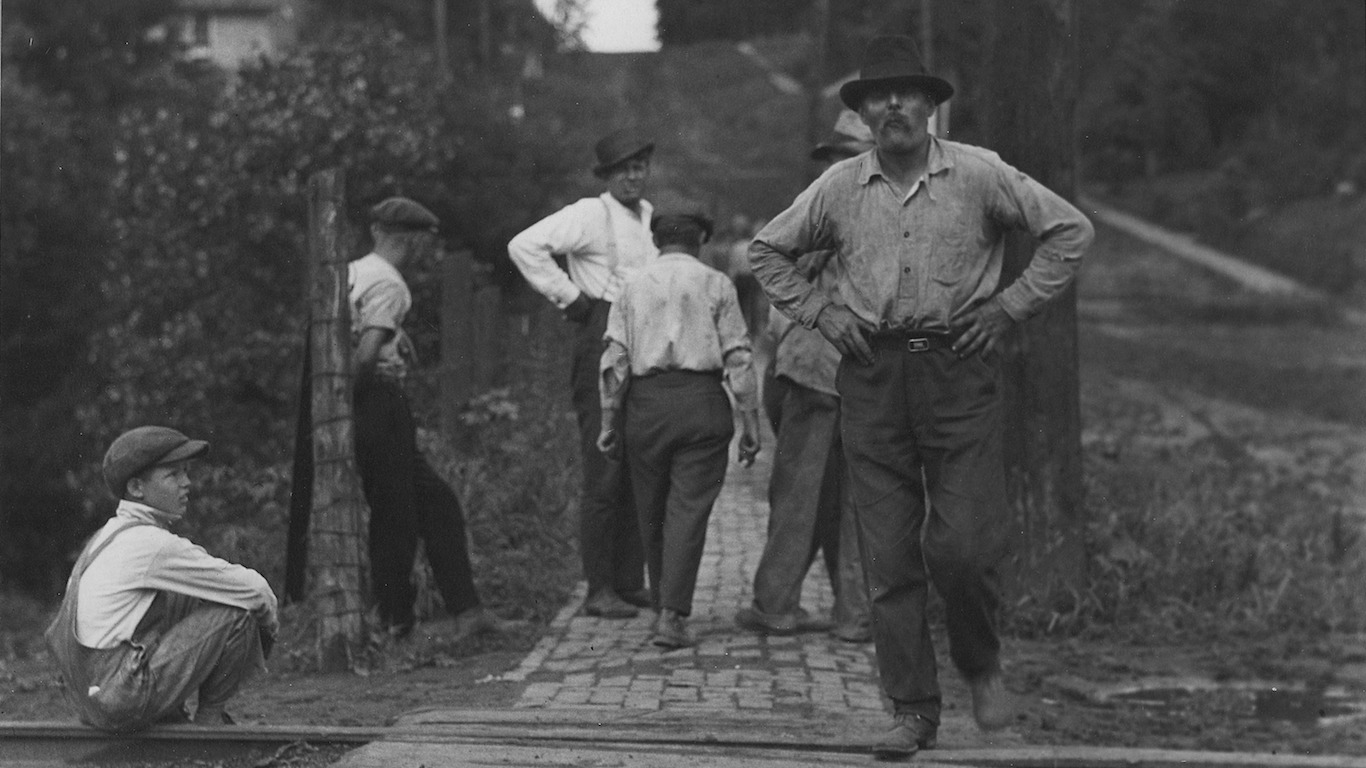 In response to a 12% wage cut, about 400,000 railroad workers went on strike on July 1, 1922. While nearly the largest strike in U.S. history, the workers were ruthlessly broken by various violent measures, including the hiring of 16,000 gunmen, National Guard deployment, and targeted hits by private detectives.

The unrest demonstrated in the Railroad Shop Strike led to the passage of the Railway Labor Act, which provided the right for workers to organize and join unions. 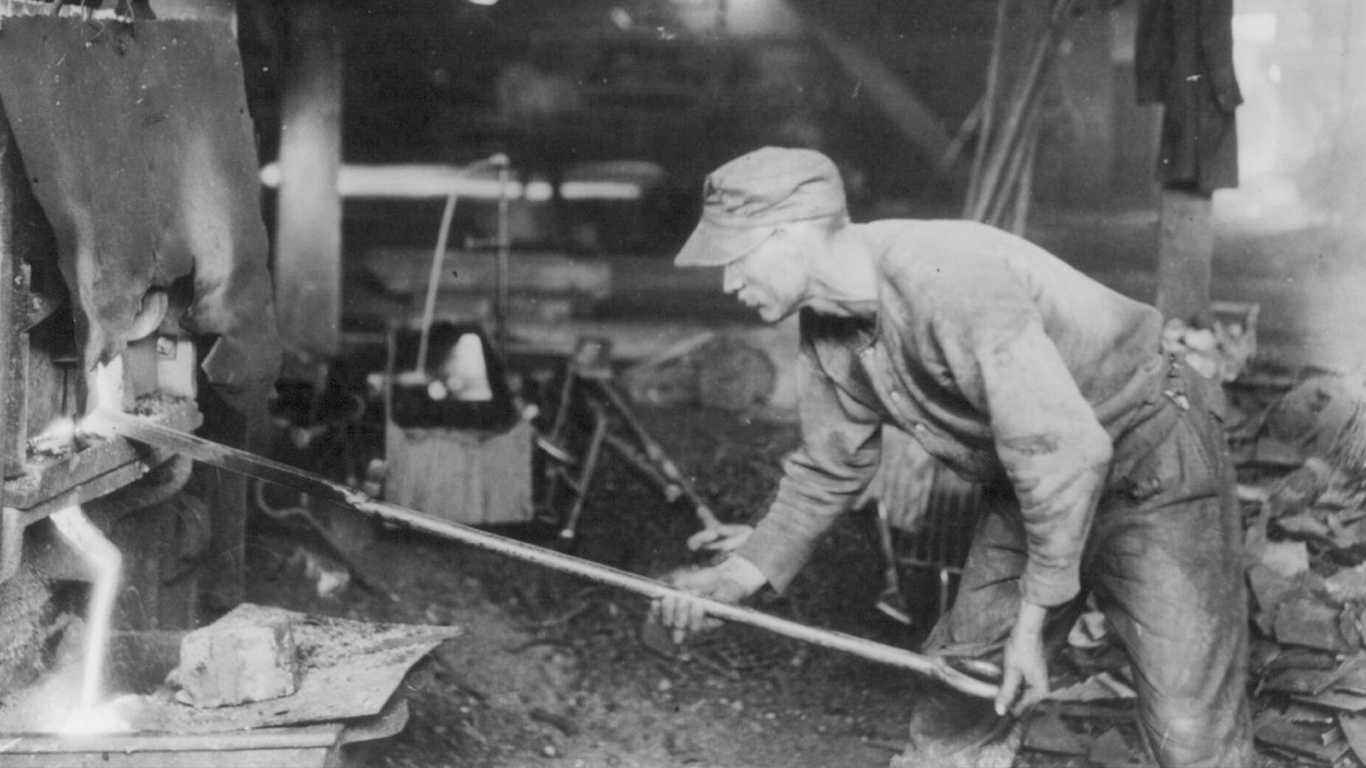 Disagreements between labor and management in the steel industry had been mediated by the War Labor Board during World War I. After the war ended, however, workers claimed companies refused to recognize unions. Workers claimed companies refused to recognize unions. Postwar inflation was also eroding incomes. Steel workers went on strike in September 1919, but the job action was hampered by bad organization as well as ethnic and racial tensions within the steel union. Also, management exploited the public’s fears of Bolshevism. Strikers crossed picket lines, and the strike ended unsuccessfully for the unionized steel workers. 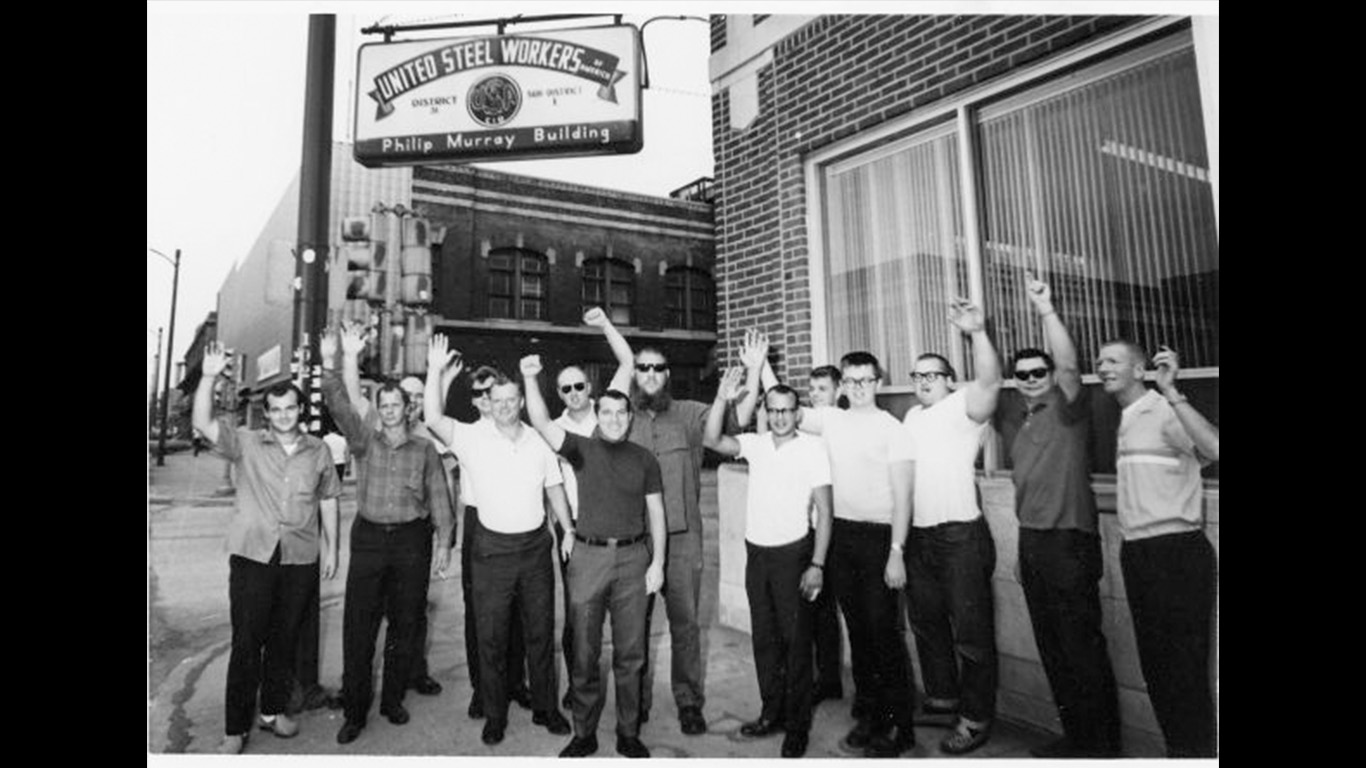 In mid-July, 1959, around 500,000 steel workers walked off the job in defiance of President Dwight D. Eisenhower’s pleas to continue bargaining. The strikers’ goal was to amend a clause in their union contract to give management more control over the number of workers assigned to a task, as well as the power to introduce new work rules or machinery that would affect how many employees or hours were needed.

The union ended up victorious, although the strike is considered to have led to increases in foreign steel imports — a trade pattern that would ultimately hurt American steel workers.