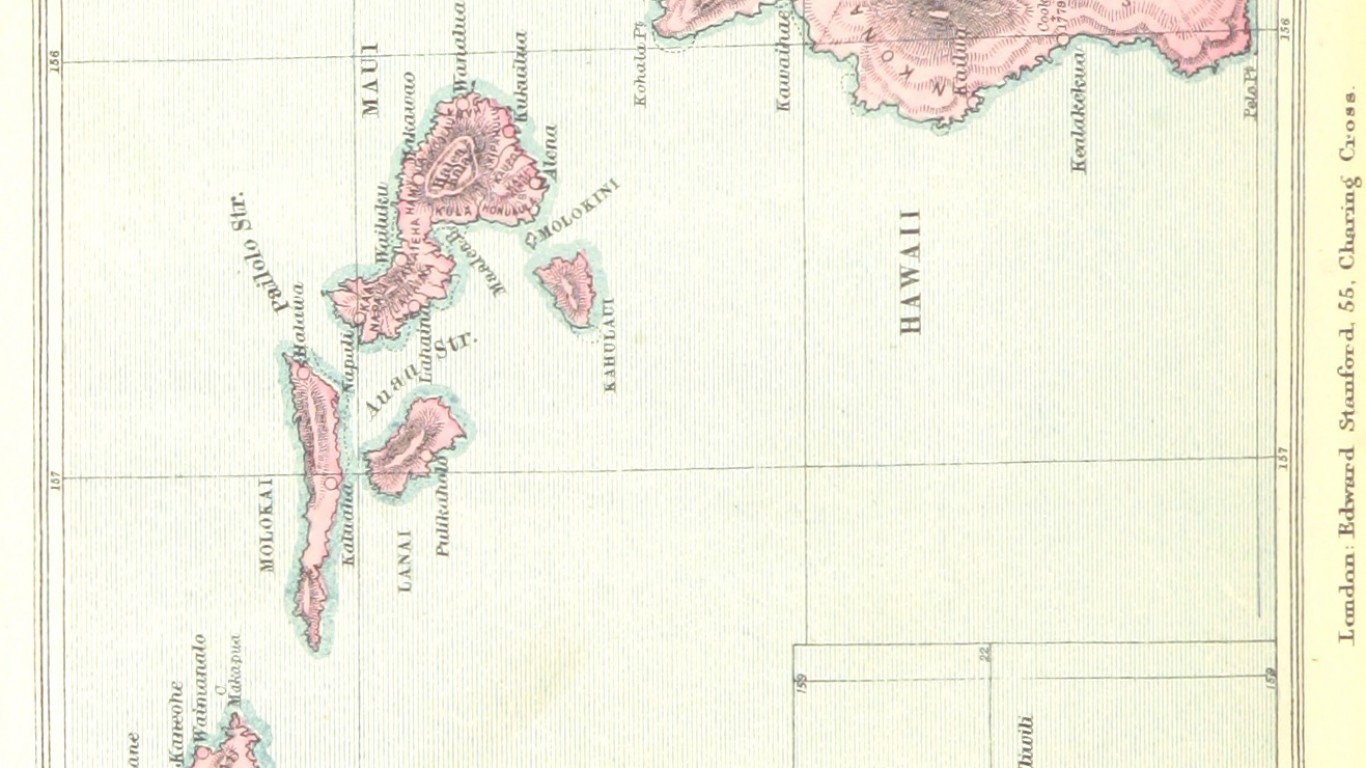 Hawaii was shaped by nature, in this case volcanic activity. The Hawaiian Islands were formed by a hot spot — where Earth’s tectonic plates come together and sometimes create a volcano — in the middle of the Pacific Plate. British explorer James Cook arrived in Hawaii in 1778, and just over 100 years later, the U.S. made Hawaii a territory in 1898. The islands became the 50th state to join the Union. 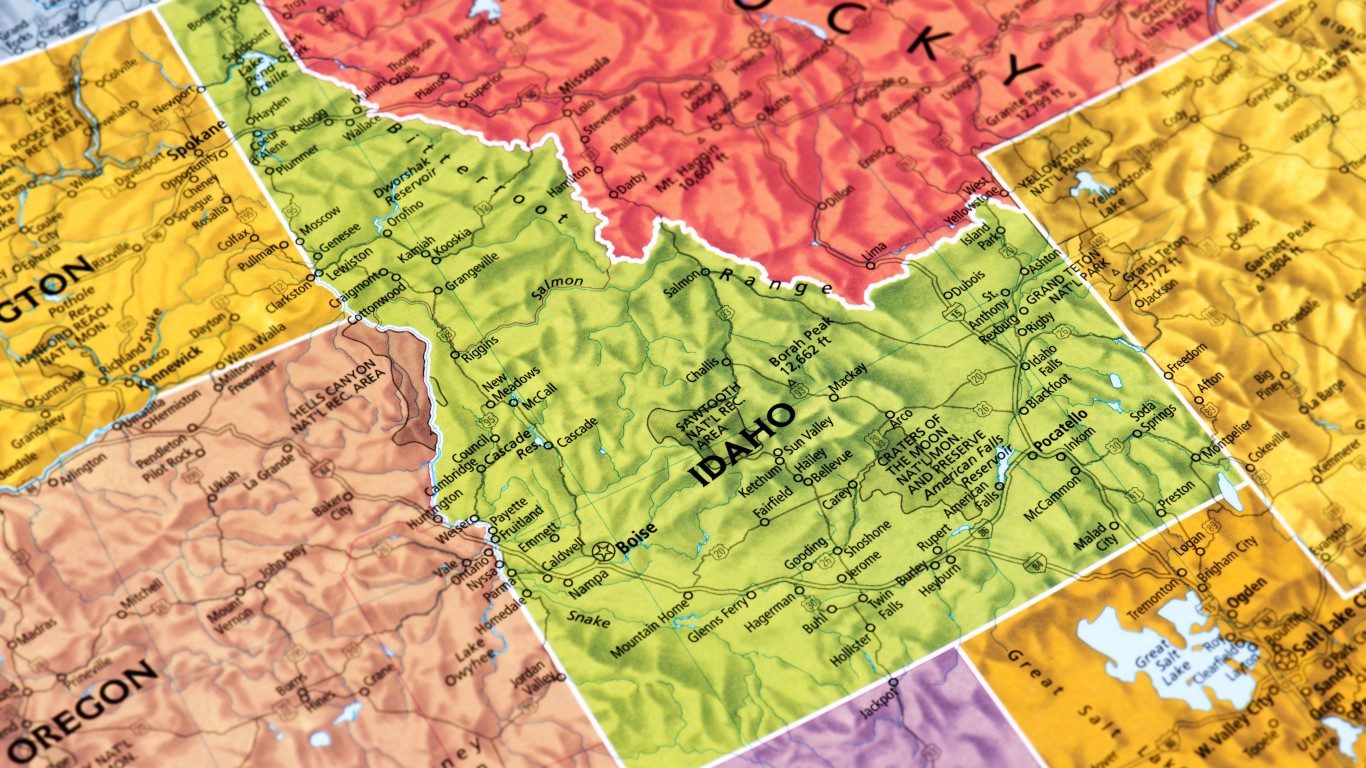 Idaho’s borders changed many times throughout the mid-1800s before finally giving the state its distinctive shape we know today. The land that makes up present-day Idaho was part of the Oregon Territory that was established in 1848 (the territory also included present-day Oregon, Washington, and parts of Montana and Wyoming). Five years later, Idaho’s panhandle became part of the newly-designated Washington Territory. When Oregon became a state in 1859, it had the same borders as it does today, giving Idaho much of its western border.

After gold was discovered in Idaho in 1860, miners began moving east to the area. Concerned about the growing mining country, Washington Territory managed to create the Idaho Territory in 1863, and its western border was established along the 117th Meridian. Idaho eventually obtained its current shape after losing some of its land when the Montana Territory was established in 1864, and it used the Bitterroot Mountains as a boundary, and the Wyoming Territory was formed in 1868. 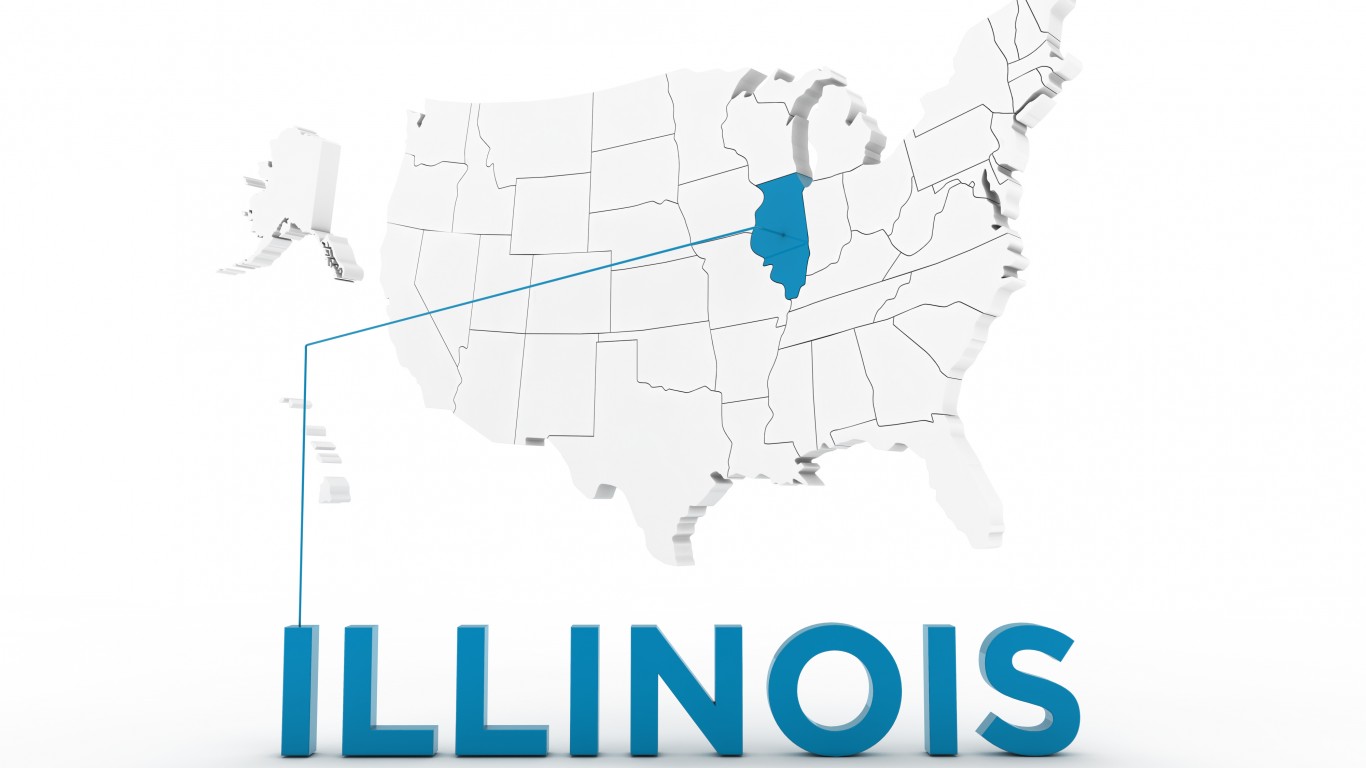 Illinois’ shape was determined by the issue of slavery. When it was a territory, the northern border of Illinois went east-west from Lake Michigan to the Mississippi River. Nathaniel Pope, the Illinois Territory congressional delegate, introduced an amendment to the act of statehood that would eventually move the boundary farther north, adding 8,500 square miles. Pope wanted to keep Chicago in Illinois to strengthen links with eastern states and said a planned canal connecting the Illinois River to Lake Michigan could bring commercial opportunities to Illinois. In 1825, the Erie Canal opened, linking Lake Erie and all the Great Lakes to the Hudson River and New York. Congress accepted Pope’s amendment, changing Illinois’ destiny forever. Moving the borders farther north would also diminish the state’s connection with slave states. 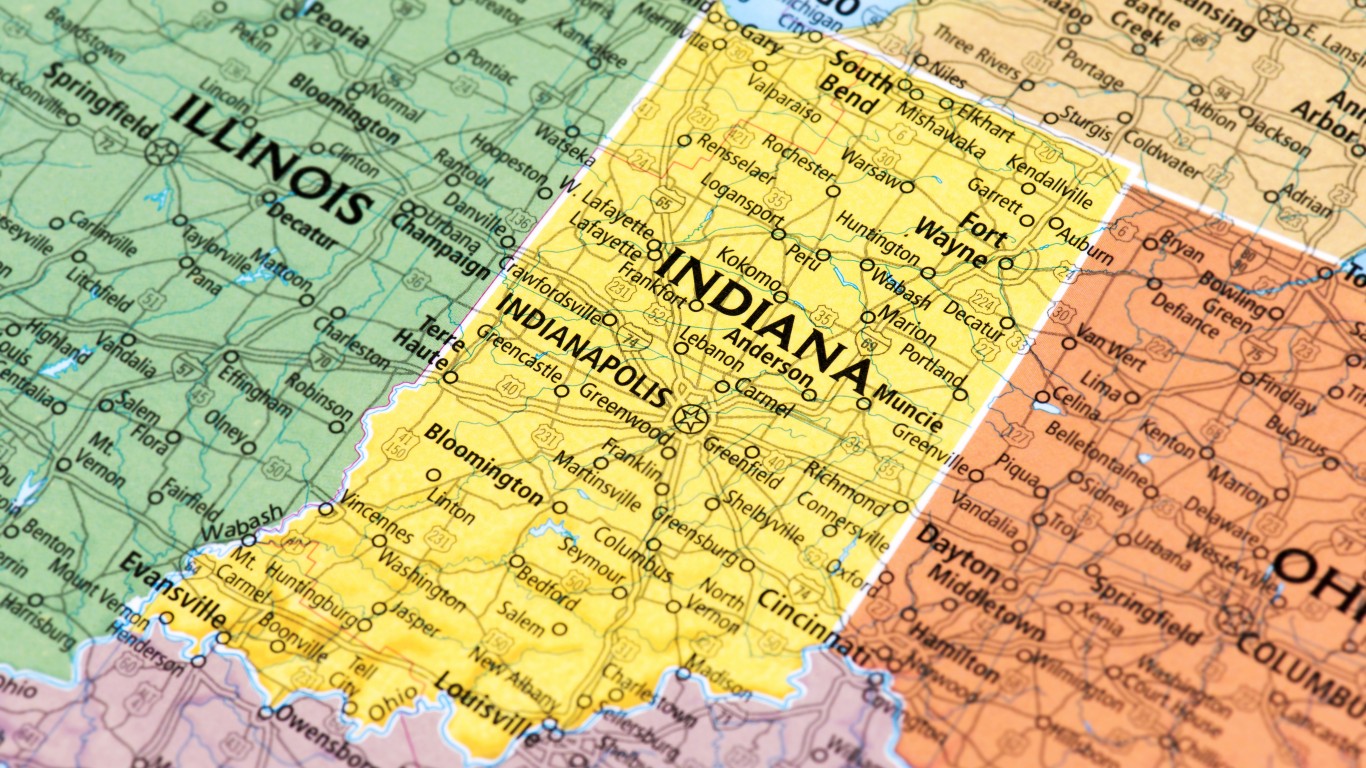 Indiana’s northern boundary was created by the Enabling Act of 1816 that moved the state’s border 10 miles north of the southernmost tip of Lake Michigan. This provided access to the Great Lake. Indiana would continue to have boundary disputes with Ohio and Michigan until the latter became a state in 1837. The Ohio River forms the boundary between Indiana and Kentucky, though the exact border was up for dispute until the Supreme Court settled the matter in 1980. The Wabash River forms the western border of Indiana. 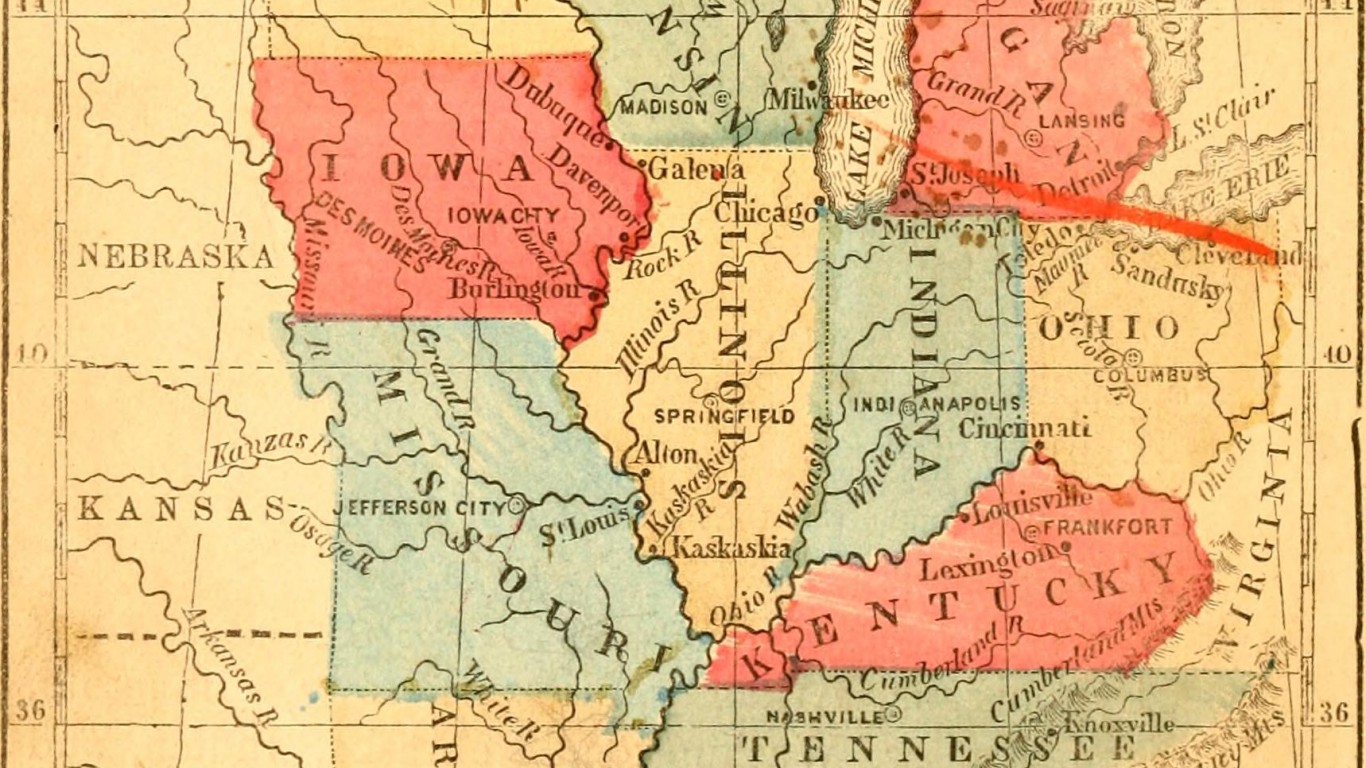 The territory, like many others in the mid-1800s, was forever changed by the fight over slavery. Northerners wanted Iowa and other states in the area to be small and numerous to increase the number of anti-slavery senators from new states, while Southerners wanted the opposite. Eventually, the two sides compromised, moving Iowa’s northern border farther south and allowing the rivers to serve as the longitudinal boundaries.