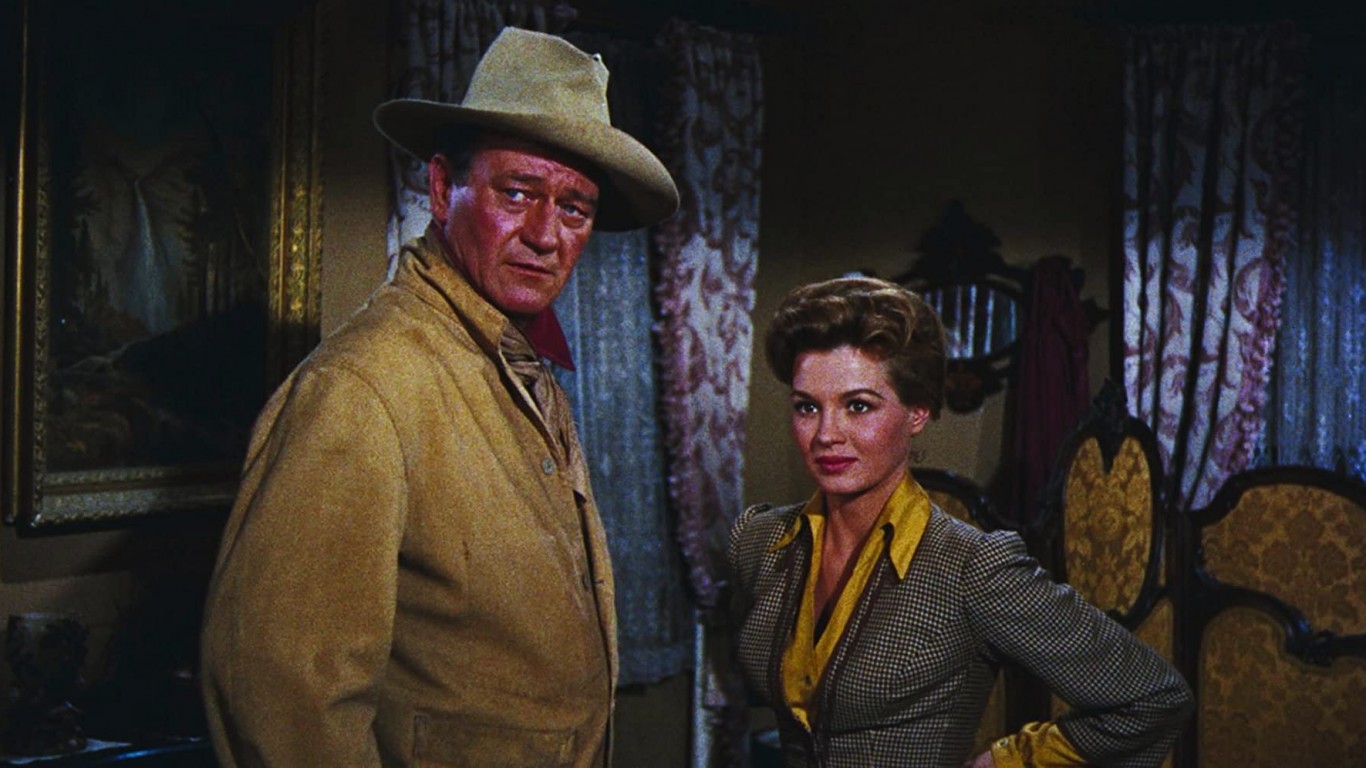 Howard Hawks directed this Western classic that boasts a stellar cast, including John Wayne, Dean Martin, Ricky Nelson, Walter Brennan, and Angie Dickinson. Wayne plays a sheriff who seeks help from an alcoholic, a disabled deputy, and a young gunfighter to bring a murderer to justice. Chicago Sun-Times critic Roger Ebert said, “To watch Rio Bravo is to see a master craftsman at work. The film is seamless. There is not a shot that is wrong.” Critics awarded “Rio Bravo” a 100% Freshness rating on Rotten Tomatoes, and audiences gave it a rating of 91%. Among IMDb users, the film has a rating of 8.0 out of 10. 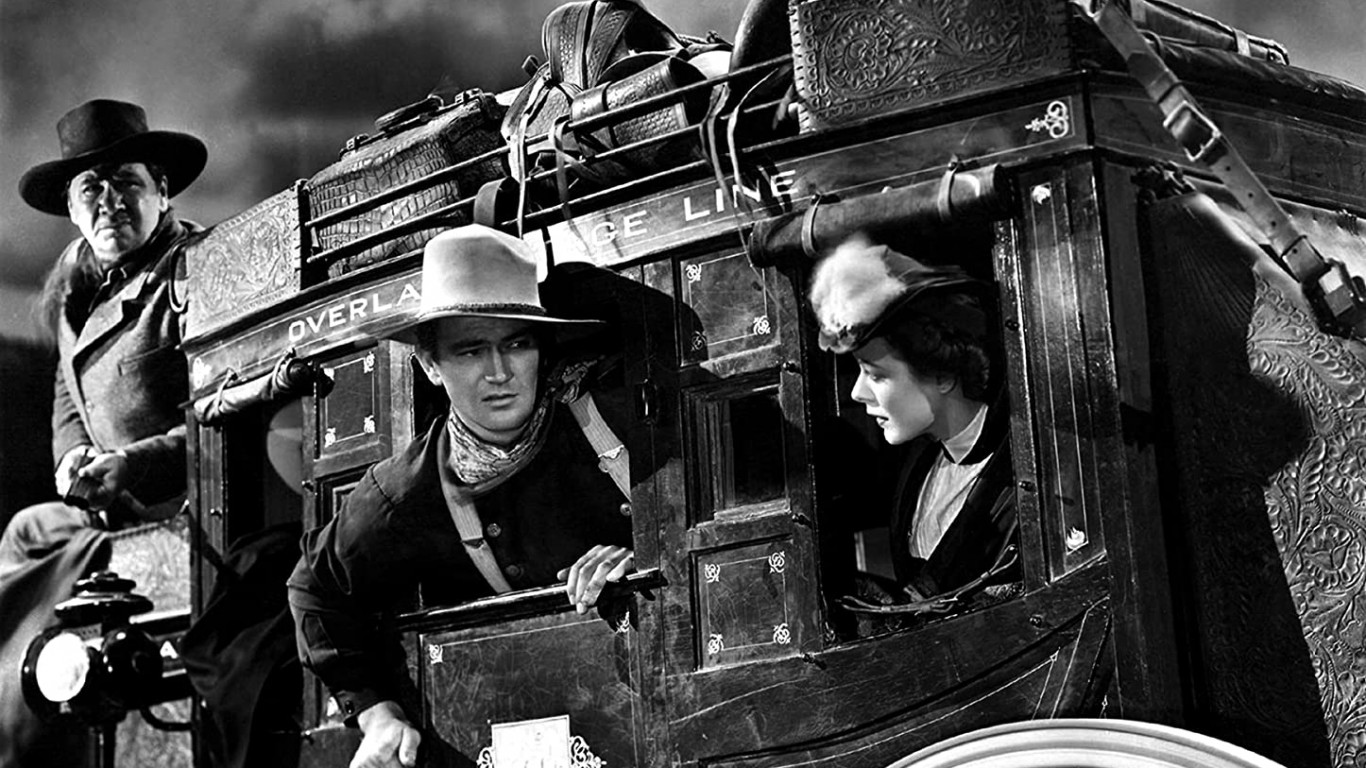 John Ford’s “Stagecoach” was the first of 12 cinematic pairings with John Wayne, and the film helped create Wayne’s enduring persona. Wayne and co-stars Claire Trevor, Andy Devine, and Thomas Mitchell are stagecoach passengers dealing with inner conflict as they try to cross through Native American country. “Stagecoach” was a big budget film at the time and was noteworthy for using Monument Valley as a location. The film has a perfect score among Rotten Tomatoes critics, and 86% of audiences approved of this Western classic.

24/7 Wall St.
Most Famous Cowboys of All Time 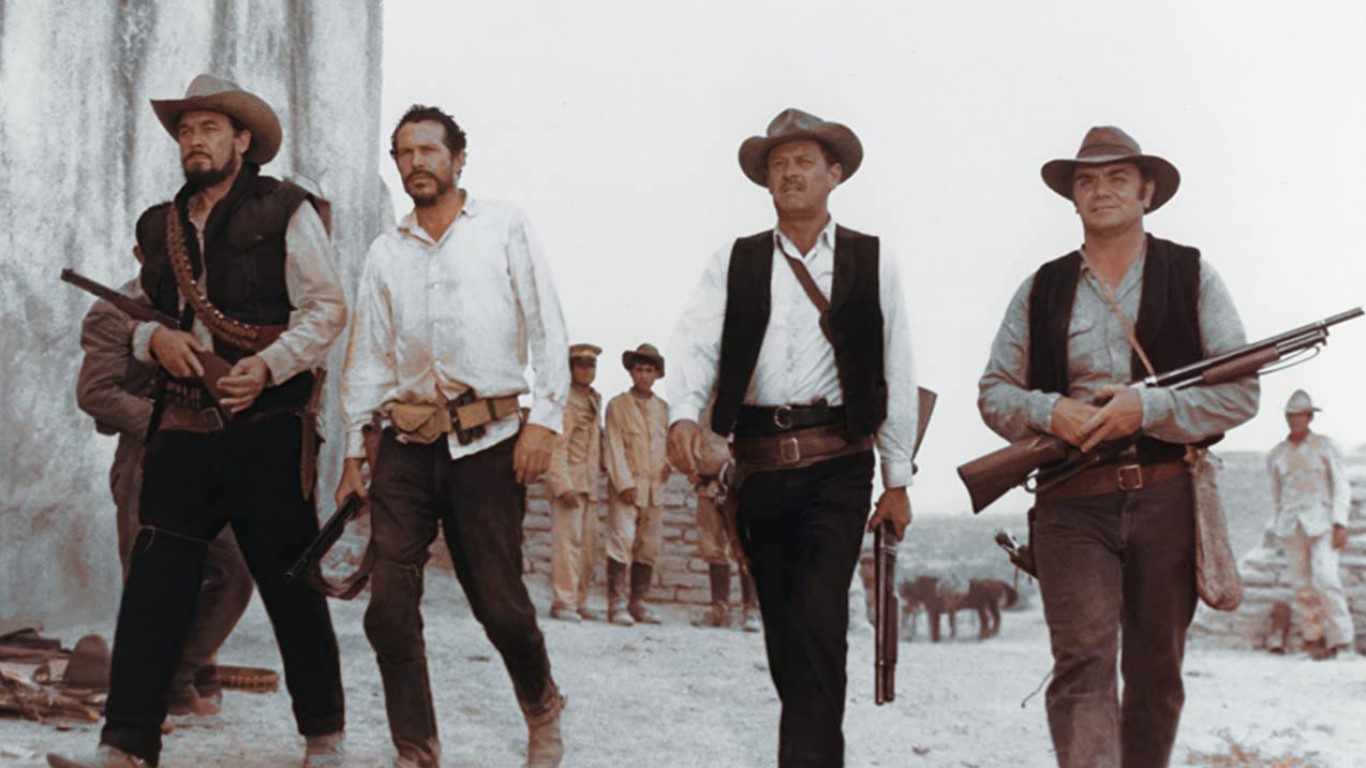 In this carnage-filled offering from director Sam Peckinpah, an aging outlaw (William Holden) gets his gang together — played by Ernest Borgnine, Warren Oates, Edmond O’Brien, and Ben Johnson — for one last robbery in the early 20th century. Unfortunately for the bandits, things don’t go exactly as planned. The film, which is described by Rotten Tomatoes’ Critics Consensus as a “violent ballad to an old world and a dying genre,” has a 92% Freshness rating on the site. 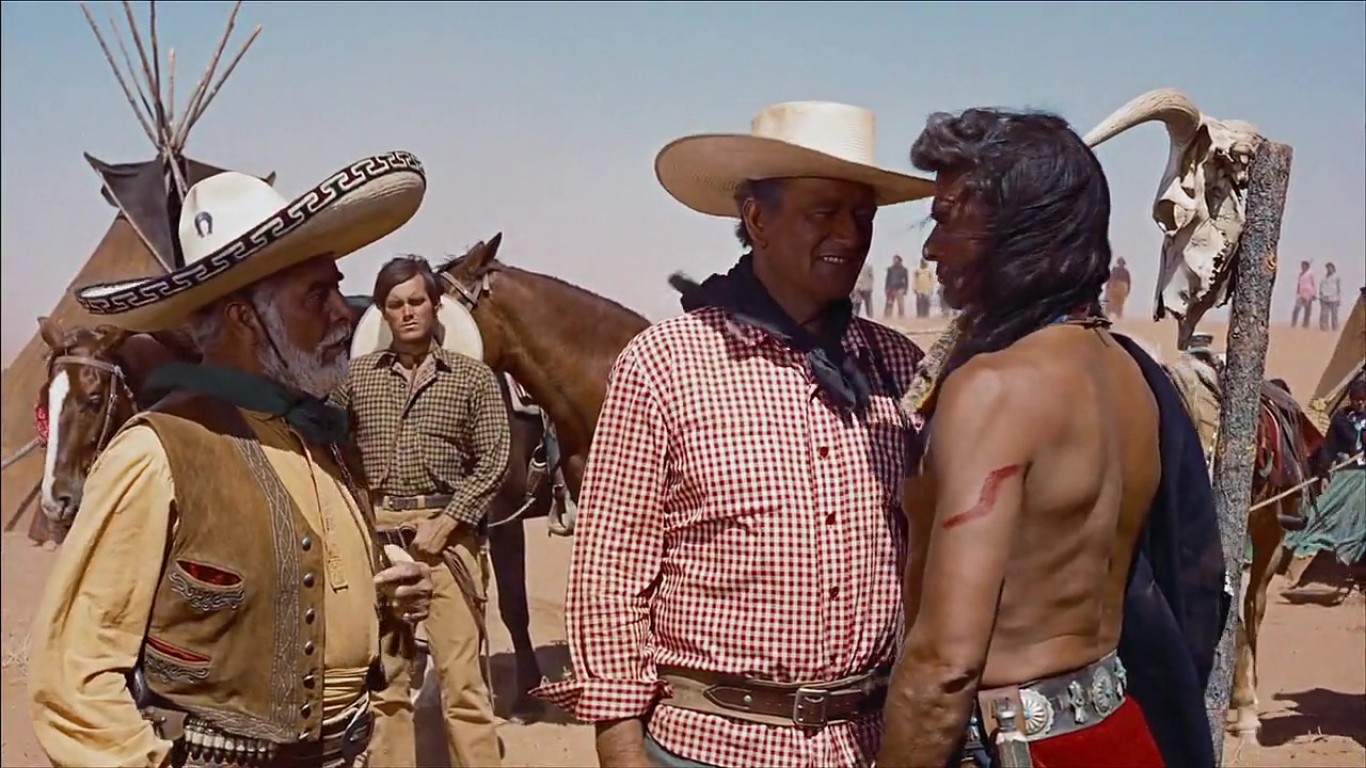 One of John Ford’s masterpieces, “The Searchers” is about the obsession-driven search of ex-Confederate Army soldier Ethan Edwards (John Wayne) for his niece (Natalie Wood), who was abducted by Comanches. The Golden Globe-winner was hugely influential, having an impact on filmmakers including Steven Spielberg, Martin Scorsese, John Milius, and George Lucas. The movie has an exceptional 98% Freshness rating on Rotten Tomatoes. 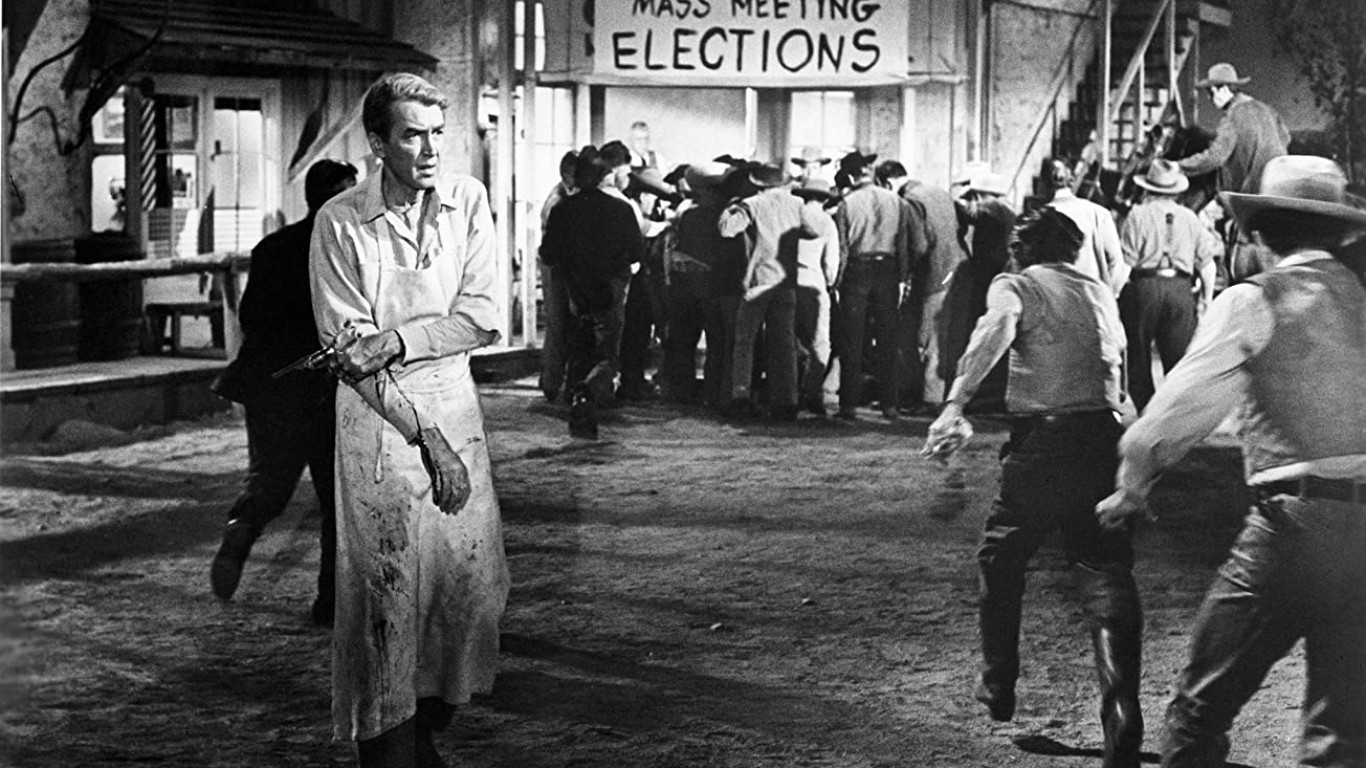 “The Man Who Shot Liberty Valance” is about an idealistic lawyer, played by James Stewart, who prefers justice to violence, but his hand is forced because of a sociopath outlaw played by Lee Marvin. John Wayne, paired again with director John Ford, teaches Stewart his gunfighting skills. The supporting cast includes Edmond O’Brien and is rich in character actors such as Andy Devine, John Carradine, and Lee Van Cleef. On Rotten Tomatoes, the flick received positive reviews from 93% of critics and 92% of users.