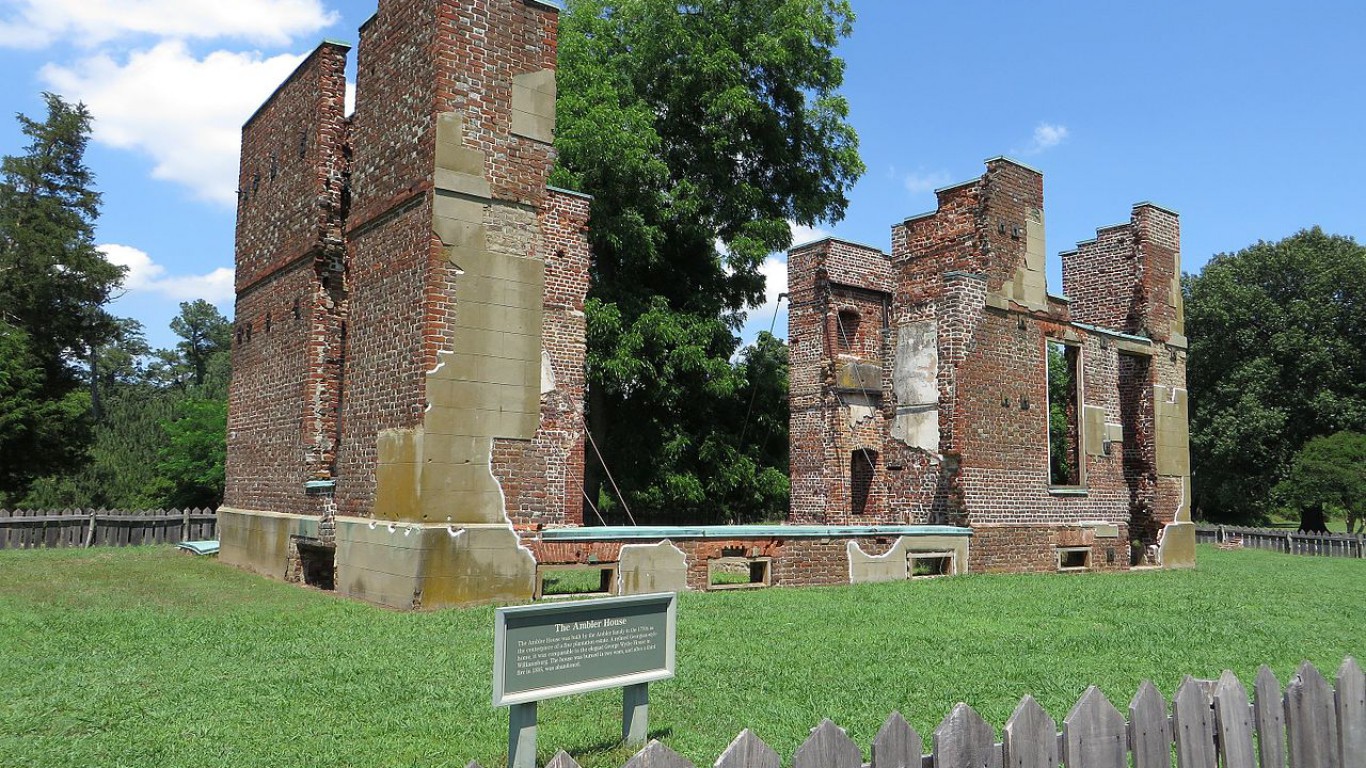 Early attempts by the English to establish a colony in the New World had failed, including the “lost colony” of Roanoke in 1587. The English tried again in 1606. King James I issued a charter to the Virginia Company to create a settlement in the New World. About 100 colonists in three ships reached a peninsula on the James River on May 14, 1607. The early settlers fought off hunger and illness, and council leader John Smith forged an understanding with Native American Chief Powhatan. More settlers and supplies came to support the colony to finally secure England’s toehold in the New World. 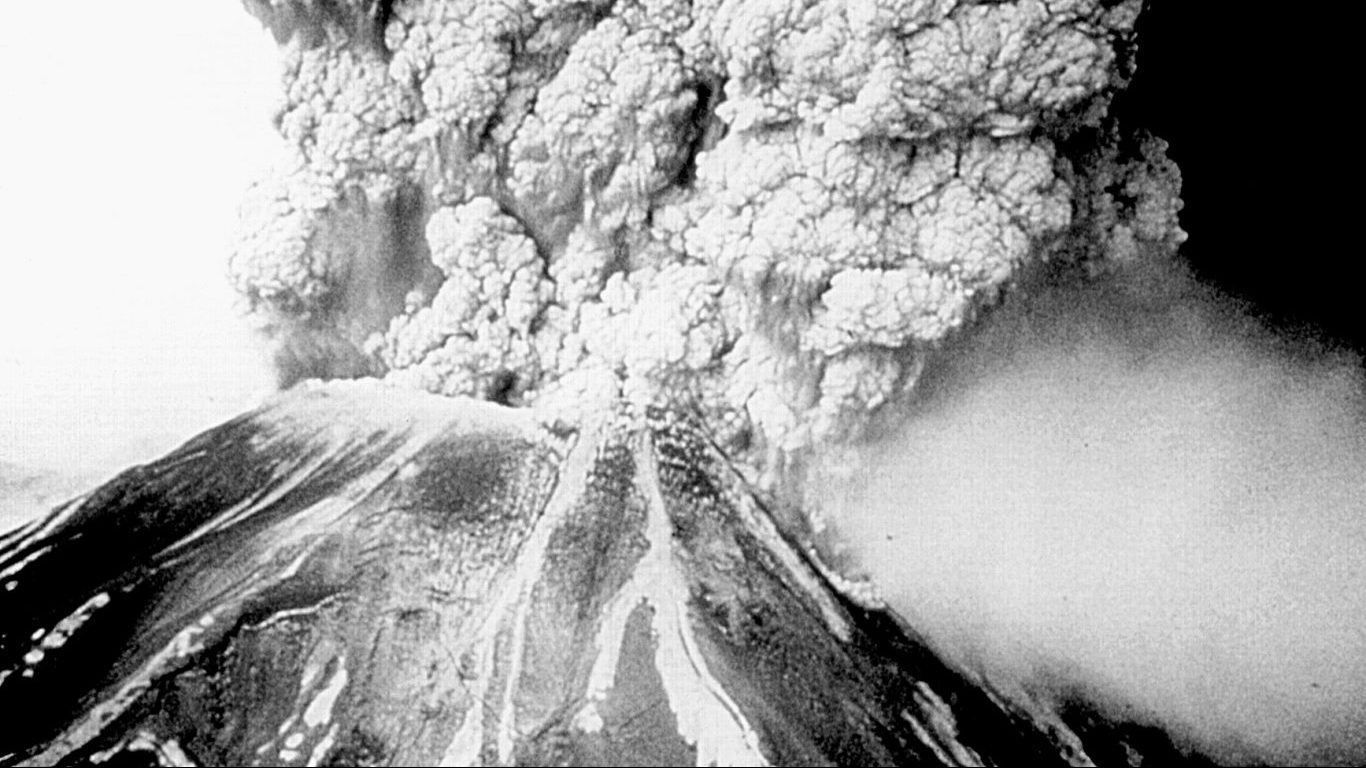 The 1980 eruption of Mount St. Helens remains the largest volcanic event in U.S. history. The explosion was triggered by an earthquake underneath the mountain. It caused huge clouds of ash and pyroclastic flows. It also triggered the largest landslide in recorded history.

The volcano, located in the Cascade Mountains, tossed more than 500 million tons of ash into the air and blotted out the sun hundreds of miles away. All told, 57 people were killed as a result of the eruption. 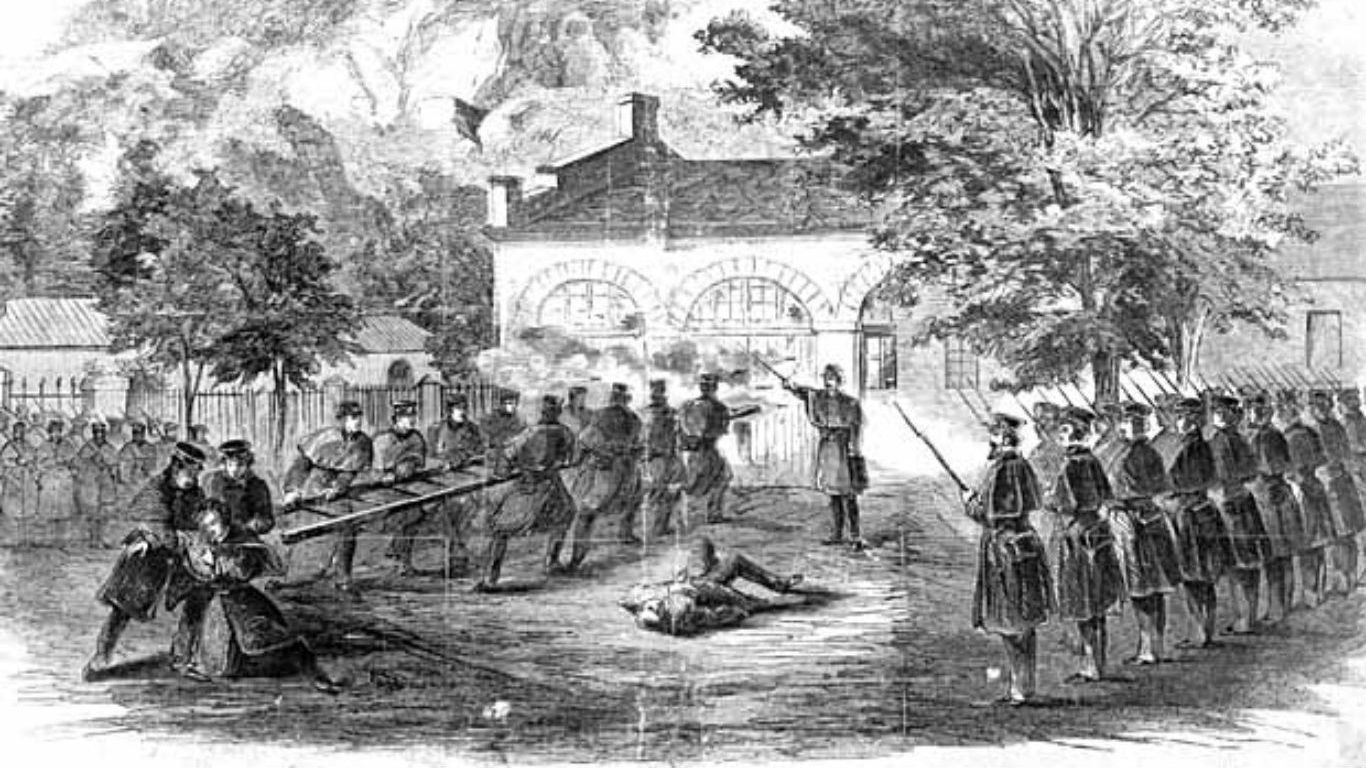 John Brown’s raid on Harpers Ferry was one of the key incidents leading up to the Civil War. Brown, an abolitionist, came to Harpers Ferry to seize the federal armory and arsenal there. He hoped his action would cause slaves to rise up in rebellion. But the local militia resisted and U.S. Marines, led by Colonel Robert E. Lee, arrived and killed many of the raiders and captured Brown. He was tried for treason, murder, and slave insurrection against the state of Virginia (West Virginia was not its own state yet) and hanged. 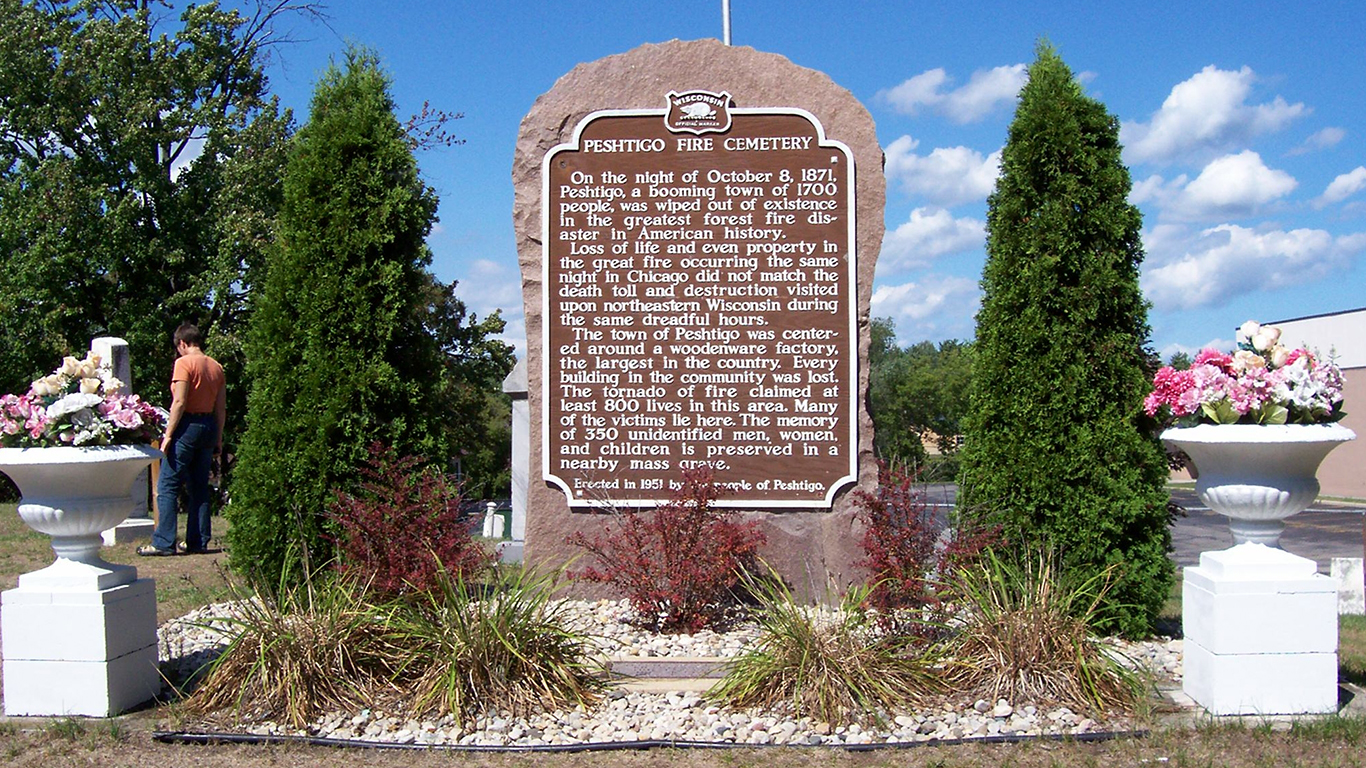 The most destructive and deadly fire in U.S. history took place in Wisconsin and Michigan in 1871. The Peshtigo Fire killed at least 1,200 people, though some estimates place the death toll at over 2,000.

The area around Peshtigo was largely supported by logging, so sawdust and branches littered the surrounding forest. The summer had been unusually dry in Wisconsin, putting the area at huge risk of fire. The blaze started on Oct. 8 and moved so quickly that many people were unable to outrun it. It just so happens the Peshtigo Fire took place on the exact same day as the Great Chicago Fire. Recovery efforts of the American people, including Wisconsin’s governor were initially focused on Chicago, so Peshtigo never recovered. The event is largely forgotten to this day. 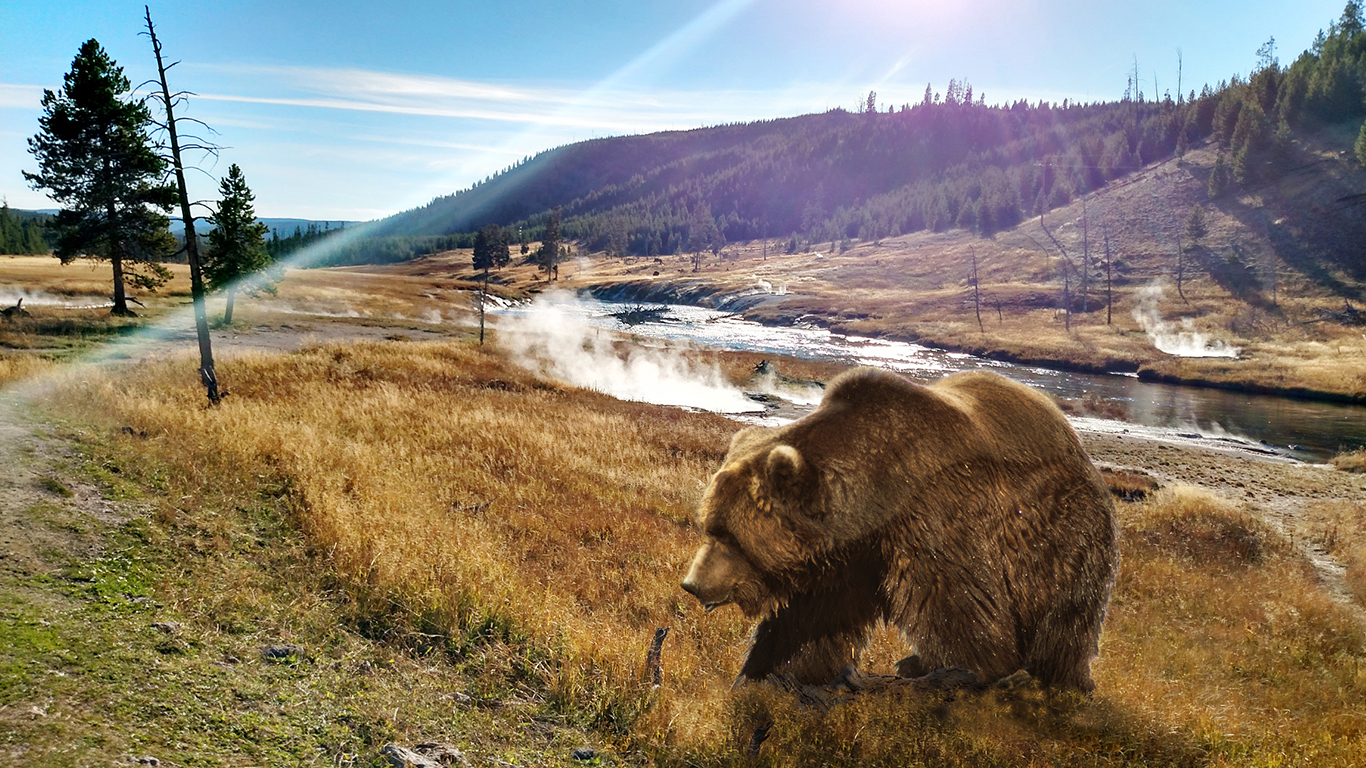 Yellowstone National Park isn’t just the first national park in the U.S., but also in the world. According to legend, explorers came to Madison Plateau in 1870. Struck by the beauty of the place, they decided Yellowstone needed to be preserved.

It’s unclear if that story is true, but President Ulysses S. Grant did sign a law establishing the park in 1872. Yellowstone stretches well over 3,000 square miles, almost all of it in Wyoming. It’s also home to Old Faithful, a world famous geyser.