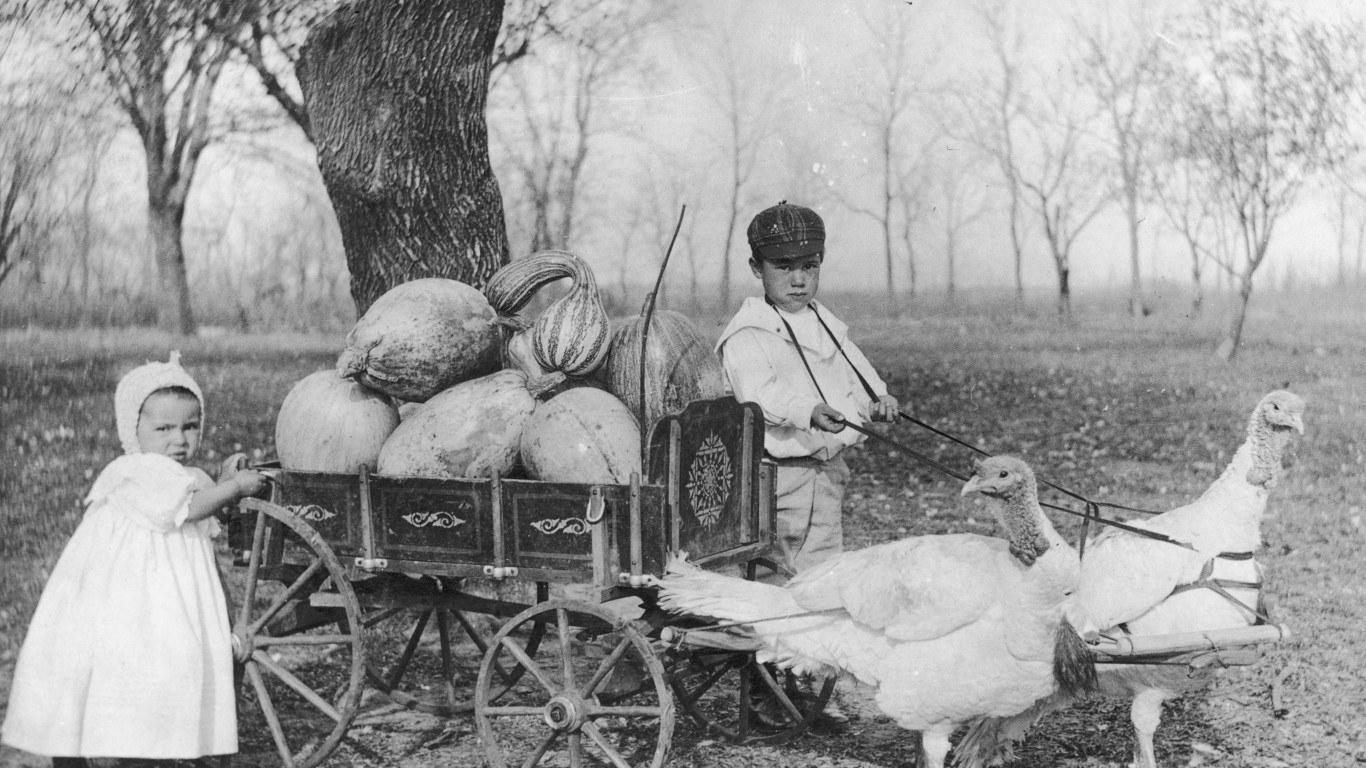 Fanciful portraits of children were popular in the 19th century. This one shows a young boy and girl with a cart full of pumpkins and gourds “pulled” by a couple of turkeys, who almost certainly wouldn’t have remained in harness for long. The source for this image dates it from about 1840. If that’s correct, it would be a very early example of such portraits, as commercial photography (in the form of daguerreotypes) was introduced to the world only in 1839. 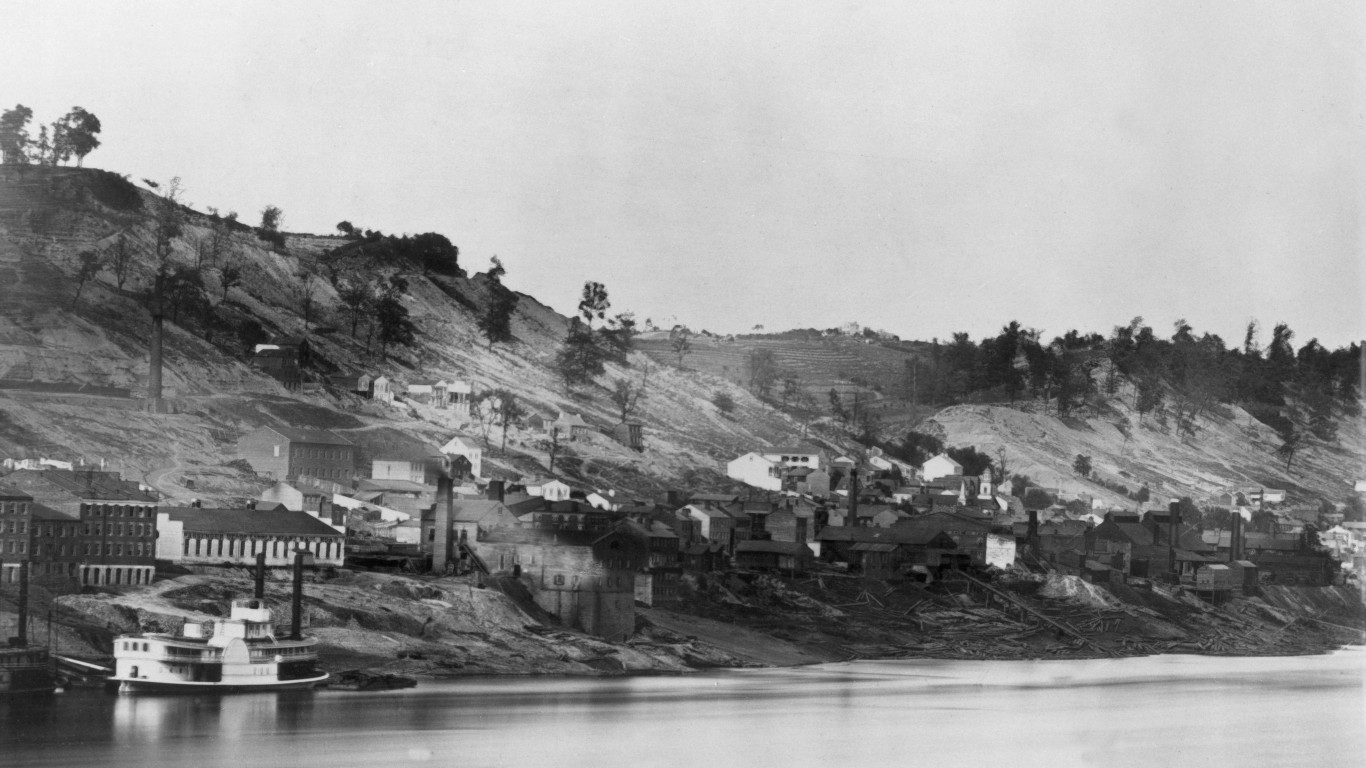 1848: Steamboat on the Cincinnati waterfront

Growing out of a settlement founded in 1788, Cincinnati was the first major American city established after the Revolutionary War. It was a boomtown during much of the 19th century, thriving after the introduction of steamboats on the Ohio River in 1811, with pork and hay as its major exports. The shift from steamboats to railroads as the principal means of moving freight in the late 19th century slowed the city’s economic growth. 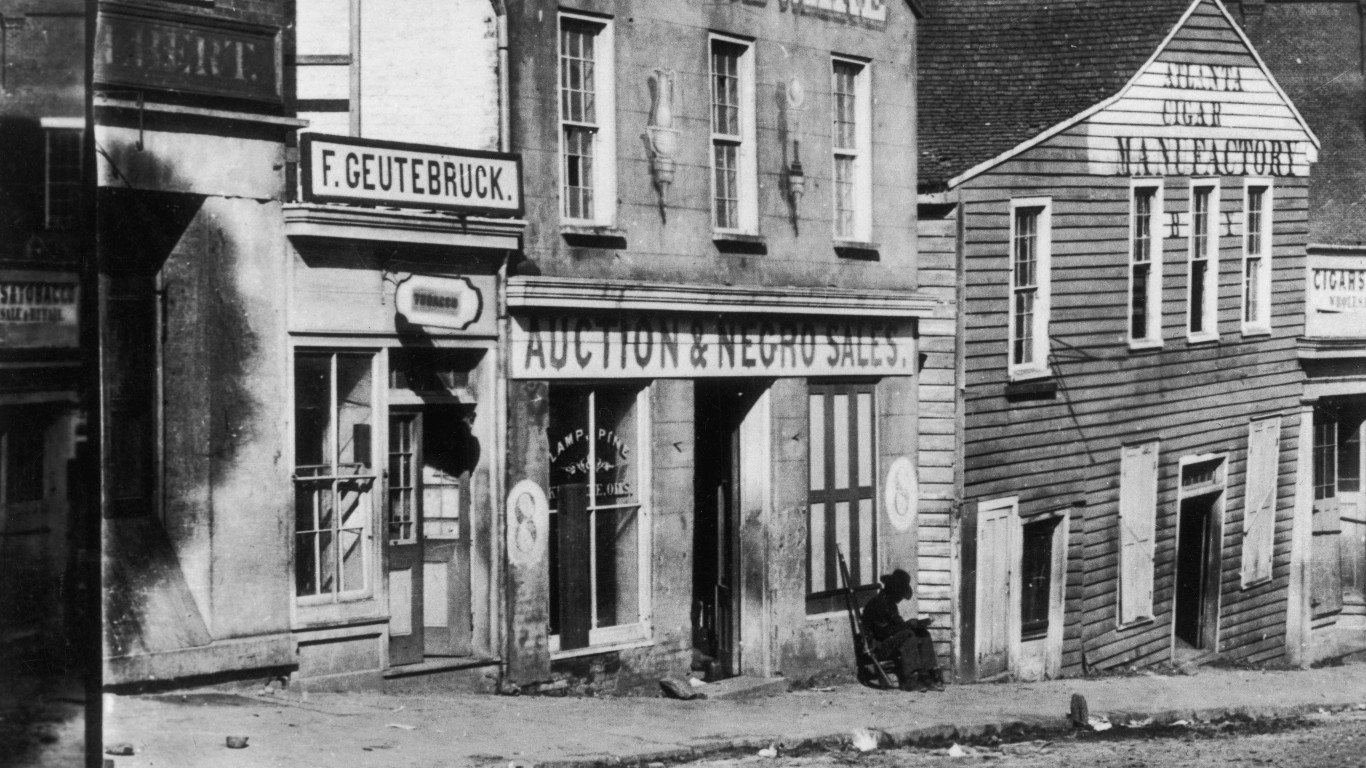 This store on Atlanta’s Whitehall Street, seen in the pre-Civil War years, doubled as a slave market. The man with the rifle sitting outside to the right of the entrance was presumably a guard. The photographer was George Norman Barnard, who later became the official army photographer for Gen. William Tecumseh Sherman’s Military Division of the Mississippi.

1859: Cottages on the Hudson River

This photograph of cottages between the railroad tracks and the Hudson River, at West Point, New York, was originally part of a stereoscopic image taken by a noted Victorian-era English photographer, William England. The shots he took on a tour of America and Canada in 1859 were among the first photographic views European audiences had of North America. 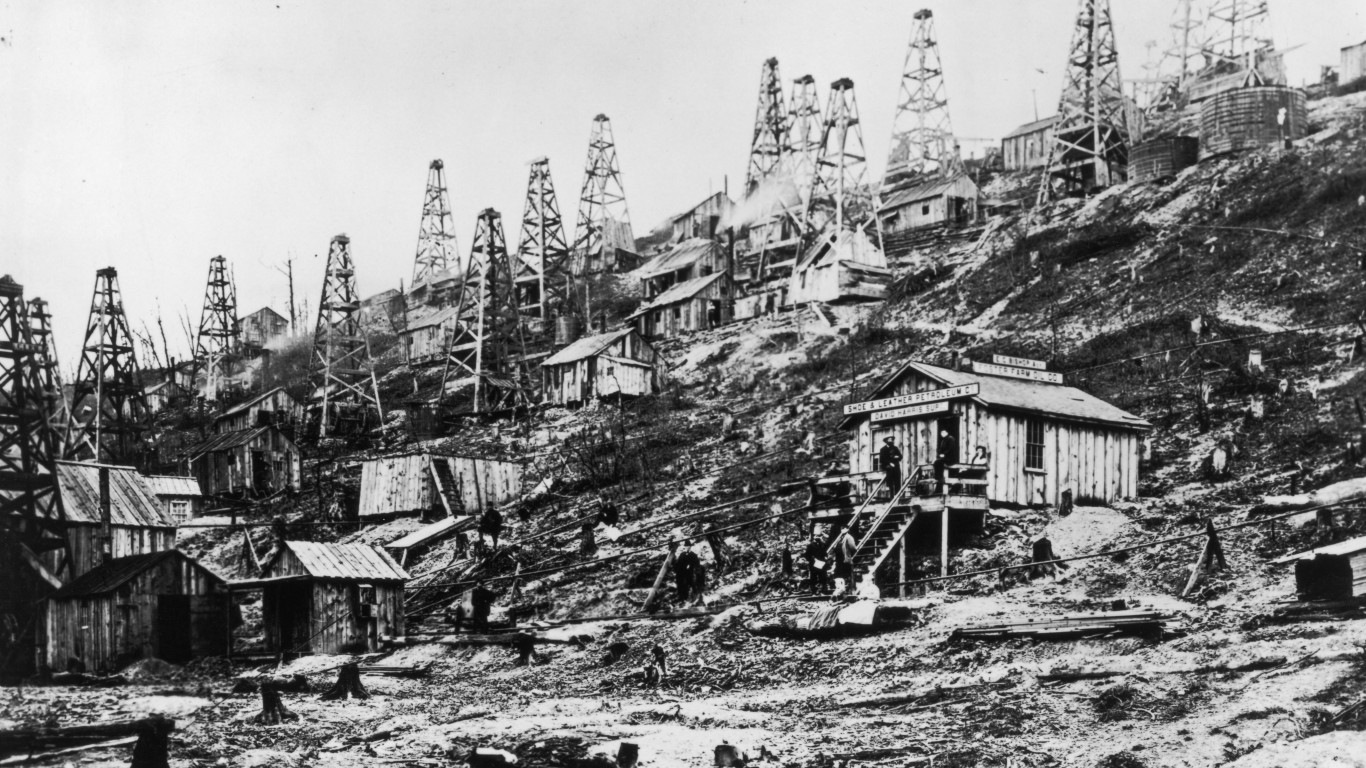 The first oil well in the U.S. was drilled by a New York businessman named Colonel Edwin Drake in 1859 at the confluence of Oil Creek and Pioneer Run, southeast of Erie. By the mid-1860s, dozens of additional wells had appeared on the site. A local photographer, John Mather, documented the scene with this and other photographs. Note the signage for the curiously named The Shoe & Leather Petroleum Company.