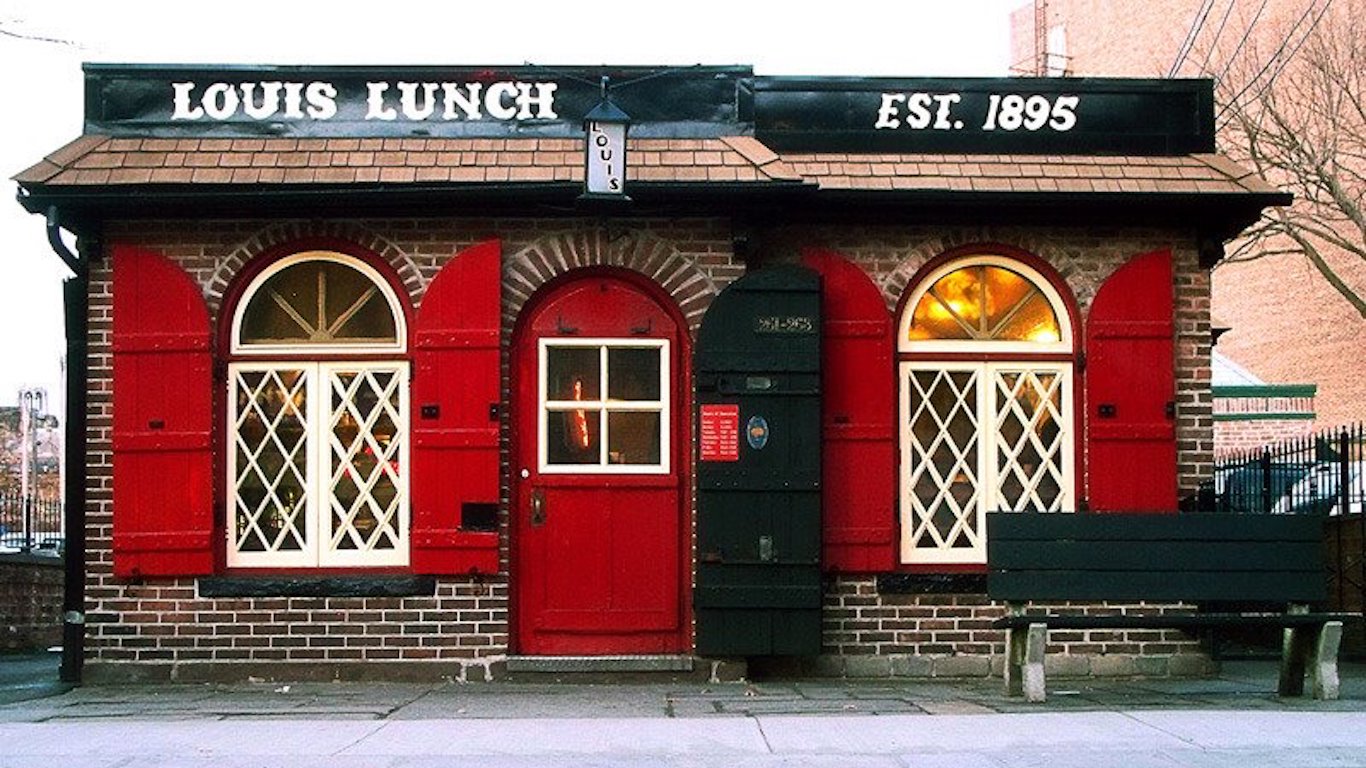 Originally a walk-in lunch wagon, Louis’ is one of several establishments that claims to have invented the hamburger — in its case a ground meat patty slapped between two pieces of toast, supposedly improvised on the spot for a customer in a rush in 1900. The restaurant moved into its present building in 1917, and when it was threatened with demolition in the early 1970s, the entire structure was moved to its current location. Founder Louis Lassen’s great-grandson still runs the place today. 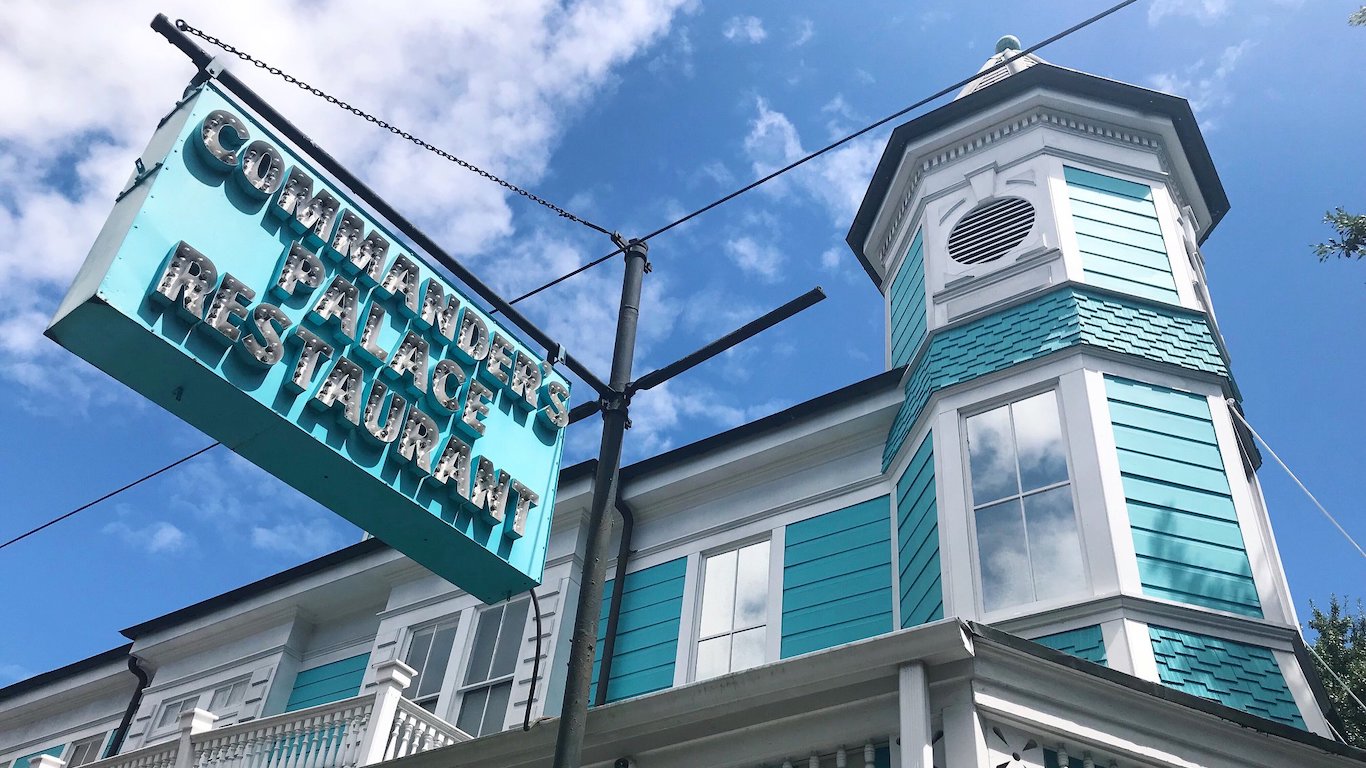 This Big Easy classic was opened as a saloon and restaurant by one Emile Commander (a name Americanized from his Italian father’s name, Camarda.). The Brennan family, New Orleans restaurant royalty, took the place over in 1974. Among the notable chefs who have run the kitchen since then are Paul Prudhomme, Emeril Lagasse, and Frank Brigtsen. Complex modern Creole food (Cognac-flambéed crawfish with cornbread spaetzle, blue-crab-crusted flounder with marinated artichokes) is the focus.

24/7 Wall St.
The One Can’t-Miss Restaurant in Every State 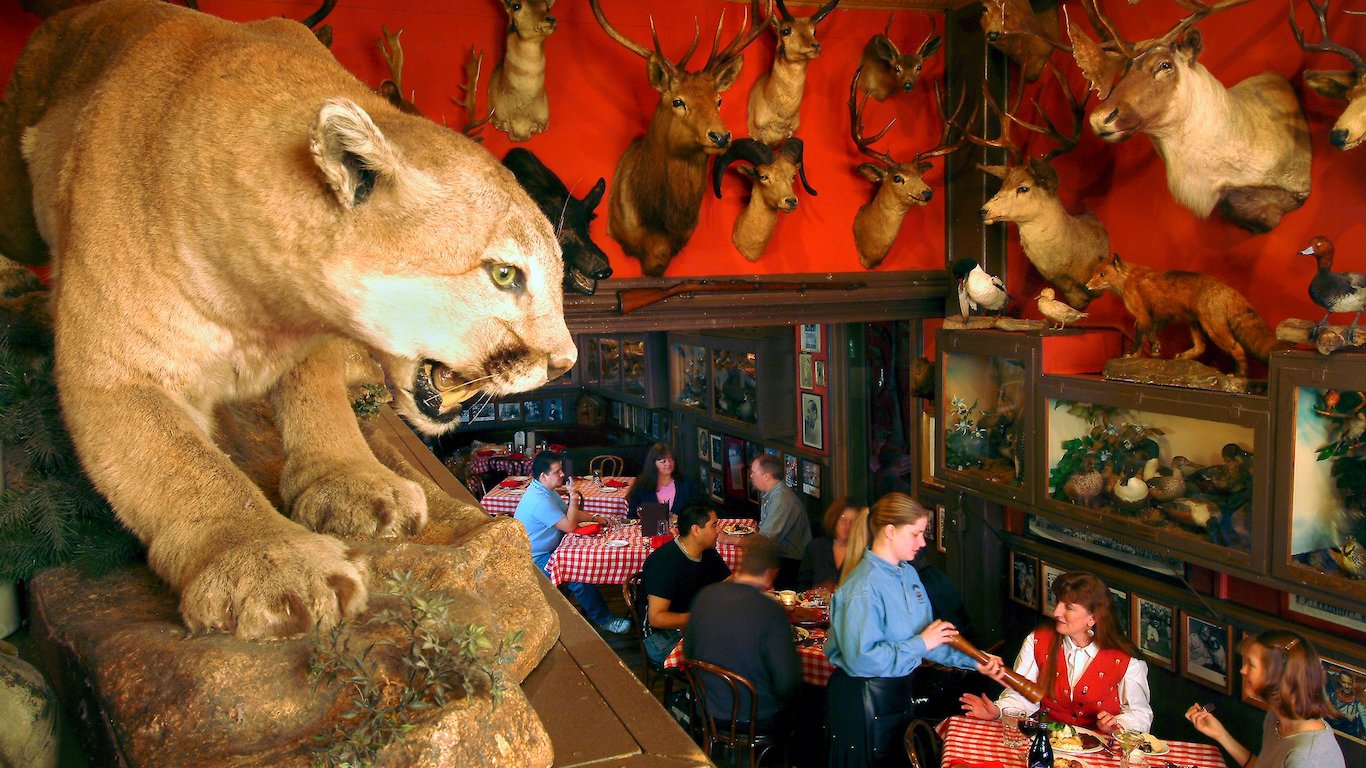 Source: Courtesy of The Buckhorn Exchange Restaurant via Facebook

The holder of Colorado liquor license No. 1, the Buckhorn was founded by a one-time scout for Buffalo Bill Cody, Henry H. Zietz. His son, Henry Jr., took the place over after Zietz died in 1949, selling it to a group of local investors in 1978. Steaks (both beef and buffalo), elk, quail, and sometimes ostrich and yak are on the bill of fare. Due to COVID restrictions in Denver, the Buckhorn Exchange is temporarily closed until further notice. 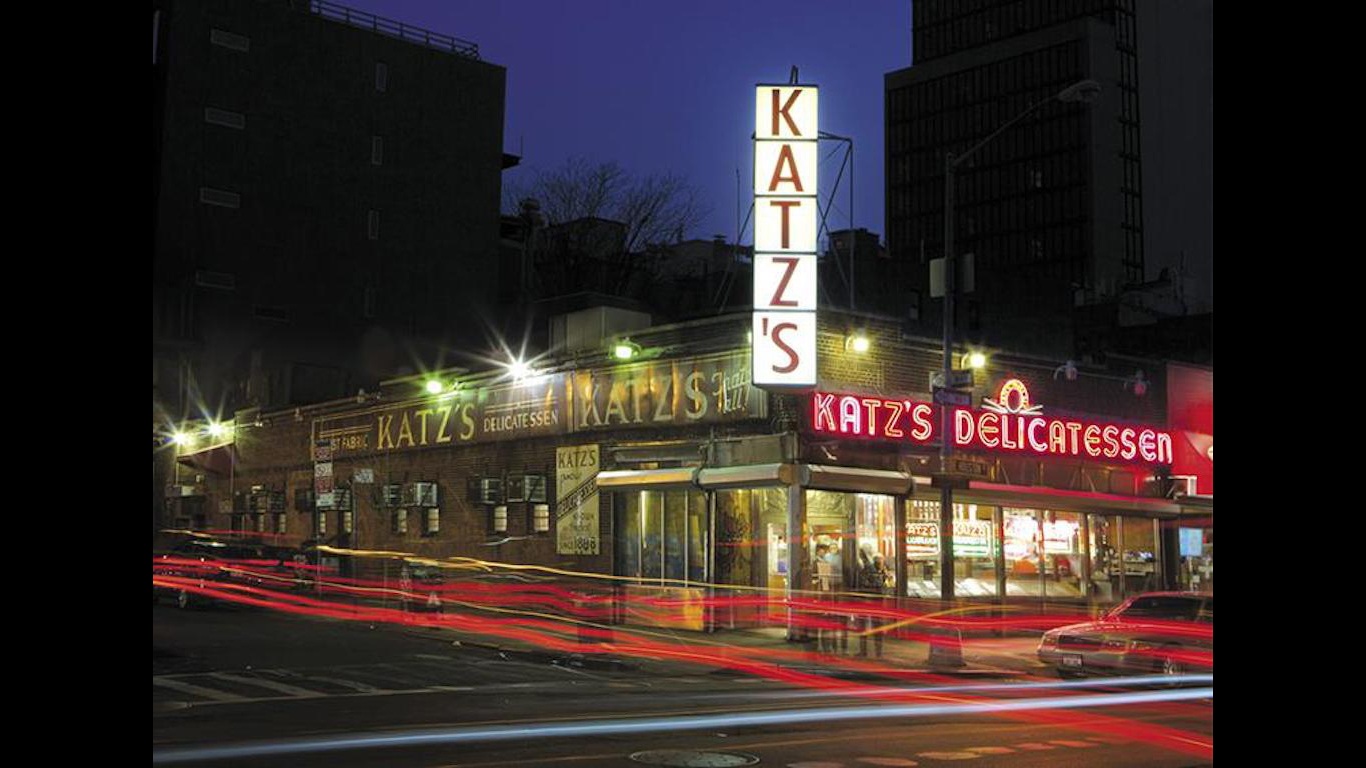 First opened as Iceland Brothers (by, not surprisingly, brothers of that name), this landmark Lower East Side deli became Iceland & Katz when Willy Katz invested in the place in 1903. In 1910, Willy’s brother Benny joined the business, and the two bought out the Icelands and renamed the deli Katz’s. Another partner, Harry Tarowsky, came on in 1917. Harry’s son and Benny’s son-in-law took over management in the late 1970s, but sold the place to new owners in 1988. All the deli classics — matzo ball soup, chopped liver, corned beef and pastrami sandwiches, brisket, and the rest — are served. 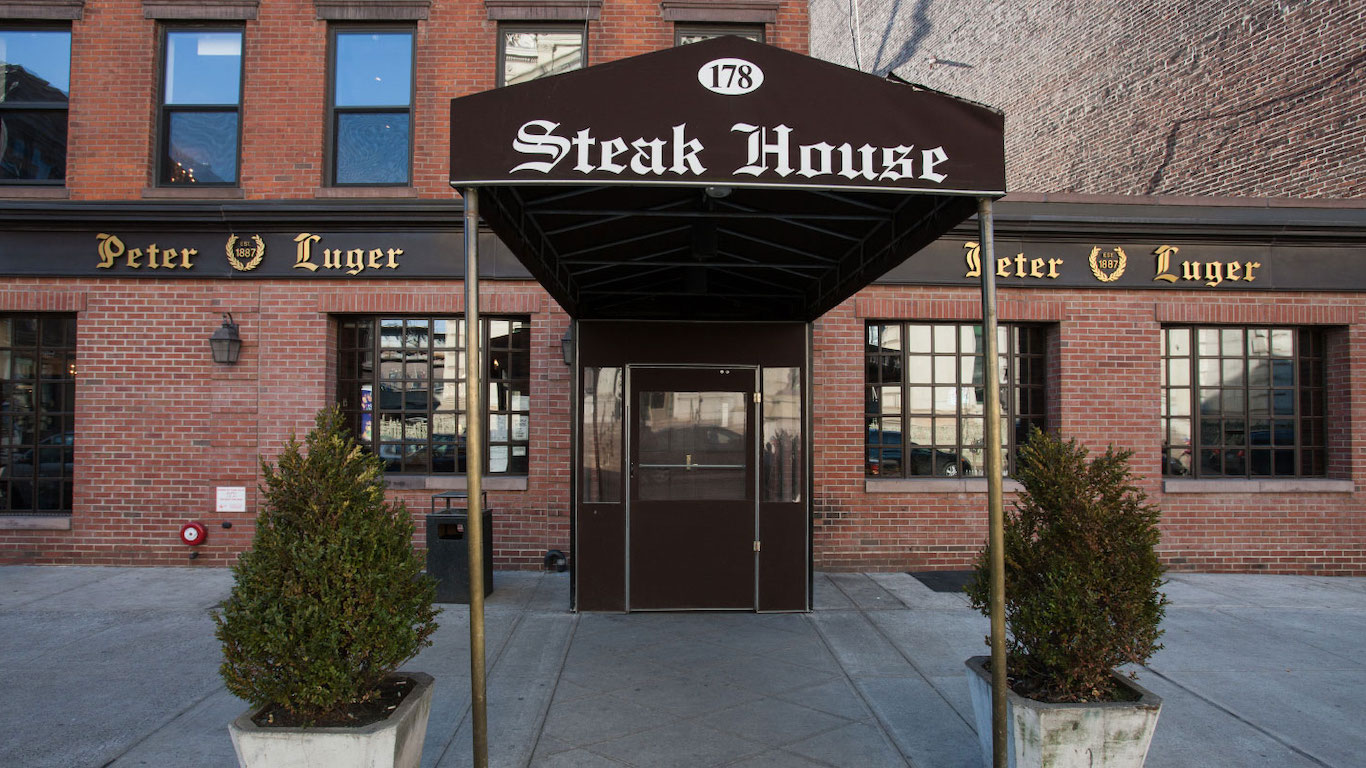 German immigrant Carl Luger opened this landmark, in what was then Brooklyn’s predominantly German neighborhood of Williamsburg, as Carl Luger’s CafÃ©, Billiards and Bowling Alley. After his death, his son Peter took over and renamed the restaurant after himself, transforming it into a steakhouse. (Peter’s nephew, another Carl, was the chef.) Upon Peter’s death in 1941, ownership was assumed by his son Frederick, but it lost its luster and in 1950 it was bought and revivified by a regular customer, Sol Forman. His family still owns what has become a Brooklyn institution.