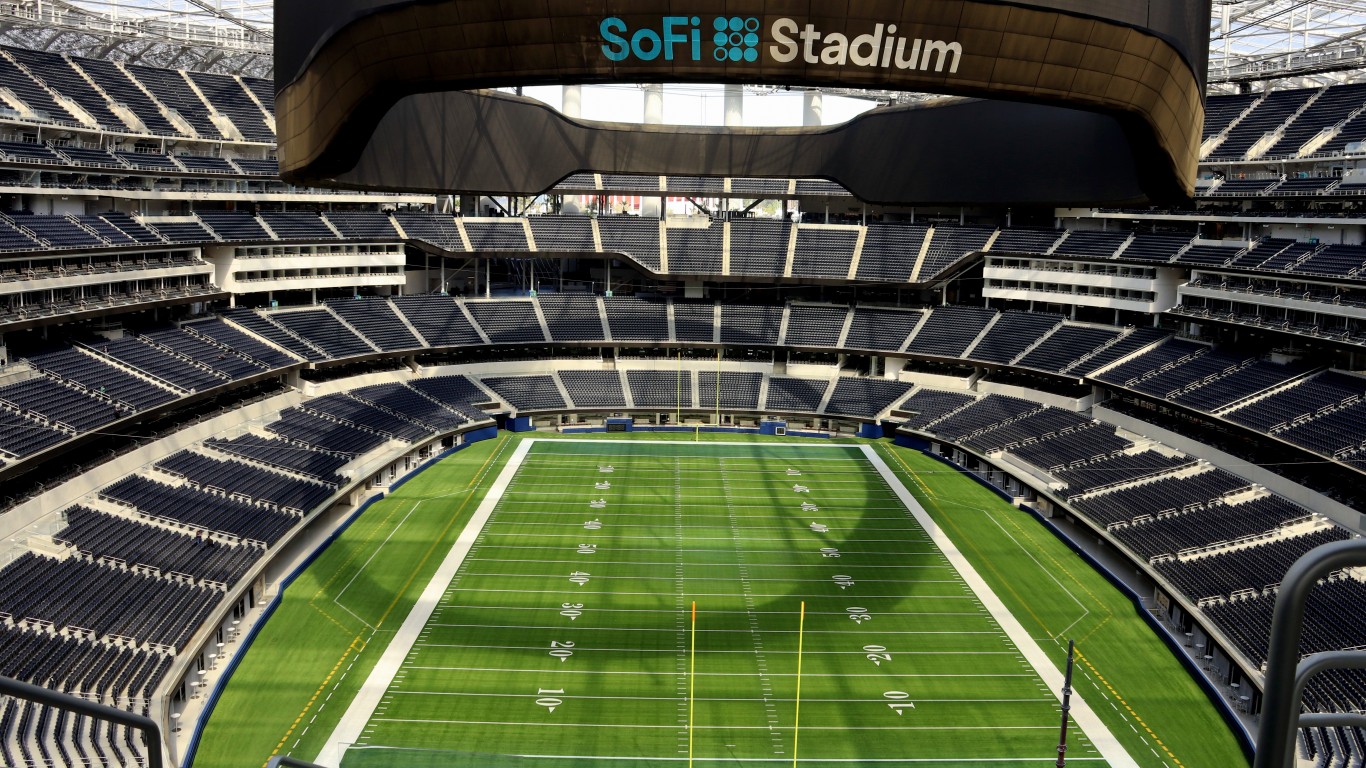 SoFi stadium is another brand-new venue that also only managed to make it into the fifth tier of sustainability. Ironically, when surveyed by Gamblers’ Pick, fans assumed it was the greenest stadium in the NFL. SoFi is home to two NFL teams and is the planned venue for the 2022 Super Bowl, 2028 Summer Olympics, and potentially 2026 World Cup. 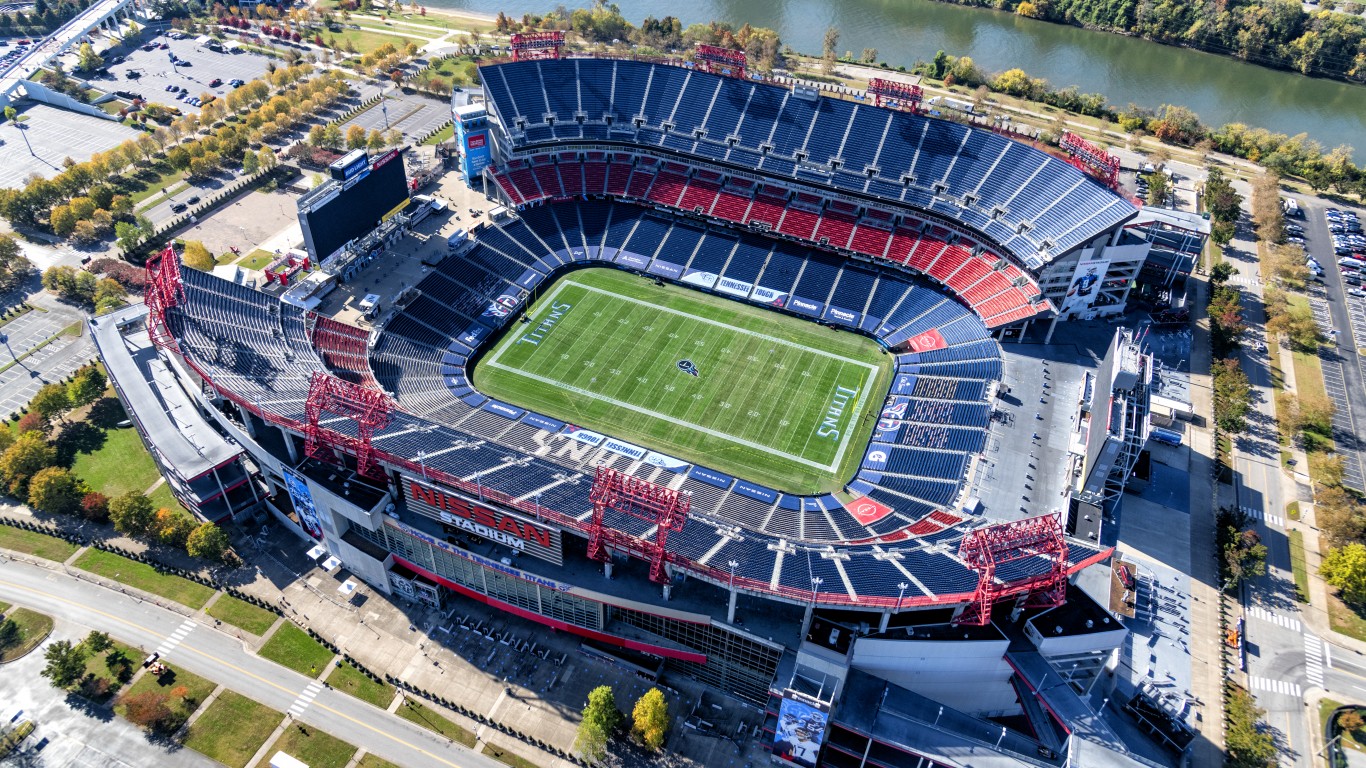 Across the Cumberland River from downtown Nashville, Nissan Stadium has a capacity of 69,143 and is used for a range of sporting events and performances. The stadium uses natural Bermuda Sod. The stadium was opened in 1999 as part of a move by the Houston Oilers from Texas to Nashville. In 2012 the stadium added LED ribbon boards and two enormous LED endzone boards. 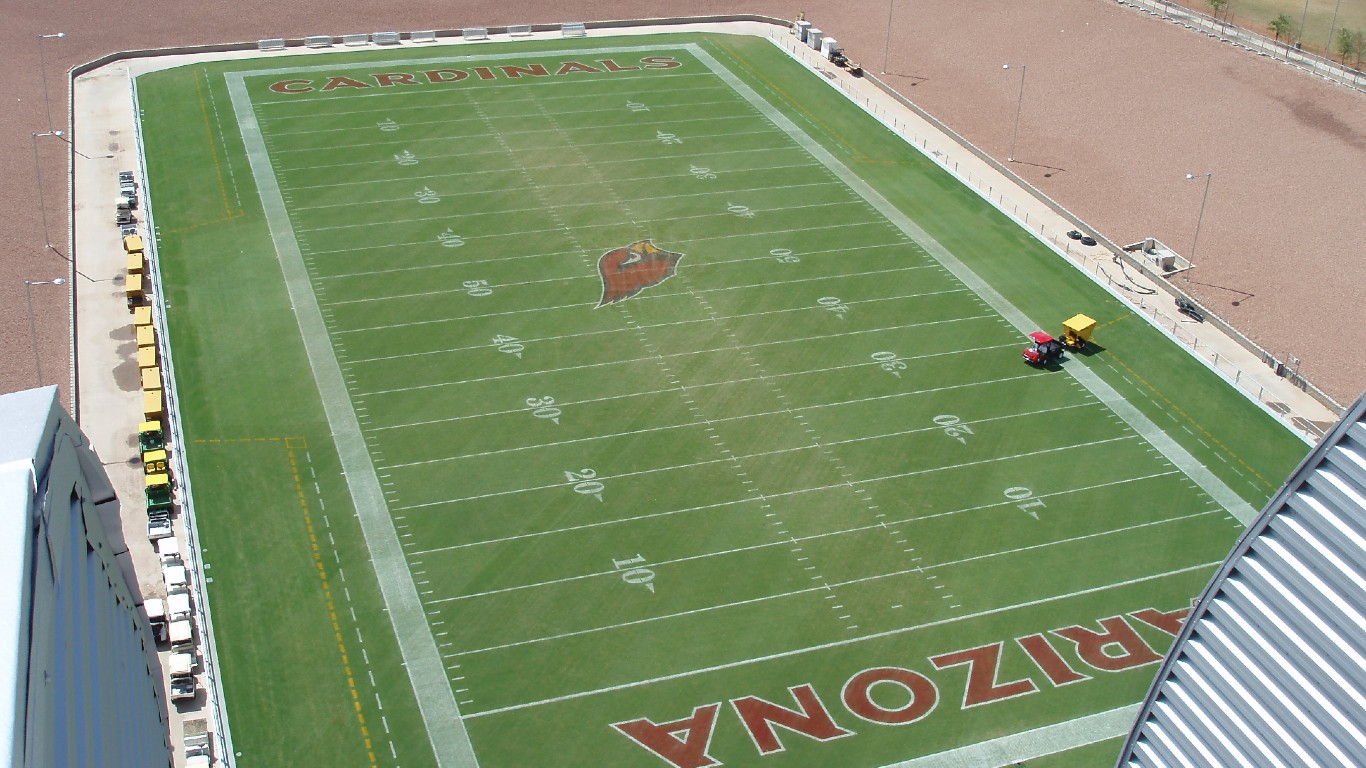 State Farm Stadium opened in 2006 and is the first ever stadium with a retractable roof built on an incline. At the time it was considered an engineering marvel and architecturally is one of the more attractive stadiums in the NFL. It uses a roll-in natural grass field and LED lighting and boards. 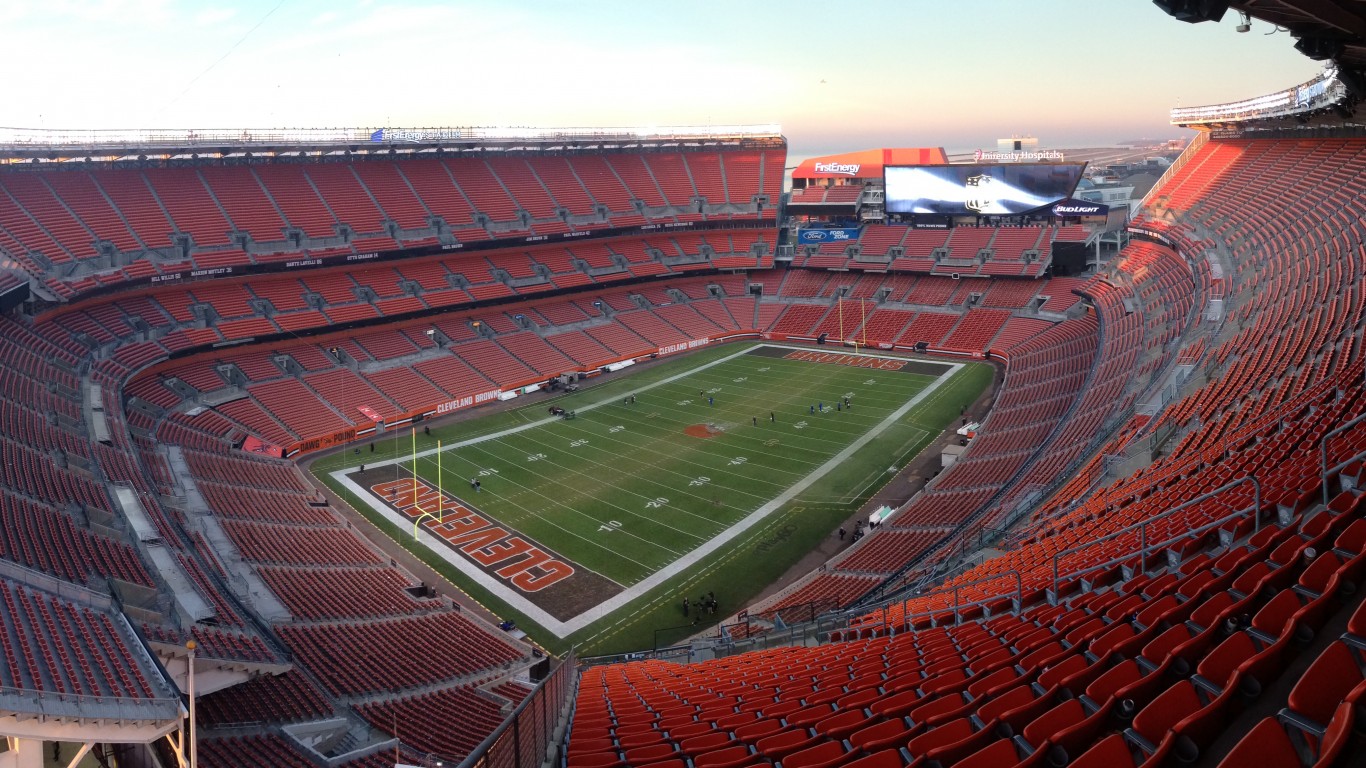 FirstEnergy stadium opened in 1999, replacing Cleveland Stadium which stood on the site since 1931. The old stadium was demolished in 1996 and some of the leftover debris was submerged in Lake Erie to form artificial reefs. This doesn’t win any point in our ranking but probably counts for something, right? FirstEnergy stadium sports LED screens and solar panels for a clean source of some of its energy needs. 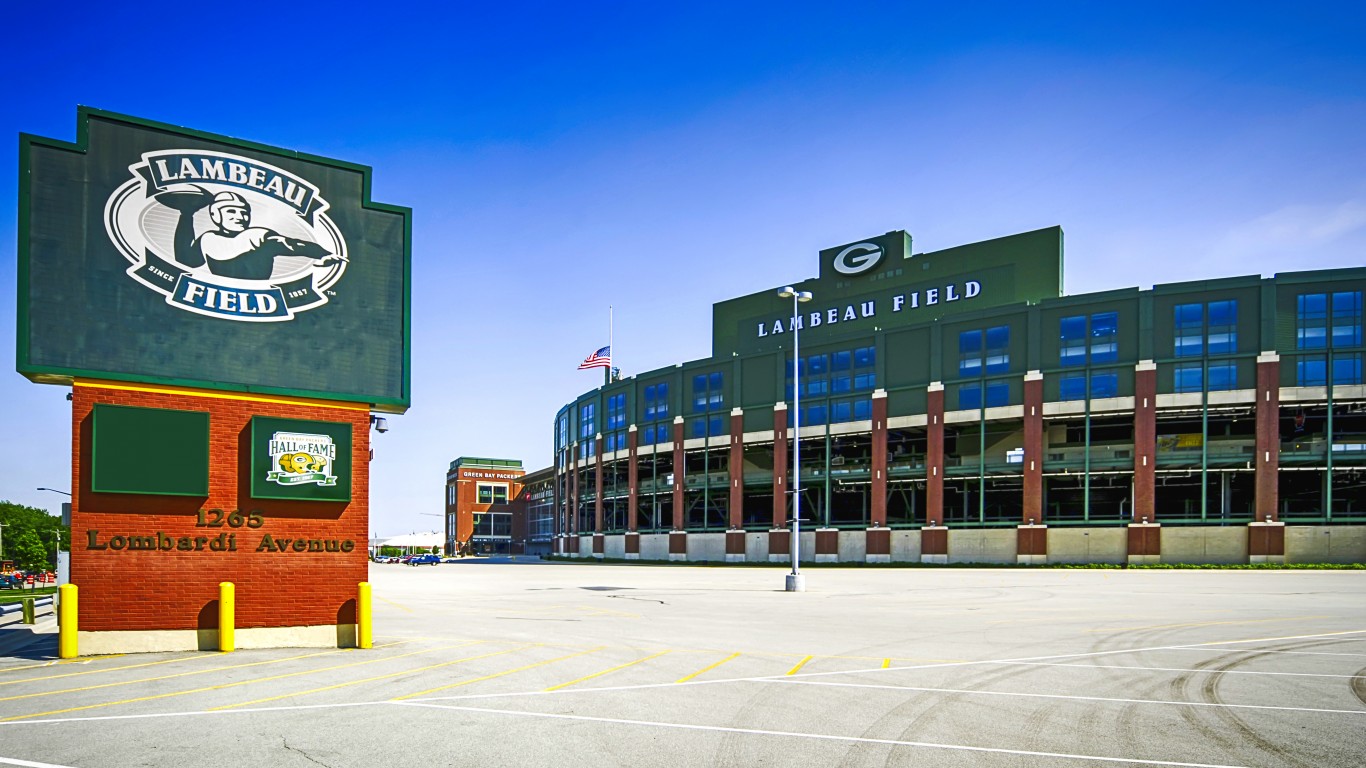 Originally opened in 1957, Lambeau Field puts to shame much newer stadiums that are less sustainable. The stadium has long been renowned for technology that allows the team to keep an NFL-standard field of grass healthy in the brutal Green Bay winter. The only NFL team owned by its fans, the Packers have implemented LED lighting and board systems throughout the stadium. Along with other measures this has cut down on energy use substantially.