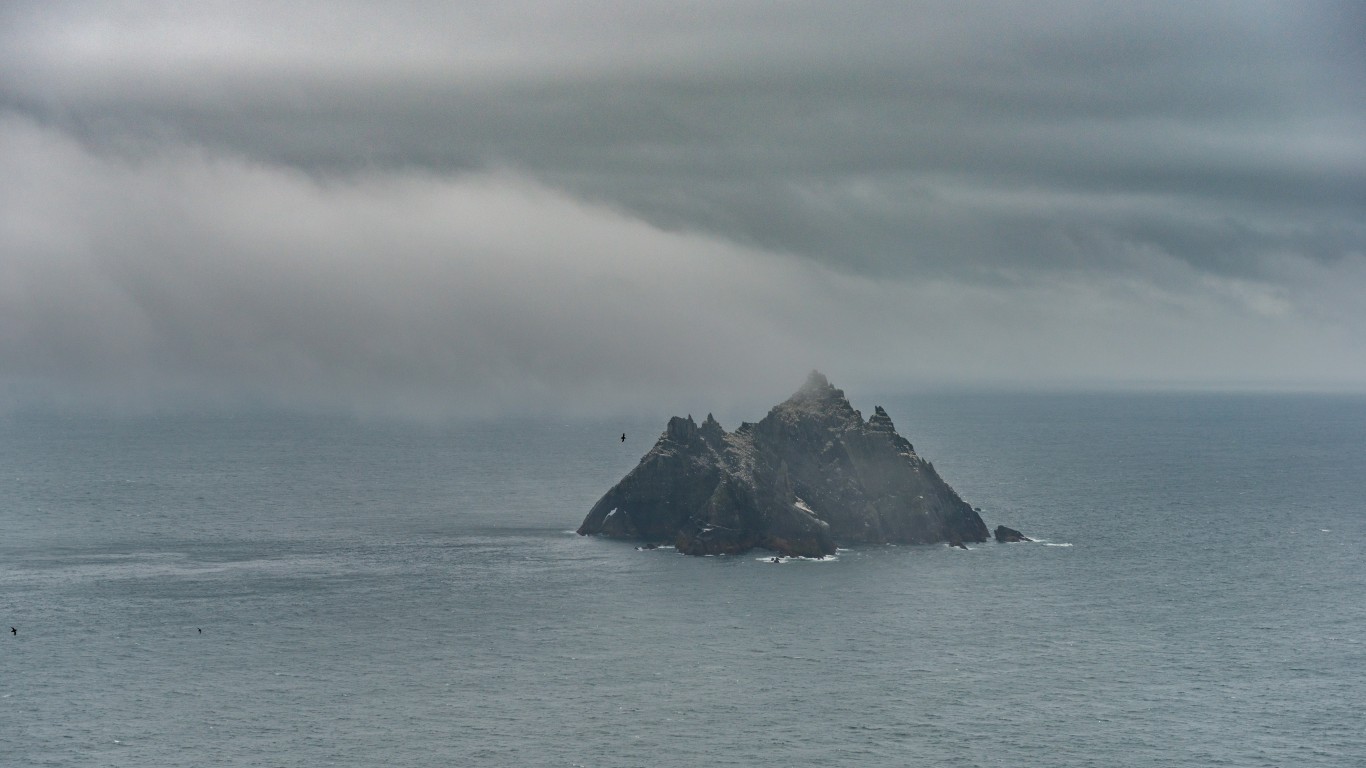 The island of Skellig Michael is a twin-peaked crag off the southwestern coast of Ireland. It was home to a monastery from the sixth to the 13th centuries, where monks lived in stone huts shaped like beehives. The ruins of the monastery, including several of these huts, a church, and a graveyard, can be accessed by climbing a winding stone staircase over 600 steps long. 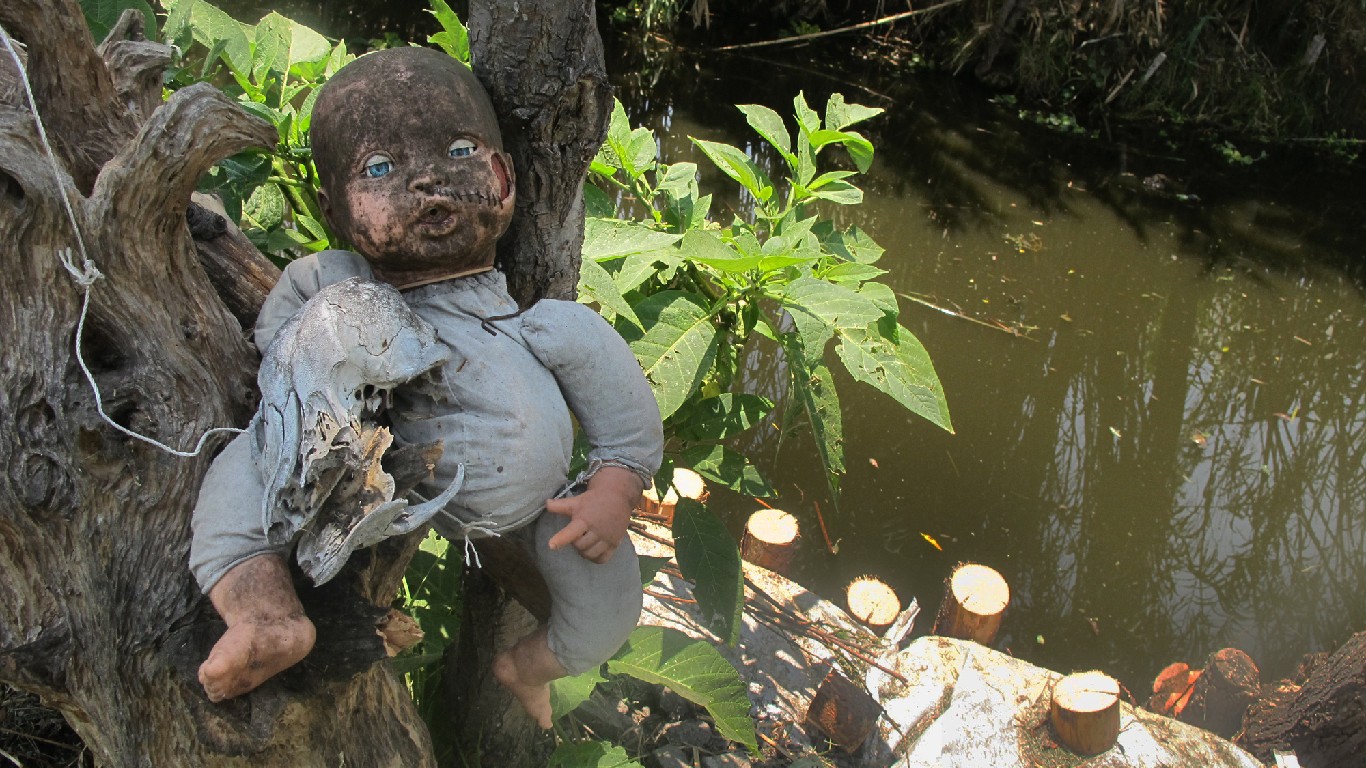 Island of the Dolls
> Location: Channels of Xochimilco, Mexico

The Island of the Dolls – La Isla de las Muñecas in Spanish – is an island covered in decaying, hanging dolls. It’s creepy enough on its own – but its backstory is even creepier. According to local legend, the island’s hermit caretaker, Julián Santana Barrera, found the body of a young girl who drowned in a canal in the 1950s. To appease her spirit, he hung up a doll that he believed was hers.

Over the years, he hung more and more dolls and doll body parts, believing that the girl’s spirit possessed the toys. Santana himself died in 2001, his body discovered near the spot where he’d found the girl decades before. The island remains a tourist attraction that some say is still haunted by the girl’s spirit. 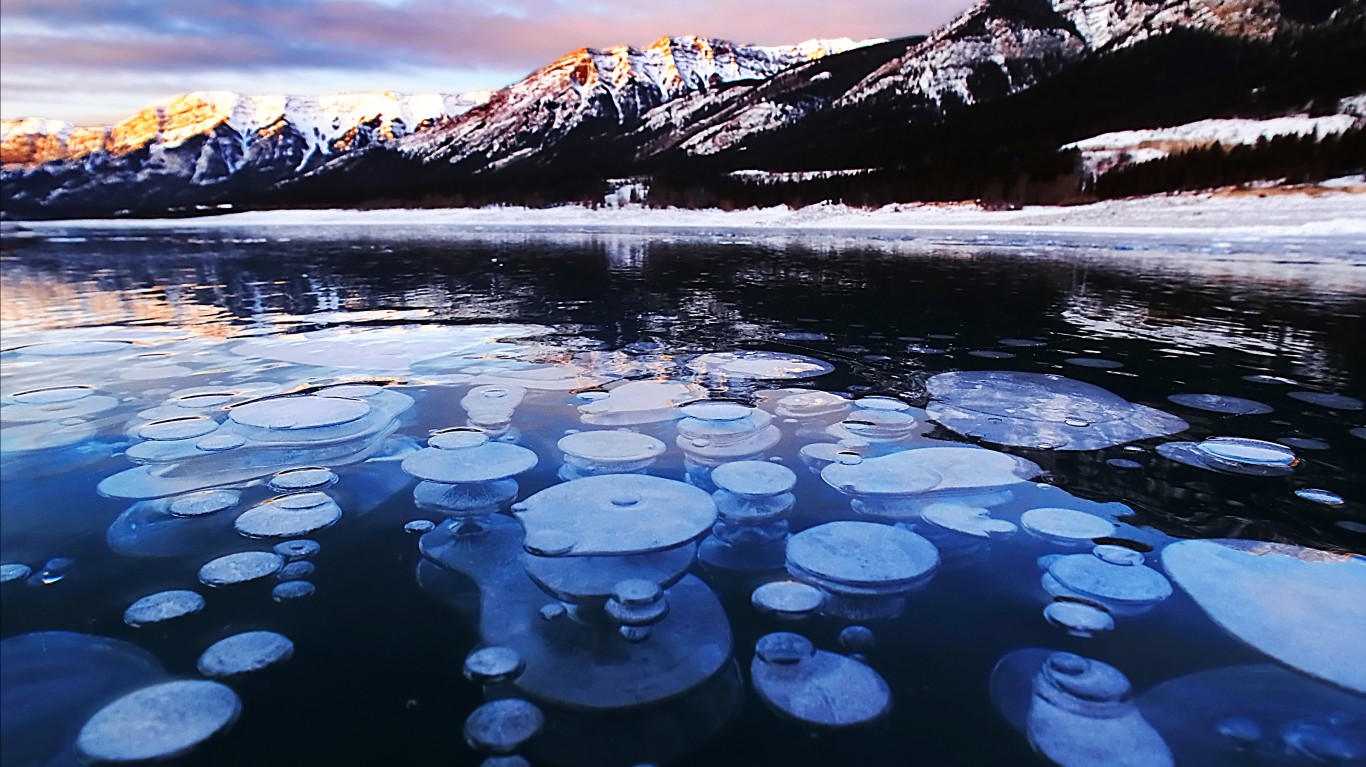 The largest man-made reservoir in Alberta, Abraham Lake derives its milky blue hue from a silt of glacial flour, small bits of rock that were ground down by glacial action. When the lake freezes over in the winter, pockets of methane gas formed by decaying plants rise up from under the lake to form stunning stacks of frozen bubbles near the lake’s surface. 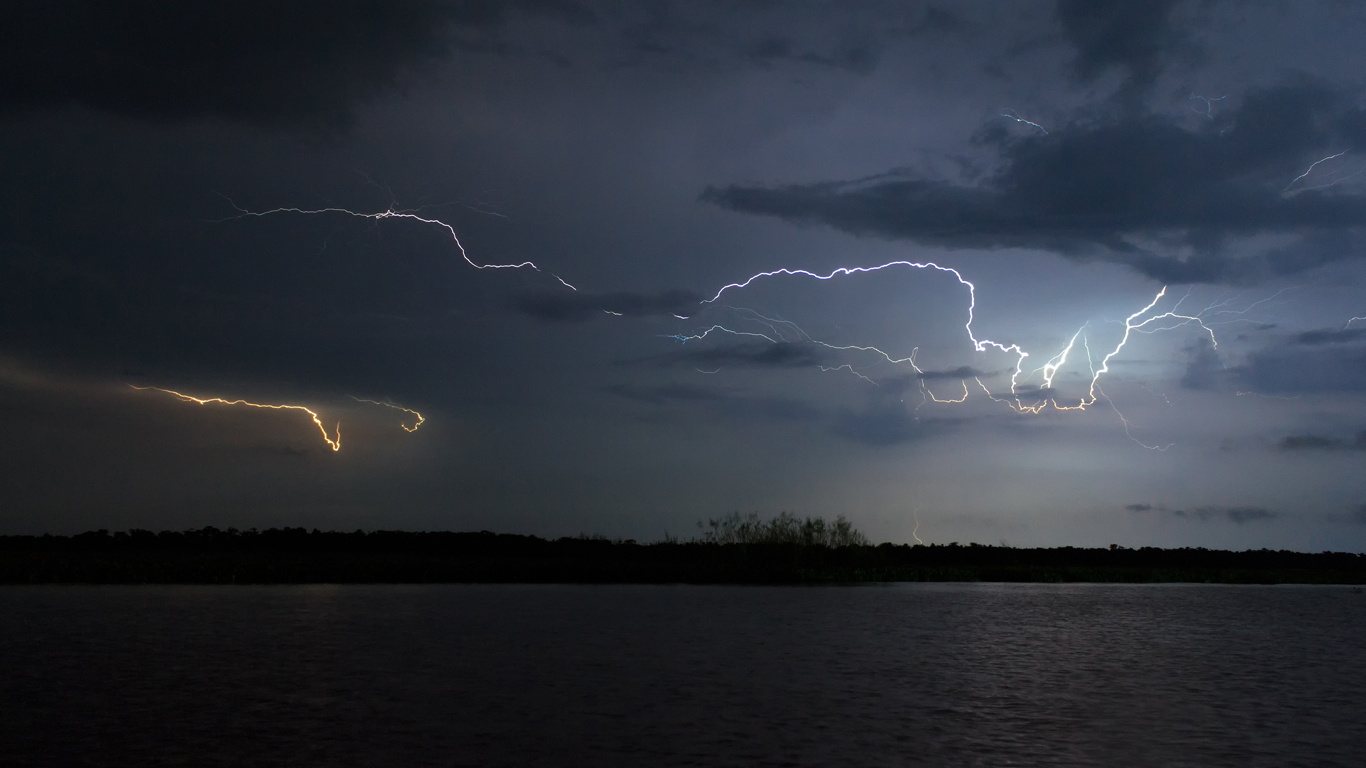 The so-called Lightning Capital of the World, Lake Maracaibo is illuminated by lightning storms nearly 300 nights of the year, with over 600 bolts of lightning per square mile annually – and no thunder. The lightning is so consistent and predictable that ships used to use it for navigation. Called Catatumbo Lightning after the Catatumbo River that flows into the lake, the phenomenon has been studied by numerous scientists, and is thought to be caused by numerous overlapping climatic factors. 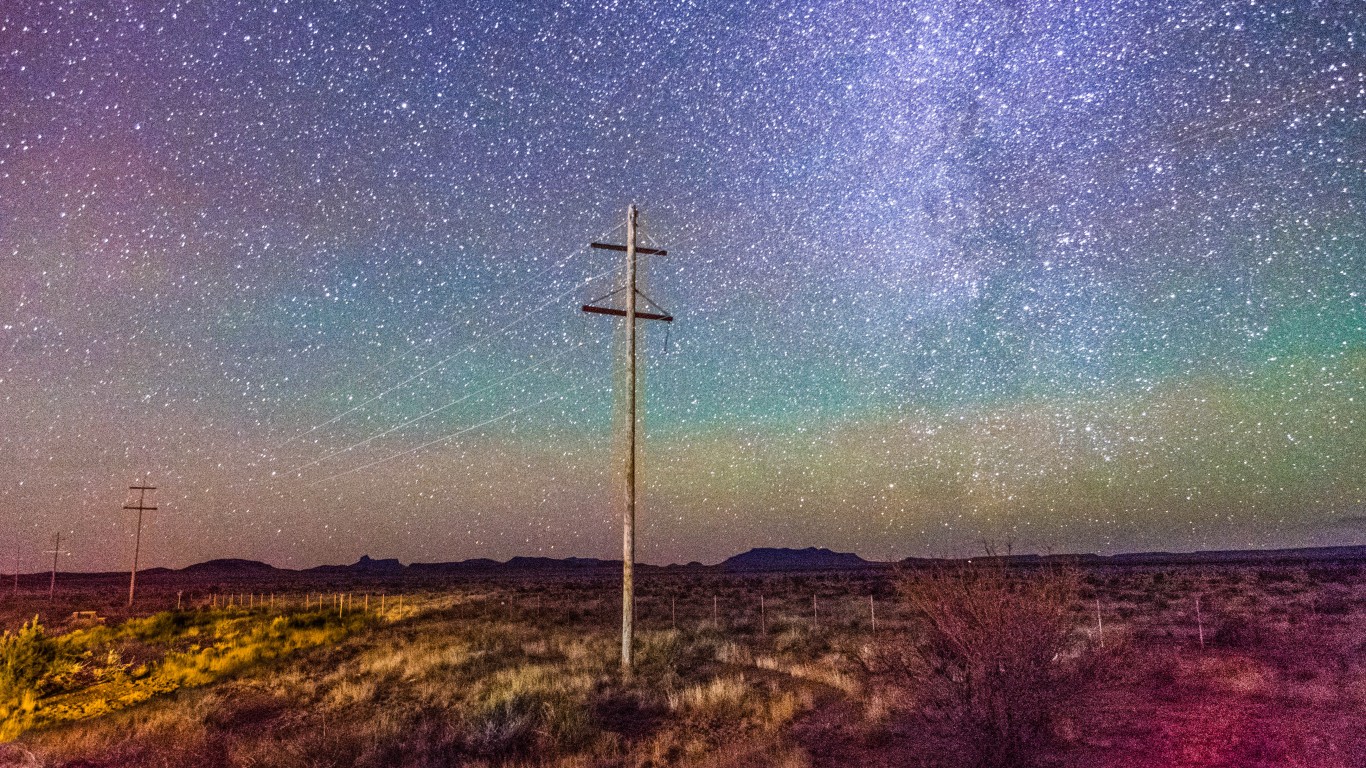 Since the 1880s, residents of Marfa, Texas, and the surrounding area have been reporting strange lights visible some evenings in a stretch of uninhabited desert south of town. The lights, which can be white, blue, or red, appear out of nowhere, sometimes flickering, hovering, slowly rising, disappearing, then reappearing again. An official viewing zone east of town sees visitors from around the world. Although some scientists have posited that the lights are atmospheric phenomena or car headlights, the mystery remains unsolved.