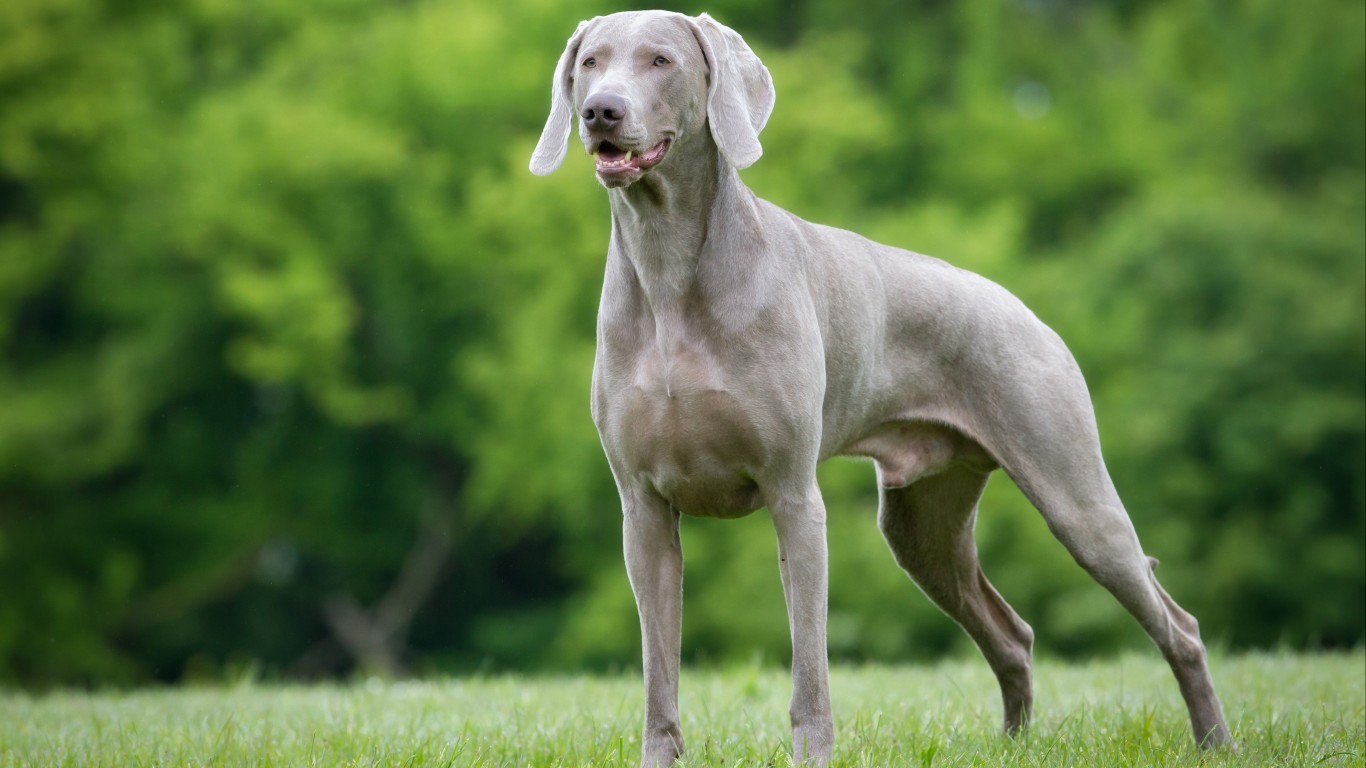 The Weimaraner is named after the German city of Weimar, where it was bred as a hunting and retrieving dog. It has distinctive silver-gray coloration and bright blue eyes. The Weimaraner is an excellent pet known for its friendliness and obedience, but it needs to be kept active. It’s also smart so it needs to be trained or else it will be the boss. 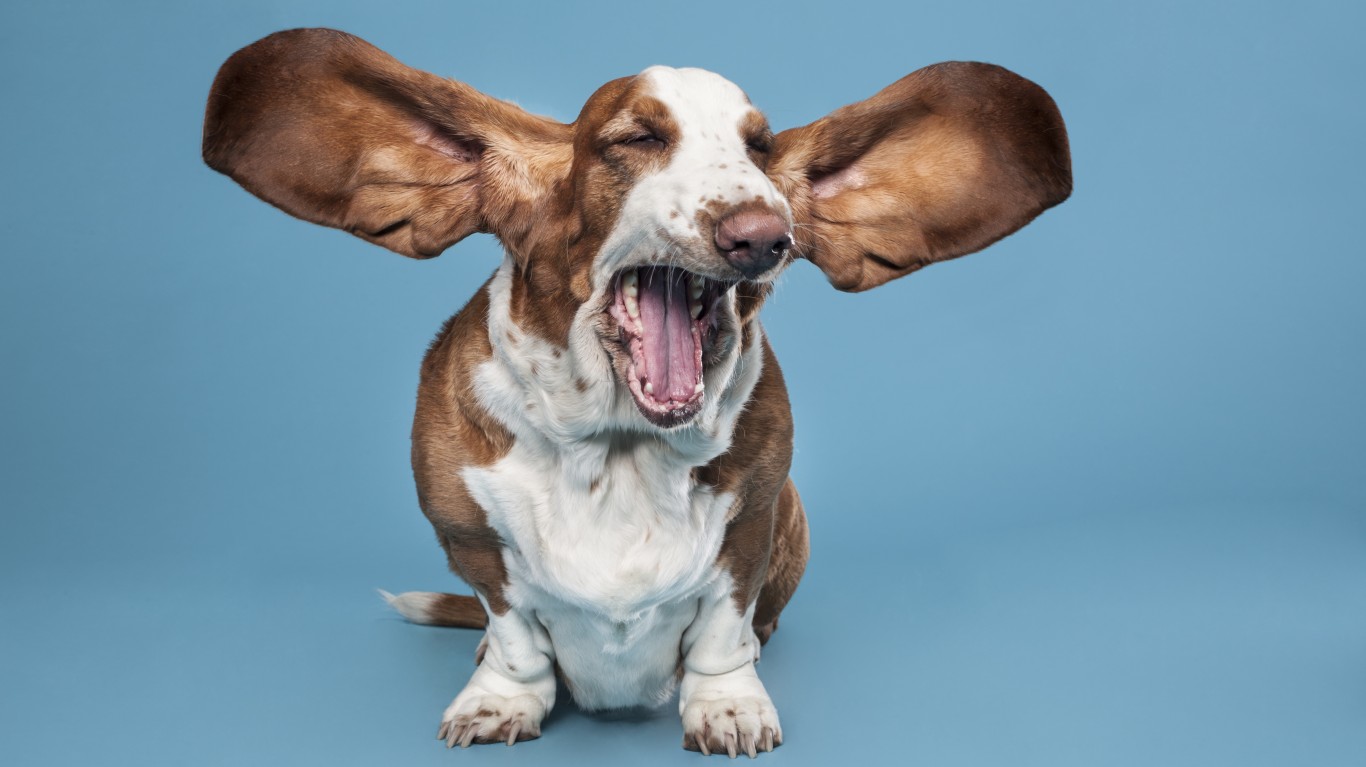 Originally bred in France, the basset hound is known for its droopy features, hunting ability, and keen sense of smell, which is second only to that of its cousin, the bloodhound. Bassets are great with kids and, despite their size, they think of themselves as lap dogs. They are very independent and training takes time and persistence. 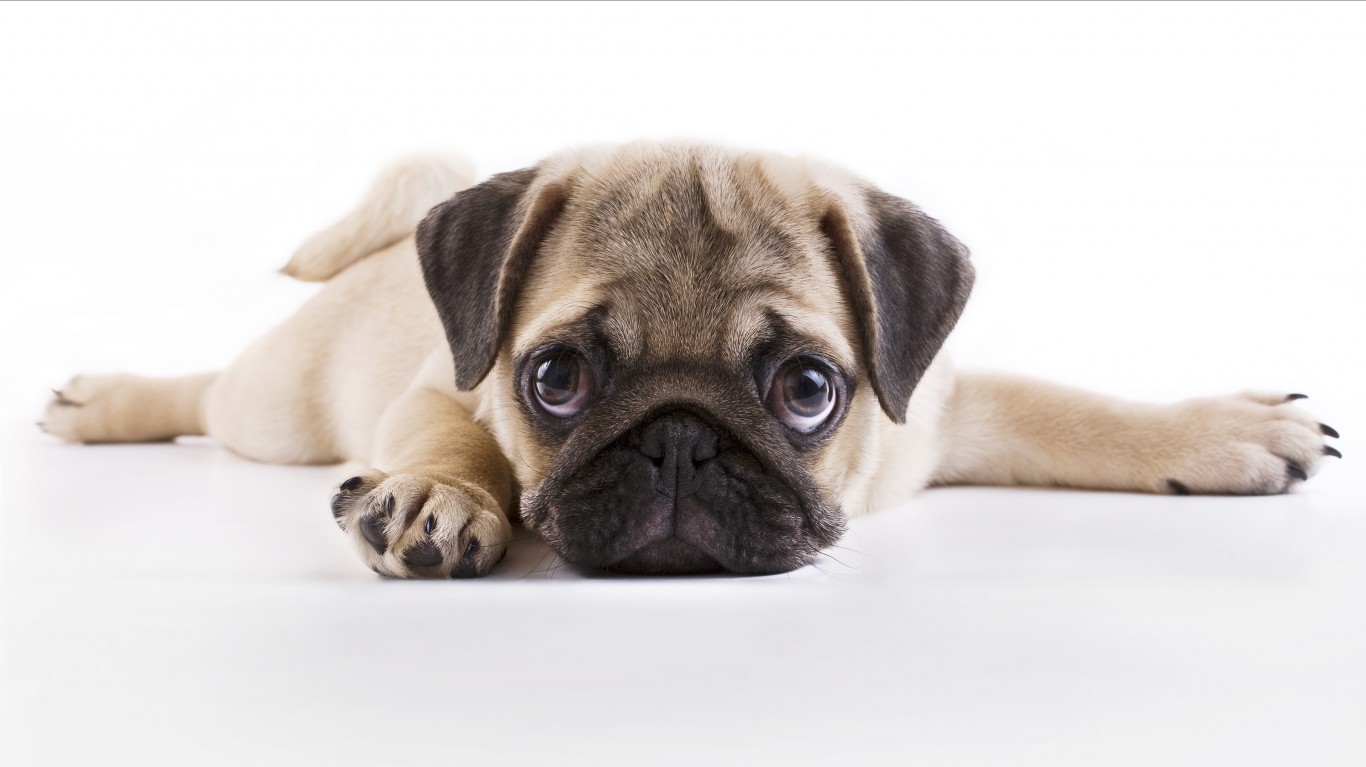 Pugs have a lot of personality in a small package, and they like attention and affection. They are intuitive dogs and sensitive to the moods of their owners, which makes them good companions. They can be strong willed but are not aggressive. They like to play with children, but some supervision may be needed. Because they like to please, harsh training methods should never be used. 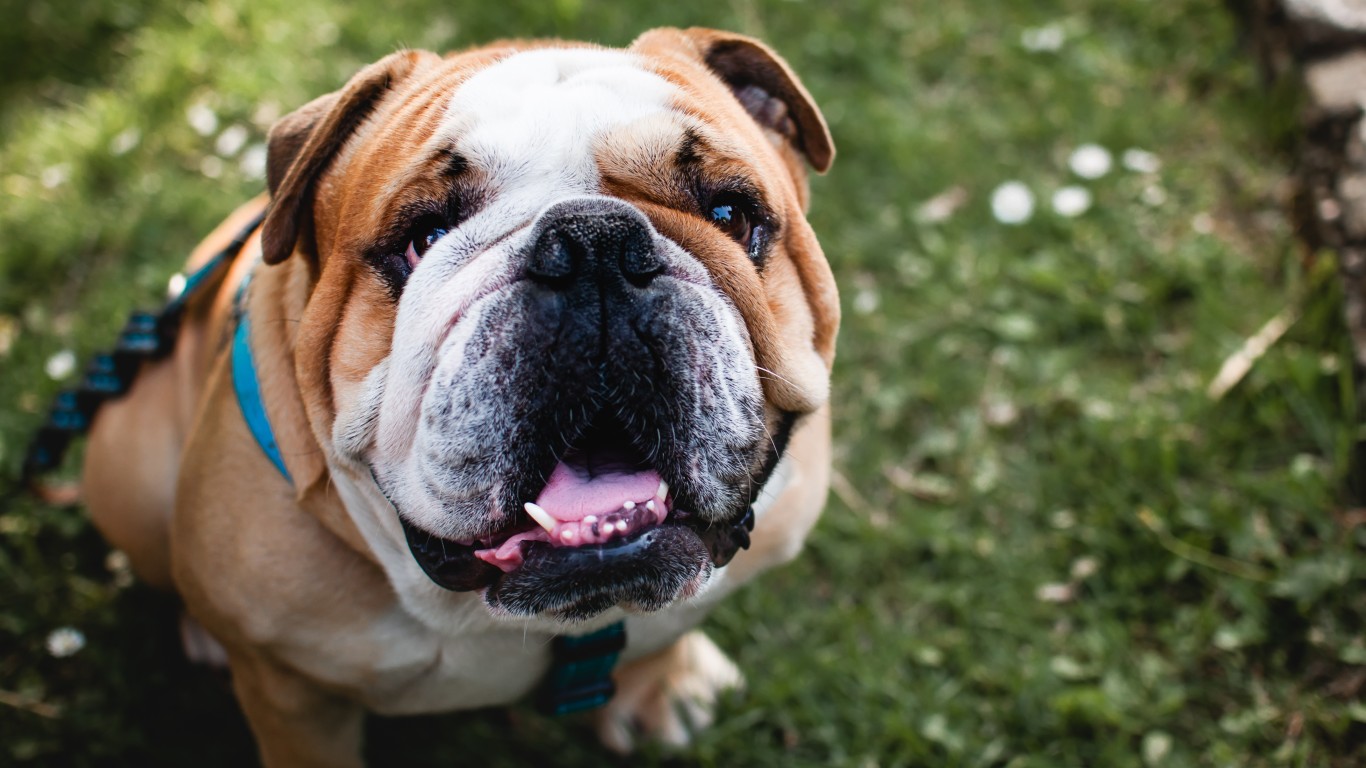 The bulldog has long been associated with British culture (note the resemblance to Winston Churchill!), but it’s also one of the most popular breeds in America. Its name belies a friendly personality and gentle disposition. The bulldog likes to chew, so it should be trained to release what’s in its mouth on command. 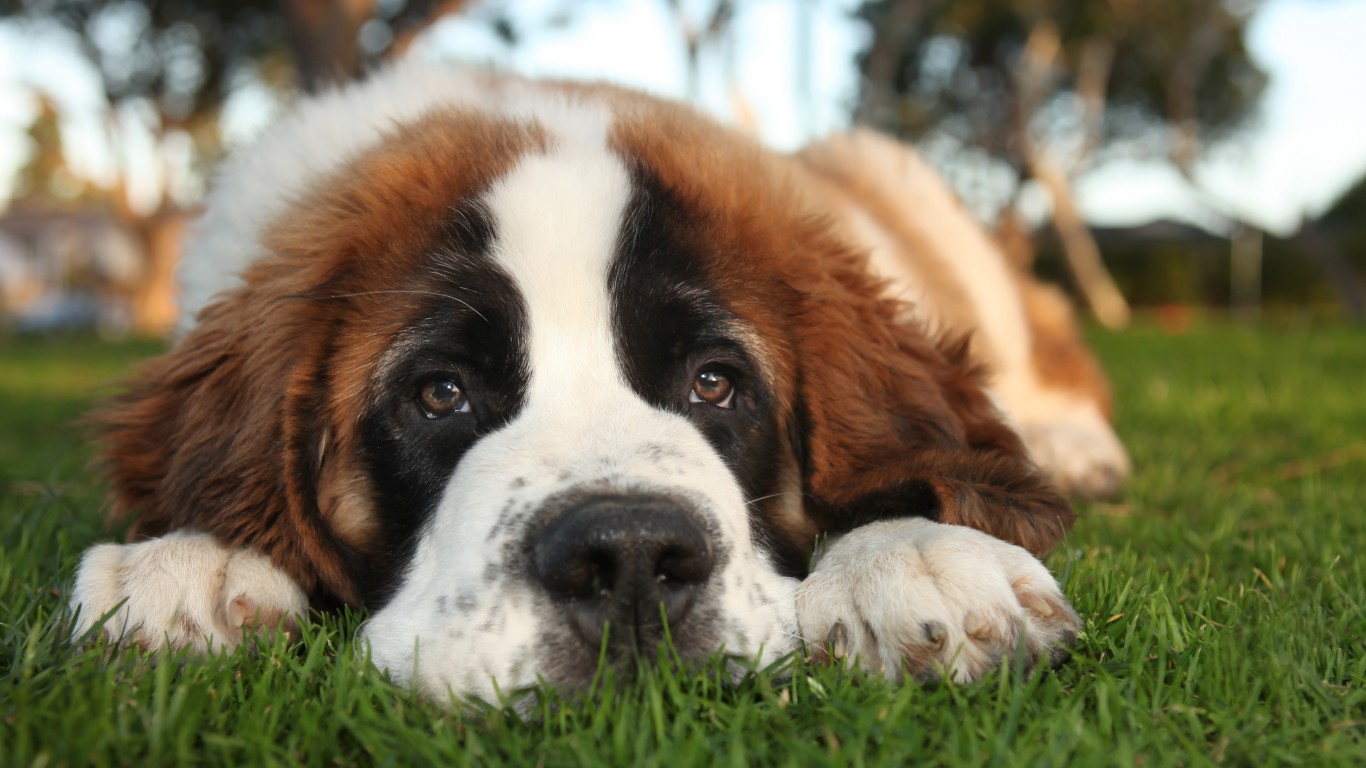 Named after a monk who aided pilgrims crossing the Alps on their way to Rome, the St. Bernard is famous as a rescue dog. It is very big — males can weigh up to 180 pounds — and very strong, but it has a very gentle and winning expression. Unfortunately, it has a relatively short life expectancy of eight to 10 years. Because it is so big and strong, early socialization and obedience training are an absolute necessity.