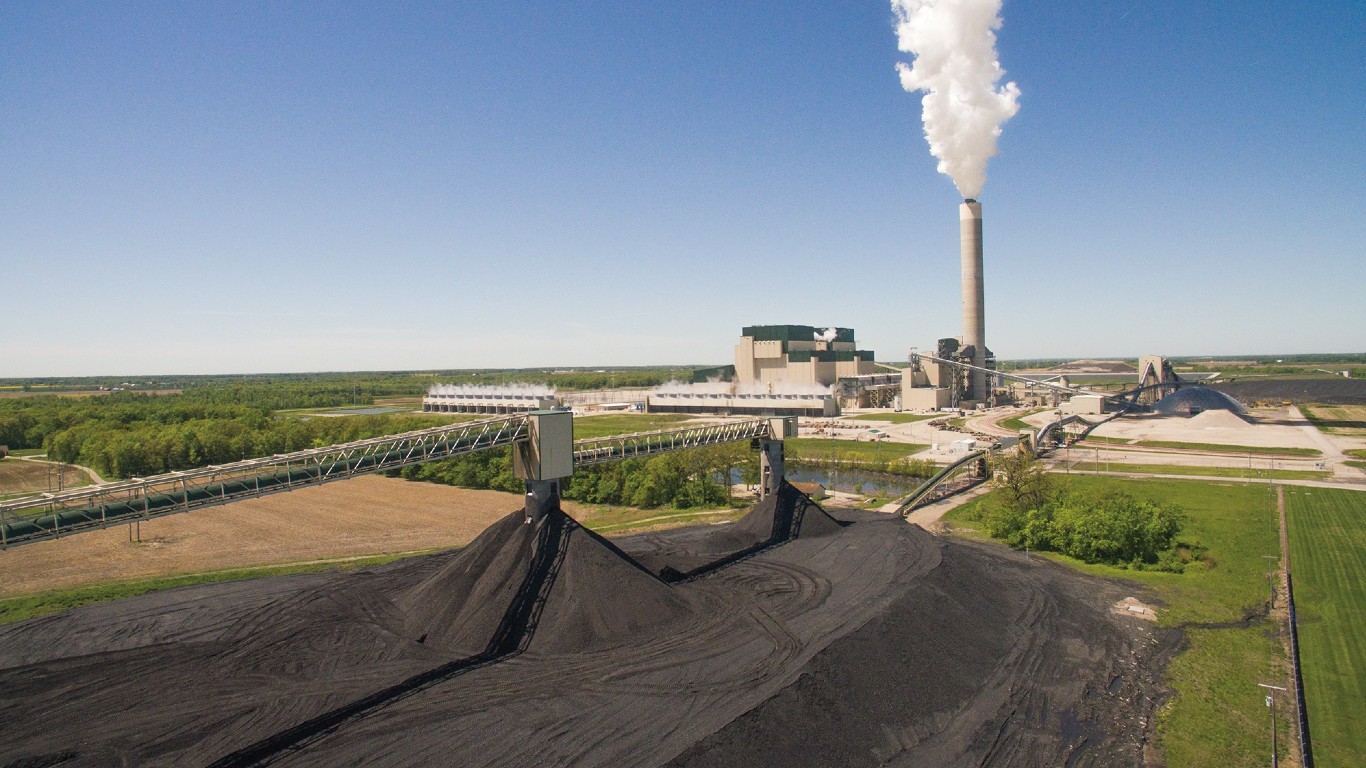 Prairie State Generating, of Marissa, Illinois, is a joint venture owned by a group of utilities. All of its CO2 emissions are generated from one plant, a coal-fired facility in southern Illinois that lawmakers are trying to close to meet clean energy goals. 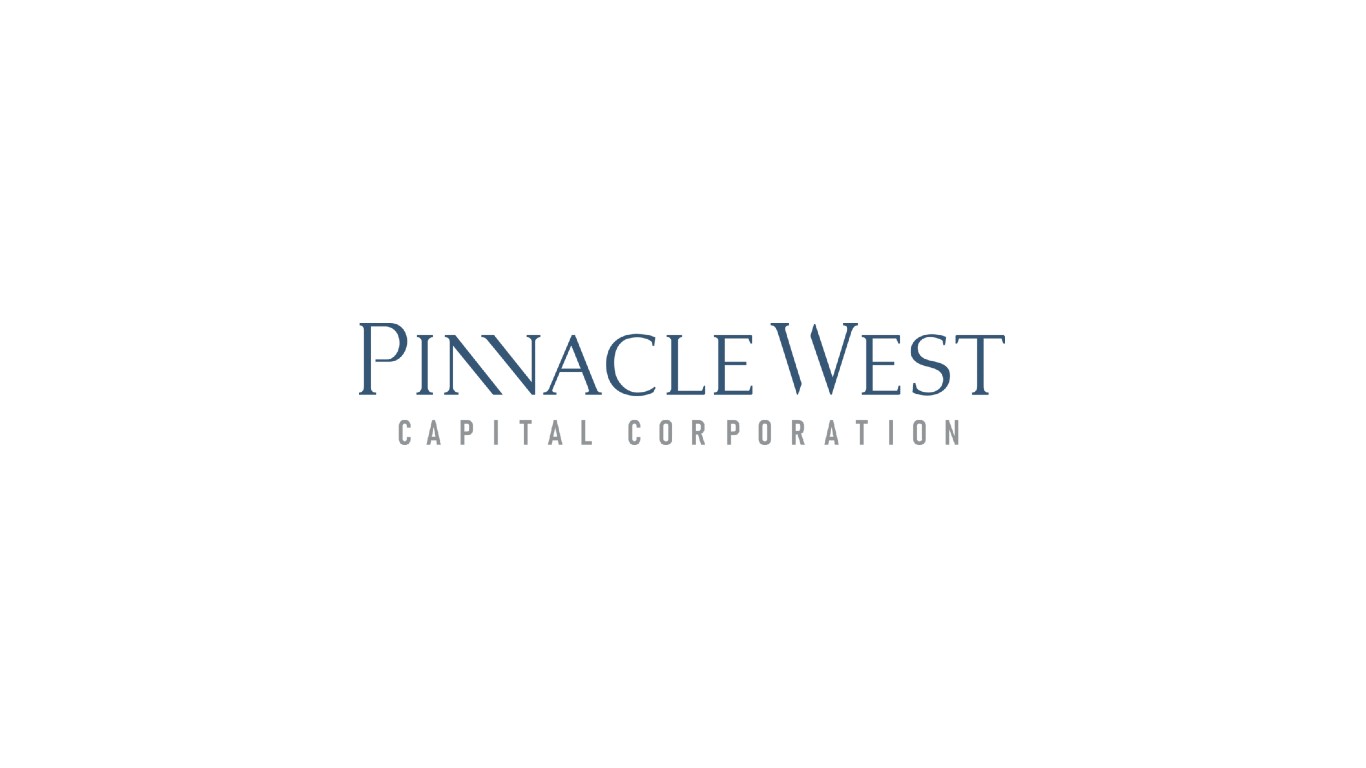 Pinnacle West Capital of Phoenix provides retail and wholesale electric services through its subsidiary, Arizona Public Service Co. Pinnacle’s Four Corners Steam Electric Station in Fruitland, New Mexico, is responsible for more than 68% of the company’s CO2 emissions. The company has paid nearly $4 million in environment-related offenses since 2000. Most of that was from violations at a Farmington, New Mexico, plant.

24/7 Wall St.
23 Places Where Industrial Air Pollution is So Bad It Causes Cancer 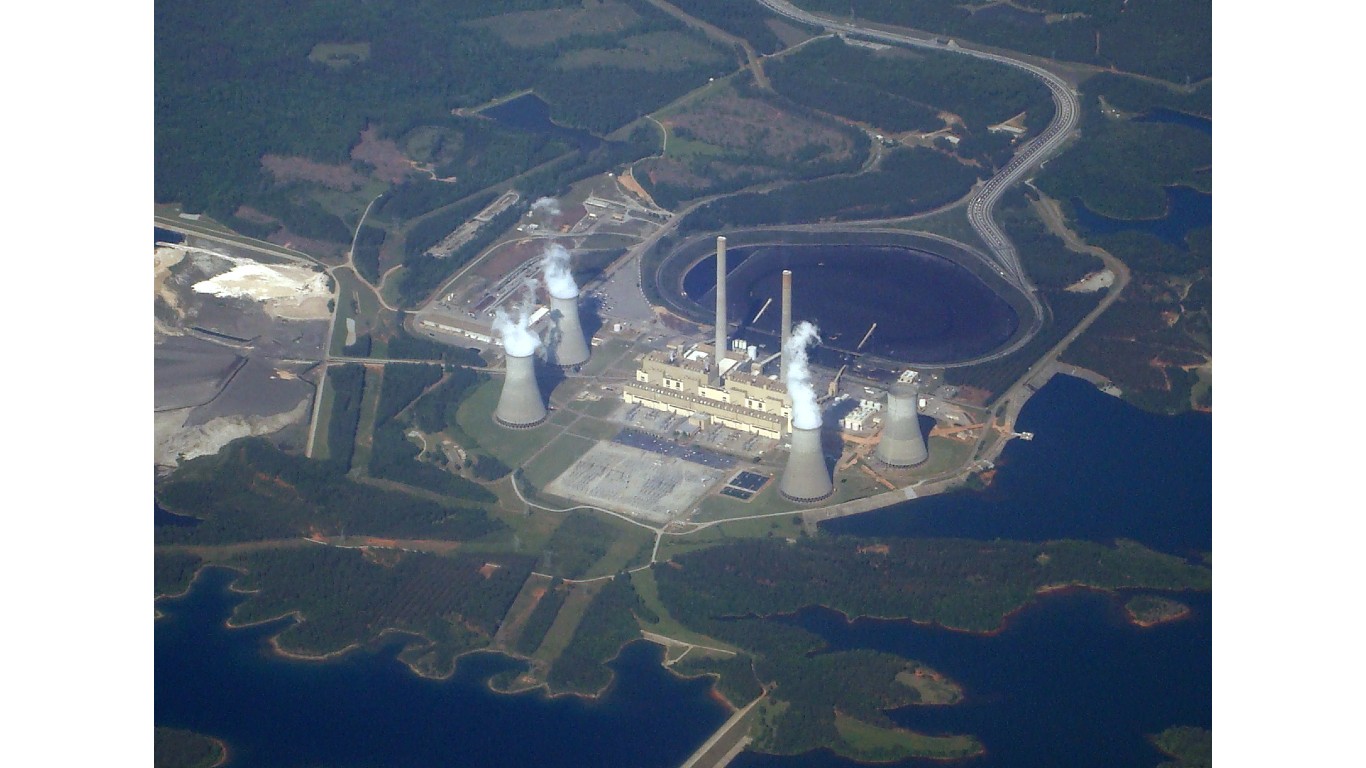 Plant Scherer’s facility in Juliette, Georgia, a 12,000-acre, coal-fired plant, is responsible for all of the company’s CO2 emissions. 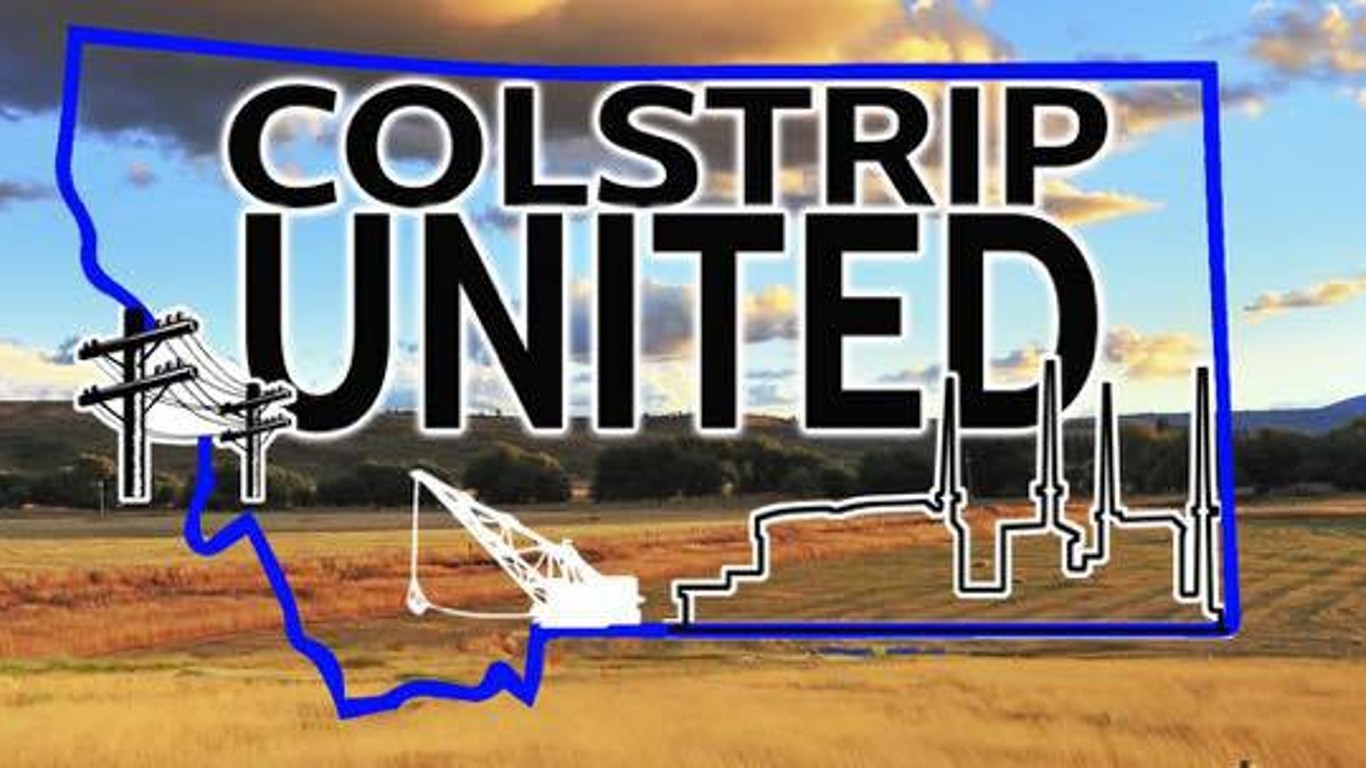 The Colstrip power plant in the town of Colstrip, Montana, is operated by Talen Montana, a subsidiary of Talen Energy, a privately owned power producer in Pennsylvania. Two of the four coal-fired units at the power station were shut down in 2020. The others are expected to operate until 2025. 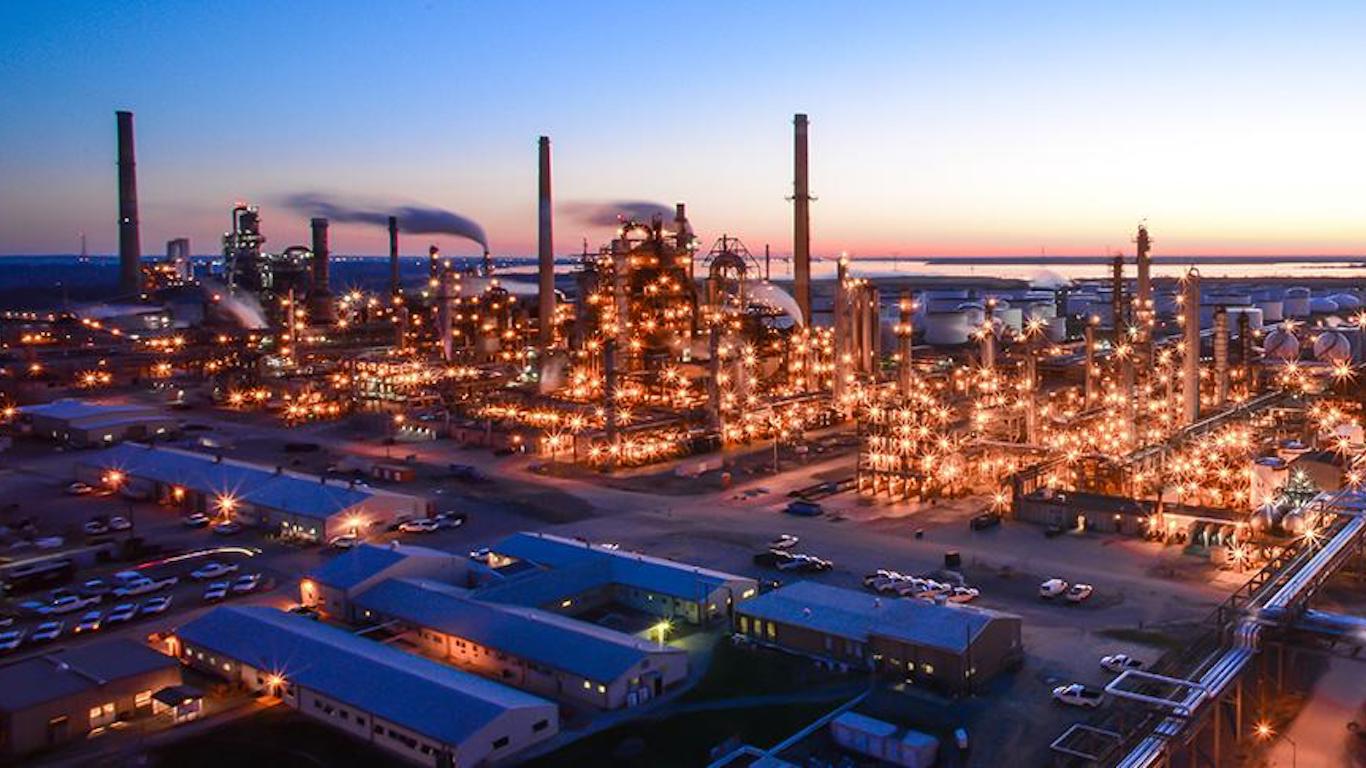 Since 2000, Parsippany, New Jersey-based PBF Energy has been fined more than $32 million for environmental violations, including for water pollution and excessive flaring. Most of the violations involved PBF’s Delaware City Refinery.