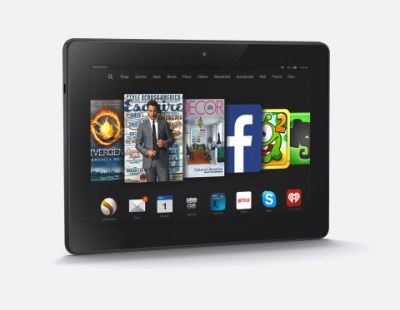 Source: Amazon.com Inc.
In a press announcement Thursday, Amazon.com Inc. (NASDAQ: AMZN) and its Amazon Web Services (AWS) division announced the availability of the AWS Device Farm for mobile app developers. The announcement didn’t exactly stir up the same amount of press coverage as the Apple Watch, but it is interesting nevertheless.

App developers for Android-based and Amazon Fire-based mobile devices like smartphones and tablets now have access to an AWS-maintained stable of actual, real, mobile hardware on which to test their new apps. In its announcement AWS said:

Developers can upload their apps and run tests simultaneously on all of the most commonly used mobile devices across a continually expanding fleet that includes the latest device/OS combinations.

Most developers currently test new apps either on a relative handful of hardware devices or by using a software emulation program to simulate how their apps will behave on a real device. As a developer might say, neither is optimal.

Variations in how different device makers implement Android make testing an app on all those devices challenging. That is the audience the device farm addresses. There is no need to include Apple’s iOS because there is just one version of the operating system and developers don’t have to buy hundreds of devices in order to test their new apps.

AWS assesses no set-up charges and developers “pay as they go.” According to the website, the first 250 minutes of testing time are free. After that AWS charges 17 cents per device minute. Alternatively, developers might choose to pay a flat monthly fee of $250 for unlimited testing time.