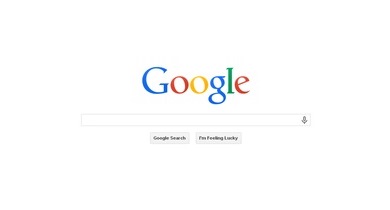 Source: Wikimedia Commons
Google Inc. (NASDAQ: GOOGL) reported second-quarter earnings that were much better than expected. However, its global growth rate continues to be reined in by its difficulties in China and Russia. Together, the populations of these nations total nearly 2 billion people.

According to research firm EnfoDesk, Baidu Inc. (NASDAQ: BIDU) had 80% of search engine market share in China in the fourth quarter of 2014. Google China’s was less than 12%. The China Internet Network Information Center reported in early February that nearly 650 million people were online (via Google Translate). Of that number, almost 550 million accessed the Internet on mobile devices, which Google believes is the battleground for future search engine success.

The problem is about as bad in Russia. Local search engine Yandex N.V.’s (NASDAQ: YNDX) traffic represents about 60% of all searches. Google has just over a quarter of the market. Yandex has begun to protect its business via complaints to the government. According to Reuters:

Yandex has asked Russia’s competition watchdog to investigate whether Google is abusing the dominance of its Android mobile operating system, as the Russian firm’s share of the search market fell below 60 percent amid competition on mobile devices.

The Russian search company’s complaint focuses on Google’s use of its mobile OS to gain penetration of the smartphone market.

There has been a suspicion for some time that China and Russia protect the market share of their local search engines. Whether or not this is accurate, Google faces long odds for success in either market.

Google’s presence outside the United States and Europe relies on whether it can get the market share in China and Russia to similar levels it has in Western countries (70% or better). Otherwise, its revenue improvement likely will continue to slow. Contributions from its non-search businesses like YouTube cannot keep the top line acceleration at better than very low double-digit growth. Most recently, Google reported quarterly revenue rose 11% to $17.7 billion. Net income from continuing operations was $3.9 billion, up from $3.4 billion in the same quarter last year. Its stock priced moved higher by 10% to $642.