Following weeks of document filings filled with charges and rebuttals, Apple Inc. (NASDAQ: AAPL) and Epic Games, maker of the wildly popular Fortnite, get the chance to call one another names in front of a judge. At stake is Apple’s grip on in-app payments on products listed in the App Store.

Nearly a year ago, Epic Games offered to sell game items at a discount to the App Store price if the purchases were made outside Apple’s in-app payment system. Within hours, Apple stopped selling the Fortnite game and other items.

At issue is whether Apple should be able to control the apps people buy to install on their iPhones, iPads and Apple Watches. Not only that, but should popular items like Fortnite have to pay a 30% cut to Apple? Apple, unsurprisingly, says yes. Epic, also unsurprisingly, says no.

Apple’s argument is that it provides control and management over the apps that are available for its devices, thereby guaranteeing that they are safe to use. The company should get paid for that. But, Epic asks, should Apple have a monopoly on apps for its devices? And is a 30% commission reasonable?

Last week, the European Union officially began an investigation into Apple’s policy on streaming music that could cost the company up to $27 billion in fines.

Apple’s introduction of its App Tracking Transparency (ATT) feature in iOS 14.5 could turn into a game of whack-a-mole for the world’s largest company. Ad Exchanger noted this morning that an advertising association in China has government backing to create its own ad-tracking ID to replace the ID for Advertising (IDFA) that Apple’s ATT no longer supports.

Well, some enterprising app developers have said, if the Chinese tracker, called a CAID, works in China, it should work everywhere. The only thing stopping developers from going that route is the fear of being kicked out of the App Store.

There are other techniques that developers over time have developed, like fingerprinting, as a bit of a cat-and-mouse game around other ways that an app might scheme to create a tracking identifier. And it’s a policy issue for us to say, you must not do that … We can’t ensure at the system level that they’re not tracking; we can do so at a policy level.

Facebook is thinking of taking a different route. The social media giant is threatening your wallet. Both Facebook and Instagram now display a notice warning people that if they choose to block tracking on Facebook or Instagram, the apps may no longer be available for free. Whether this is Apple-legal remains to be seen. 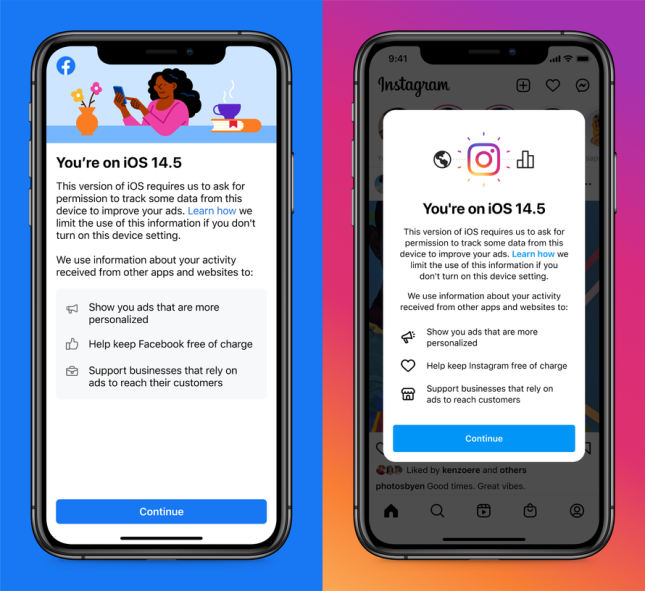