The big news expected from Apple Inc. (NASDAQ: AAPL) this week is the introduction of new, lossless and high-resolution Apple Music tiers. In the context of music streaming, lossless/hi-res means that music files are not compressed at the time of recording or playback, or, if they are, the compression scheme does not lose any information. It’s complicated.

Apple’s announcement is rumored to be set for Tuesday. The company is calling the new lossless/high-res services HiFi. A new, third-generation of AirPods may be announced at the same time, although many Apple watchers expect the new AirPods to come later. An intrepid designer has even located a new logo for the service. 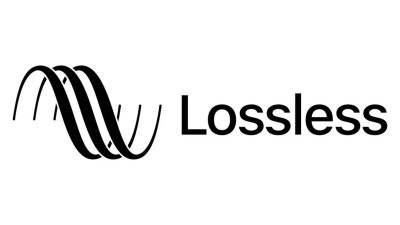 Last week’s announcement from the U.S. Centers for Disease Control and Prevention (CDC) that it was changing its mask guidelines took just about everyone by surprise. While many retailers (Walmart, Starbucks, Costco) have lifted their requirements that vaccinated customers wear masks to reduce the spread of COVID-19. Apple Stores, however, have not lifted the mask requirement. According to a report from Bloomberg, Apple is evaluating what measures the stores will take to protect customers and staff.

Apple CEO Tim Cook is expected to take the witness stand this week as the company defends itself against an Epic Games lawsuit alleging anti-competitive at the App Store. A former Federal Trade Commission (FTC) lawyer told the Wall Street Journal, “Tim Cook’s going to have to show that the reason they had these fees was not to maintain their dominance or squeeze money out of somebody, but rather, it was critical to maintaining a business and there’s nothing unfair about it.”

Loup analysts Gene Munster and David Stokman have posted their outlook for Apple over the next five years. Among their reasons for a better-than-consensus outlook are an expansion of Apple’s hardware subscription offerings, new augmented and mixed reality (AR and MR) goggles that could debut as soon as this summer, and Apple Car. As Munster and Stockman note, “[T]he transportation opportunity is the best chance for Apple to step into a new growth curve.”

Finally, AppleInsider reports that a new survey found that 73% of respondents like the privacy changes Apple made in its iOS 14.5 update. The most popular feature was App Transparency Tracking, favored by more than a third of respondents. More than 60% said they planned to purchase AirTags.