The big news from Monday’s Apple Inc. (NASDAQ: AAPL) Unleashed event was the launch of two new MacBook Pro laptops. Both the 14-inch and 16-inch models were available for pre-ordering Monday and deliveries will begin next week.

The new MacBooks include updated versions of Apple’s first in-house chip, the M1 Pro and the M1 Max. The new names were the big surprise. The M1 Max contains 57 billion transistors. Benedict Evans, a former venture capitalist and now independent writer, pointed out on Twitter: “A new Mac chip will have twice as many transistors as all the CPUs in all the Macs Apple shipped in 1984.”

One surprise may have been a notch, a la iPhone, to accommodate the FaceTime camera. 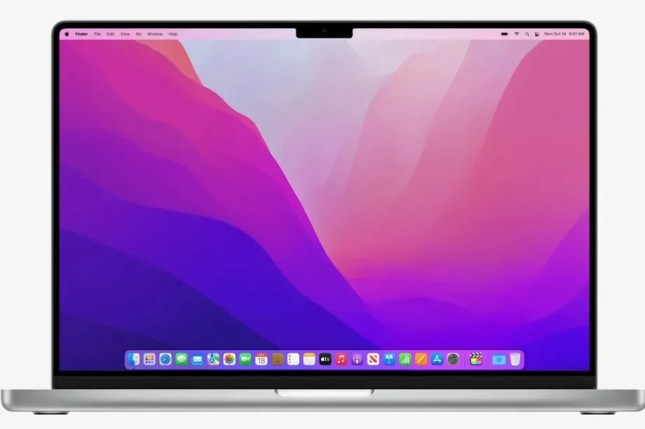 It’s interesting that the goal appears to be making the MacBooks look more like the iPhone. Not sure what, if anything, that means.

We noted Monday a report in the Financial Times on just how much money Apple is making as a result of the App Tracking Transparency (ATT) feature introduced in June and the company’s decision to add a second ad to the App Store search results page.

Mobile ad expert Eric Seufert, who said last April that “Apple is defining privacy as what benefits Apple,” acknowledges that Apple is capturing more ad dollars thanks to ATT, but he believes that the data source for the Financial Times’s story “is open to misinterpretation that potentially overstates the broader market developments in that time.” Seufert notes that ATT has been available for only four months and “has already reached a projected (or, rather, projectable) [annual] run rate of $5BN.”

He also noted a recent research report from an analyst at Evercore ISI that projects Apple’s ad revenue will reach $20 billion in 2024. That amounts to 17% of Apple’s services revenue–real money, even for Apple, and “an important, narrative-affirming growth vector” for the company.

One question worth pondering, perhaps, is whether complaints about Apple (such as the one that Epic Games and others have raised or sued over) will lead to regulatory changes that could affect Apple’s projected ad revenue growth. Both the U.S. Congress and the European Commission are currently searching for ways to change the way big tech firms like Apple, Google and Facebook keep their grip on people.

Apple also launched its third-generation AirPods at Monday’s event. The new headphones were available for pre-ordering on Monday and deliveries begin next week. The new AirPods list for $179 and support spatial audio and are sweat- and water-resistant.

The HomePod Mini still costs $99 but is now available in three new colors.

Apple introduced a new music plan called Apple Music Voice Plan that costs $4.99 a month and gives people access to Apple Music through the Siri voice assistant. The plan will be available later this fall in 17 countries.

Now that the new MacBooks are launched, Apple said it will release the next version of macOS (dubbed Monterey) next Monday. The new operating system will be available for free download in the App Store.

Google launches its Pixel 6 smartphone Tuesday, including its own in-house chip design, the Tensor system-on-a-chip. The launch event begins at 10:00 a.m. PT and will be streamed live.