LG: Even Third Place Is a Hard Place to Be 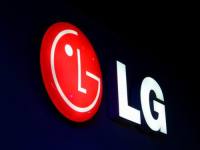 South Korean electronics firm LG is the third-largest manufacturer of wireless handsets in the world. Nevertheless, the company has struggled to make the business successful. It will not pull back from cellphone manufacturing, but it admits that its problems in the sector are big. In a world with too many handset firms, where the bottom-end of the market probably is not profitable, and the smartphone business already has dominant firms, LG will find itself in permanent trouble.

The South Korean firm remains committed to its mobile business and does not have any plan to ditch the loss-making operation, Park Jong-seok, chief executive of LG’s mobile communications business, told Reuters. His company has the balance sheet to remain in the race. But so do a legion of other firms, including Samsung and HTC, which have taken the high ground in the smartphone business along with Apple (NASDAQ: AAPL).

LG, like Nokia (NYSE: NOK) and Samsung, build a large number of their handsets for third-world and developing countries. Unlike smartphones, these products carry very low prices — and low margins. The cheap handset business is not likely to make LG a financial success. The company will have to challenge Apple and Samsung, and that will be nearly impossible.

LG is not the number three company in the smartphone business. It also is not the only large handset company that would like to shift more of its sales to high-end smartphones. Among the firms trying to do what LG wants to is Nokia, the world’s largest manufacturer of wireless phones. Nokia is desperate. And it has a hugely desperate partner in Microsoft (NASDAQ: MSFT), which is willing to invest at a level almost no other company can sustain to get market share for its Windows mobile OS.

LG cannot climb a mountain that even Nokia and Microsoft find nearly insurmountable. It cannot dislodge Apple, HTC and Samsung. Staggering smartphone firm Research In Motion (NASDAQ: RIMM) still has a large smartphone business, even if it is barely viable.

LG management may believe that its position in third place in the global handset business will make that operation very profitable, but the obstacles are too big for that to happen.