Is That Used Car a Good Value or a Scam? 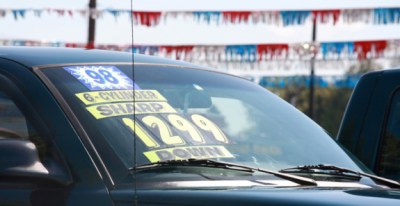 Source: Thinkstock
We have all heard the warning, “If it sounds too good to be true it probably is.” And if you’re in the market for a used car this weekend, you may want to pay special attention to that warning.

Car search engine and website ISeeCars analyzed more than 50 million used cars for sale by dealers between January 2012 and May 2014 and determined that a used car may be a potential scam if the asking price was abnormally below the average market value for the car. In other words, these deals looked like they might be too good to be true.

In June, U.S. consumers purchased an estimated 3.2 million used cars, about 2.3 times the number of new cars purchased in the month.

What ISeeCars discovered is that the lower the listing price of the car, the more likely it is that the deal is, in fact, too good to be true. The researchers found that a car priced at $12,000 or more has just a 0.3% chance of being listed at a price that is too low, or just three listings in every 1,000.

When the listing price drops to $3,000 or less, the chances of the listing being to too low rise to 5%, raising the risk by a factor of 16 that the listing is a scam. The smaller the dealer, the greater the likelihood of a scam, according to ISeeCars, and used cars more than 10 years old or with more than 100,000 miles are also more likely to be scams. The co-founder and CEO of ISeeCars said:

We found examples of car being advertised for much less than their market value or what they’re worth. The dealers’ hope is to lure potential buyers into the dealership in an attempt to sell them a different car or the same car but on an expensive financing plan. It may also be that the advertised car has some major undisclosed issue or it could be odometer fraud.

As in transactions involving all sorts of goods and services, unequal access to information about a particular vehicle works in favor of the seller, not the buyer. There are some things buyers can do to level the playing field, according to ISeeCars:

If you are planning a weekend visit to a dealer looking for a good used car after all the barbecuing and festivities, don’t be dazzled by the fireworks. Take a close look at the details beforehand.