Tesla Inc. (NASDAQ: TSLA) sold nearly 440,000 Model 3 sedans last year (it reported delivering nearly 500,000, a different metric), good enough to make the vehicle the 16th-bestselling car in the world. That’s about a third as many as the world’s top-seller, the Toyota Corolla, with 2020 sales of 1.13 million.

The data was reported by Focus2Move and cited in a report at Forbes. The Model 3 also overtook the Nissan Leaf last year to become the best-selling electric vehicle (EV) ever, with total sales of more than 800,000. The second-best-selling car in the world last year was Toyota’s RAV4, and the third-best was Ford’s F-150 Series pickup.

The introduction of new sport utility vehicles is expected to boost sales of EVs in a sector that accounts for about 40% of all vehicle sales in Europe and the United States. Tesla’s premium-priced Model X has had limited success, but the more modestly priced Model Y is expected to be a big seller this year. Of 88 million new cars sold last year, U.K., U.S. and Chinese sales accounted for nearly half: 42 million.

While the G7 summit meeting in England reaffirmed the rich nations’ goal to limit global warming to 1.5 degrees Celsius, the nations failed to provide the funds that most experts believe will be needed to make those goals a reality. G7 leaders did promise to cut emissions by half collectively by 2030 and agreed to stop funding next year for any coal project lacking carbon capture and storage technology.

The G7 also fell short of putting a date on ending fossil fuel financing. Last month, the International Energy Agency (IEA) released a new report calling for fossil fuel subsidies to be phased out in the current decade, along with policies that limit or eliminate incentives “for the use of certain fuels and technologies, such as unabated coal‐fired power stations, gas boilers and conventional internal combustion engine vehicles.”

Eliminating coal-fired electricity generation makes EVs even cleaner, according to CleanTechnica’s David Reichmuth: “Driving the average EV is accountable for significantly less carbon pollution than driving a gasoline car, and that difference has become more pronounced as time goes on.” Based on power plant emissions data from 2019, EVs sold to date were equivalent to gasoline-powered cars that got 93 miles per gallon. In 2018, that equivalence was 88 mpg.

Coal-fired plants, which generated 45 percent of US electricity in 2009, produced only 23 percent in 2019. Over that same time, grid operators added more solar and wind power. All of these changes mean driving an EV in 2021 is much cleaner than 10 years ago.

Maserati, a division of Stellantis, uncaged its new GranTurismo EV (in camo) on the streets of Modena, Italy, last week. The car is expected to become available later this year, and a GranCabrio EV is due late this year or early in 2022. 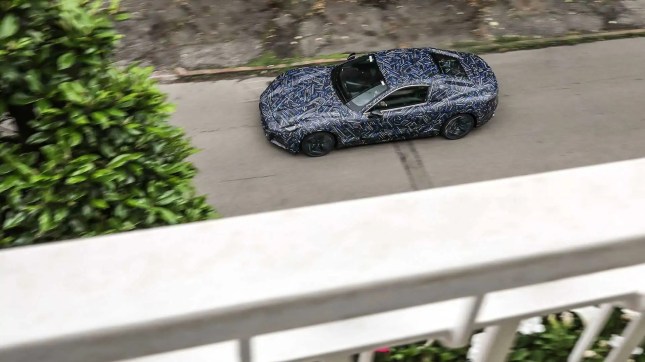 Finally, website Motherboard called into question the claim of auto data tech company Otonomo, an Israel-based firm that collects and sells location data on vehicles. While the platform can be a big benefit for fleet operators, Motherboard found that personal privacy may be at risk:

Otonomo also makes some of its location data available as part of a free trial. The data is supposed to be pseudonymous, linked only to a non-descript identifier for the car, but Motherboard found it is relatively easy to find who a car potentially belongs to and follow their movements. A source pulled data from Otonomo en masse and provided Motherboard with GPS coordinates of drivers in California, Berlin, and other cities, and that data can be mapped to track unsuspecting drivers wherever they go, and to determine their likely home addresses and identities.

Otonomo in February agreed to become a public company in a reverse merger with Software Acquisition Group II Inc. (NASDAQ: SAII). The agreement valued the company at $1.4 billion, and Otonomo is to receive around $307 million when the merger is completed.