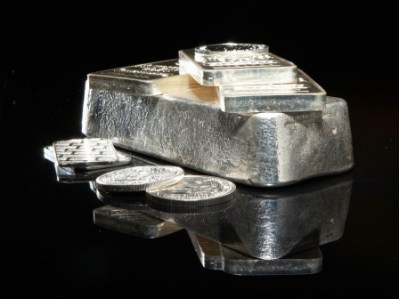 Source: Thinkstock
Credit Suisse’s Ralph Profiti has a note out on silver mining stocks. Investors will want to pay close attention because silver and gold have come back on strong. Profiti has some cautious comments and some mixed comments on Pan American Silver Corp. (NASDAQ: PAAS) and on Silver Wheaton Corp. (NYSE: SLW), now that earnings are behind them.

To prove how strong the silver market is, and also why they call silver the devil’s metal: the iShares Silver Trust (NYSEMKT: SLV) closed up at $22.15 on Thursday, versus a low of $18.83 on August 7. That is a gain of almost 18% in only six trading session.

Pan American Silver Corp. (NASDAQ: PAAS) reported second-quarter earnings at a loss of $0.07 per share. The company maintained its fiscal 2013 capital expenditure guidance at $157 million. Given sharp declines in the silver and gold prices, the company recorded a $185 million goodwill impairment charges at Dolores. Pan American was maintained as Neutral, but the price target was downgraded all the way to $14.50 from $20.00 in this research call.

Silver Wheaton Corp. (NYSE: SLW) reported its second-quarter earnings at $0.20 per share, but apparently there was no real update on the status of the Canada Revenue Agency tax audit. Credit Suisse said, “Our primary concern remains adverse changes to the Silver Wheaton tax structure, which is not factored into our valuation.” Nonetheless, the firm raised the price target to $28 from $22.50, despite only maintaining a Neutral rating.